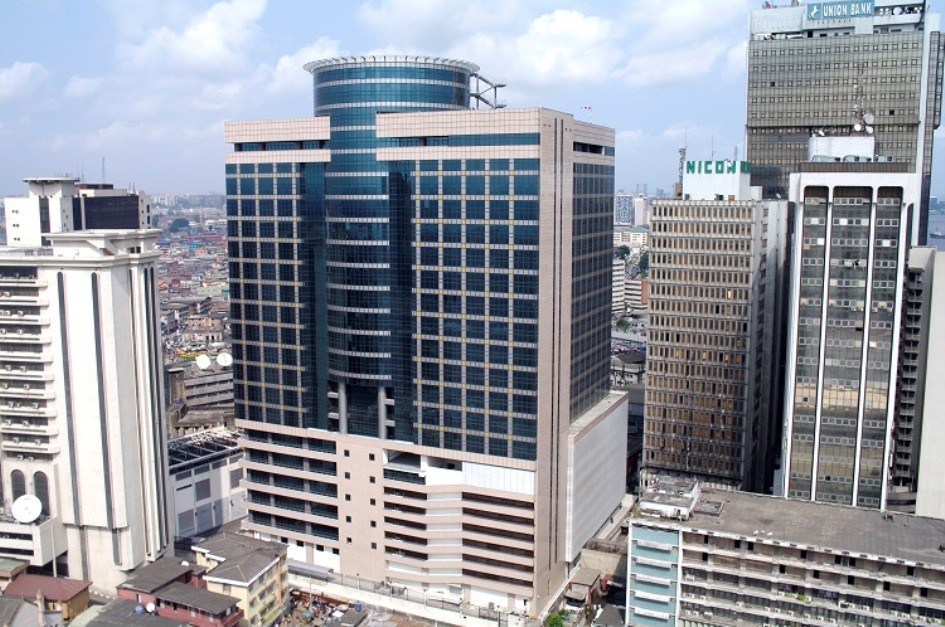 In this interview, a former commissioner at the Nigerian Electricity Regulatory Commission, Dr. Abba Ibrahim, explains his recent construction of a 750 kilowatts (kW) daytime and 75kW night-time hybrid solar power system to electrify the ministry of power building in Maitama Abuja, thus taking it off the expensive public power supply services. Chineme Okafor presents the excerpts:

You left the Nigerian Electricity Regulatory Commission (NERC) in 2015, and was for a long time its commissioner in charge of consumer affairs, what were some of your significant successes with regards to consumer affairs?

A lot, but as part of our collaborative works, we held seminars with the National Judicial Institute, for judges to discuss issues affecting the regulatory space and the relationship between the judiciary and NERC because NERC is also a quasi-judicial institution based on the EPSR Act. We made regulations which are somewhat law and of course, secondary legislations.

We also had hearings because we needed to understand power consumers.
We had consumers’ assemblies across the whole country. I handled that aspect, ran the programs across the country on behalf of the commission. We engaged with all stakeholders, we brought in consumers; community leaders; and operators in the field – Discos – who are really in the frontline with the customers. We brought in all the different customer categories. We had the commercial, industrial and residential, we also had dealings with civil society organisations, community-based organisations and several stakeholders who were involved in the enlightenment programme. It was an interesting part of my work because we had several people across the country.

We also established forum offices across the country, and I am very proud to say one of the key forum offices I set up was the Ikeja forum office sometimes around 2012, and Babatunde Fashola was the governor of Lagos State then and was in opposition government then. But I reached out, we convinced him, he came and commissioned that office which is clearly one of the key highlights of our accomplishments in office then because it was constituted by independent members of the society that are quite respected in their own field. We had representatives from the Manufacturers Association of Nigeria; the Chamber of Commerce; civil society group within the area; and the Nigerian Society of Engineers.

The statutory sabbatical placed on you and other past commissioners has ended, what are you up to now?

I came back to Proserve (a company he helped found) in 2016. It was tough to bring it back and make sure we meet all the statutory requirements to enable us to participate in both public, private and international tenders, and thankfully, since we started, we have been extremely busy and one of the highlights of our achievements today is the Power House hybrid solar project.

The Power House hybrid solar project is a pilot that came out from the Ministry of Power, Works and Housing and the whole idea is to make sure there is a decentralised distributed renewable energy source put into our power mix and this is an excellent opportunity which plugs into the current Power Sector Recovery Plan of the government. So, basically what this means is that it is an independent power source but commercial in nature. The Federal Ministry of Power, Works and Housing requested for an expression of interest sometimes in 2017, it was publicly advertised, and we participated in the bid process and emerged with the best technical submission.

We are working in partnership with a German company called Soventix – they’ve done a lot of these similar projects on a much larger scale around the world, and they are also working in Nigeria and have delivered successfully some similar projects. We are also working closely with Huawei, a Chinese OEM that’s going to provide certain aspects of the equipment like the inverters and combiner
systems for hybrid and also Likusasa which is a South African company that I have related with for over 15 years even before I joined NERC.
Likusasa is going to be the installer of this Power House hybrid solution, it will do the construction and also do the operation and maintenance over its lifespan.

What are the deployment terms in this hybrid solar power project?

It is a concession for a 10-year period and we are going to sign a PPA (power purchase agreement). The federal executive council had approved this project a couple of weeks back, it was made public, there was a pronouncement in the aftermath of the FEC approval, and so we have a consortium, and there is a provision for a diesel generator, but it is very small.

It is just in case of real emergency because we are going to be providing power that is more than what is required back onto the grid. So, it’s like a three-way arrangement – there would be power generation from our system for the Power House but if you take for instance, on a Sunday morning when the sun is shining up to Sunday evening and you have power been generated by this solar panels, and the ministry is not operating, what do you do with it. So, there is a very clever means, we have a management system that will push that power on to the Abuja Disco network, and it will be metered and sometimes if we have power from the grid and it’s optimal to take it and I am saying optimal because we are supplying power at a cheaper rate than what the ministry is paying today because the tariff for that building I believe is about N47 but our tariff is about N44, so it makes sense for us to even sell power to Abuja Disco who will make some margin from that, and makes sense for the ministry to buy power which is cheaper from us.

Does this guarantee stability of power supply to the ministry?

We are trying to guarantee 100 per cent power availability for 365 days without a failure, and that is the commitment of the PPA except if there are extraneous circumstances that are beyond us, but that’s why we are maintaining a German technical partner as our overall EPC who has done the engineering designs and will oversee the construction, installation, and guarantee the performance of the entire system. So, it is a project that we are excited and interested in showcasing the viability because a lot of other public buildings are very keen especially banks which are ahead of the call because they know their power requirements. This is certainly the future.

And what is the cost of the project?

By power projects standards, this is a small project, it is just under $2.5 million in terms of overall development cost, but like I said it is a pilot and it is going to generate a pipeline of similar projects that are of equal smaller or bigger sizes but we are envisaging to grow a portfolio of between $30 to $50 million in the next three to four years of such projects. We have already identified quite a number of locations that we’re going to be providing this guaranteed power supply. It is a 10-year concession renewable for another 10 years, we are going to invest our own money both equity and debt to develop the facility and then there will be a bank guarantee by the government which will enable us to raise the debt and also give comfort to the equity providers to build this project.

How about the power purchase agreement you signed?

The power purchase agreement (PPA) was part of the document put forward in the data room and we have gone through it. There is a bit of issue because it is novel in the sense that we are sending excess power to the Abuja Disco network. Unfortunately, in Nigeria we are yet to have a net metering framework, and so this kind of project gives us an opportunity to do this – people put rooftop panels on their homes and sell power to the grid, it is not rocket science, it is only the regulator that needs to step up its game. The PPA initially was envisaged as a tripartite PPA which is between the generator; the ministry as off taker of the main power; and then Abuja Disco to take the excess power. That’s the discussion, and everybody is on the table.

How long do you have to commission this project?

Six months to deliver the project. Our EPC has assured that six months is enough to put everything in place and we are confident because we know they have done it, we have seen it in Nigeria and internationally. So, this is achievable even though it is tough because we know there are still delays at the ports for certain equipment related to this project and those bottlenecks are there, but the ministry has given us all assurances that whatever support we need to make sure this project is put in place will be given to us. So, the timelines are clear – three for the government to issue the award, three months for us to finalise and achieve financial close and six months to commission. Of course, there were some slippages along the line which is nobody’s fault, but thankfully our PPA does not have to go through the NBET because it is below one megawatt and we only have to get the NERC’s mini-grid permit to ensure compliance with regulation.

So, since the government won’t subsidise the project do you have the confidence that it would pay its electricity bills?

The whole process went through a competitive tender and so, there is no subsidy to it. The energy rate we presented was 14.5 cents per kilowatts hour and the government came up with N44.25k per kilowatts hour and that is what is on our letter. Based on that, you could see clearly it is cheaper than the grid supply power for a commercial building like the Power House. So, it is win-win. So, our PPA covers the amount of energy we will supply at the rate which is in our financial model.

The tariff will vary with macro-economic parameters. So, it is a similar concept with the MYTO. On the payment of electricity by government, it is critical, and everybody is aware of the debts, especially the military where it is difficult to get money back. But in our case, this has been taken care of by underpinning the project on commercial bank guarantee. One of the highly rated banks in Nigeria will provide bank guarantee unlike the utility scale projects where you need PCOAs which is more or less a sovereign guarantee by the ministry of finance, and very cumbersome, this has been simplified, the government puts the money down, and the commercial bank issues guarantee if there is any default.

Are you worried about Nigeria’s import duties on solar components which has made it expensive to deploy solar despite its falling costs? 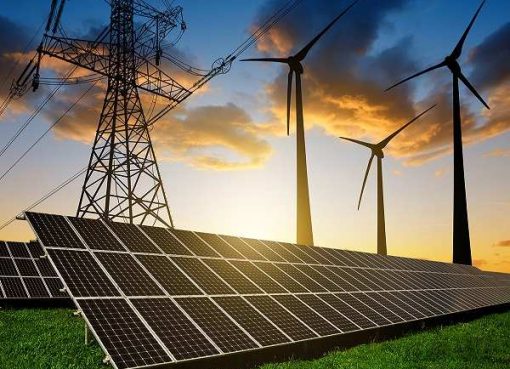 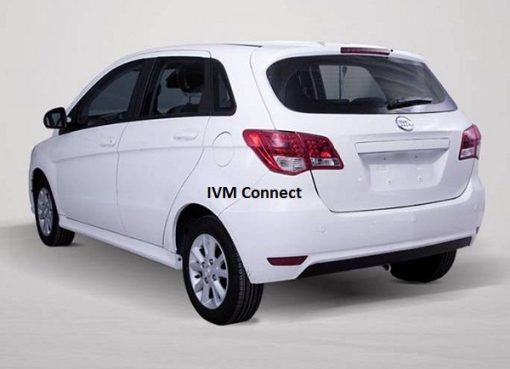 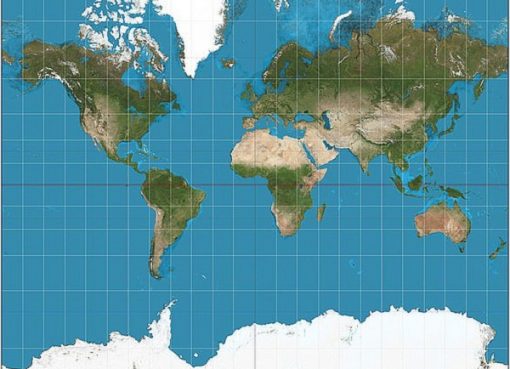 Our Maps Are All Wrong: Graphic Shows Just How Out Of Touch The Commonly Used Mercator Map Really Is