Skip to content
Home > Electrical/Electronics > Communication > Arm CEO: The Future of Technology Will Be Brought to You By The Number “5” 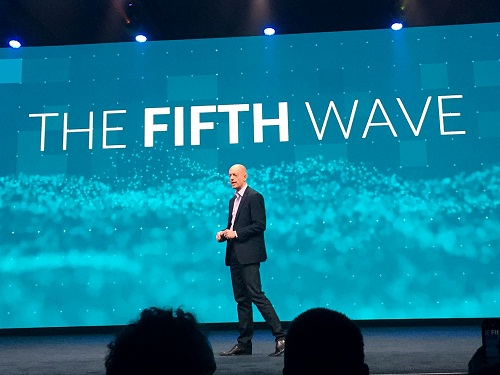 It’s not exactly clear which emerging technology will bring the next major advance that rocks the world but, like an episode of Sesame Street, there’s a good chance that it will be brought to you by the number “5.”

That was the theme of keynote addresses that kicked off Arm TechCon 2018, a gathering of 4,000 embedded-systems specialists held in San Jose, Calif., this week. Arm CEO Simon Segars counted through computing history: Wave 1, the era of mainframe computing; Wave 2, personal computing and software; Wave 3, the Internet; and Wave 4, mobile and cloud computing.

That brought Segars to Wave 5, something not so easy to define, at least at this early stage. It will, he indicated, involve computers in everything, but simply seeing it as the Internet of Things is too narrow. The 5th Wave, he said, “is an era of computing that will be data driven. The traditional algorithmic computing will give way to data flowing through machines and decisions made based on what data is telling us.

“We are thinking about the system, how it works end-to-end; it is the combined compute power that is this 5th Wave,” he added.

The 5th Wave will also make traditional ways of measuring computing power obsolete, Segars pointed out: “We shouldn’t measure devices on megahertz, gigaflops, or terawhatever. It is about the system: the devices, network, and the cloud all coming together.”

This wave “is going to create massive change across the tech sector and drive everything we will do for the next couple of decades,” he adds.

And we are at the earliest stages of this wave. That means “there is the opportunity for an awful lot of invention,” said Drew Henry, ARM senior vice president.

Because the 5th Wave of computing is all about devices that communicate, Segars took attendees on a quick trip through the history of mobile communications: 2G created the ability to send text messages; 3G involved being able to load music and videos onto a device; and 4G made it possible to stream video and music, thanks to low network latency.

5G, he said, will be the biggest change of all. Network providers will no longer be thinking about the number of people or screens in the world they need to serve, but about how many things we need to connect.

What will this mean for the user? We’ll have to wait and see—and the waiting will take….five years.

“I’m sure in five years’ time,” Segars said, “when I look back, I will see something that relies on all these connections, on the high-capacity networks. There will be some service we just all take for granted.”

“I just don’t know what that business will be,” he adds. “The question is—who will invent it?”

Looking beyond five years into the future, Segars predicted that in 2035, one trillion intelligent devices will be connected through 5G networks.

Marcelo Claure, the COO of SoftBank and chairman of Sprint, which is owned by SoftBank, echoed that prediction and calculated that it would translate into US $11 trillion in economic value created by the gadgets.

“There is a lot of money to be made,” Claure said. 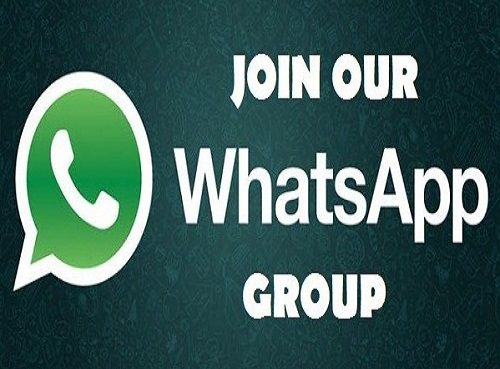 Your WhatsApp Groups May Not be as Private As You Think, expert warns 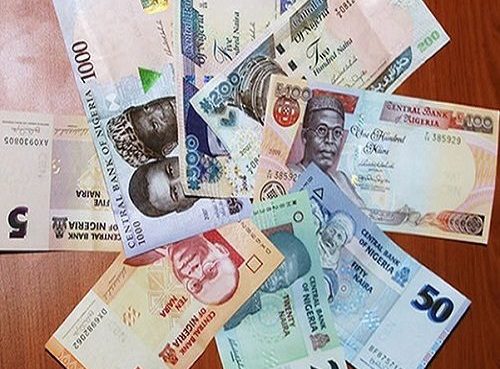 e-Naira: Paper Notes Will Be Out Of Circulation Soon –CBN 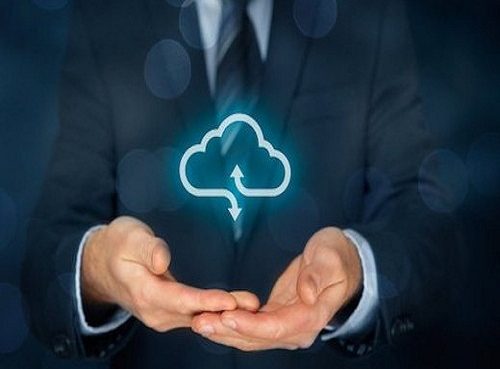 23 thoughts on “Arm CEO: The Future of Technology Will Be Brought to You By The Number “5””