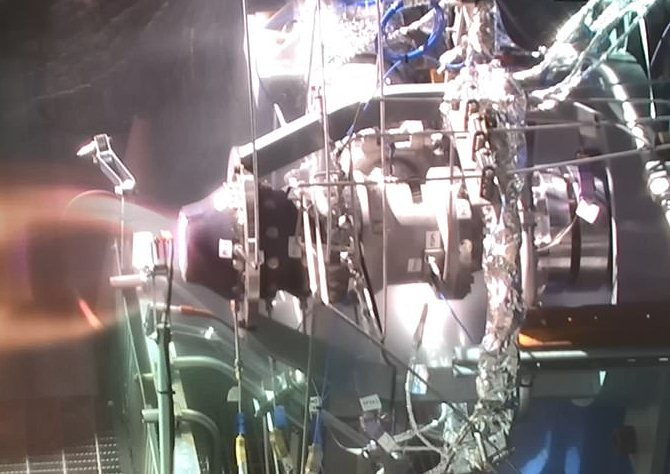 The world’s largest plane has taken another step toward its maiden flight after successfully completing the first hot-fire test of the PGA Engine.

Stratolaunch, the firm working to bring the aerospace vision of late Microsoft co-founder Paul Allen to life, says the high-performing engine will produce 200,000 lbf of force when the system is complete.

And, its only byproduct will be water.

The team completed the test on November 2 just weeks after passing a key taxi test at the Mojave Air & Space Port. 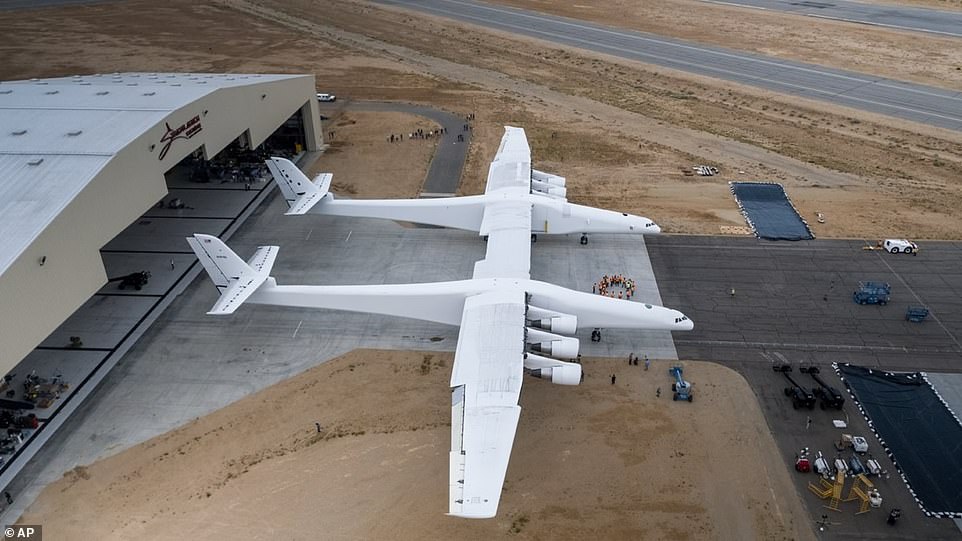 Stratolaunch, the firm working to bring the aerospace vision of late Microsoft co-founder Paul Allen to life, says the high-performing engine will produce 200,000 lbf of force when the system is complete. The megaplane is designed to launch a family of other craft

Stratolaunch was backed by Microsoft co-founder Paul Allen, who died in Seattle at the age of 65 last month from complications of non-Hodgkin’s lymphoma.

The hydrogen pre-burner was designed, fabricated, and tested in under a year as the firm races to get its massive craft to the skies.

With the latest accomplishment, they’re yet another step closer.

‘I am excited to share that Stratolaunch has completed our first successful hot-fire test of the PGA Engine fuel preburner,’ said Jeff Thornburg, vice president of propulsion at Stratolaunch.

‘This is the first step in providing the performance and highly-efficient design of the PGA engine.

‘The hot-fire test is an incredible milestone for both the propulsion team and Stratolaunch.’

The massive plane has a wingspan longer than a football field and comes equipped with two cockpits, 28 wheels and six engines normally used to power 747 jumbo jets.

Eventually it will be used to transport rockets carrying satellites and even a newly revealed manned space plane into the Earth’s upper atmosphere, where they will blast off into space.

‘When you see that giant plane, it’s a little nutty,’ Allen told Wired’s Steven Levy in an interview about the project earlier this year.

‘And you don’t build it unless you’re very serious, not only about wanting to see the plane fly but to see it fulfill its purpose. Which is getting vehicles in orbit.’

Wired also revealed the plane is so big, it had to meet building codes.

Allen used the fortune he made from Microsoft – whose Windows operating system is found on most of the world’s desktop computers – to invest in other ambitions, from tackling climate change and advancing brain research to finding innovative solutions to solve some of the world’s biggest challenges.

The SpaceShipOne technology was licensed by Sir Richard Branson for Virgin Galactic, which is testing a successor design to carry tourists on brief hops into lower regions of space.

‘If it has the potential to do good, then we should do it,’ Gates quoted his friend as saying.

Allen died Monday in Seattle from complications of non-Hodgkin’s lymphoma, according to his company Vulcan Inc. He was 65.

Just two weeks ago, Allen, who owned the NFL’s Seattle Seahawks and the NBA’s Portland Trail Blazers, had announced that the same cancer he had in 2009 had returned.

Gates, who met Allen at a private school in Seattle, said he was heartbroken to have lost one of his ‘oldest and dearest friends.’

‘Personal computing would not have existed without him,’ Gates said in a statement, adding that Allen’s ‘second act’ as a philanthropist was ‘focused on improving people’s lives and strengthening communities in Seattle and around the world.’

‘It starts to look like a building,’ Matt Stinemetze, Scaled’s chief engineer, who works on the project, said.

‘In fact, the way California treats it, it is a building. It has to meet codes for sprinklers and electrical power.’

The firm today announced a whole family of craft that will be launched by the megaplane.

The company’s unique air-launch system will use the world’s largest aircraft as a mobile launch platform, capable of deploying launch vehicles that will carry satellites to multiple orbits and inclinations on a single mission.

With these new vehicles, Stratolaunch is poised to make access to space convenient, affordable, and routine. 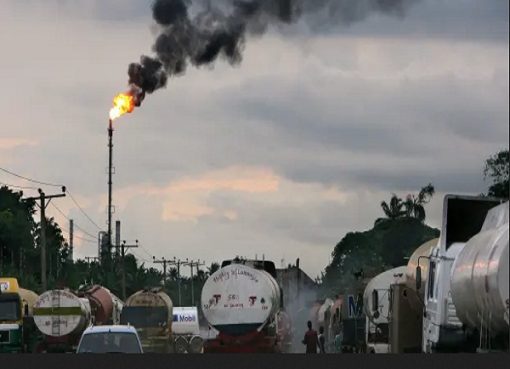 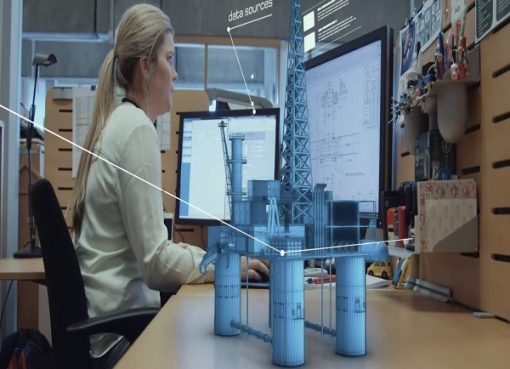 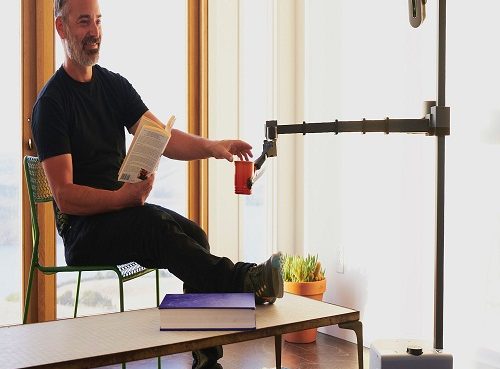