Telecommunications giant, Ericsson, on Friday estimated that by the end of 2024 a smartphone user would consume more than 21 gigabyte (GB) of data per month.

The report says that by 2024, data consumption per month on average would be nearly four times the amount consumed in 2018.
The report, in other words, estimated that the amount of monthly mobile data traffic consumed by a smartphone user would rise from 5.6 GigaBytes to 21 gigabyte .

According to Ericsson, in addition to the increased usage, the number of smartphone subscriptions is set to increase by 45 per cent, reaching a total of 7.2 billion.

According to the report, new video- watching behaviours will be the reason for the increased data consumption by smartphone users.
It also said that video currently stands out as the most significant traffic type consumed by smartphone users, at an average of 60 per cent of total traffic.
This is predicted to grow by 35% annually through 2024 to account for 74% of all mobile data traffic.

According to the report, traffic from social networking is also expected to rise – increasing by 24% annually over the next 6 years.

According to Ericsson, the increase in video data traffic per smartphone user has three main drivers which include, increased viewing time, more video content embedded in news media and social networking and an evolution to higher resolutions.

The report says that presently, most videos are streamed at low-definition and standard-definition formats 360p and 480p, respectively.

According to Ericsson, this was due to restrictions introduced by both content and communications service providers, as well as customers selecting formats with lower bitrates to get the most of their data bucket.
The report, however, says that user behaviours are shifting as network capabilities expand and are projected to change more drastically as 5G services are made available.

According to Ericsson mobility report, the streaming of high-definition (HD) video in 720p and 1080p resolution is increasing and the average resolution of a YouTube in some Long Term Evolution (LTE) network was already up to 720p.

The report says that user behaviours are shifting, with low and standard-definition video formats being overtaken by HD and Full HAD formats. How Artificial Intelligence Could Help With Early Detection Of Breast Cancer 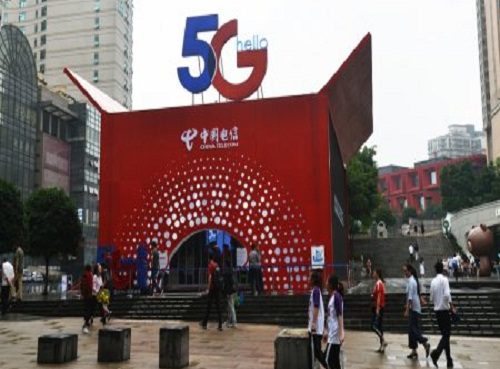