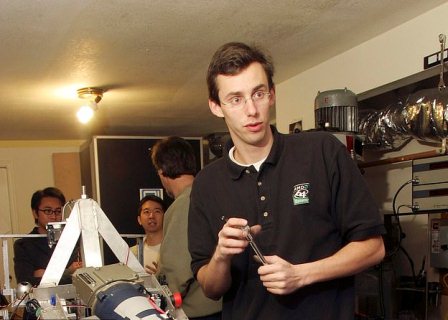 The controversial engineer at the center of Uber’s multi-year row with Waymo claims he has completed the longest coast-to-coast trip in a self-driving car across the U.S.

Anthony Levandowski, a former Uber engineer, told the Guardian that he didn’t touch the autonomous vehicle’s steering wheel or pedals during the four-day, 3,099-mile trip from San Francisco to New York City, aside from the occasional rest stop.

While the Guardian didn’t confirm the details of his trip, if it occurred as Levandowski described, it marks the longest recorded trip by a self-driving car without a human taking over.

He shot timelapse footage of his entire trip across the country in a video titled ‘A Weekend Drive.’

Levandowski tried to complete the daunting feat several times before going the distance: He tried once in late September, but only got as far as Utah, then again two weeks later, when he was pulled over by a Utah cop for driving too slow, according to the Guardian.

It’s unclear whether Pronto.ai was required to receive a permit in order to complete the 3,000-mile-plus trip.

Dailymail.com has reached out to the National Highway Traffic Safety Administration (NHTSA) for comment on the coast-to-coast test.

Levandowski shared details of the trip as part of an announcement that he’s launching a new autonomous driving startup, called Pronto.ai.

WHAT WE KNOW ABOUT THE COAST-TO-COAST TRIP

Levandowski rode in a modified Toyota Prius for the 3,099-mile trip from San Francisco to New York City.

This means it can control the speed and direction of the car, allowing the driver to take their hands off temporarily.

However, the driver still has to monitor the road at all times and be ready to take over when necessary.

Co-Pilot is being developed for commercial trucks and is slated for release in the first half of 2019.

The firm hopes to have the technology available for sale by the first half of 2019.

The software can control the vehicle’s speed, make sure the truck stays in its lane and prevent collisions.

It’s similar to Autopilot, the technology created by Elon Musk’s Tesla that’s already being used in its high-end electric sedans.

Driving a truck is a really hard job, and we think Co-Pilot can make it a lot easier on drivers, and reduce fatigue, while increasing safety,’ Levandowski told the Guardian.

For the cross-country journey, Levandowski rode in a modified Toyota Prius that was equipped with video cameras, computers and digital maps.

Unlike other self-driving software, Co-Pilot doesn’t rely on Lidar, or remote sensing technology that measures distance by shooting a laser at a target.

Instead, it’s made up of six cameras that are placed around the vehicle, while can understand a vehicle’s current surroundings and predict its future environment.

Unlike other self-driving software, Co-Pilot doesn’t rely on Lidar, or remote sensing technology that measures distance by shooting a laser at a target. Instead it uses cameras and AI software

WHAT ARE THE SIX LEVELS OF SELF-DRIVING AUTOMATION?

Level Zero – The full-time performance by the human driver of all aspects of the dynamic driving task, even when enhanced by warning or intervention systems.

Level One – A small amount of control is accomplished by the system such as adaptive braking if a car gets too close.

Level Two – The system can control the speed and direction of the car allowing the driver to take their hands off temporarily, but they have to monitor the road at all times and be ready to take over.

Level Three – The driver does not have to monitor the system at all times in some specific cases like on high ways but must be ready to resume control if the system requests.

Level Four – The system can cope will all situations automatically within defined use but it may not be able to cope will all weather or road conditions. System will rely on high definition mapping.

Level Five – Full automation. System can cope with all weather, traffic and lighting conditions. It can go anywhere, at any time in any conditions.

Tesla’s Model 3 Sedan – one of the world’s most advanced road-legal cars with autonomous elements – currently operates at Level Two autonomy. It is equipped for Level Three autonomy, which may be introduced in a future software update

Images collected by the vehicle’s cameras are sent to a computer in the trunk of the car, which is running AI software that quickly processes the data, the Guardian explained.

One-half of the AI flags common objects, like obstacles and signs, while the second part of the software uses that information to control the driving.

Another camera records the driver to make sure they’re alert and awake.

Tesla’s Elon Musk has previously pledged to drive an autonomous vehicle coast-to-coast, but has put it on hold several times. 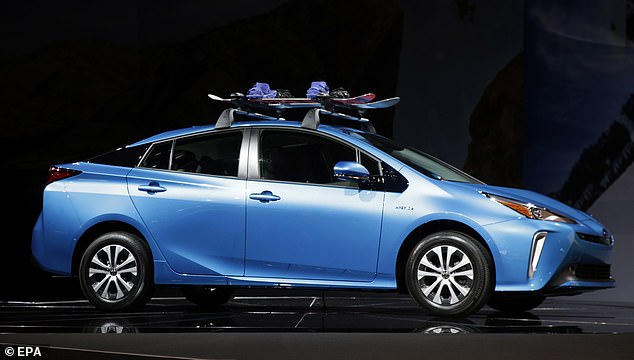 For the cross-country journey, Levandowski rode in a modified Toyota Prius that was equipped with video cameras, computers and digital maps to enable its semi-autonomous features

Levandowski will also have to try the semi-autonomous software out in a commercial truck, after testing it in a Prius.

In a blog post announcing Pronto, Levandowski acknowledged his past.

‘The “why” is fairly simple: I’m back because it’s my life’s passion to make the life-saving potential of autonomous vehicles a reality. 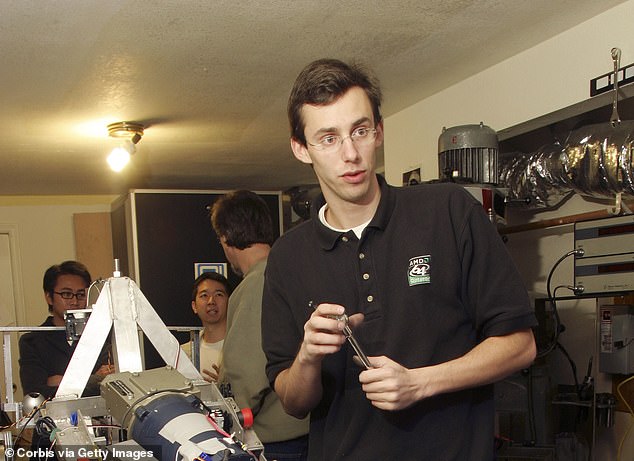 Anthony Levandowski (pictured) now faces the challenge of marketing Pronto.ai’s semi-autonomous tech to the broader industry given his scandal-ridden past at Waymo and Uber

WHO IS ANTHONY LEVANDOWSKI?

Levandowski was at the heart of a legal fight between Google’s parent company Alphabet and Uber.

The engineer they say is responsible for the theft is Levandowski who they allege downloaded 14,000 secret files before leaving Google in 2016 after nine years at the company.

A month after his departure, he founded Otto, a company which specialised in self-driving trucks.

In February this year, Alphabet filed a multi-billion lawsuit against Uber and Otto accusing it of stealing trade secrets.

Levandowski was called to give evidence in March but he pleaded the Fifth Amendment throughout, refusing to answer questions on the grounds that his answers may incriminate him.

Levandowski told the Guardian that Pronto’s goals are ‘very concrete,’ adding that he believes ‘we can deliver.’

Waymo, which is owned by Google parent company Alphabet, alleged that Levandowski stole trade secrets from it before he left to go to Uber.

Levandowski was called to give evidence in the trial but he pleaded the Fifth Amendment throughout, refusing to answer questions on the grounds that his answers may incriminate him.

An article from the New Yorker also detailed how Levandowski took a ‘move fast, and break things’ approach to testing autonomous vehicles and, at times, ignored safety requirements.

WHAT IS LIDAR TECHNOLOGY AND HOW DOES IT WORK?

Lidar is a remote sensing technology that measures distance by shooting a laser at a target and analysing the light that is reflected back.

The technology was developed in the early 1960s and uses laser imaging with radar technology that can calculate distances.

It was first used in meteorology to measure clouds by the National Center for Atmospheric Research.

The term lidar is a portmanteau of ‘light and ‘radar.’

Lidar uses ultraviolet, visible, or near infrared light to image objects and can be used with a wide range of targets, including non-metallic objects, rocks, rain, chemical compounds, aerosols, clouds and even single molecules.

A narrow laser beam can be used to map physical features with very high resolution.

This new technique allowed researchers to map outlines of what they describe as dozens of newly discovered Maya cities hidden under thick jungle foliage centuries after they were abandoned by their original inhabitants.

Aircraft with a LiDAR scanner produced three-dimensional maps of the surface by using light in the form of pulsed laser linked to a GPS system. 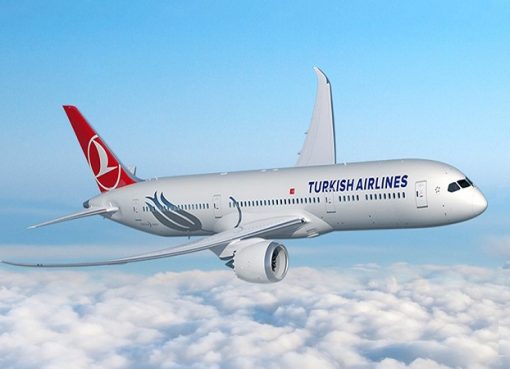 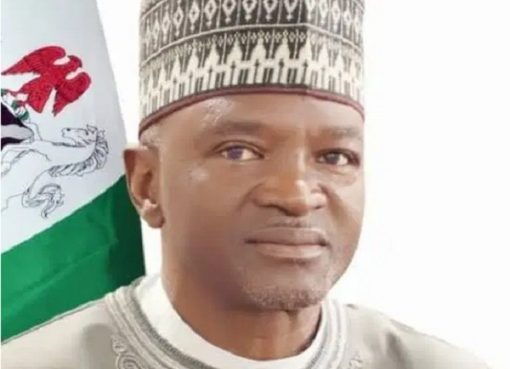 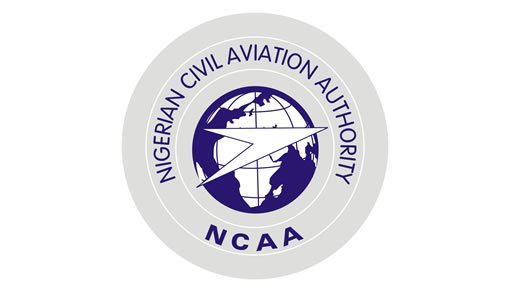