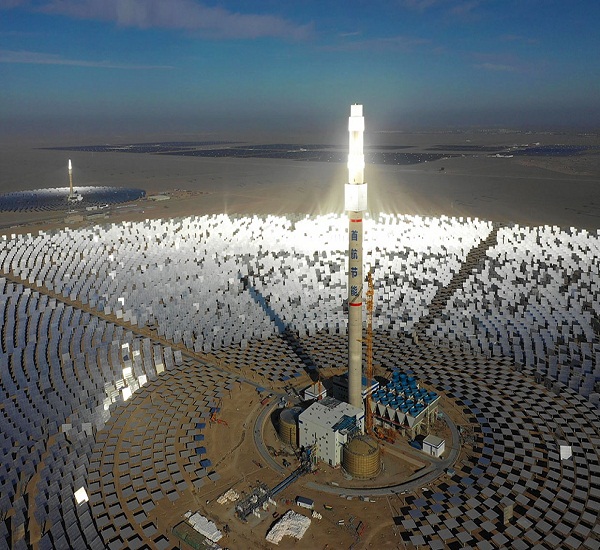 In the final days of 2018 a 100-megawatt solar thermal generating station capable of running around-the-clock, 365-days-a-year connected to the Northwest China regional power grid. It was a race against time to commission the plant in temperatures as low as -20 celsius—and one that plant designer and builder Beijing Shouhang Resources Saving Co could not afford to lose.

“We must finish on time. Otherwise we may face a heavy financial problem,” says Chen Han, Shouhang’s director for international markets.

Shouhang was racing to beat the Chinese government’s December 31, 2018 deadline to secure a guaranteed price for the plant’s power. The deadline was part of an aggressive demonstration program launched in September 2016 to slash the cost of solar thermal power and catapult Chinese firms to the head of the global pack—much as China did with solar photovoltaics.

Alas, a little more than two years later, China has stumbled on the path to solar thermal supremacy. While Shouhang’s and two more of the program’s 20 approved projects met the deadline, four others were cancelled last year and the remaining 13 projects are in limbo.

Solar thermal plants are a potentially crucial power source for global grids as they add more wind and PV solar. Unlike their weather-dependent cousins, solar thermal plants can efficiently store heat and then raise steam for their turbine-generators at will. They can thus dispatch power when it is needed most, reducing grid reliance on conventional gas, diesel and coal-fired generators.

However, the technology is comparatively costly and thus growing slowly relative to PV and wind. The technology took a public relations hit back in 2014 when birds killed by intense solar flux at the largest U.S. plant sullied solar thermal’s eco-friendly image. China’s program has been viewed as an opportunity to put solar thermal technology back on track, but the delays and cancellations mean it will fall far short.

The government anticipated adding 5.3 gigawatts by 2022—more than has been installed to date worldwide since the technology’s debut in the 1980s. Adding six more facilities that have a shot at starting this year would bring China’s total to just 550 MW, according to the Beijing-based Du Fengli, the Alliance’s secretary general. Two years from approval to completion was too short since most projects targeted high-altitude desert regions in China’s Northwest, a region with fantastic solar resources that also experiences long, punishing winters that limit outdoor construction to as few as seven months.

Du adds that many players were trying to jump into solar thermal energy without prior experience building an entire plant, let alone one of commercial scale. The three projects that met the deadline are the exceptions that prove that rule.

Shouhang, meanwhile, erected its own ¥3-billion power tower plant on the southwestern edge of the Gobi Desert in Dunhuang, in Gansu province, adjacent to a 10-MW plant that it began building in 2014.

In a bulletin announcing the 100-MW plant’s startup Shouhang likens it to, “a silver sunflower blooming on the Gobi.” A field of 11,935 heliostats—each up to 115.5-square-meters across—illuminate a 260-meter-high tower where the energy heats a mix of molten nitrate salts. Tanks hold enough hot salt to operate the plant’s steam turbine for 11 hours, enabling continuous power output with or without sunlight.

Shouhang’s core business is heat transfer devices, so it was able to develop and manufacture the bulk of the plant’s solar equipment in-house, according to Chen. The firm also learned a lot from operating the pilot plant. “We have very complete experience,” he says.

Chen says the new plant is completing tests mandated by grid operator State Grid Corp. of China before it can enter regular operation. He says that so far no one has observed dead birds around the tower. That’s as expected, he says, since the site is not frequented by many birds and is not along a migratory bird flyway.

Shouhang helped build CGN’s plant and is under contract to build others. It has also taken over another 100-MW power tower project in Gansu whose developer backed out last year. But Chen says those opportunities are on hold because the power price for further plants has not been set. Such uncertainty makes it difficult to secure financing for future projects.

Du at the Alliance says the rates will be less than the ¥1.15 ($0.17) per kilowatt-hour secured by the first three projects. She says officials have indicated they will be ¥1.14 for plants completed this year and ¥1.10 for those starting up in 2020 and 2021, but the government has yet to put those prices in writing.

Much hangs in the balance as China’s solar thermal developers struggle to sustain the anticipated build-out. Recent modeling from Beijing-based Tsinghua University suggests that solar thermal power plants can slash the cost of managing variable wind and solar power. For example, they found that replacing 5-20 percent of Gansu’s planned wind and solar PV generation with solar thermal plants would provide flexibility worth 24-30 cents per kilowatt-hour to China’s State Grid—a benefit well above the tariff that Shouhang raced to secure.

At the same time, some top solar researchers are warning that Chinese developers promising big cost cuts could pose a risk to the sector. Exhibit A, they say, is a record low 7.3 cent/kwh bid for power from a big plant in Dubai to be engineered and built by power equipment giant Shanghai Electric. “Something is nonstandard in that bid,” cautions Johan Lilliestam, a professor of renewable energy policy at the Swiss government laboratory ETH Zürich in a recent publication from the Paris-based International Energy Agency.

Robert Pitz-Paal, who chairs an IEA solar thermal research program, stated in the same report that “unseasoned Chinese firms” will hurt the technology’s global standing if they can not deliver: “If they fail, this may become the coffin nail for the technology as the confidence of clients in CSP and its potential for cost reduction may be damaged strongly by Chinese suppliers.” 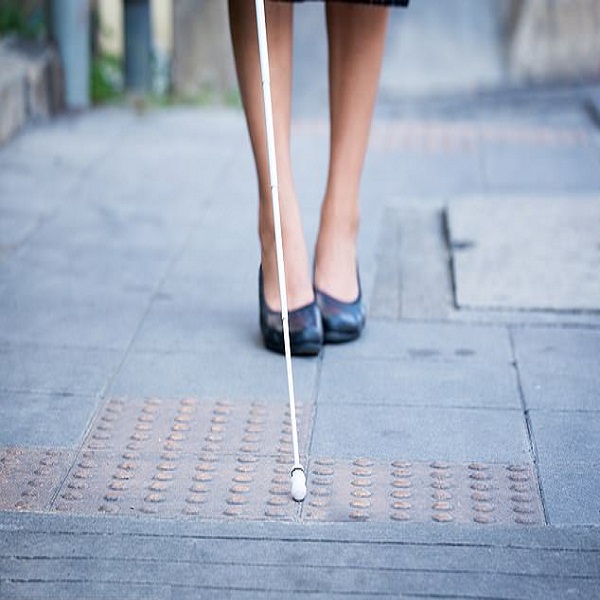 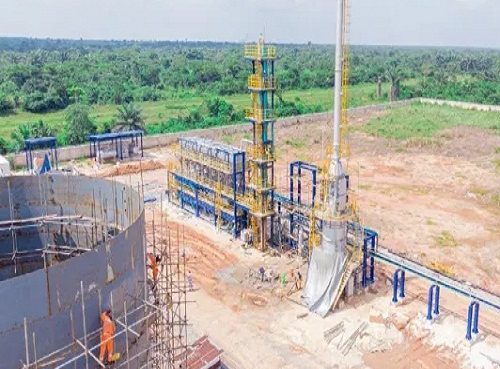 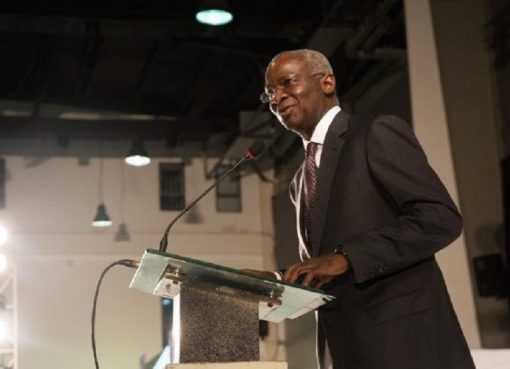 SERAP to Court: Compel Fashola to Account for Spending on Power

One thought on “China Staggers On Path To Solar Thermal Supremacy”