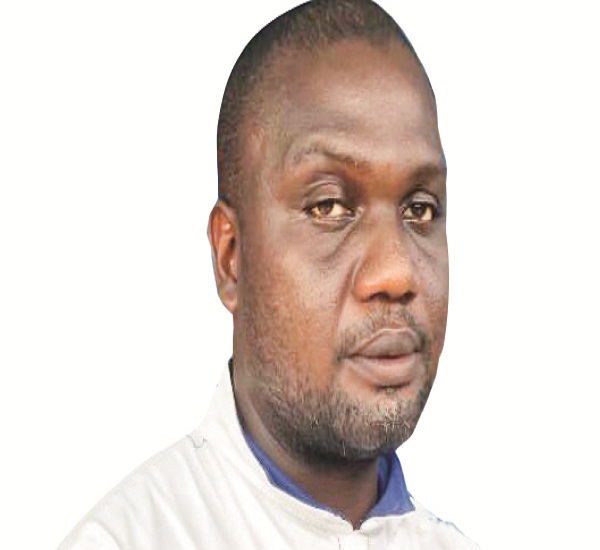 The surname of Alex Christian Akwiwu rings a bell in the brain of anybody who lived in the Southeast in the 60s and 70s, up to early 80s. His father who established Akwiwu Motors was a popular and major distributor of Peugeot cars in the heyday of that vehicle which models like 404, 504 L and 504 GR as well as the 504 wagon which was used as an intercity commercial vehicle before Peugeot Automobile of Nigeria, Kaduna, almost became moribund.

Alex who is from Nwangele Local Government Area, Imo State, studied Agricultural Engineering at the Federal Polytechnic, Nekede, Owerri, Imo State and graduated in 1994. After that he travelled to Spain and lived in Madrid for 15 years. While there he studied Automobile Technology between 2003 and 2012. In this interview, he talks about his foray into automobile manufacturing.

When did you return to Nigeria?

I returned to Nigeria with some of the machines and tools I was able to procure during my stay there. Then I began to practice my profession in 2011 in Nigeria at the inception of the administration of Governor Rochas Okorocha. I started by providing auto repair services and maintenance. I continued to do this to raise money to support my auto-design and research efforts. In 2016, I was able to manufacture my first vehicle from scratch. It is a very rugged, made-in-Nigeria vehicle that looks like a military vehicle and is able to withstand the rough nature of Nigerian roads. I called it the Combatant.

When you produced the Combatant, did you exhibit it and what reaction did you get from the government and the public?

The vehicle was presented to some big personalities in Imo State like the then Commissioner of Police, Mr Taiwo Lakanu and the Chairman of the Police Community relations Committee, Mr Chima Chukwunyere. The vehicle was also driven to Abia, Rivers and Anambra states. The aim of the visits to the states in the South East was to test run it and evaluate its mechanical and road handling capabilities. With the experience and insight gained from the trips, I made significant improvements in the technical and ergonomic design specifications. From the information gathered from these extended road tests, I was able to produce my second model of the vehicle in 2017, but the second one had improved features in terms of body, suspension, transmission systems, etc.

When you produced the improved version, what reaction did you get from people in a position to help push this laudable venture?

They all commended the effort. The vehicle was presented to Governor Rochas Okorocha at the Government House. Then the vehicle was driven to Ondo State to participate in a motor rally in Akure on the special invitation of Elizade Motors, the representative of Toyota Motors in Nigeria. After the event, Governor Rotimi Akeredolu test-drove the vehicle. Driving the vehicle all the way to Akure to participate in the rally was part of test-running it. Then it travelled to Cross River and Akwa Ibom states. Nigerians everywhere were excited about it.

I have been solely responsible for funding this project from the income I have earned from automobile repair and maintenance services. No financial institution or government agency has provided any financial support. In fact, the Minister of Science and Technology, Dr Ogbonna Onu visited my office on April 3, 2018 and was impressed with my achievements. So the federal government is aware of my project. I wrote and invited him to visit us, to see things for himself, and he honoured the invitation.

Given your experience and what you have achieved so far, you have been able to show that you have capability to design and manufacture hand-made customized vehicles, what specific form of support or assistance do you want from the government?

I want certification for what I am doing from the National Automobile Council, the Standards Organisation of Nigeria and the Manufacturers Association of Nigeria (MAN). I am a member of the MAN. I would also be glad to get the certifications of other relevant bodies and agencies. I do not need their financial assistance. If I am able to have a vehicle product today, people will patronise me, so I don’t need the financial assistance of these institutions. All I need are certifications. Anybody producing pure water today must have NAFDAC number just like anybody pharmaceutical drugs or packaged foods in Nigeria must get NAFDAC number. In the same way I want the certifications of the relevant institutions that govern what I am doing. Now that I have successfully built and tested a vehicle product that has been acclaimed by credible people, my desire is to begin to produce these vehicles in high numbers and thereby create employment. For me to do that and introduce the product to the market, of course I need certification which has to be done transparently and solely on the merit of the product, without any extraneous conditions or considerations being introduced into the process – you and I know about the Nigerian Factor. I am believing God to be on our side in that quest.

Apart from technical or engineering design issues, have you had any other challenges in the course of doing this?

At the height of the agitation for the restoration of Biafra, there was a speculation that went viral, to the effect that I had been contracted by the self-determination groups, to vehicles which they would use to fight the government, probably because the vehicle has rugged features like a military vehicle. I think what gave rise to that was the fact during our test-drive tour of the South East, we went to Umuahia, the capital of Abia State to show the vehicle to government officials and to the public, just as we did in all other state capitals that the vehicle travelled to for test run. While in Umuahia, we made a brief stop-over at Nnamdi Kanu’s place and he saw the vehicle and commended us just like other celebrities and notable personalities that had seen the vehicle and tested it. The next thing that we saw on saw media was the fake news about that brief stop-over. There was no iota of fact to that speculation. Because of that false story, I was invited by the Department of State Services. That experience was a very big discouragement to me.

The DSS asked me to present the vehicle for inspection. I was also interrogated about it. After a thorough inspection, nothing incriminating was found either in the design or functionality of the vehicle. They accepted my explanations and examined my engineering hi and then advised me not to allow my engineering career and efforts to be politicised. After that experience, I decided to drop the development of the Combatant.

Given that experience have you changed your auto-design and manufacturing direction? What are you doing now?

The vehicle I have designed which I am working on is purely for civilian purpose. It is called the celebrity vehicle, which is a highly customised limousine for upper class individuals who can afford it. I am getting ready to commercialise it. It have electronic-controlled engine, GPS guidance systems that are compatible with Google Earth. It will have an Android interface and Blue Tooth technology that will allow you play music from your phone through the sound system in the vehicle. That way, your smartphone serves as your entertainment system. You answer make or calls through your phone by simply speaking to the car. The special microphone on the dashboard will pick up your voice and transmit what you said to the phone.  It will have reverse camera, which would allow you see what is behind you on a screen on the dashboard. If you are reversing and the vehicle senses an object it will beep to alert you that you are about to hit an object behind. The vehicle has several options. Of course it will have TV screens and small specialised fridge for drinks and water. The seats and leather will be fantastic. It will be like a palace on wheels and have other interesting features suitable for celebrities. That is why we call it The Celebrity.

Promotion and marketing are very important for the success of any product. Have you considered allowing major Nollywood film producers or advertising agencies to feature your vehicles in their productions as an indirect way of promoting them?

In developed countries, such things happen. I remember that one of the James Bond films featured a specialised BMW and the NOKIA Communicator smartphone that had all kinds of features and capabilities. James Bond (Pierce Brosnan who played the role) used the phone to start the car and drive it out from where he parked it to where he was hiding from the people pursuing him and then drove away. The film was a very good promotion for the BMW and the phone. Such collaborations happen all the time in developed countries. And that is why their industries and economies grow because there are interactions for mutual benefits. I will be interested in mutually beneficial interactions and collaborations. However, I will not want situations where somebody would begin to ask me for money for such promotion. I do not have the money for it.  If any serious individual or group will come forward for a genuine discussion, my doors are open and I would be interested to listen what the person has to offer in support our efforts. If I have the opportunity for mutually beneficial collaboration, I will embrace it. But as I said earlier, if it involves financial expenditure, I may not be able to do that because I do not have the money. I keep scratching for money (from rendering repair and maintenance services) to put into my project, so where will I get the money to invest in promotion? Any serious person or company can come forward for a discussion, my doors are open and I am willing to listen.

Since you embarked on The Celebrity Project, has there been any positive response from the target market for it?

Actually I have received very encouraging response. For instance, a very respectable person in the society has shown great interest in the project and waiting seriously to have it. I can say that this will be the beginning of my exposure to the market for high-end customised civilian vehicles. The project has garnered a lot of interest from people in the South East who have listened to me talk about it.

Now, how are you giving back to the society, particularly youths, our next generation?

I have been trying to impart knowledge to young people. On a radio programmes I announced a project which I handed over engineering students of the Federal University of Technology (FUTO), Owerri, who are undergoing industrial training in my company. The project they are working on will solve a transportation problem in Imo State and across Nigeria. Anybody that can purchase a Keke Napep will be able to buy the vehicle which these students are working on. It is called The Mobility. In no distant time these students will also become vehicle manufacturers too. I always say that I have nothing to hide. If I don’t transfer knowledge to these young ones, I have not done anything good to myself. In fact God will be angry with me because the gift (talent) He gave to me was not used to bless humanity and glorify His name.

How do you relax?

(Laughs heartily). What I do is that I go over to my favourite watering hole (bar) to have a bottle of beer and chat with my friends. (Laughs heartily again.) 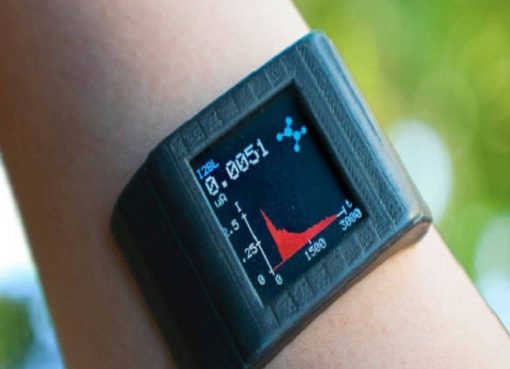 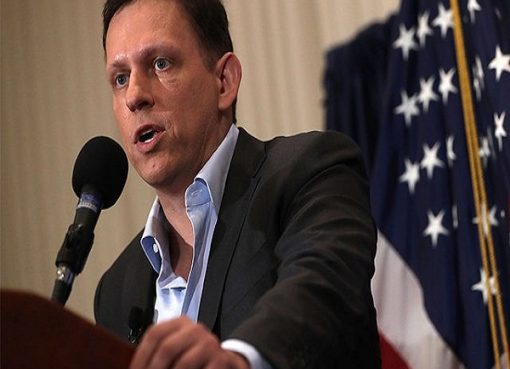 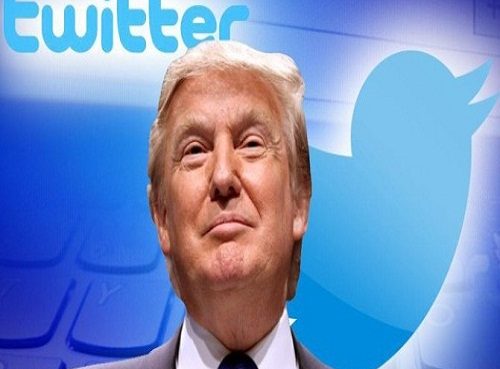