Several companies are developing helicopters that could replace the U.S. Army’s aging Black Hawk fleet in the coming decades. One of those futuristic aircrafts, Sikorsky-Boeing’s Defiant, took its first test flight two weeks ago.

The Boeing Defiant is based on Sikorsky’s experimental X2 technology, which holds the record for being the fastest helicopter technology in the world. A demonstration craft reached 435 km/h in 2010, beating the 1986 record of 400 km/h by the Fédération Aéronautique Internationale.

“The Defiant design represents a leap forward in vertical lift technology,” says Boeing spokesperson Randy Rotte. “While it can fly at nearly twice the speed and has twice the range of conventional helicopters, it retains the very best, if not better low-speed and hover performance of conventional helicopters.” The Black Hawk has a top speed of about 290 km/h and combat range of 580 km.

The craft’s unconventional design consists of dual coaxial main rotors—two rigid rotors that spin around the same axis in opposite directions—and a push propeller in the rear. This combination provides unique capabilities. The powertrain distributes engine power between the main rotors and the rear propeller, says Rich Koucheravy, business development director on the Future Vertical Lift program at Sikorsky, which is part of Lockheed Martin. “For example, the allocation of main rotor thrust and prop thrust may be different during a high speed flight and a low speed, high G maneuver,” he says. This means the pilot can efficiently operate the aircraft during both conditions.

The large propeller on the tail performs two major functions, Rotte says. “The obvious one is that it pushes the aircraft to speeds during cruise flight that conventional helicopters cannot achieve. The less obvious capability is an additional thrust vector in all modes of flight.” The propeller can act as a brake to slow the aircraft down, and pilots can use it to hover either nose-high or nose-low depending on the needs of the mission.

Sikorsky’s main rival is Bell Helicopter Textron, whose V-280 Valor helicopter, which took its first test flight in December 2017 and made its public debut in June 2018. Both are competitors for the Army’s Future Vertical Lift contract, and are pushing for high speed, capacity, performance, long range, and fuel efficiency.

The V-280 is a tilt-rotor aircraft, only the second such design after the V-22 Osprey built for the military by Bell/Boeing. The design involves rotors that pivot, so that the craft can fly vertically for landing and takeoff or cruise horizontally like an airplane. But while the V-22 Osprey is a complicated, costly beast (price tag $70 million) which tilts its entire turbine engine, Bell says its V-280 is smaller and lighter, making it more maneuverable, and it comes in at $20 million. And it beats the Black Hawk with twice the top speed at 560 km/h; more than twice the combat range at 1480 km; and 30 percent more cargo capacity.

The Defiant was scheduled to conduct its first test flight in 2017, but technical challenges forced the company to push back until late 2018, and then a second delay came in December 2018. “The time it’s taken us to get to first flight is really a reflection of how far we are pushing the envelope on developing new and game-changing technology,” Rotte says.

These include not just the unconventional design but also the use of advanced manufacturing technologies, which should ultimately help the Army because they will allow fast, low-cost aircraft production. For instance, the company chose to make the blades using Advanced Fiber Placement, a method used to manufacture lightweight, strong composite materials that has been used to make other smaller aircraft parts before. Other manufacturing techniques they are using include digital sand casting and additive manufacturing. “We are also leveraging digital design techniques including virtual reality to reduce manufacturing complexity,” he adds. 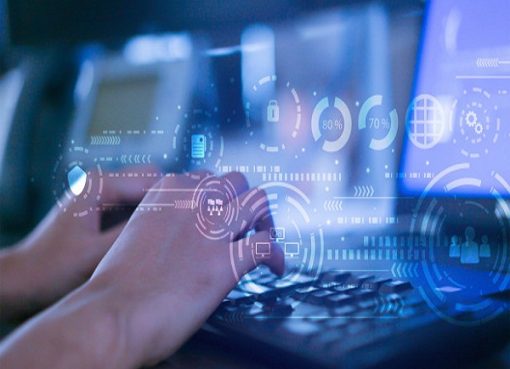 Putting A Spin On Organic Semiconductors