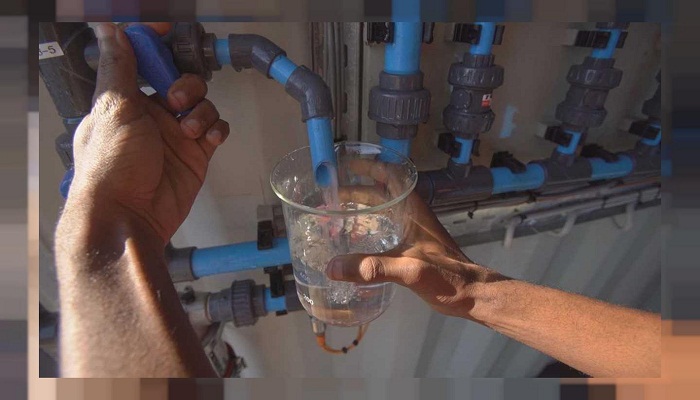 In this episode of Futuris, we meet the African and European scientists working together to find ways to disinfect water for domestic use in remote, isolated places in Africa, using sustainable and affordable technology. The researchers say one solution could lie in a small pilot water treatment plant currently being installed in southern Mozambique.

Mozambique is one of 16 sub-Saharan countries belonging to the Southern Africa Development Community.

Around 40% of the community’s population has no access to safe water – that’s around 130 million people.

The small town of Ressano Garcia, near the border with South Africa, illustrates the gravity and urgency of the situation.

“Right now, 14,000 people live in this town, Ressano Garcia,” explains Silvestre Mario Trigo, technical manager at the Ressano Garcia water treatment plant. “Not all of them have access to drinking water. So they turn to the river. But the water in this river is not treated. So when it reaches the households, it causes diarrhoea and other water-borne diseases”.

Contaminated water can also spread diseases like cholera, dysentery, typhoid or polio, even though in Ressano Garcia diarrhoea is the most common.

The local health centre takes care of some 500 patients every day. Around 10 per cent of them suffers from diarrhoea.

Abdul Rafael Sega is the director of the town’s medical centre:

“One of the reasons for most cases of diarrhoea and diarrhoea-related diseases is the quality of water. It is very, very clear that the better water people have access to, the greater the improvement in the health of the entire population would be”.

Providing safer water is the aim of this pilot unit being installed on the premises of the town’s decaying water treatment plant.

The prototype was designed to degrade harmful pollutants such as pesticides and inactivate microbes and pathogens.

It uses a technology called “electro-chemical oxidation” that produces ozone in the polluted water. The ozone acts as a cleaning agent.

Amiro Abdula Martins is a civil engineer with Salomon LDA. He explains how the pilot system works:

“The station is able to treat the water over very different processes; coagulation, decantation [the splitting of liquids] and different phases of filtration. The system creates ozone in the water. This ozone is a characteristic of the high quality of the water; it effectively cleans the water. Our studies have shown that this system is able to clean between 80 and 90 per cent of all dirt present in the water”.

In South Africa, researchers had previously installed a bigger pilot plant 40 km south of Johannesburg using similar technology. The plant filters and cleans water from a nearby polluted river and an adjacent treatment plant.

Both that plant and Mozambique’s small disinfection unit are part of a European Union research project aimed at providing safer water to rural and peri-urban African populations in efficient and affordable ways.

The South African plant has a maximum capacity of 1,300 litres of water per hour, says Zakitni Ngrobo, a water scientist at Tshwane University of Technology:

READ ALSO  Get Nigeria Working With ICT, Uwaje To FG

“In total, we try to clean at least 10,000 litres of water a day — water that’s drinkable, not harmful to human health and that can be used for both domestic purposes and for irrigation”.

The disinfection system is based on a special type of metal electrode.

Once filtered, the polluted water comes into contact with these electrodes. The electrodes then create the ozone that inactivates the germs.

Mbali Ntuli is also a water scientist at the Tshwane University of Technolgy. She explains the process:

“From the oxygen [in the water], we are going to add another molecule of oxygen, so we obtain O3. This is the ozone, which is being produced from just the water and the electricity. After that, it reacts with the water to kill the microorganisms, the pathogens, thus making the water much cleaner”.

Researchers want each station to be autonomous and built with as many African-made and green materials as possible.

Mark David Woods, a mechanical engineer with Virtual Consulting Engineers, says that decision was vital to the sustainability of the project:

“We said we were not going to use any chemicals for the disinfection process. The reason for that being is that it is difficult [to get them], especially if you want to go into rural communities, where the access to chemicals is very limited”.

This research effort is developed as part of the Horizon 2020 Programme.

European researchers have been working on how to prepare the water for treatment in a way that will maximise the effectiveness of the disinfection process.

The quality of the water in both South Africa and Mozambique turned out to be much worse that scientists had expected, especially due the massive presence of faecal compounds. So researchers had to develop a system designed to guarantee an efficient pre-treatment of that water to facilitate its later disinfection. That technology was developed in central Spain.

Chemical engineers at the University of Castilla-la Mancha soon understood that polluted water had to be extensively cleansed of organic compounds before any electrochemical process could be efficiently applied.

Cristina Sáez Jiménez is one of the engineers working on this project:

“From a technical view, pre-treatment technologies are physical-chemical processes. The aim is to separate the organic material suspended in the water before the water can be disinfected inside a reactor, where the water can get dirty again, eventually creating serious operational problems to the whole disinfection process”.

Researchers designed different kinds of pre-treatment systems before finding the right solution for the particular water quality and socio-economic conditions in both Mozambique and South Africa.

Then, the final system was scaled up, explains Javier Llanos López, another chemical engineer at the university:

“The coagulant that we are using is a kind of iron salt. So we add this iron salt to the water, that as you see here, becomes brown. The process turns the organic compounds into much bigger chunks that up here, in a decanter, we can separate much more easily”.

“If you try to disinfect water which is heavily polluted with faecal compounds, the electrochemical process would be very, very expensive. That´s why we decided to include some pre-treatment of the water that could keep the disinfection costs down. And that’s not all: along with an inexpensive process, we also tried to use materials that were really low-cost”.

It was at a research centre in Germany where the disinfection technology was developed, with the helping hand of an unexpected material; diamond-based film.

Electrodes used to clean the water are built from a metal called niobium. The metal is coated with diamond-based film. Another chemical element, boron, provides the conductivity necessary for the whole technology to work. It’s a lengthy, complex chemical process that requires the use of furnaces at a temperature of 2500ºC.

“With these electronic microscopes we can control the surface of a diamond electrode,” says chemical engineer Sven Pleger, of the Fraunhofer Institute for Surface Engineering and Thin Films. “These diamonds are 4 microns long, which is the right size for the application we are looking for. The electronic microscope also helps us to see the rugosity of the layer, and to check if the expected crystals have occurred during the process. And we can also check if there are any gaps in the surface and if the adhesion [to the metal surface] is sufficient or not”.

The resulting electrodes are then activated by electricity to start disinfecting the water.

The whole process is designed to be as energy-efficient as possible, as physicist Lothar Schäfer, also of the Fraunhofer Institute, explains:

“The diamond electrodes can create ozone with a very high electrical tension and with 100% efficiency in the use of electricity. We directly create ozone and not oxygen. It would be a waste of energy to create oxygen, as it would only float away without helping the cleaning process”.

Back in Mozambique, the small town of Ressano Garcia needs some 1,600 cubic metres of water per day to cover the basic needs of its growing population.

Researchers say they designed the small pilot unit to help meet that demand and set an example for other remote and isolated small towns and villages in Africa.

The main advantage of the small units is their flexibility and mobility.

“Even in remote, isolated places, the units can be easily installed,” says civil engineer Nelson Pedro Matshinhe, from Salomon LDA. “Our main aim is to obtain water that, once consumed by the population, does not create any public health problems. Our final objective is to improve the health of the people”. 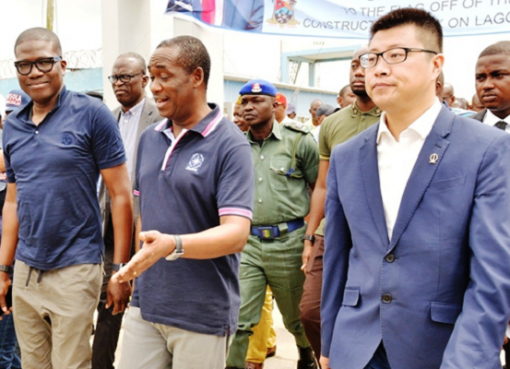 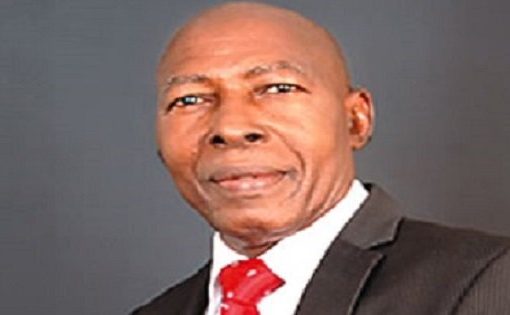 Get Nigeria Working With ICT, Uwaje To FG 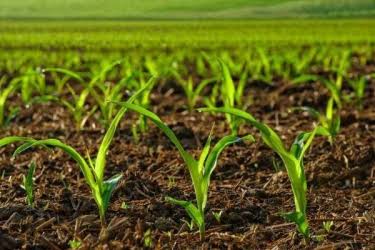 Fertiliser Production In Nasarawa Begins At 100 Tonnes Per Hour