Skip to content
Home > Chemical > DARPA Seeks Pathogen Detectors That Could Run 1,000 Tests At Once 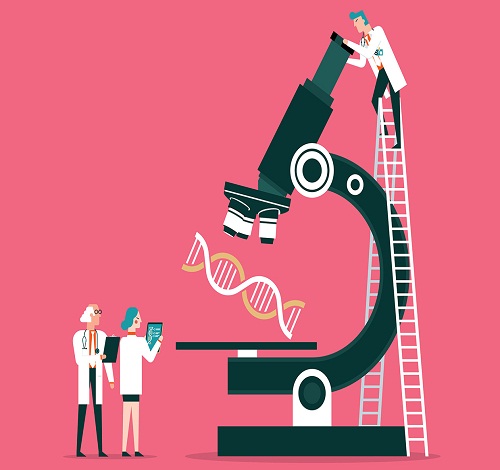 The U.S. Department of Defense has put out a call to researchers to develop devices that detect pathogenic threats by performing up to 1,000 diagnostic tests in fewer than 15 minutes.

The devices ideally would determine the presence of a pathogen, and useful details about it, such as whether it’s a drug resistant variety, the severity of the infection, and any co-infections.

The Defense Advanced Research Projects Agency, or DARPA, which makes investments in breakthrough technologies on the military’s behalf, will oversee the initiative.

Scientists have endeavored to make this sort of diagnose-anything, “Star Trek”-inspired device previously, without a lot of success. But DARPA is betting that new technology that leverages gene-editing techniques can achieve this goal.

If the project budget is approved by the White House, DARPA will be able to award more than US $60 million to proposers. An information session will be held in Atlanta on 11 December. DARPA program manager Renee Wegrzyn spoke with IEEE Spectrum about her vision for the these powerful devices.

Tell me about the need for devices like these. How do you envision them being used?

Renee Wegrzyn: When decision-makers from the Department of Defense (DOD) go into the field during a disease outbreak, there’s a very short amount of time available to decide what to do next—what countermeasures to use, which protective equipment to supply, or how many doctors to deploy. For example, a team may have six seats in a helicopter and 100 ill individuals, and they need a way to quickly determine who is in the greatest need of evacuation and urgent care. We need a device that provides very high-quality, high-trust information about the outbreak in less than 15 minutes.

What kinds of diseases should these devices be able to diagnose?

Wegrzyn: The ability to discern between malaria and Ebola would have a major impact on care and quarantine. Or for flu, we could use the device to confirm not only that it’s flu, but whether it’s the drug-resistant kind, and if it is of swine origin. Proposers must select from about six different DOD-relevant panels, including a respiratory disease panel, a fever panel, and sepsis. But we encourage researchers to bring their own targets because we want to see these devices commercially developed beyond the program.

We have diagnostics for those diseases; how do they fall short?

Wegrzyn: The tools we have today are either rapid with low-trust information, or slow—like over a period of days—with more detailed information. The challenge with the 2009 H1N1 flu outbreak was that we got so many false negatives from the point-of-need diagnostic device that was used, and that [error] contributed to the early spread of the disease.

Why is DARPA asking for two devices, rather than one?

Wegrzyn: The first device we want is a portable point-of-need diagnostic that can confirm the presence of at least 10 different pathogens. The device should be electronics-free, and provide results that are readable to an untrained eye—kind of like a pregnancy test. The second device should be massively multiplexed and can include electronics. The tool should be able to do 1,000 tests at a time and tell us more detailed information about the pathogen, such as whether it is drug resistant. We see the first device as an initial pass, and the second device as a very comprehensive measurement. Both should provide answers in less than 15 minutes.

Many researchers have tried making these portable diagnose-anything gadgets. But it has proven challenging and there have been a lot of failures. I’m thinking about some of the companies that continue to try or have failed to develop blood tests that work with just a few drops of blood, and the Qualcomm Tricorder XPrize, which eventually resulted in a couple of winning devices, but didn’t really produce the “Star Trek”-inspired Tricorder that people imagined. What’s the difference between those attempts and what DARPA is trying to accomplish now?

Wegrzyn: What’s different about this is the introduction of gene-editing technology. The ability to have a portable diagnostic molecular tool that provides genetic information is really new.

When I think of gene-editing technology, I think of selectively altering the genetic code for therapeutic use, or the manipulation of plant and animal traits. How does gene editing work as a diagnostic?

Wegrzyn: It’s a new way to use the gene-editing tool CRISPR, and it hasn’t yet been applied clinically as a diagnostic. A short strand of genetic code, called the guide RNA, leads the gene-editing molecule to hunt down and bind to correlating segments of RNA code that indicate disease. As a detector, this gene-editing complex is activated by the target, and once activated, the off-target or collateral activity of the editor starts to process other RNAs in the vicinity that act as signal amplifiers that can be readily detected. Because there is a lot of off-target activity, that signal gets amplified and can even be read out by the naked eye on a paper-based strip. There were papers published in 2017 and 2018 that describe it further.

How can Spectrum readers get involved?

Wegrzyn: If we’re scanning for 1,000 different things, we’ll need people on the computational and bioinformatics side who can help us determine real signal over noise, and to figure out how to prioritize the read-out of the result. And we’ll need a user-friendly interface so that an untrained or minimally-trained user can interpret the results. That’s on the back end. On the front end we will need to develop the right guide RNA codes. For example, in the flu genome, there are RNA sequences that are common to thousands of flu strains, so we would need guide RNAs that could identify those common sequences and determine whether it’s flu or not. We’ll also need guide RNAs that are very specific, and can find mutations that indicate that the flu strain is drug resistant. And we want all of this to feed into existing biosurveillance networks so that the devices can help track disease prior to outbreaks. 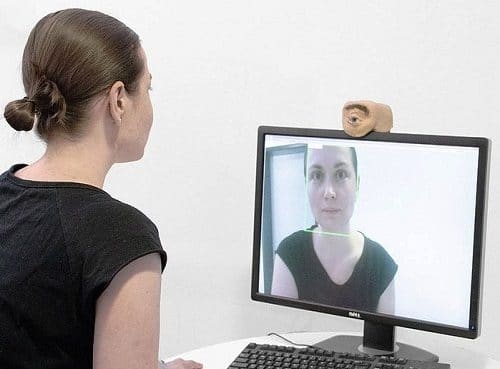 Engineers Create Creepy ‘Eyecam’ That Can See, Blink And Look Around 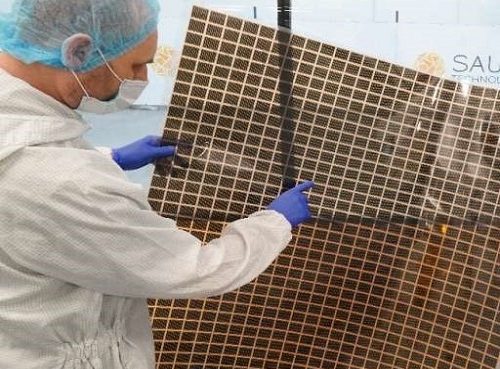 One thought on “DARPA Seeks Pathogen Detectors That Could Run 1,000 Tests At Once”