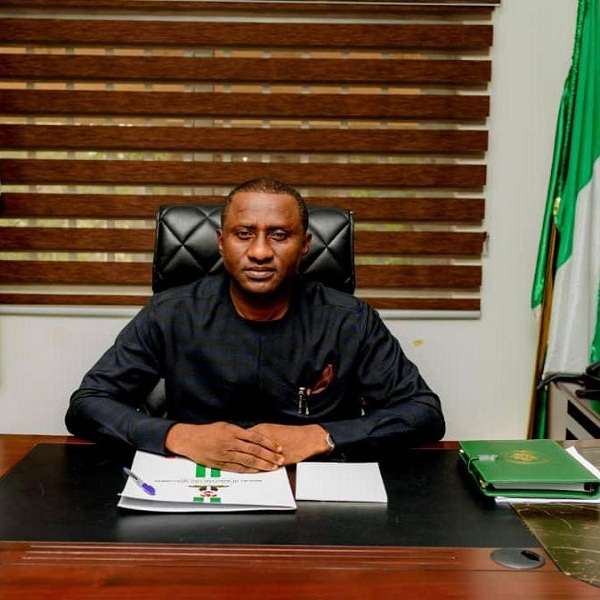 The Federal Government’s efforts to revitalise the mining industry appears to be a step in the right direction, as stakeholders in the sector believe it would bring to an end years of exploitation and unwitting exportation of the nation’s commonwealth to imperial economies. The initiative they have also argued has enormous potential for job creation through value addition to the solid mineral sector.

Although Nigeria’s mining sector history dates back to about 1904, not much success has recorded since then due to its lack of substantial impact on the economy, wealth and job generation.

Regretably, over these years, much of the activities in the sector had been left in the hands of illegal miners who often confront governments with all their might.

In the process, several cases of hazardous chemical pollution that resulted in the death of score of Nigerians in the mining communities  have been reported.

However, recent security reports have blamed the rising wave of violence and kidnapping in the country to the activities of illegal miners against which the Federal Government banned solid mineral exploration in Zamfara state. Government also  followed it up with the deployment of over 1,000 military personnel, including members of the Air Force.

Today, mining activities in over 10 states in the country are  still in the hand of  illegal miners.

As at August 2018, a former Minister of State for Mines and Steel Development, Abubakar Bawa Bwari, noted that more than two million people in the country depended on illegal mining for their livelihood.

Before that observation official records had it that as at 2010, the nefarious activities of a largely unregulated artisanal miners left in its trail death and environmental pollution that affected 17,000 people and an estimated 400 to 500 children fatalities resulting from acute lead poisoning.

Although the Federal Government and development partners helped to bring that ugly incident under control, the menace of illegal mining has not abated five years after the Zamfara outbreak as another outbreak of severe lead poisoning was reported on April 2015 in two villages in Niger State.

This outbreak specifically unleashed environmental lead contamination from artisanal gold mining activities with nearly 30 children paying the supreme price for severe lead toxicity. Many more locations have since been poisoned without being reported

A visibly worried Vice President, Prof. Yemi Osinbajo, recently noted that the outbreak of lead poisoning in Zamfara State in 2010, with about 500 casualties, mainly children and another in Niger State in April, 2015, in Unguwan Kawo and Unguwan Magiro of Shikira community in Rafi Local Government, which affected pregnant women and children because of their vulnerability with 30 fatalities, and about 7,200 children treated for remediation of lead poisoning  was no longer a laughing matter.

He lamented that gold mining, a lucrative enterprise in many emerging economies is still dominated by artisanal miners using rudimentary mining methods and crude processing techniques.

He said “To date, nearly 7,200 children in Niger and Zamfara states have received treatment. This is the highest number of children with lead poisoning reported anywhere. Unfortunately, treatment does not reverse the effect of lead poisoning, it only accelerates the rate at which the body expels the lead in order to prevent further damage or death”. The Vice President observed.

In his remarks, the Deputy Head of Mission, Nigeria, Médecins Sans Frontières/Doctors without Borders (MSF), and Co-Chair of the Local Organising Committee (LOC) of the 2nd International Conference on Lead Poisoning, Dr. Simba Tirima, said from 2010 till date, the Nigerian government has spent a sum of N1.5 billion on remediation processes on lead poisoning and other environmental hazards associate with to illegal mining in various states of the federation.

Tirima said, “When you treat children of lead poisoning you don’t cure them but it is medicine that helps the body expels lead faster. When those children are poisoned, the damages are irreversible. You can do what you are doing by treating them is preventing further damage or death.

“When it comes to treating these children, we have enrolled over 6,000, and may be about 3,500 of them have received collation on therapy and medicine they are given at about $4 per child. A child can take up to five pills per day for 19 days. If their blood level net worth does not go down sufficiently for their bodies to deal with the rest they are enrolled back for treatment. Some of the children because of exposure have received treatment for four years.

“It is quite expensive as it takes care of doctors, nurses and other costs. What we are doing is essential but not sustainable. Going forward we have to look for solutions that are sustainable that means we have to get rid of environmental pollution.”

With all these issues on ground, the 2020 budget allocations of N18.32 billion to the Ministry of Mines and Steel Development, which translates to about 85 percent increase from the 2019 budget, was unable to recover some reasonable amount of abandoned mining sites or have any globally recognised mining company.

The sum includes N9.18billion for personnel and N1.72billion for overhead costs. The ministry also allocated N10.9billion as recurrent expenditure and N7.4billion for capital expenditure.

This poor funding outlay explains the continuous dominance of China and other Asian countries in the Nigerian solid mineral sector even they contribute very little to the sector value chain. China’s dominant role in Nigeria’s mining industry has left indigenous miners with fringe roles with economy losing billions of dollars annually.  This is because the raw minerals exported out of the country are often used to produce consumer and industrial goods for sale in global markets at much higher prices than what is paid for the raw materials.

Already, the Minister of Mines and Steel Development, Mr Olamilekan Adegbite, and the Chairman, Senate Committee on Solid Minerals, Mines, Steel Development and Metallurgy, Senator Tanko Al-Makura, have alleged that some governors are behind the illegal mining of some solid mineral resources in the country.

Among the solid minerals illegally mined in different parts of Nigeria are  gold, zinc, lead, tantalite, columbite, laterite and others.

Adegbite told the Senate committee at an interactive session recently that the challenge of illegal mining was allegedly being supported by some state governors as demonstrated by their the provision of police escort for unlicensed foreign miners in their jurisdictions.

Although the minister did not specifically mention the governors behind the illegal act, he condemned the “unholy” alliance of the governors with some foreign miners who were operating illegally in the country .

“You will find foreign nationals encouraged by our people. Without naming them, we have some state governments that are encouraging these foreign nationals that we are talking about and that is why you see them with security (operatives).

“When they send them to go and do this, they need police. What do you expect a mining officer to do when the state government is backing illegal mining?”

Prior to this, Adie said the government was also providing some intervention fund to assist the sector. He added that all these are geared towards reviving the sector and turning Nigeria into a mining destination.

“There is on ground a viable roadmap produced by a team of professionals with clear and sustainable strategies to be adhered to. This Roadmap was also presented to the World Bank and the bank accepted it and at the moment financing some notable projects. The bank is investing $150 million to support the sector and the Federal Government is also providing some intervention fund to assist the sector,” he said.

Adie also said MINDIVER will be embarking on an aggressive sensitisation to key government investment agencies like the NEXIM Bank and the Bank of Industry (BOI) to set up mining desk in their organisations for investors to take advantage of.

He said, “All the ministry and indeed the MINDIVER Project is thinking of now is on how to attract investors into the mines and steel sector. Your coming is timely since you are willing to promote Nigeria’s endowment as an investor.

“There is no bigger opportunity than now because the government within the last four years has been very serious and determined to change the tide in accordance with its economic diversification agenda.

Recently, the ministry spearheaded a new policy initiative that would be a win-win with inclusive growth for both the government, technocrats, artisanal and small scale miners and other experts in the sector. This policy is in collaboration with Lagos Business School (LBS) and MINDIVER.

The ministry also vowed that the government is willing to incentivise mining companies that meet mineral downstream criteria by lowering export levies on them.

According to the minister, “Mineral supply value chains are essential to our everyday life, from the technology we use, our smartphones and computers, to the cars we drive and even the homes we live in. They are also crucial in our efforts to promote a more sustainable and inclusive growth. We are therefore taking a hard look at the potential for downstream processes to benefit from these enviable mineral resources.

“The export of raw natural resources is a legacy of colonialism, in which countries were precluded from developing their own processing capacities in order to supply their motherland with cheap raw materials.

“Our past experiences in the development of tin ore and coal value chain by the establishment of the defunct Makeri Smelting Company and Nigerian Coal Corporation with attendant infrastructural and employment generation coupled with the current exploit in our limestone exploitation for cement manufacturing are great pointers that our downstream mineral development is a possibility and can be sustained if deliberate policies are enacted and implemented.

“No doubt, the mineral downstream holds great opportunities for entrepreneurs from other sectors to participate in the mining value chain. Equipment sales and leasing enterprises, lawyers, risk analysts, and business service consultants are needed to support new companies entering into the market with business plans, feasibility studies, market research. Also, just like in other mining jurisdictions, our industry welcomes mining specialist Blogs and Publications.

“Indonesia, South Africa, Gabon, Zimbabwe, Australia and even the EU countries have formulated policies on their mineral downstream development. Botswana has largely avoided the “resource curse,” as the country’s diamond and other mineral sales have contributed to modern infrastructure, high skilled jobs and about 35 percent to its GDP. Nigeria can follow the same strategy, with the necessary adjustments, and harvest the low hanging fruits of resource endowment, leap-frogging to achieve the same over a shorter period. 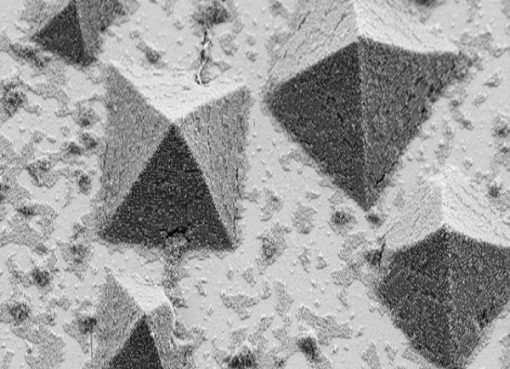 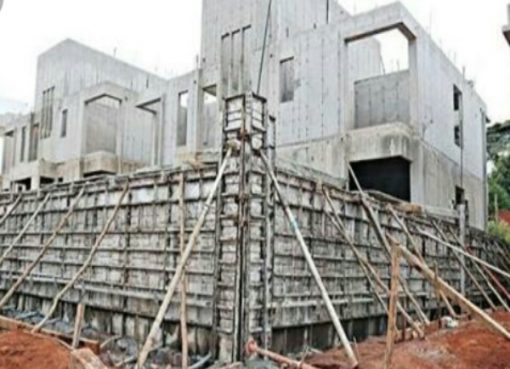 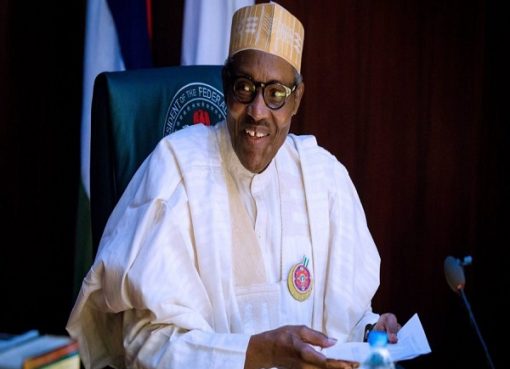 2 thoughts on “FG, Artisanal Miners At War Over Pollution, Exploitation Of Commonwealth”