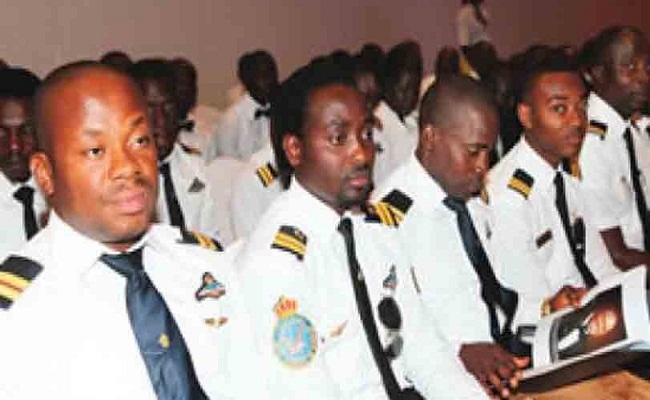 Many young pilots who graduated from the Nigerian College of Aviation Technology (NCAT), Zaria, Kaduna State and other flying schools are roaming the streets in search of a place in the cockpit. They are unable to get jobs because of insufficient flying hours and rating on various aircraft types. To reverse the trend, the college has introduced a programme to bridge the gap amid other interventions.

Securing a job as a young pilot in Nigeria is becoming  difficult. Reason: Scheduled carriers need pilots with hundreds of flying hours, before they could be employed.

Besides, the prescribed flying hours, which differ from airline to airline, such young pilots need to be type-rated in flying various aircraft.

Type rating is training that confers proficiency on the pilot in flying categories of aircraft, according to the number of engines and series.

Global regulatory requirements prescribe that a pilot be rated to fly either a Boeing, an Airbus, a Bombardier, and an Embraer aircraft.

While young pilot graduates in Nigeria are struggling to meet the stiff conditions set by indigenous carriers to secure a place in the cockpit, global demand for pilots is becoming unprecedented.

According to United States (US) aircraft manufacturer, Boeing, the global aviation industry will require about 804,000 new civil aviation pilots. The company said this figure is based on the growing aircraft fleet needed to service commercial, business and other aspects of aviation.

The  demand, Boeing Chief Executive Officer, Dennis Muilenburg,  said would stem from a mix of fleet growth. Meeting this strong demand, experts said, would require a collective effort from across the global aviation industry.

To achieve the demand for global pilots, experts said there is the need to adopt innovative training to enable optimum learning and knowledge retention.

But the rising  unemployment rate among indigenous pilots has not deterred more people from pursuing a career in flying at either the Nigerian College of Technology (NCAT), International Aviation College (IAC), Ilorin, Kwara State and other flying schools across South Africa, US and Europe.

Upon  graduation, reality often hit  young pilots as airlines in Nigeria are reluctant to create opportunities for them to practise because studies at the training colleges do not confer on them sufficient flying hours to take command of flights in the cockpit.

In Nigeria, the 18-month course at either NCAT or the IAC only allows the student pilot accumulate a paltry 250 flying hours, far below the 1,500 hours many scheduled carriers need as minimum requirement for the engagement of young pilots.

But globally, this is different. Statistics from global bodies indicate that Asia carriers alone forecast to hire up to 266,000 new pilots between 2019 and 2038.

The increase in demand for new pilots, according to global bodies, is predicated on the expected rise of yearly growth rate of 3.9 per cent in the next 20 years.

In an interview, Chief Executive Officer and Rector of NCAT, Captain Abdulsalami Mohammed, said many professionals were getting worried over the increasing rate of young pilots unemployment in Nigeria and were thinking out of the box in proffering solutions to the lingering headache.

Mohammed said the college was   worried about the inability of its young pilots  to secure jobs in scheduled carriers because of inadequate flying hours.

He said many carriers peg minimum of 1500 flying hours as requirement to engage young pilots because of insurance and other considerations.

Besides crossing the hurdle of flying hours, the rector said the college has introduced multi-engine type rating course for young pilots to prepare them both for local and global employment opportunities.

Mohammed said: “I am very concerned about employment for graduates and not only pilots and the issue is not about type-rating, but the experience.

Even when some of them come back from America, they still don’t get jobs because they have not gathered the necessary hours. Different airlines have different requirements.

“Most of the airlines require a certain minimum of hours for insurance purposes before you can fly their aircraft. So, these pilots before they are employable need to build up these hours.

He said the college has worked out a programme for multi-engine type rating to enhance job opportunities for pilots.

He said: “As you know, when a pilot graduates from school, he comes out with a basic commercial pilot licence  and then with the type on the aircraft that he used for training.

“So, when he comes out and gets a job anywhere, if they are operating that kind of an aircraft he trained on, he doesn’t need additional training, but if it is in any other aircraft that is different, he must undergo type-rating training regardless of the size of the aircraft.

So, you can imagine the number of training facility that you will need. For the bigger commercial aircraft, most of the training is done on simulators for cost effectiveness.

You can only do them on simulators. That is why you have to go to where they have simulators. For each aircraft type, there is a simulator that is providing this training.

“At NCAT, we recognised this gap and that was why we embarked on the acquisition of the Boeing 737 New Generation  simulator. That is the type that Arik Air operates.

We envisaged that the Boeing 737 Classics are on their way out. That is why we decided to go for the New Generation. This project would have been completed a long time ago.

“The initial process was to site the simulator in Lagos, but when this administration came into power in 2015, the decision was changed to site it in Zaria, Kaduna State,  and there was no provision for the building that will accommodate this simulator. We looked at the possibility of using existing structures, but they are not suitable.

“So, we had to start afresh by getting consultants that will design the building, we had to go through full procurement, selecting contractors. We awarded that contract last year and the building as we speak is about 60 per cent completed.

The structure is completed. We are only doing internal wiring, painting and stuff like that. That simulator we hope would be delivered to the college within the first quarter of 2020.

“When we have that simulator installed, we will be able to offer type-rating courses on that Boeing 737New Generation .

Now, as part of our plans for the future, we also made provision for a second simulator. So, if you go to the building, you will see that we have two simulator bases.

“We intend to install a second simulator. We are watching the industry to see if the national carrier comes; the type of equipment they are going to use will guide us on the type of simulator to install.

Once we have the national carrier, NCAT will play a big role in training a lot of the personnel.”

READ ALSO  Will The Tech Workplace Ever Be The Same Again?

Sanusi explained: “In developed countries, if you finish with 250 hours, you don’t go to airlines; you go to flying school till you get 1,500 hours before you start coming to fly for airlines.

”Taking a trainee pilot with that number of hours will increase the airline’s insurance premium because the airline is using inexperienced and low time co-pilot.

The increasing insurance premium will put a lot of stress on the aircraft because they are going to be doing training and everything. And when the pilot becomes proficient, then he now says I am paying him small remuneration and he leaves.

”When you come in with low flying hours, you pay the airline to gain up to 500 and 1000 hours on the type of the aircraft. But now, I am bringing you in, giving you this training on the aircraft, giving you the opportunity to have this experience, without any government incentive to the airline and I am a privately owned company, I am doing business purely on profit basis; I am not doing it on charity.

”Then after you have been trained and I have paid a high insurance premium; after I have suffered a lot on my landing gear because of hard landings that pilots do while training; after I have suffered all that expense in maintenance of the aircraft and other expenses, you now say, I am paying you a little, so, you want to leave me and go to another airline.”

He said: “The onus is on the airlines; if we really want to have more Nigerian pilots, they should absorb them. But to absorb them most times, the airlines ask them to go for type-rating with their money and where will many of them get between $100,000 and $200,000 for that from? These are people who are looking for jobs.”

Meanwhile, Captain Mohammed said NCAT has embarked on many projects that will enhance its training capabilities.

He said the college will increase its fleet of trainer aircraft to enhance its training capabilities.

Mohammed said acquiring more trainer aircraft will create a window for its young pilots to acquire more flying hours to prepare them for the job market.

The rector said: “The whole idea of getting more training aircraft is that it will greatly enhance our training capacity. By breaking down the aircraft orders into batches until the twenty target is achieved is part of strategy to equip the college for efficiency.”

Mohammed said the setting up of a national carrier has a huge role to play in resolving the challenge of young pilots unemployment.

The rector said: “There is need for domestic carriers to work together and support every initiative that will make them stronger to absorb young pilot graduates. Besides, I believe there is need for Nigeria to have a national carrier. Such airline will have training capacities for our young pilots to enhance their professional growth.” 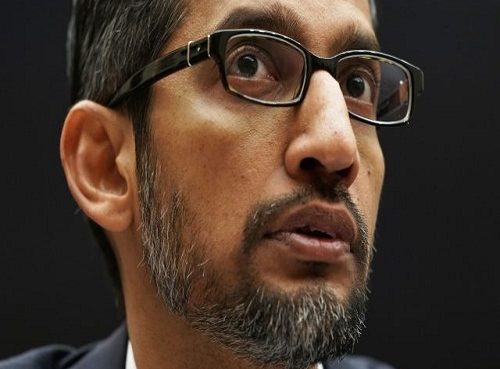 Google Could Have Shared Your Private Videos With Strangers 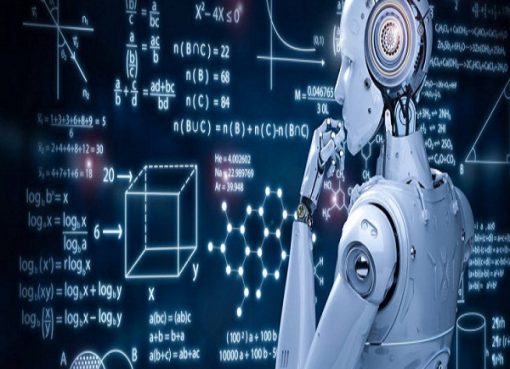 Artificial Intelligence, The Urgency For Africa