IoT sensors measure carbon dioxide, relative humidity, and particulates to give indirect assessments of whether an indoor space is safe

Although IEEE Spectrum’s offices reopened several weeks ago, I have not been back and continue to work remotely—as I suspect many, many other people are still doing. Reopening offices, schools, gyms, restaurants, or really any indoor space seems like a dicey proposition at the moment.

Generally speaking, masks are better than no masks, and outdoors is better than indoors, but short of remaining holed up somewhere with absolutely no contact with other humans, there’s always that chance of contracting COVID-19. One of the reasons I personally haven’t gone back to the office is because the uncertainty over whether the virus, exhaled by a coworker, is present in the air, doesn’t seem worth the novelty of actually being able to work at my desk again for the first time in months.

Unfortunately, we can’t detect the virus directly, short of administering tests to people. There’s no sensor you can plug in and place on your desk that will detect virus nuclei hanging out in the air around you. What is possible, and might bring people some peace of mind, is installing IoT sensors in office buildings and schools to monitor air quality and ascertain how favorable the indoor environment is to COVID-19 transmission.

One such monitoring solution has been developed by wireless tech company eleven-x and environmental engineering consultant Pinchin. The companies have created a real-time monitoring system that measures carbon dioxide levels, relative humidity, and particulate levels to assess the quality of indoor air.

“COVID is the first time we’ve dealt with a source of environmental hazard that is the people themselves,” says David Shearer, the director of Pinchin’s indoor environmental quality group. But that also gives Pinchin and eleven-x some ideas on how to approach monitoring indoor spaces, in order to determine how likely transmission might be.

Again, because there’s no such thing as a sensor that can directly detect COVID-19 virus nuclei in an environment, the companies have resorted to measuring secondhand effects. The first measurement is carbon dioxide levels. he biggest contributor to CO2 in an indoor space is people exhaling. Higher levels in a room or building suggest more people, and past a certain level, means either there are too many people in the space or the air is not being vented properly. Indirectly, that carbon dioxide suggests that if someone was a carrier of the coronavirus, there’s a good chance there’s more virus nuclei in the air.

The IoT system also measures relative humidity. Dan Mathers, the CEO of eleven-x, says that his company and Pinchin designed their monitoring system based on recommendations by the American Society of Heating, Refrigerating, and Air-Conditioning Engineers (ASHRAE). ASHRAE’s guidelines [PDF] suggest that a space’s relative humidity should hover between 40 and 60 percent. More or less than that, Shearer explains, and it’s easier for the virus to be picked up by the tissue of the lungs.

A joint sensor measures carbon dioxide levels and relative humidity. A separate sensor measures the level of 2.5-micrometer particles in the air. 2.5 microns (or PM 2.5) is an established particulate size threshold in air quality measuring. And as circumstances would have it, it’s also slightly smaller than the size of a virus nucleus, which about 3 µm. They’re still close enough in size that a high level of 2.5-µm particles in the air means there’s a greater chance that there’s potentially some COVID-19 nuclei in the space.

According to Mathers, the eleven-x sensors are battery-operated and communicate using LoRaWAN, a wireless standard that is most notable for being extremely low power. Mathers says the batteries in eleven-x’s sensors can last for ten years or more without needing to be replaced.

LoRaWAN’s principal drawback is that isn’t a good fit for transmitting high-data messages. But that’s not a problem for eleven-x’s sensors. Mathers says the average message they send is just 10 bytes. Where LoRa excels is in situations where simple updates or measurements need to be sent—measurements such as carbon dioxide, relative humidity, and particulate levels. The sensors communicate on what’s called an interrupt basis, meaning once a measurement passes a particular threshold, the sensor wakes up and sends an update. Otherwise, it whiles away the hours in a very low power sleep mode.

Mathers explains that one particulate sensor is placed near a vent to get a good measurement of 2.5-micron-particle levels. Then, several carbon dioxide/relative humidity sensors are scattered around the indoor space to get multiple measurements. All of the sensors communicate their measurements to LoRaWAN gateways that relay the data to eleven-x and Pinchin for real-time monitoring.

Typically, indoor air quality tests are done in-person, maybe once or twice a year, with measuring equipment brought into the building. Shearer believes that the desire to reopen buildings, despite the specter of COVID-19 outbreaks, will trigger a sea change for real-time air monitoring.

It has to be stressed again that the monitoring system developed by eleven-x and Pinchin is not a “yes or no” style system. “We’re in discussions about creating an index,” says Shearer, “but it probably won’t ever be that simple.” Shifting regional guidelines, and the evolving understanding about how COVID-19 is transmitted will make it essentially impossible to create a hard-and-fast index for what qualities of indoor air are explicitly dangerous with respect to the virus.

Instead, like social distancing and mask wearing recommendations, the measurements are intended to give general guidelines to help people avoid unhealthy situations. What’s more, the sensors will notify building occupants should indoor conditions change from likely safe to likely problematic. It’s another way to make people feel safe if they have to return to work or school. 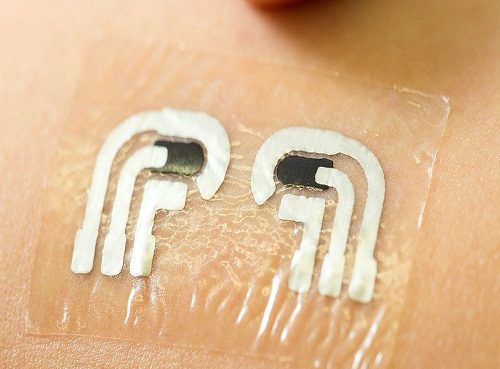 The Next Generation Of Wearables: Expert Discusses Key Challenges For