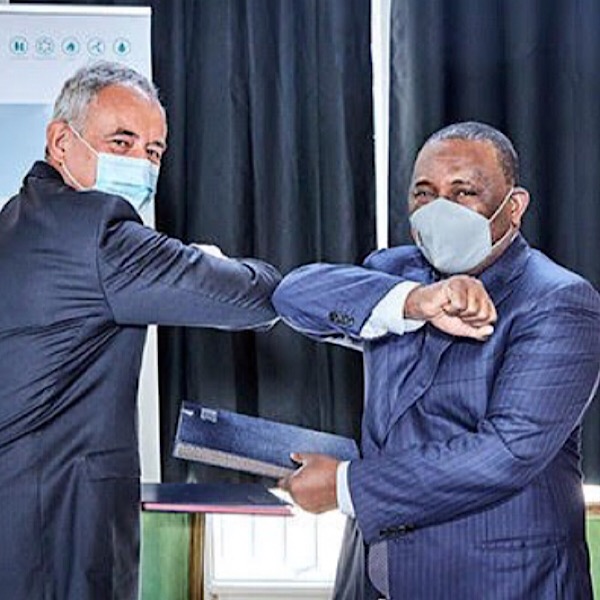 BUA Group’s Abdul Samad Rabiu has inked a technology deal for a refinery in Akwa Ibom State with France’s Axens, and according to him there is room in the market for everyone

Refineries in Nigeria can be like buses: you wait for ages, and then three come along at once. Where petrol production is concerned, Nigeria is heading from drought to glut amidst a global pandemic that has cut fuel consumption and investment in oil production.

The 1 September deal between Nigeria’s BUA Group and French energy technology group Axens will lead to the building of an oil refinery in Akwa Ibom State with a capacity to produce 200,000 barrels per day (bpd). It should be operational by 2024.

And just outside Lagos, the 650,000bpd mega-refinery being built by industrialist Aliko Dangote should come onstream next year. On top of that, the Nigerian National Petroleum Corporation (NNPC), Nigeria’s state oil company, has revived plans to rehabilitate its existing and moribund refineries.

“It’s about time”, says the ebullient BUA Group chairman Abdul Samad Rabiu, sitting with Axens chief executive Jean Sentenac during a contract-signing ceremony held in the 16th-century Château de Vert-Mont outside  of Paris, France. “Nigeria imports 90% of it’s petroleum products.  We spend 35% of our foreign exchange on importing petroleum products. Let’s use whatever we have locally and add value.”

For decades, the country  has imported petrol from abroad in eye-watering swap deals with traders including Vitol, Gunvor and Trafigura and oil majors like Total and BP. Cargoes of crude leave Nigeria, and petrol is imported in return. NNPC group managing director Mele Kyari said in December last year: “For a country that has been producing oil for over 50 years, it is really a difficulty to explain why we are still importing petroleum products.”

Others have an idea as to why: Dangote himself went on record against the “cabals” who profit from keeping Nigeria’s state-owned refineries perpetually in disrepair. Former president Olusegun Obasanjo in an interview in 2011 told The Africa Report it was “sabotage”.

The danger now, ironically, is overcapacity.If the commercial and state refinery projects all come to term, Nigeria could refine 1.3m bpd. The country today consumes between 450,000 and 500,000bpd. On top of that, there are concerns globally about refining margins.

“It’s been brutal – our global composite gross refining margin averaged a paltry $0.20/barrel in May and June. The $1.40/barrel  we forecast as an average for 2020 is down from $3.70/barrel last  year and is the lowest this century,” Alan Gelder, head of downstream oil at Wood Mackenzie, told reporters in July. “Some refineries will close – we reckon almost 10% of high-cost refineries in Europe, 1.4 million bpd of capacity, is in serious threat of closure in Europe alone over the next three years.”

But for Rabiu, the gamble is  a safe one. Nigeria’s own growing demand, plus the region’s, will match the combined output of Rabiu’s, Dangote’s and the NNPC’s refineries. “Our population is our biggest strength – that is the market,” says Rabiu. The demand from the region also determined the waterfront location of the project in Ntaikang, Akwa Ibom State, where the marine infrastructure provides easy loading on to ships.

The plastics output of the BUA refinery will similarly be turned to export, where “the market is very, very strong”, says Rabiu. The refinery complex is set to produce 350,000tn per annum of poly­propylene. BUA Group is still in talks about the feedstock and says that it will build a plant to provide power to its refinery.

As for NNPC’s plans, market analysts are sceptical about the state’s ability to deliver on any turnaround of government refineries. This is mostly because a ‘rehabilitation’ would in practice mean rebuilding from scratch, given the state of decay they are in.

With the transition away from fossil fuels,the outlook is more complicated than a decade ago for refineries. To ‘climate-proof’ against future emissions regulations, BUA Group chose a technology partner specialised in this field. Axens is  a world leader in the production  of Euro-V fuels, says chief executive Jean Sentenac. “Because you don’t have the sulphur and other precursors you will significantly reduce the pollution in the big cities like we’ve done in Europe, so it’s very important for Lagos because the engines will emit much less.”  It will also allow the use of the latest generation of more fuel-efficient cars.

Rabiu argues that his investment in sustainability — “It wasn’t cheap!” — will pay off in the long run, as new fuel standards continue to evolve along with the climate crisis. “It is in the DNA of BUA Group. Look at our cement plants, the most sustainable in Nigeria, same with our sugar plants.”

Rabiu stresses the importance of good technology: “This is the hard part, we cannot get this wrong. It is like in an aeroplane, you always look at who built the engine, it is the most important thing.”

Axens’ Sentenac adds: “It is  a very technical process, refining. We have almost 100 catalytic processes in our portfolio, which continuously need to be improved, as standards get stricter.” Belying the caricature of French industry being great at ideas but poor at marketing, Axens is the commercial wing of the French petroleum institute, IFP Énergies Nouvelles (IFPEN). “IFPEN had a Nobel Prize winner in 2005. All our work requires heavy investment in fundamental research,” he says.

Axens will supply the basic design for the refinery and the catalysts that make it work. BUA Group is now in the tender rounds for the engineering contracts to execute the design. But there are likely only two companies in the world able to build this kind of refinery: Axens and Honeywell UOP from the United States. When the Dangote refinery contract appeared to be heading Axens’ way in 2017, Baker Hughes eventually won it. ‘1-1’ then, for those keeping score in the competition between Paris and Washington.

READ ALSO  Why Businesses Fail To Unlock Value From Their Data

Certainly, France has pulled out all the stops. President Emmanuel Macron, who is keen to woo Nigerian investors, has made Rabiu the chair of the France Nigeria Investment Club. With Great Britain and the US both absorbed with internal battles, France’s economic diplomacy has gone into overdrive.

The French minister for foreign trade,Franck Riester, officiated at the BUA/Axens signing ceremony (see interview), and there is a strong push from Paris to help other French companies in the energy space into the ecosystem  of service and engineering contracts surrounding the BUA refinery.

Inevitably, comparisons with Dangote have surfaced. Some of the harder-edged comments that appeared after news broke of BUA Group’s refinery technology deal with Axens suggested that Rabiu’s business strategy was to benefit from Dangote’s slipstream. ‘Somebody said their corporate strategy is: “Let Aliko use his head to break the coconut, then we follow,”’ tweeted @Ambrosia_Ijebu.

BUA’s refinery plan has been around for a while, however. The Africa Report first heard about it in March 2018, during an interview at the Africa CEO Forum in Abidjan. Sentenac confirms the wheels have been turning for some time: “Technically the size of the refinery is good, the location is well chosen, we could tell that there had already been a lot of work done within the BUA Group on this project.” Back in September 2017, Nigeria’s Department for Petroleum Resources granted a ‘licence  to establish’ for the project.

Perhaps the key difference in corporate strategy between Nigeria’s two leading conglomerates is their expansion. Dangote Cement, for example, has chosen to establish itself in 10 African countries. Rabiu insists the opportunities of scale are in Nigeria, and he is looking at steel and glass manufacturing projects. “If your investment ticket is $1bn, where  do you put that in Africa?” he asks.

That argument won’t be settled soon. Clearer are the ripple effects of the new refinery project, in particular through the financial sector, both in terms of the foreign-­exchange savings and the financing of the plant itself. Though much of the upfront money will be from the BUA Group, there will also be debt financing. “They are all keen to participate,” says one BUA Group insider about Nigeria’s banks. Large development finance bodies such as the African Development Bank are also in talks about the project.

For Rabiu, Nigeria will not be transformed by a couple of billionaire industrialists alone. The real work has to be in creating thousands of dollar millionaires. “And the money is there, the market is there […] there are a lot of rich Nigerians, but they don’t understand manufacturing.” 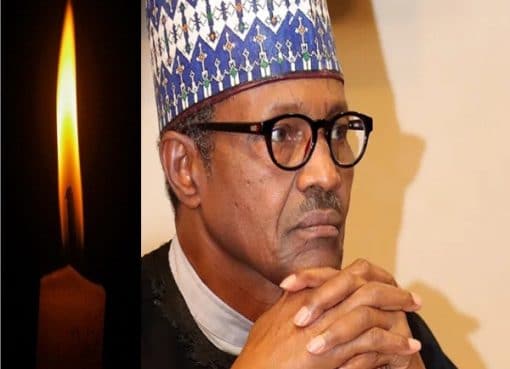 FG Apologises For Power Outages Across The Nation 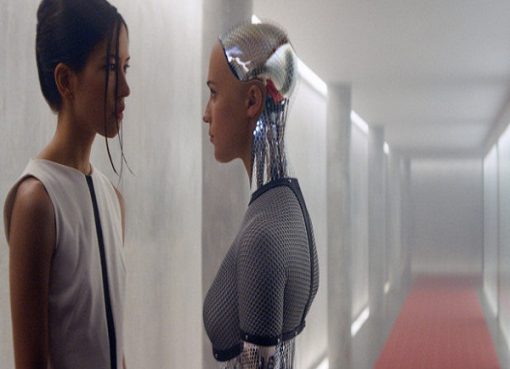 Humans Will Merge With Machines In The Future, Says Prominent Historian