Imagine living without the internet for several weeks. While it could be a good social media detox for some, it would be a similar experience with power outage for thousands of Kenyans who depend on connectivity to earn a living.

And that happened to Ugandans last month during the General Elections, when the government threw them into an abyss of internet dusk for five days, and even cracked down on those who tried to access social media through Virtual Private Networks (VPNs).

Mr Peter Ogwang, the State minister for ICT and National Guidance, on January 21, warned VPN users that the Uganda Communications Commission (UCC) had acquired gadgets to switch off all VPN websites, according to the Daily Monitor.

“We shall first identify all the websites offering VPN services and block them. They are many, but we shall block all of them, then from there, we shall start the next phase of blocking those who are already using the applications,” he said.

It was an announcement that, according to research findings published recently by British tech research firm Comparitech, has come to cost ‘the Pearl of Africa’ Sh1.17 billion in business revenue, after 120 hours of loss making for online ventures.

“The internet shutdowns cost Uganda Sh196 million per day on average. It started with social media and messaging apps which were blocked on January 12, and from January 13 to 18 there was a complete internet shutdown,” says the report.

Internet shutdown is described as an intentional disruption of internet or electronic communications, rendering them inaccessible or effectively unusable. After combing the internet across the globe in 2020 and early 2021, Comparitech found that the world lost Sh460 billion during the research period, with India contributing 60 percent of all blackouts, translating to a loss of Sh260 billion.

But what is worrying is the fact that Africa, which hopes to capitalize on the high demand for internet-based solutions to gain a substantial share of the global economy, had the longest hours of internet closure.

Three other African nations – Chad, Tanzania and Ethiopia– denied citizens their right to information and lost billions in the course of 2020, further curtailing the African Union’s plan for a common digital e-commerce market through the African Continental Free Trade Area (AfCFTA) project.

“In 2020, Chad had the longest shutdown with WhatsApp being blocked for 3,912 hours at a total cost of more than Sh2.7 billion. The shutdown began on July 22 and was ongoing at the end of the year,” reveals the survey.

Tanzania, whose government has been truncating media freedom, had an internet blackout which lasted 1,584 hours in 2020 at the cost of over Sh63 billion.

It started prior to the General Elections and continued long after, with no signs of restoring it by the end of 2020, according to Comparitech.

In Ethiopia, a combined total of 3,657 hours were lost and cost the country over Sh11 billion, with the first one happening from January to the beginning of April in Western Oromia. The government cited security reasons for that.

But in June 2020, the entire country went into a 23-day internet outage following the shooting of Haacaaluu Hundeessaa, a prominent singer. This cost Ethiopia Sh10 billion.

Another one followed in November in the region of Tigray after war broke out and lasted till December 15 when some services were restored. Sh600 million was lost in the process in the 960-hour downtime.

However, this was an improved situation in 2020 compared to 2019, where a report by Welsh VPN company Top10VPN.com indicated that a total of 12 African governments switched off internet services, leading to a combined loss of Sh218 billion.

During every Internet shutdown in Africa, the reports indicate some trends. They most often occur in response to protests or civil unrest, especially surrounding elections, as authoritarian regimes look to restrict the flow of information and maintain their grip on power.

Such shutdowns, experts warn, are becoming a detriment to the efforts countries like Kenya, Egypt, South Africa, Rwanda and Nigeria have shown towards growing the continent’s digital economy in a fast-paced period of the Fourth Industrial Revolution.

“In economic terms, disruptions not only affect the formal economy but also the informal. They have killed democracy as we know it,” Sila Obegi, chief executive of Nairobi based fintech firm Meta Capital told Sunday Nation.

“People want real time information. When you interfere with the natural flow of data sharing, you are killing livelihoods because today’s online business, which supports millions of African families, is anchored on data analytics,” he notes.

Alice Anangi, CEO of Zeden Technologies in Nairobi, says such shutdowns are counterproductive on the part of governments, as they also lose millions in tax revenue.

“For any internet economy, a connectivity hindrance denies the taxman a huge chunk of revenue, which in turn is a big slice taken out of the national GDP. It is appalling that a government pretends to support the future of work but switches off the engine that drives it,” she says.

“We strongly oppose shutdowns, throttling, and other disruptions of the internet. We are deeply concerned by the trend towards this approach in some African countries. Even temporary disruptions of internet services have tremendous, negative human rights, economic and social consequences,” Ms Kemboi told the Sunday Nation, without disclosing how much the company lost in ad revenue.

Facebook said connectivity and access to internet-based apps and services can help governments in times of crisis but wondered why some African countries were doing the exact opposite.

“Similarly, the internet— social media and messaging services in particular—helps people know whether their families and friends are safe in the aftermath of natural disasters and other crises. This reduces panic,” the company said in a statement.

Ms Kemboi noted that more deleterious to the growth of Africa’s digital economy is the impediment of startup culture which largely depends on connectivity to access global markets.

These shutdowns undermine economic activity and growth of SMEs. They bring the startup ecosystem to a standstill,” she remarked.

For John Walubengo, ICT lecturer at MultiMedia University of Kenya, internet interference goes beyond a negative economic impact and abuse of power by governments riding on anarchy.

“The biggest impact actually goes beyond the immediate economic impact. There is a low score on the future competitiveness of that country in terms of investor confidence. Investing in any sector in that country will be a weak investment option since operations can be switched off at the will of one individual,” he says.

He opines that while national security concerns are valid government reasons to trigger a shutdown, there must be thresholds and processes observed towards effecting any blackout.

“Governments should ensure the nature of the shutdown is commensurate to the threat. You cannot shut down the internet in the whole of Kenya, when maybe riots are only happening in Kibera or Mathare.  You only need localized shutdowns and even then for a predictable period of time,” Mr Walubengo who is also a data protection officer at Ajua Africa said.

Africa has remained at crossroads for a long time, with conflicting government policies adversely undermining the power of the continent’s digital economy, which, if implemented as per AfCFTA’s guidelines, would give Africans the arsenal to fight for the trillions of shillings in the global internet economy dominated by the United States, China and Europe. 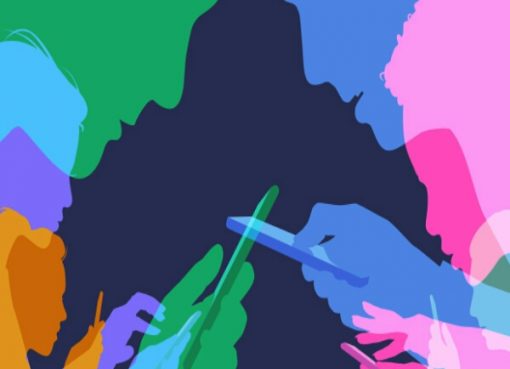 Mental Health Apps Not As Effective As Claim