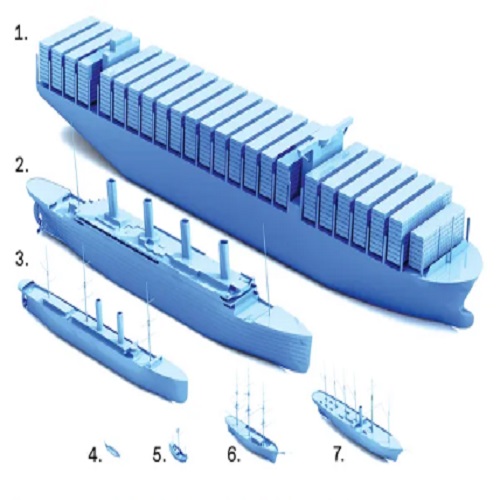 In comparison with Moore’s Law, the nonsilicon world’s progress can seem rather glacial. Indeed, some designs made of wood or metal came up against their functional limits generations ago

The length-to-beam ratio (LBR) of large oceangoing vessels offers an excellent example of such technological maturity. This ratio is simply the quotient of a ship’s length and breadth, both measured at the waterline; you can think of it simply as the expression of a vessel’s sleekness. A high LBR favors speed but restricts maneuverability as well as cargo hold and cabin design. These considerations, together with the properties of shipbuilders’ materials, have limited the LBR ratio of large vessels to single digits.

If all you have is a rough wickerwork over which you stretch thick animal skins, you get a man-size, circular or slightly oval coracle—a riverboat or lake boat that has been used since antiquity from Wales to Tibet. Such a craft has an LBR close to 1, so it’s no vessel for crossing an ocean, but in 1974 an adventurer did paddle one across the English Channel. 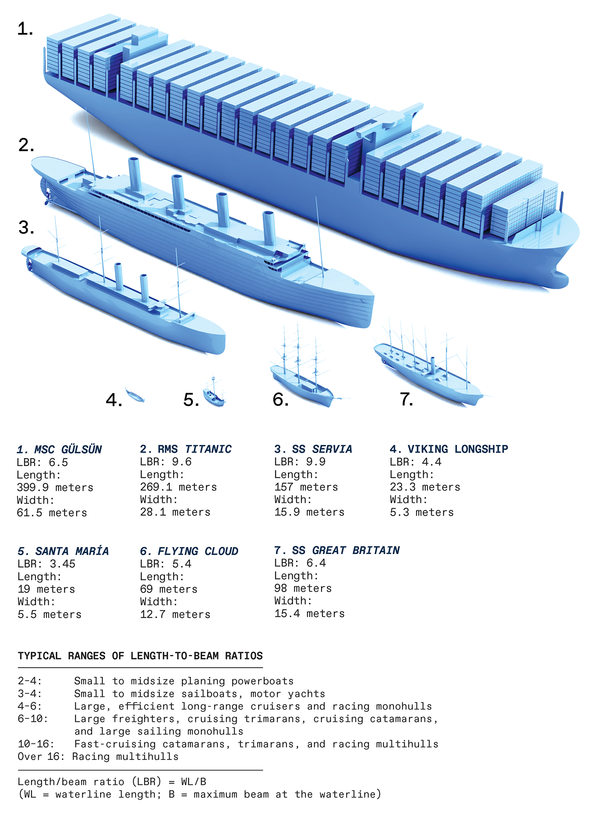 THEY JUST KEEP GETTING BIGGER In each successive era, the biggest ships have gotten even bigger, but the length-to-beam ratio rose only up to a certain point. Narrower designs incur less resistance and are thus faster, but the requirements of seaworthiness and of cargo capacity have set limits on how far the slimming can go. John MacNeill

Building with wood allows for sleeker designs, but only up to a point. The LBR of ancient and medieval commercial wooden sailing ships increased slowly. Roman vessels transporting wheat from Egypt to Italy had an LBR of about 3; ratios of 3.4 to 4.5 were typical for Viking ships, whose lower freeboard—the distance between the waterline and the main deck of a ship—and much smaller carrying capacity made them even less comfortable

The Santa María, a small carrack captained by Christopher Columbus in 1492, had an LBR of 3.45. With high prows and poops, some small carracks had a nearly semicircular profile. Caravels, used on the European voyages of discovery during the following two centuries, had similar dimensions, but multidecked galleons were sleeker: The Golden Hind, which Francis Drake used to circumnavigate Earth between 1577 and 1580, had an LBR of 5.1.

Little changed over the following 250 years. Packet sailing ships, the mainstays of European emigration to the United States before the Civil War, had an LBR of less than 4. In 1851, Donald McKay crowned his career designing sleek clippers by launching the Flying Cloud, whose LBR of 5.4 had reached the practical limit of nonreinforced wood; beyond that ratio, the hulls would simply break.

A high LBR favors speed but restricts maneuverability as well as cargo hold and cabin design. These considerations, together with the properties of shipbuilders’ materials, have limited the ratio of large vessels to single digits.

But by that time wooden hulls were on the way out. In 1845 the SS Great Britain (designed by Isambard Kingdom Brunel, at that time the country’s most famous engineer) was the first iron vessel to cross the Atlantic—it had an LBR of 6.4. Then inexpensive steel became available (thanks to Bessemer process converters), inducing Lloyd’s of London to accept its use as an insurable material in 1877. In 1881, the Concord Line’s SS Servia, the first large trans-Atlantic steel-hulled liner, had an LBR of 9.9. Dimensions of future steel liners clustered close around that ratio: 9.6, for the RMS Titanic (launched in 1912); 9.3, for the SS United States (1951); and 8.9 for the SS France (1960, two years after the Boeing 707 began the rapid elimination of trans-Atlantic passenger ships).

Huge container ships, today’s most important commercial vessels, have relatively low LBRs in order to accommodate packed rows of standard steel container units. The MSC Gülsün (launched in 2019) the world’s largest, with a capacity of 23,756 container units, is 1,312 feet (399.9 meters) long and 202 feet (61.5 meters) wide; hence its LBR is only 6.5. The Symphony of the Seas (2018), the world’s largest cruise ship, is only about 10 percent shorter, but its narrower beam gives it an LBR of 7.6.

Of course, there are much sleeker vessels around, but they are designed for speed, not to carry massive loads of goods or passengers. Each demi-hull of a catamaran has an LBR of about 10 to 12, and in a trimaran, whose center hull has no inherent stability (that feature is supplied by the outriggers), the LBR can exceed 17 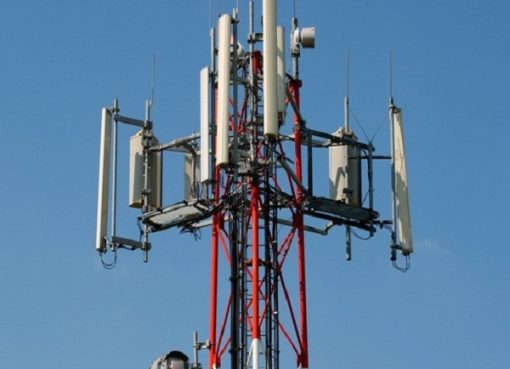 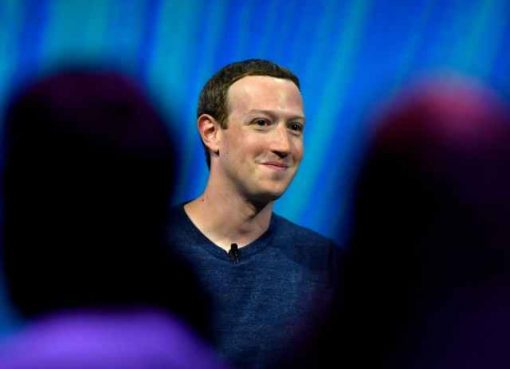 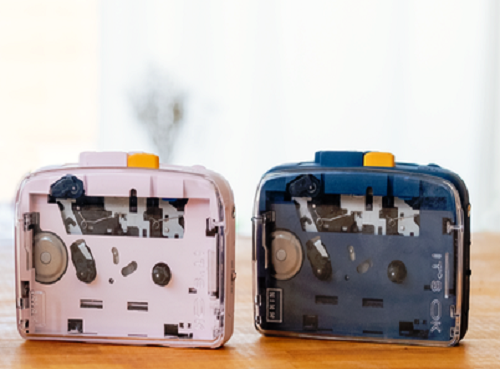