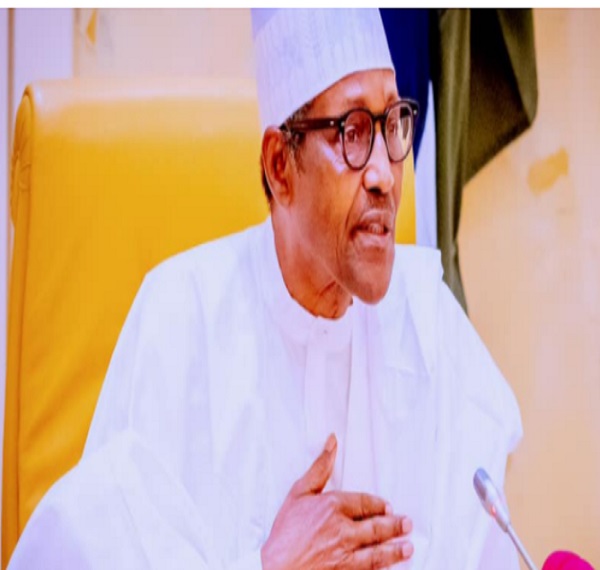 At least N3.8 trillion has been put into the four petrochemical refineries in Nigeria, which have been moribund, even as concerns heighten over the country’s continuous importation of refined petroleum products, despite investment in the refineries.

According to records, about N1.47trn was spent by the federal government in maintaining, revamping and running its four moribund refineries between 2015 and 2020. In spite of this huge sum, the government has approved a fresh $5.74billion (about N2.35trn) for the rehabilitation of the Port-Harcourt (old and new), Warri and Kaduna refineries, and for taking some shares in the Dangote Refinery project.

However, these approvals to spend nearly twice of what had been spent on the refineries in the past five years on rehabilitation have not gone well with experts in the oil and gas industry as they question the refineries’ viability and extent of the impact on ordinary Nigerians.

Some oil and gas experts have, however, hailed the move to repair the Port-Harcourt and other refineries, citing the expected cut in current import burden.

According to a petroleum industry commentator, Suraj Oyewale, government should not spend more money on the refineries; instead, the refineries should be sold off or concessioned.

Oyewale said, “It is clear that the government cannot manage these refineries. Yar’adua made a big mistake by reversing the sale of the refineries by Obasanjo in 2007.

“I don’t mean to sound like a doomsday analyst, but I don’t see anything coming out of this repair. There have been many turnaround maintenances carried out on these refineries in the past three decades, but it gets worse with every maintenance project.”

Speaking emphatically about the waste of scarce resources at a time when Nigeria needs more foreign exchange, Oyewale said, “This is another money in the drain. Other than keeping the refinery workers employed and keeping some contractors busy, I don’t see how this move contributes anything significant to the economy.”

The oil industry expert called on  the government to hands off direct investment in crude refining the same way it handed off oil products retailing by selling its shares in its old downstream companies (like Unipetrol, now being privately and effectively run as Oando; AP sold to Forte Oil and now Ardova Petroleum ownership; among others).

That was before the government returned to fuel retailing through the Nigerian National Petroleum Corporation (NNPC) retail, he noted.

“I am not sure the Nigerian government can run a modern refining business. In fact, it is my view that the NNPC itself should be privatised, although the Petroleum Industry Bill (PIB) retains government ownership, only that it will now be a limited liability company, with the government as a shareholder,” he added.

However, some other oil industry and economic experts have said the rehabilitation of four refineries in the country will bring about lower pump prices, creation of thousands of direct and indirect jobs, less drain on Nigeria’s scarce resource and consequently increase its foreign reserve.

They believe that current rehabilitation moves, if properly done, would yield positive results and liberate Nigeria from the comity of importers.

An Abuja-based economic expert, Simon Samson Galadima, said if the refineries were sustainably fixed and properly managed, there would be a huge boon to government’s current tight fiscal space and Nigerians generally.

“It could mean less reliance on foreign refined oil, hence less subjecting to the vicissitudes of international politics and economics, translating to probably lower pump prices, more direct and indirect jobs for Nigerians and ultimately less drain on scarce resources,” he said.

Galadima also noted that the spending, if not managed, could be a drain pipe. “However, it has the possibility of being a huge drain pipe if not properly done,” he added.

He also harped on concessioning the refineries, saying, “This would have been a better option than government’s incompetent hands.’’

Other experts made a case for the refineries’ rehabilitation.

Lekan Ojo, a policy analyst, said Nigeria refining its own crude would save it a lot of hassle. Ojo said refining crude oil here in Nigeria would help conserve scarce foreign exchange for the importation of other and more important things.

He, however, said government’s management of any resource had always been catastrophic. “More so, the Nigerian government has even been beyond grossly incompetent in management of things. This can easily be considered as billions down the drain,” he said.

But the African Refiner and Distributor Association (ARDA) disclosed that African refineries would need about $15.7bn (+/-50 per cent) to upgrade their facilities to produce cleaner fuels.

The executive secretary of the association, Anibor Kragha, stated that with the growing pressure against fossil fuels, African countries must deploy measures to secure the needed financing to develop and add value to their hydrocarbon resources as these actions are fundamental for the continent’s industrial development and overall energy security.

Shortly after announcing the full deregulation of the downstream oil sub-sector last year, the Minister of State for Petroleum Resources, Timipre Sylva, said the four moribund oil processing machines would be rehabilitated.

The Federal Executive Council, in one its meetings, approved $1.5bn for the rehabilitation of the Port-Harcourt refinery. That came after about N1.47trn had already been sunk into revamping all the refineries in the last five years.

The NNPC had in 2015 expended N82.82bn on the refineries, while in 2016, N78.95bn expenditure was recorded on them. In 2017, the corporation used N604.127bn in maintaining the refineries without any meaningful impact as they all remained comatose.

This spending was not inclusive of directors’ remuneration, staff pension and other benefits.

The report by NNPC further showed that the refineries lost N123.25bn between January and October 2019, while KRPC posted a loss of N49.3bn, PHRC and WRPC lost N36.7bn and N37.24bn, respectively.

With the money expended on the refineries in five years, and the sum of $1.5bn already earmarked for the ongoing rehabilitation in Port-Harcourt and yet to be awarded $1.48bn for Warri and Kaduna rehabilitation, as well as the $2.76bn for stake in Dangote Refinery, experts have concerns over the huge drain on the country’s revenue to fix the refineries.

Why NNPC wants a stake in Dangote Refinery

Minister of State for Petroleum Resources Chief Timipre Sylva announced the approval after the virtual FEC meeting on Wednesday in Abuja, saying the acquisition was in the sum of $2.76bn.

The announcement raised a lot of concerns, but the managing director of the NNPC, Mele Kyari, explained that the national oil company was purchasing a stake in Dangote Refinery, saying it was for both energy and fiscal security of the country.

According to him, there is no resource-dependent country that would have such a gigantic project without having a stake in it.

The refinery is expected to begin production in 2022, with an installed 650,000 barrels per day capacity.

“We know that this business is viable, it will work and return dividends. It has a cash-flow that is sustainable because refinery business, in the short term, will continue to be sustainable.

“That’s why banks have come forward to lend to us, so we can take equity in this.

“It is to expand our portfolio, and because we are the national oil company, we have the responsibility to guarantee energy security for our country. And there is no way you can do that except you have a seat on the boards of these institutions,” he said.

Kyari said any firm going to construct a refinery in the excess of 50,000 barrels per day,” the NNPC would talk to them, take equity in it, as long as we have the money to pay for it.”

“For the Dangote Refinery, we are not taking government’s money to buy it, which is the mistake people are making. We are borrowing on the back of the cash-flow of this business,’’ he added.

Commenting on this process, an expert, Mr Simon Galadima, said the NNPC angling for 20 per cent of the Dangote Refinery may be a way to replicate the Nigeria Liquefied Natural Gas (NLNG) model, which has been praised as exemplary.

“It has the possibility of even being a better arrangement as our dependence on petroleum products is increasing daily.

An economist and former director-general of the Lagos Chamber of Commerce and Industry (LCCI), Dr Muda Yusuf, described the proposal by the NNPC to take a 20 per cent equity stake in the Dangote Refinery as a move in the right direction.

Yusuf said, “The reality is that the Dangote Refinery is a project of significant and strategic national importance, even though it is promoted by the private sector.

“Taking a stake in the project also makes a great deal of economic sense,  especially given our heavy dependence on importation of petroleum products and the resultant pressure on our foreign reserves. “

Reacting to the development, Professor Chris Onalo, the registrar and chief executive officer of the Institute of Credit Administration, said the oil and gas sector remained the major source of revenue for the government, and required massive investment.

Onalo said the Dangote Group had taken the bull by the horns by making a huge investment needed to jumpstart the industry.

“The refinery is an expression of massive confidence in the oil and gas economy of this country.

“It shows that the sector can take Nigeria out of economic woes. I think it is a welcome development, and those of us who are in the public domain cannot wait too long to see that happening.

“So I will say kudos to the Dangote Group for its investment drive across the economy of this country,” Onalo said.

Mr Wilson Opuwei, the chief executive officer of Dateline Energy Services Limited, had told the News Agency of Nigeria that the approval was a step in the right direction for the country.

“It makes sense for the NNPC to invest in ventures that will bring returns to the company.

“Every business needs good investments, and this is what the NNPC is doing with the Dangote Refinery,” he said. 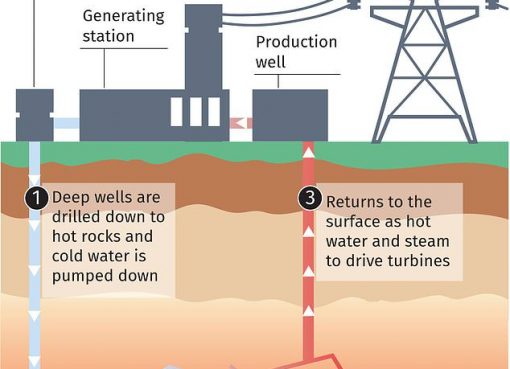 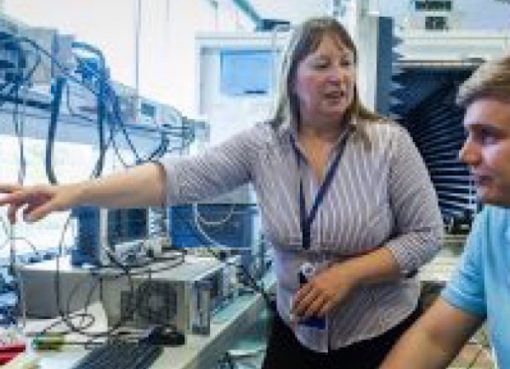 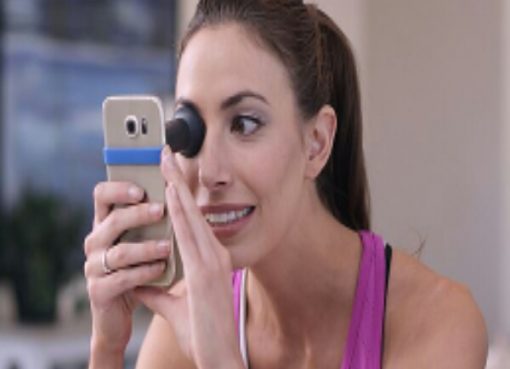