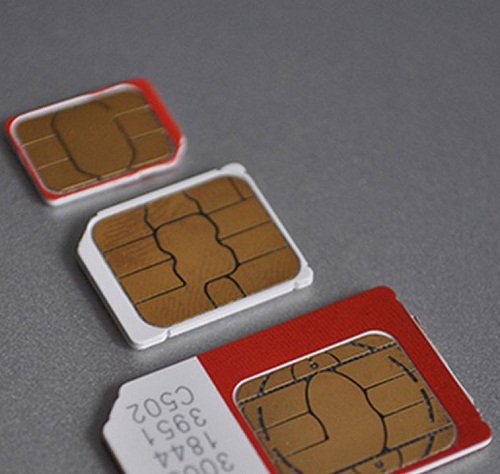 One year after the Federal Government imposed the National Identification Number and Subscribers Identification Module card (NIN-SIM) verification and linkage exercise on Nigerians, with the hope of curbing rising insecurity in the country, nothing concrete has so far been achieved in stemming the tide of attacks.

Noble as the exercise appeared at the outset, especially driven by the need to have a robust national database in the country, the snag however, is that over 415 days after the policy came to being on December 16, 2020, the security situation in the country has not fared better.

Indeed, activities of kidnappers, armed robbers, bandits, insurgents and fraudsters have increased, subsequently dealing a great blow to the objective of the policy.

Perhaps, too early to call, but going by the manner in which the policy was imposed on Nigerians, especially at a time the country was battling second and third waves of COVID-19, and the promise made by the Federal Government that with NIN linked to SIMs, criminal activities in the country would reduce drastically, it is disturbing that as of today, nothing of such appeared to have happened.

In other words, criminal elements still collect ransoms, running into millions of Naira, while more people have become vulnerable to SIM swap frauds.

Painfully, activities of terrorists have ravaged the Northwest, Northeast and gradually making inroads into North Central, despite desperate measures already taken like telecoms blackout in some few Northern states. It is not also hassle-free in the entire Southern region as fraudsters, highway robbers and SIM swap criminals are smiling to the bank at the expense of their victims.

In 2021, a report from SBM Intelligence claimed that 10, 366 people were killed, while an average of 13 persons were abducted daily in the country. SBM Intelligence is a leading research consultancy group, versatile in the area of primary data gathering.

The report revealed that N10 billion ($19.96 million as of June 30, 2021) was demanded as ransom for kidnap victims, though the actual amount paid for the period was not stated.

While the menace of kidnapping persists, scammers have been unleashing terror on their victims. Lately, Nigerians are counting losses as SIM swap fraudsters’ empty bank accounts. Traffic robbers, who snatch peoples’ bags and mobile phones, have compounded the woes.

Narrating his ordeal in the hands of traffic robbers, Adejoke Adekunle, who was attacked last November on the Apogbon Bridge, Lagos, said N250,000 was withdrawn from her account.

Akin Oluyemi, a customer with one of the new generation banks claimed that the sum of N55,500 was deducted from his account on July 20 and 21, 2021 through a POS machine. He said the amount was withdrawn seven times simultaneously, while his branch was unable to identify the culprit nor refund his money accordingly.

Oluyemi said: “I could not believe it. I paid the money into the bank in the morning and later at night, around 11:53p.m. and 12:31 midnight, I received a debit alert, informing me that a total of N55,500 had been withdrawn from my account through a POS machine.

“Meanwhile, my ATM card was with me, while nobody had access to my secret PIN. I reported to the branch only to be told to report back after two weeks, when they must have completed investigations into the matter. After the two weeks, nothing concrete was done on the matter.”

INTERESTINGLY, the Minister of Communications and Digital Economy, Prof. Isa Pantami, said the ministry is working to ensure that the objective of the NIN-SIM policy is achieved.

Pantami told journalists on Wednesday in Riyadh, Saudi Arabia, on the sidelines of the maiden edition of LEAP 2022 technology and exhibition conference organised by Saudi Arabia’s Ministry of Communications Technology, that since becoming a minister and several months into the enforcement of the policy, no security operative has come to seek permission to access the NIN-SIM data base or any other information in an effort to rescue a kidnapped victim.

READ ALSO  Should We Consider Alternatives To Google?

According to him, the NIN-SIM policy came to being because of the need to address insecurity, which is a constitutional obligation of any government, as expressly stated in the 1999 Constitution (as amended) in Section 14, Subsection 2, Article B.

“When I became a minister, I gathered all stakeholders together and told them that our sector is for economic development, but since our constitutional responsibility is security and our boss’ priority is security, let us find how we can reconcile economic development with security, so that we would develop the economy without compromising the security of the country. I told them that digital facilities allow people to be physically away from someone and still commit crime that can harm the person.

“So, in such a situation where economic development and security cannot go hand in hand, we have to compromise our economic development to protect and safeguard our country because if the economy is not secured, the economy will not prosper. So, we came up with this policy to ensure each and every person who lives in Nigeria, either as a citizen or legal residents, his or her identity is known and captured.

“For example, if somebody is kidnapped, we don’t have any legal power to go and access the database. Let’s assume it is your friend, what you should do is to report to security operatives, the police, DSS or any other agency. They should immediately formalise that to NCC, telecoms operators or the Ministry that they need a particular bio data. It is after they have been able to establish a prima facie case that they can now have access to the bio data of the person involved. Our work is only to provide a platform for them where they can get the information they need so that they can make their work much easier.

“As a minister, since the time we started sanitising the database, no single person that has the legal power to ask for bio data of any information with regards to NIN-SIM has beckoned on us to provide such information. It has never happened,” Pantami stated.

Furthermore, the minister disclosed that some of the security institutions, based on Cybercrime law, are allowed to have access to the database without coming to the ministry, NCC or telecoms operators because that database allows for Lawful Intercept.

According to him, that Lawful Intercept was allowed to support Nigeria’s security agents.

“President Muhammadu Buhari has approved for them to do it without even our intervention as a ministry. So, with that approval, NCC has conveyed that through my office to all relevant institutions that Mr. President has granted approval for that. So, with it, they can get databases even without our permission.

“But since then, they (security agents) have never complained or come to me even once to demand information from the database. The only person that wrote a letter to me is the Minister of Defence, saying that we should try to finish the NIN-SIM exercise on time,” he stated.

Pantami informed that despite challenges faced by NIMC, the commission has issued 73 million NINs, with over 30 million issued within a year. He said on assumption of office, he inherited only 1,600 enrolment centres, which had since increased to over 4,000 across the country.

However, complacency on the part of Nigerians has contributed to the rush in getting the NIN, and forced the Federal Government to shift the date from the initial December 30, 2020 to March 31, 2022, after about eight times.

Recall that mandatory use of the NIN actually took effect from January 1, 2019, but there was no vigour behind it. Precisely, at its meeting on September 12, 2018 chaired by President Buhari, the Federal Executive Council (FEC) approved the new National Digital Identity Ecosystem Strategic Roadmap for enrolment of Nigerians and legal residents into the National Identity Database (NIDB).

By that directive, the usage of NIN became mandatory from January 1, 2019 to access any government service across the country. Expanded registration for NIN took effect thereof, but that window of opportunity was not adequately explored until it became mandatory in December 2020, at a time COVID-19 was ravaging Nigeria and the rest of the world.

MEANWHILE, the slow enrolment for NIN might have been compounded by the inability of the government’s licensed agents to also carry out the exercise. The government had in December 2020, licensed 173 agents and 30 state government/public sector institutions to conduct enrolment of all persons on behalf of NIMC.

The Guardian gathered that about 75 per cent of the agents failed to carry out the task, owing to various logistics problems, including funding and procurement process.

Etranzact, VDT Communications, the Unified Payment Services, SeamFix are among other licensees.

Speaking on the policy, the Nigeria Coordinator, Alliance for Affordable Internet (A4AI), Olusola Teniola, said the NIN-SIM verification would be a continual exercise as long as citizens turn 16 years of age and require access to government services or need to obtain a SIM card.

Teniola said the rapid registration of NIN over the last 16 months demonstrates that the numbers of NINs is getting close to being an acceptable form of identification within the country.

He admitted that there are glitches that still need to be ironed out, however, this doesn’t take away from the successes achieved in terms of adoption.

According to him, the expectation that the complex security issue would be solved or reduced by simply linking NINs to SIMs needs to be readjusted based on the reality that this linkage is just one aspect of data information that goes into solving crimes.

“The adoption of data analytics and other pattern matching technologies alongside local intelligence will also need to play their part. Enforcement of laws and prosecutions can be improved by evidence associated with the true identity of an individual using a SIM to commit crimes. That is assuming the data entered into the NIMC database reflects a true identity of an individual in terms of their name, age and date of birth as a basic data and the address they reside at,” he stressed.

The founder, Jidaw Systems, Jide Awe, observed that while there has been significant data collection and linkage in a year of uncertainty and contradictions, “what we need to do next is to explore how national data collected can be used in secure, ethical and progressive ways to address our national and developmental concerns. There are certainly privacy, ethics and cyber-security issues requiring credible oversight.”

Kehinde Aluko, like others, agreed that the policy is good. He, however, said the policy should be reviewed now to know why the purpose behind it has not been achieved.

“If you implement a plan and you are yet to get result, what should be done, would be to review it. Get experts to check why it is failing and correct whatever lapses identified,” he advised. 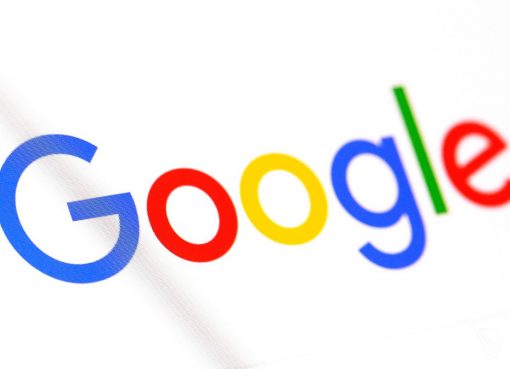 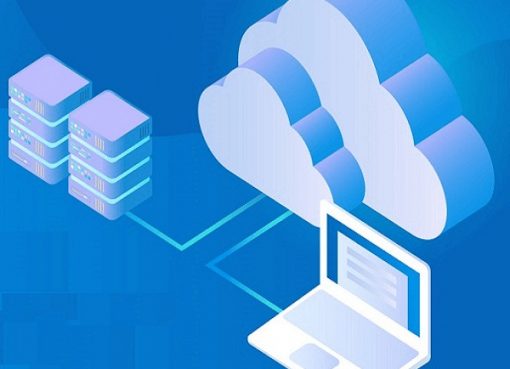 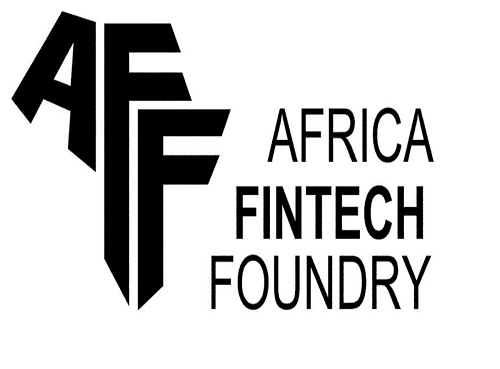