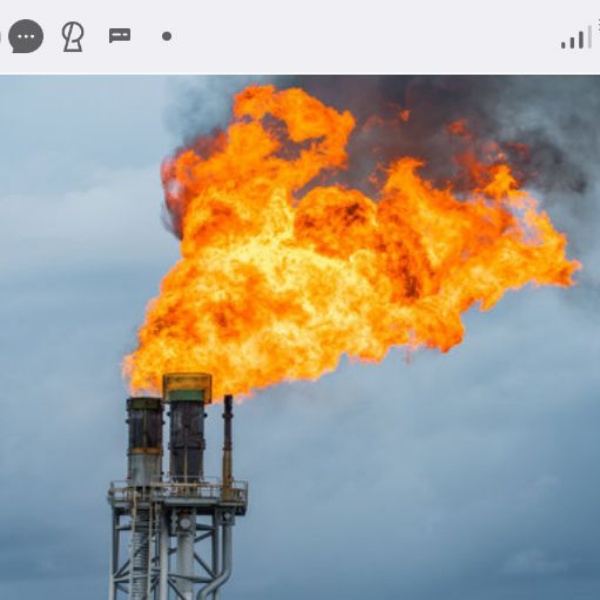 The Nigerian National Petroleum Company Limited (NNPC Ltd.) started the week with a move to tackle the challenges of gas flaring in the country.

The NNPC Group Managing Director/Chief Executive Officer (GMD/CEO), Malam Mele Kyari, during a panel session at the just concluded Nigerian International Energy Summit (NIES 2022) in Abuja, said part of the strategies would be to ensure that any proposed project without clear-cut plans to commercialise or use up its associated gas would no longer be approved.

He said gas utilisation was a major priority of both the Federal Government and NNPC as efforts were on to build infrastructure to replace the current fuel oil and diesel in the nation’s factories with gas which is a cleaner source of energy.

Kyari remarked that the trend was in tandem with the global reality of energy transition.

He, however, stressed that Nigeria as a country needed all the hydrocarbon of today to build the energy of tomorrow.

Also speaking at the event, a former Minister of State for Petroleum Resources, Dr Ibe Kachikwu, said focusing on fast-tracking oil production, in-country refining, developing funding stream and leveraging the Petroleum Industry Act (PIA) were some of the solutions to the industry’s current challenges.

He advised that gas should be seen as transition fuel with estimated life span of 20 years, adding that industry players should begin to look at alternative sources of energy such as solar and wind to catch up with the world before 2060.

Other panelists including the Managing Directors of Chevron, SPDC, Exxon Mobil, Deputy Managing Director of Total Energies and General Manager of NLNG expressed commitment to the energy transition aspiration of the Federal Government, while indicating their willingness to partner with NNPC for better business opportunities.

Speaking at the CEO Roundtable session with the sub-theme: “Strategies for Confronting the Energy Transition” Kyari said a key strategy to tackle the energy transition challenge was to beef up investment in the development of physical infrastructure.

This, he said would get electricity to end users across every part of the country.

“We know that in this country, anything less than 30,000 to 40,000megawatts of electricity cannot serve this country adequately.

“The population is growing, the middle class is growing, in fact, their energy requirement is very different; rural-urban migration is at its peak.

“This means that you need more and more infrastructure on ground to close that gap.

“So, we need to be much more productive, industrial growth must be accelerated, infrastructure must be put in place in the short term to grow the economy to a level where we can generate enough revenue to close energy poverty gap.

“We must answer the electricity question in the country,” Kyari said.

Meanwhile, President Muhammadu Buhari has called on investors in the energy industry to avail themselves of the conducive environment provided by the Petroleum Industry Act (PIA) to accelerate investment in the Nigerian energy sector.

Speaking at the opening of the just concluded NIES 2022, the president said that with the PIA in place, there should be no excuses for players in the nation’s petroleum industry not to deepen their investments, especially in the gas sector.

The president, who was represented by the Minister of State for Petroleum Resources, Chief Timipre Sylva, noted that the world was moving away from fossil fuels.

Buhari said it would be in the interest of the country to speed up its fossil fuel exploitation and make good use of the resources for the betterment of the country rather than abandon the huge oil and gas reserves.

He acknowledged the demands for energy transition and assured that the country was prepared to face the challenges.

Speaking in his capacity as the Minister of State for Petroleum Resources, Sylva, said the world should support a drive to develop African natural gas production, describing it as green energy to boost electricity generation.

Sylva explained that for countries such as Nigeria, which was rich in natural resources but still energy poor, the transition must not come at the expense of affordable and reliable energy for people, cities, and industry.

On his part, the NNPC CEO, Kyari, said that the company would continue to develop Nigeria’s gas resources in spite of the exit of International Oil Companies (IOCs) from the country due to the global push for energy transition and net zero carbon target.

On energy transition, Kyari said the NNPC would work with its partners to facilitate the process in Nigeria regardless of the massive drop in investment in fossil fuel projects amidst exit of IOCs from Nigeria.

The NNPC boss stated that Nigeria and most sub-Saharan Africa countries were energy deficient.

He said the world had acknowledged the place of gas as a transition fuel, stressing that it would not be possible for gas to play that role unless there were investments in the gas sector to produce, process and make it available to users.

He informed that funding for fossil fuel projects had dropped by about 50 per cent when compared to what it was about 10 years ago.

Also, the Secretary-General of the Organisation of the Petroleum Exporting Countries (OPEC), Dr Sanusi Barkindo, and other African Energy Ministers at the summit defended investments in fossil fuels.

They insisted that the global push for energy transition to net zero carbon emission was not in favour of Africa.

They argued that Africa accounted for less than three per cent of global carbon emissions while some 600 million Africans had no access to electricity, stressing that it would be counter-productive to halt investments in fossil fuels in Africa.

Still in the week under review, the NNPC Ltd. signed a multi-billion dollar Gas Sales Agreement (GSA) with its partners.

The aim is to deliver 70million standard cubic feet (mscf) of gas to Dangote Fertiliser Limited for fertiliser production and to support the Federal Government aspiration to boost agricultural development in Nigeria.

Speaking at the signing ceremony in Abuja, the CEO/GMD of NNPC, Malam Mele Kyari, said that the milestone of delivering that huge volume of gas to Train 2 of Dangote Fertiliser plant was part of the company’s drive to ensure greater gas utilisation in the country.

He emphasised that the initiative would boost gas supply to the domestic market in alignment with the Federal Government’s plan to transform Nigeria into a self-sufficient nation in fertiliser production.

In his remarks, the Chairman/CEO of Dangote Group, Mr Aliko Dangote, said that the execution of the gas sales agreement would not only help to meet up with fertiliser supply into the domestic market, but would also attract about $1.8billion foreign exchange into the country.

He commended the NNPC GMD for his visionary leadership that led to the actualisation of the project, noting that with GSA, Nigeria would soon become the 7th largest producer of fertiliser in the world and second in Africa behind Egypt.

On his part, the Chairman of Shell Companies in Nigeria/Managing Director of Shell Petroleum Development Company (SPDC) Nigeria, Mr Osagie Okunbor, appreciated the NNPC GMD and other partners for the effort, describing it as the fastest GSA executed in recent history.

Also in the week, the Minister of State for Petroleum Resources Chief Timipre Sylva expressed satisfaction with all the measures so far put in place by the Nigerian Midstream and Downstream Petroleum Regulatory Authority (NMDPRA) and the NNPC limited to bring the current fuel supply disruption in the country to an end.

Sylva who stated this when the GMD/CEO of the NNPC Limited, Malam Mele Kyari, and the Authority Chief Executive, Mr Farouk Ahmed, briefed him on the various measures put in place to end the scarcity of PMS commended the CEOs of the two agencies and expressed confidence in their ability to bring the situation under control.

Describing the situation as an accident, the Minister pledged his support to the NNPC and the Authority while appealing to consumers to be patient as all hands were on deck to end the supply disruption.

Meanwhile, the chairperson of the Board of Directors, NNPC Limited Sen. Margery Chuba Okadigbo expressed confidence in the ability of the current NNPC management to drive the company to greater heights.

Speaking on the sidelines at the just concluded NIES 2022, Sen. Okadigbo said the PIA had placed NNPC in a position of global competitiveness, adding that Kyari, The GMD/CEO has demonstrated the requisite capacity to transform the company into a world class energy company. 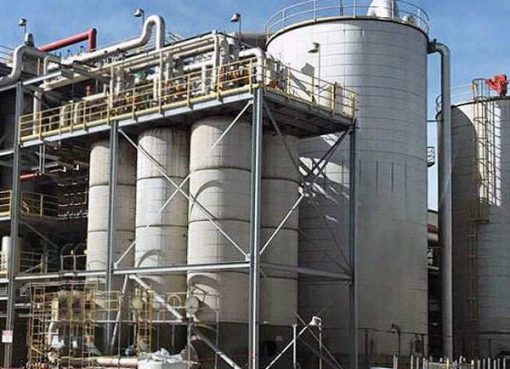 Should Corn Ethanol Be Left In The Rearview Mirror? 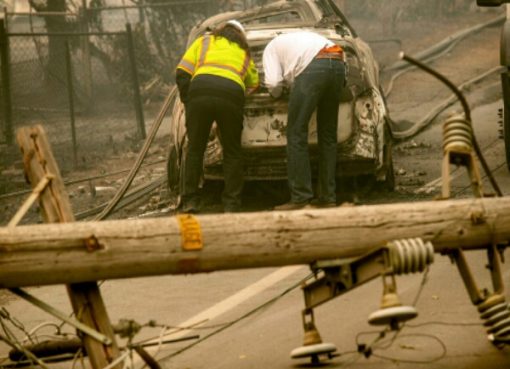 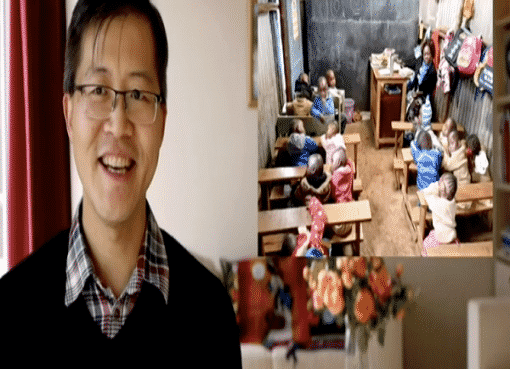