At the opening of her four-day self-improvement seminar, Jennifer Spargifiore was held in isolation for hours until a screaming man broke the silence, yelling that the attendees were “nothing.”

The degrading experience “more and more resembled a cult initiation ritual as time went on,” reads a suit filed last year by Spargifiore, a former Panda Express cashier in Santa Clarita, Calif., against the fast food chain. By the third day, she was asked to strip down to her underwear.

Spargifiore alleges that Panda Express “pushed” its employees to attend the 2019 programs, run by Alive Seminars, in order to be considered for a promotion. She was making an $11.35-per-hour wage at the time, and said she had to pay hundreds of dollars out of pocket to attend.

Seminar leaders confiscated cellphones, removed all clocks, and blacked-out the windows making it feel to her like “the interrogation of terrorist suspects,” the lawsuit states. One seminar employee instructed Spargifiore, then 23, to imagine herself on a sinking ship where she could only save four of her employees. They told her to imagine a bright light sucking out her “negative energy.”

The suit, which is now in private arbitration, highlights the extreme “work as religion” philosophy that has exploded in the last 40 years in America. Panda Express billionaire co-founder Andrew Cherng is well known for lining his offices with self-help bestsellers, a favorite of his being “The 7 Habits of Highly Effective People.” (Panda Express did not respond to requests for comment by press time.)

The seminar’s tactics are rooted in a philosophy propagated by Silicon Valley tech companies, which push the idea that “meaning is the new money,” according to the new book “Work Pray Code” (Princeton University Press), out now.

Author and sociologist Carolyn Chen calls this philosophy “techtopia,” where “people find their highest fulfillment in the utopian workplace.”

Chen spent seven years interviewing more than 100 Silicon Valley engineers, entrepreneurs, venture capitalists and the service workers who “care” for them — everyone from spiritual gurus to massage therapists. She took their meditation classes, attended their “dharma” trainings, worked out in their infrared sauna gyms and ate in their locally sourced gourmet food-filled cafeterias.

This infusion of meaning makes it easier — even desirable — to work harder, she writes.

Instead of reducing hours or workload, tech workers are guided to work on “self care,” which involves everything from eating healthy and finding hobbies to “connecting with friends and ‘the Universe,’ ” writes Chen.

“Workers who are ‘well’ . . . are more productive, can work longer hours, and are more creative and resilient,” according to internal research from one unnamed company, which Chen cites in the book.

Or, as one human-resources professional said bluntly: “We can’t work them 24/7 unless we give them flexibility.”

This philosophy stems from the earliest days of Silicon Valley during the Cold War, when machine technology was seen as the evolutionary advance that would save mankind from itself, according to historian Margaret O’Mara, author of “The Code: Silicon Valley and the Remaking of America.” And it has grown as charismatic tech gurus, such as the late Steve Jobs, achieved godlike status in the industry.

Chen’s research subjects are almost all men, and most are white or Asian. Eighty percent had moved from places outside Silicon Valley, marooned there without the support structures of family, friends or community. Chen describes them as “far from home, alone, young, impressionable.” Work is their only outlet to fill in the “meaning” gap.

Jobs aren’t just ways to get paid, they are “journeys” or “paths,” writes Chen, especially since working in startups does rely on a considerable amount of faith — 90% of them fail. People don’t necessarily want to make more money, they want to “make things” or “do good.” Colleagues are “family.”

“Work conversions” are common. People who have been bullied, ignored or rejected their whole lives suddenly find a place to thrive and shine. One of the few women Chen interviewed described the change: Once “quiet and lacking confidence,” now she commands the room. She said her ties to her “work family” are stronger than to her real family. “I can say no [to my mother] just like that but cannot say no to my company because they have helped me become who I am today.”

At one unnamed startup, while “breaking bread” with colleagues and choosing among six homemade flavors of organic ice cream, people laughed in groups and listened to music. “They sing at work. They stretch at work. They believe they are healthier at work. One man told me that a professional workshop on communication saved his marriage. Another woman told me that because of work, ‘I learned to be me.’”

These are lofty sentiments from people who are notoriously overworked, in constant danger of burnout and stress-related health conditions, where job turnover is high and some people even live in their cars because they can’t afford the sky-high rents in Palo Alto. Ninety-two percent of the people Chen interviewed worked 50 hours or more a week — a third reported more than 65 hours a week.

Still, competition for talent is fierce. Companies know that it’s no longer enough to pay people handsomely or offer free fancy food — there needs to be a greater purpose behind work, or “satori,” a life path.

Tech companies are fully aware of the importance of meaning-making. Google sponsors work programs with names like, “Search Inside Yourself.” Salesforce, the cloud-based software company that owns Slack, invited monks to visit two annual sales conferences. Legal tech firm Euclid hired a Buddhist dharma teacher to “help people reconnect with themselves” and “liberate them to be fully alive” in a series of companywide programs.

It turns out that the bead-wearing spiritual adviser who counseled machiavellian CEO Gavin Belson on the HBO satire “Silicon Valley” is no joke. In the real-life Silicon Valley, there are actual positions called “chief spiritual officers” who help guide “high-pos” (or high potential employees) to “be their best selves” or “tap into their authenticity.” Religious gurus are on site to help people tailor their so-called “cathedral stories,” or how they connect to their higher purposes. (In a cathedral story, the unhappy builder only knows he’s lining up stone blocks; the happy worker knows those blocks are building a cathedral.)

While Silicon Valley may be the epicenter of experimental self-improvement (just check out how many tech workers fast or microdose psychedelics to achieve greater clarity or productivity), the “work as religion” philosophy has spread across the country. According to Chen, almost every Fortune 500 company has some kind of religiosity baked into its corporate structure — from inspiring mission statements to charismatic leaders — and many companies have actively gone “spiritual” to drive up the bottom line.

For the past 40 years, the workplace has successfully unseated religious institutions as a primary meaning maker, right after family, according to a recent Pew survey. High-income employees work longer hours than ever and are less likely to consider themselves religious, writes Chen. People who don’t have any religion — “religious nones” — have tripled in the past quarter century. At the same time, corporations have changed their strategies, using new incentive structures like gain sharing and stock options to bring people into the corporate “family.”

“People are not ‘selling their souls’ at work. Rather, work is where they find their souls,” writes Chen.

Today, companies take the soul far more literally than ever. Self-help books, retreats and self-improvement seminars are commonplace. Companies like Aetna and Nike have embraced mindfulness and meditation — in fact, 22% of mid- to large-size American companies include some form of mindfulness practice. Walmart and Taco Bell have reportedly hired chaplains to deal with “spiritual issues.” One mining company even encourages workers to place stickers on their hard hats expressing psychological and spiritual “love languages” as a form of appreciation for their colleagues.

During the pandemic, work became one of the only consistent lifelines to the rest of the world — meanwhile, a Pew research poll showed that COVID decimated church attendance. “One manager said that her team is working even harder now,” writes Chen of work life during lockdown. “Without their daily commute, and with nowhere else to go, they are channeling even more of their energy into work.”

Now, as people return to their offices amidst the radical reshuffling known as “The Great Resignation,” companies are even further incentivized to prioritize meaning at work. Salesforce is already doubling down by inviting all 10,000 employees to an off-site retreat at the so-called “Trailblazer Ranch,” where yoga classes take place in an old chapel, meetings happen in outdoor areas called “the Cathedral” and people can throw pebbles into an intention pond.

But Chen says there is a serious downside to finding our sense of spirituality and greater purpose at work. Meaning, she explains, is not a limitless resource. “There’s a meaning bank. When you’re drawing and giving devotion to one thing, then you’re taking that same devotion from something else.”

In other words, as we work more and more, we have less time to engage in civic organizations, and fewer hours to spend with our families and loved ones.

Chen believes this is the biggest danger of the techtopia: “We lack those communal spaces, those sources of fulfillment that give us substantial meaning outside of work.” 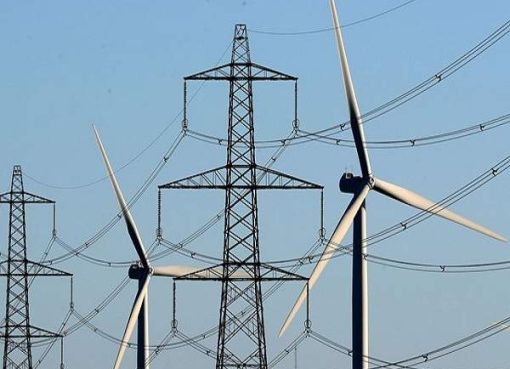