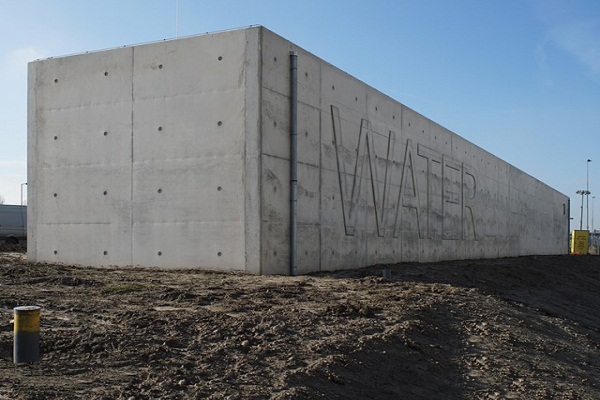 When a radio talk-show host insisted last year that you can grow concrete, he was mercilessly ridiculed on social media. While his argument was uninformed, does bioengineering mean it could one day be possible to ‘grow’ concrete on a small scale?

Concrete is the most widely used man-made material, and second only to water as the most-consumed resource on Earth. Incredibly, 7.3 billion cubic metres of concrete is poured every year, accounting for 8 per cent of carbon dioxide emissions.

While greener concrete may help curb some of the environmental damage done by our favourite building material, we will probably need even more of it. After all, our growing global population, which is expected to top 9.7 billion by 2050, will need new homes and we will need efficient ways to maintain current houses and infrastructure too.

Self-healing concrete is one part of the solution to this global challenge. Engineers have developed forms of it that contain capsules which release a healing agent to fix cracks when they are split open. Using this new wonder material could save millions of pounds every year in maintenance costs, not to mention disruption caused by repairs to tunnels, bridges and other concrete infrastructure.

The problem with conventional reinforced concrete is that stress gradually creates small cracks, allowing water and oxygen to penetrate the steel in the concrete, causing it to corrode. This could in turn cause serious damage to the structure.

Hendrik Jonkers, professor of bio-adapted and sustainable building materials at Delft University of Technology in the Netherlands, has discovered a special ingredient that enables concrete to heal itself: bacteria that are usually found in stone. He has been able to create self-healing bio concrete by embedding bacterial spores, which are like seeds for bacteria, in a concrete mix.

When cracks start to appear in the bio concrete, water and oxygen infiltrate it and activate the spores, causing the bacteria to multiply. This ensures a wide distribution of bacteria inside the crack. The widely dispersed bacteria will start to convert the nutrients in the spores into calcium carbonate, or limestone, which will eventually seal the crack. This essentially ‘heals’ the concrete using a process found in nature called biomineralisation – the same process that often results in plaque forming on your teeth.

“What makes these limestone-producing bacteria so special is that they are able to survive in concrete for more than 200 years and come into play when the concrete is damaged,” Professor Jonkers explains. Using this new material in construction gives buildings real longevity.

The technology, which was developed and patented in collaboration with the Delft University of Technology, has been commercialised. Basilisk Self-Healing Concrete sells an admixture, suitable for building new structures, along with two more products that can be applied to existing buildings to boost their durability.

Basilisk’s self-healing products have been used by a Dutch railway firm and in the construction of the Port of Rotterdam, while JP Concrete’s Sensicrete is the first self-​healing concrete available in the UK and the company hopes to see the material being used in new builds and infrastructure in the country soon.

The only prohibitive factor is cost. “Self-​healing concrete is not the sort of thing that would be, currently at least, considered economically viable for normal construction. It tends to be on mission-critical infrastructure, where the benefits of long-term robustness of the material far outweigh the initial costs,” says Martyn Dade-Robertson, professor of emerging technology and co-director of the Hub for Biotechnology in the Built Environment at Newcastle University.

However, he thinks biotechnology will revolutionise the construction industry, and wants to use the capacity of microorganisms to sense and respond to their environment, as well as add to it with their own structures.

“The concept behind our project, Thinking Soils, is that you have bacteria in soil that can detect mechanical pressure,” Dade-​Robertson explains. This could trigger biomineralisation, which is the same process used by self-healing concrete. “We could create a self-constructing foundation just by putting the right amount of pressure on the ground, removing the need for costly excavations and reinforced concrete slabs.”

Unsurprisingly, making this a reality is difficult. His team has identified genes in certain bacteria that activate in response to pressure. “We want to engineer those responses,” says Dade-Robertson, who, through synthetic biology, has used genetic engineering to design bacteria that glow under pressure.

The next step is making an enzyme that’s responsible for the biomineralisation process. “It’s a very complicated enzyme to make, but what we’re trying to do is get an engineered system that will lead to the enzyme being created in response to the genetic ‘switch’ in bacteria being triggered by a load.” The researchers are getting “very close” to managing this, but putting different processes together will be a challenge. They intend to create a demonstrator where they can load a material and from it produce calcium carbonate crystals, essentially using its pressure-sensing capacity to trigger biomineralisation. Dade-Robertson admits the project is ambitious, but says it is about creating a new class of material.

Growing small-scale deposits to bind particles together and fill cracks is neat. But could we one day grow materials into forms and structures that are building-ready, essentially ‘growing’ parts of a house? Professor Dade-Robertson says this probably isn’t too far off.

A US firm already makes decorative ‘stone’ using biomineralisation, while a British start-up called Biohm soon plans to manufacture blocks of insulation from mycelium, which is the root network of a fungus.

These biotech feats are impressive, but the next step is to engineer living materials that can be used in construction. For example, biodegradable microbial cellulose materials can be ‘grown’ to take the place of plastic, like in eco-friendly food packaging. But what if you could turn the material’s ability to biodegrade on and off? According to Dade-Robertson, if that was possible it could one day be used to construct environmentally friendly buildings. For example, once someone had finished living in a cellulose-based dwelling, the biodegradable switch could be ‘turned on’ and the building would disappear.

The development of materials that retain their life-like properties takes this idea one step further. For example, instead of drying mycelium to produce insulating bricks, the mushroom roots could be kept alive. “It could grow thicker in the winter to keep you warm,” Dade-Robertson muses.

In fact, Nasa is interested in whether mycelium might be a good material to use for building on Mars. “As mycelia normally excrete enzymes, it should be possible to bioengineer them to secrete other materials on demand, such as bioplastics or latex to form a biocomposite,” says Lynn Rothschild at Nasa Ames Research Centre. “A mycotectural building envelope could significantly reduce the energy required for building because in the presence of food stock and water it would grow itself.”

A group at MIT has developed materials made of layers of bacterial spores and latex that can change their shape in response to water. While their focus was on clothing, Dade-Robertson’s group is exploring whether this method could be used to make building membranes that could ‘sweat’ as indoor humidity rises, negating the need for mechanical air-conditioning systems. “Using latex membranes coated with bacteria spores the material will flex and open pores – like sweat glands – allowing air to flow through the walls,” he says.

Elsewhere, others are also working on the creation of a living building material. Wil Srubar, professor of architectural engineering and materials science at the University of Colorado Boulder, has used photosynthetic cyanobacteria – the green microorganisms that grow on the walls of fish tanks – to help grow a building material that can be kept alive.

The cyanobacteria use carbon dioxide and sunlight to grow, and can create bio-cement, which Srubar’s team used to help bind particles of sand together to form a brick.

“By keeping the cyanobacteria alive, we were able to manufacture building materials exponentially. We took one living brick, split it in half and grew two full bricks from the halves,” he says. Such a technique could certainly come in handy on a building site and could save energy too.

An expandable house could even be on the cards. “Imagine you’ve got a building that starts growing bricks for an extension as your family grows, so your house grows with you,” Dade-Robertson says. While he acknowledges this is “far-reaching stuff”, there is fundamental research going on that could lead us in this direction, making sci-fi-worthy ideas a reality.

If he is right, our eco-friendly homes will be a far cry from the futuristic glassy skyscrapers of ‘Minority Report’, or swanky apartments in ‘Blade Runner’, instead taking their inspiration from nature. Self-healing concrete and mushroom bricks are amazing, but we have only scratched the surface of the potential of bioengineered building materials. Organisms could bring living functions to building blocks, such as responding to temperature or pressure, self-healing or even lighting up. As Professor Srubar says: “If nature can do it, living materials can be engineered to do it, too.” 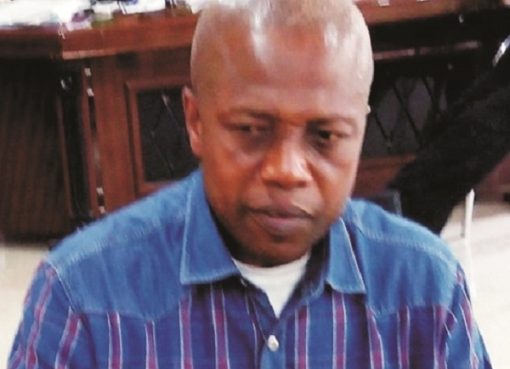 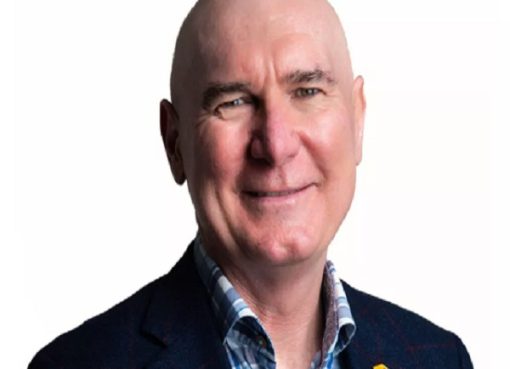 A Single Source Of Truth: The Future Of The Construction Industry 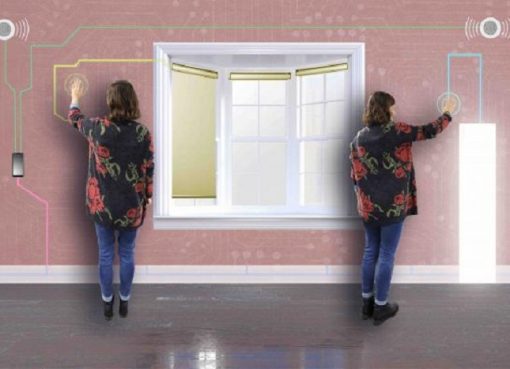