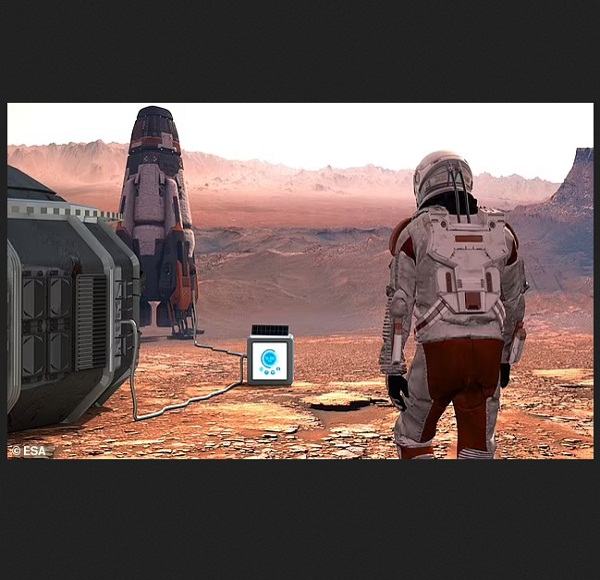 It sounds eerily similar to the plot of Matt Damon’s blockbuster movie The Martian. But if humans are to survive on Mars, it will mean maximising the use of all available resources — and that includes astronaut wastewater.

To that end, scientists have come up with an idea for a system that uses sunlight to produce fuel from this waste.

They said it would involve making ‘the first reactor to produce space propellant on Mars using the planet’s air’, which is 95 per cent carbon dioxide.

This reactor would then be powered by sunlight and astronauts’ waste water would be used to help produce rocket fuel.

The process would also detoxify the water used — serving as a recycling method.

In The Martian, Damon plays a botanist-turned-astronaut who gets stranded on the Red Planet and survives by fertilising Martian soil with his faeces; slicing up potatoes and planting the cuttings.

Fuel production: If humans are to survive on Mars, it will mean maximising the use of all available resources — and that includes astronaut wastewater. To that end, scientists have come up with an idea for a system that uses sunlight to produce fuel from this waste 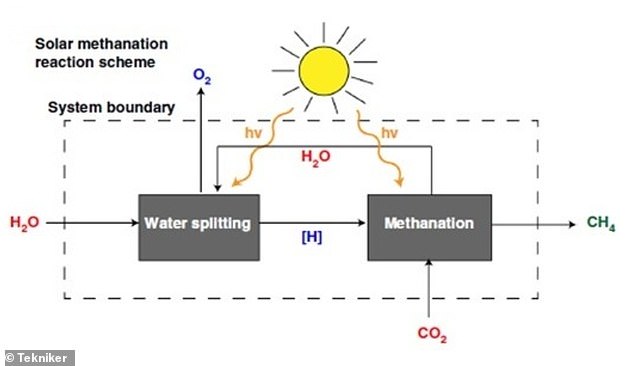 Mars is the fourth planet from the sun, with a ‘near-dead’ dusty, cold, desert world with a very thin atmosphere.

Mars is also a dynamic planet with seasons, polar ice caps, canyons, extinct volcanoes, and evidence that it was even more active in the past.

It is one of the most explored planets in the solar system and the only planet humans have sent rovers to explore.

One day on Mars takes a little over 24 hours and a year is 687 Earth days.

Jean-Christophe Berton, the European Space Agency’s (ESA) technical officer for the project, said: ‘The outcome of this activity could provide ESA with valuable input on the production of propellant on Mars or to power remote sites like ground stations on Earth.

‘It could also potentially provide input on how to decarbonise our own atmosphere.’

A team from Spanish technological centre Tekniker is working on the system.

Borja Pozo from Tekniker said: ‘We aim to make the first reactor to produce space propellant on Mars using the planet’s air, which is 95 per cent carbon dioxide.

‘The reactor will be powered by sunlight, and astronauts’ greywater will be used to help in the production of the propellant.’

The ‘photoelectrochemical’ system would rely on high-efficiency catalytic materials to produce hydrocarbons such as methane as well as carbon monoxide or alcohols from atmospheric CO2 plus wastewater.

Pozo added: ‘In space missions, in which the materials can be scarce, CO2 appears as a valuable resource to yield chemicals and fuels.

‘This technological approach is of particular interest in future missions to Mars, where CO2 is 95 per cent of the atmosphere composition.

‘The aim of the idea is to make signs of progress for a photoelectrochemical (PEC) system, related to reactor design, process control, and developing innovative photoelectrodes with high-efficiency catalytic materials processed by magnetron sputtering, an industrial-scalable technology.’

He said it would be ‘interesting’ to pair sewage treatment with the production of fuel from CO2.

‘The project goal is to provide an improved PEC system for CO2 reduction and connect it with the sewage treatment,’ Pozo added.

In this sense, the oxidation in a PEC cell of the organic content (including pathogens) of the sewage would allow detoxify the water and make it also reusable for other purposes.

‘The subtracted electrons from this process would reduce CO2 in the cathode producing fuels by direct conversion using solar light as energy source.’

Tekniker is not the first organisation or company to come up with an idea for creating fuel on Mars.

One of the biggest barriers ti a manned mission to the Red Planet is the fact it will cost $8 billion to ferry 30 tons of methane and liquid oxygen to power return rockets. 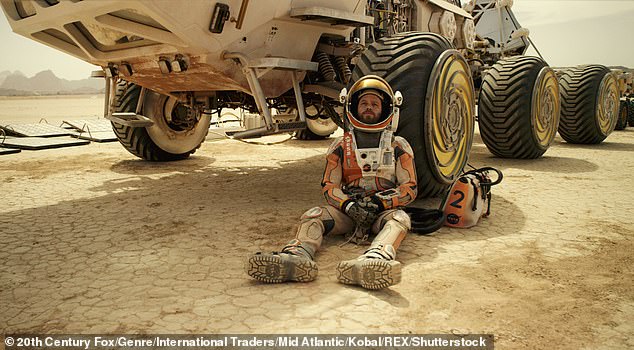 In The Martian, Damon plays a botanist-turned-astronaut who gets stranded on the Red Planet and survives by fertilising Martian soil with his faeces; slicing potatoes and planting cuttings 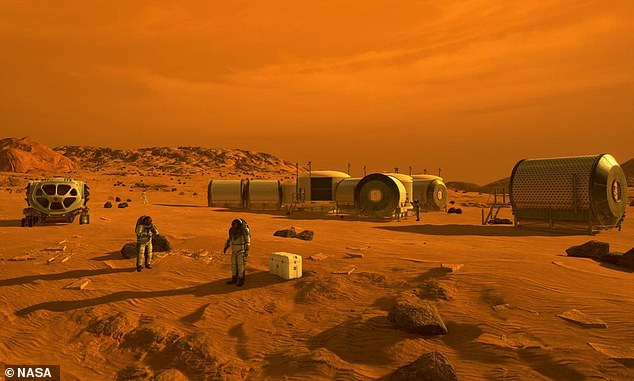 The team wants to build giant photobioreactors on Mars that use sunlight and carbon dioxide to produce cyanobacteria in order to make sugars.

READ ALSO  Plastic Epidemic In Nigeria: Lessons From Other Nations

The Martian propellant, called 2,3-butanediol, is not a concept, but is used on Earth to make polymers for rubber production.

Their paper, published in Nature Communications, outlines the process that would occur on Mars, starting with transporting plastic materials that would create football field-size photoreactors on the Red Planet.

In 2020, a team from Washington University in St. Louis also developed a system that would transform unusable water on Mars into fuel and oxygen.

Their concept uses electricity to break the planet’s salty water down into oxygen and hydrogen, and has shown to operate in a Martian atmosphere at -33 degrees Fahrenheit.

Mars has become the next giant leap for mankind’s exploration of space.

But before humans get to the red planet, astronauts will take a series of small steps by returning to the moon for a year-long mission.

Details of a the mission in lunar orbit have been unveiled as part of a timeline of events leading to missions to Mars in the 2030s.

Nasa has outlined its four stage plan (pictured) which it hopes will one day allow humans to visit Mars at he Humans to Mars Summit held in Washington DC yesterday. This will entail multiple missions to the moon over coming decades

In May 2017, Greg Williams, deputy associate administrator for policy and plans at Nasa, outlined the space agency’s four stage plan that it hopes will one day allow humans to visit Mars, as well as its expected time-frame.

Phase one and two will involve multiple trips to lunar space, to allow for construction of a habitat which will provide a staging area for the journey.

The last piece of delivered hardware would be the actual Deep Space Transport vehicle that would later be used to carry a crew to Mars.

And a year-long simulation of life on Mars will be conducted in 2027.

Phase three and and four will begin after 2030 and will involve sustained crew expeditions to the Martian system and surface of Mars. 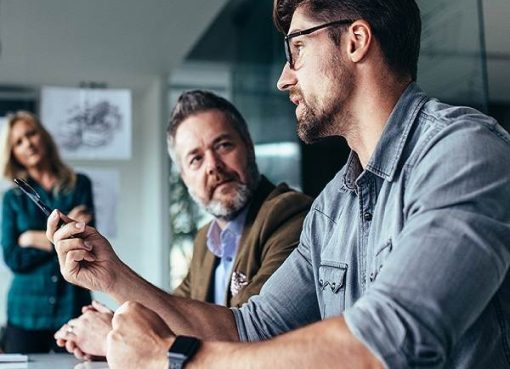 8 Guaranteed Ways Of Turning A Startup Into A Successful Business 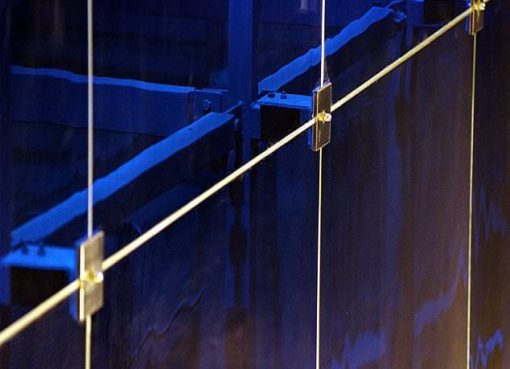 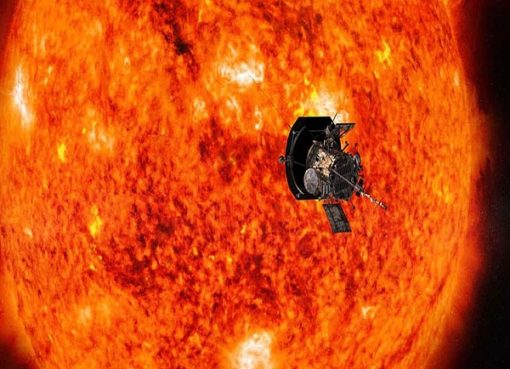