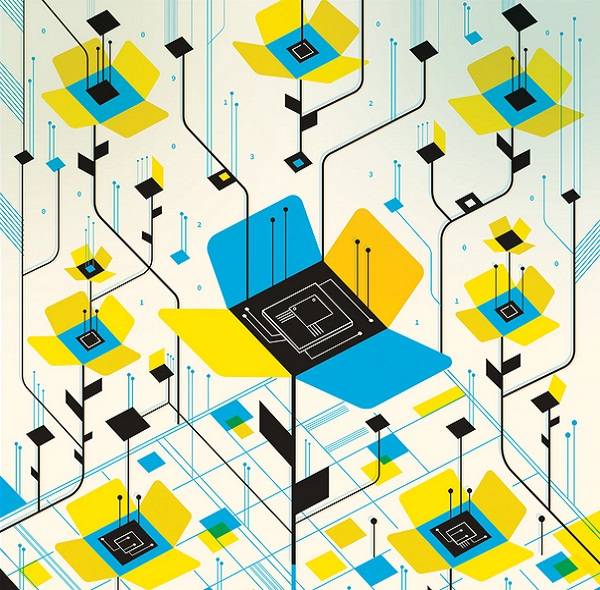 Thanks to the catalytic converter in their cars, most people have an idea of what catalysis is. It refers to a chemical reaction that is enabled, or greatly speeded up, by the presence of one or more other chemicals. A catalytic converter, for example, uses palladium, rhodium, and platinum to convert pollutants like carbon monoxide, nitric oxide, and nitrogen dioxide into water and carbon dioxide.

More than 90 percent of all industrial-chemical processes depend on catalysis. But for living systems, a more important phenomenon is autocatalysis, in which one of the chemical products of a reaction is itself a catalyst for that same reaction. Think of it as a feature that, under the right conditions, allows a chemical reaction to amplify itself.

It is a stunningly powerful mechanism. Life itself depends on autocatalytic chemical reactions—beneath our placid exteriors we are a seething mass of autocatalysis. Remarkably, this same concept, of a system giving rise to a factor that then synergistically enlarges or improves the system, can often be seen in the networks created by human beings. It’s true of social networks, transportation networks, commercial networks, and, especially, communication networks.

In the 18th century, the United Kingdom built a network of canals that enabled, rather suddenly, the delivery of raw materials, coal for power, and access to ports for the finished goods. That, in turn, led to the invention of factories, which set the stage for the Industrial Revolution. Of course, the explosion of industrial activity that ensued was very, very good for the canal network. Here, the factories were the catalyst, spawned by the canal-network system that they then expanded and strengthened.

Fast-forward roughly 250 years, to the 1980s, in the United States. We have various electronic communication networks (the autocatalytic system) and some early personal computers (the catalyst). Personal computers are not yet ubiquitous, but then, in 1989, along comes the Internet, a second generation of a packet-data network that had started out as a communications network for the military and for sharing scarce computer resources in academia. Because the Internet was available to any customer who wanted to pay, the demand for network bandwidth surged and set the stage for the World Wide Web, an easy-to-use information network overlaid on the packet-data network. At last, people had a compelling reason to buy a computer.

The Web soon became a vehicle for commerce, and demand rose even more. Ultimately, we needed to build large data centers as the backend of that commerce system. Then a bunch of folks got the brilliant idea to offer businesses the computational resources, in addition to the storage, of those data centers. Thus cloud computing was born.

Beneath our placid exteriors we are a seething mass of autocatalysis

Years later, cloud computing enabled the large-scale training needed for deep neural networks. The computational demands for this training are now so great that they are driving the growth of cloud computing networks, which are fed by a worldwide network of mostly low-paid piece workers in the developing world who label data needed to keep the training going. They use the Web to move the data around, and to get paid.

Are we in the endgame for deep neural networks? Or will we manage to get past the very narrow capabilities of today’s deep-learning networks to new AI technologies? And if we do, will there be new networks that arise and are autocatalytic with this new form of AI, whatever it might be?

Some researchers, engineers, and entrepreneurs are probably peering through the fog of the immediate and starting to see how new autocatalytic processes will interact. Some of them will start vastly successful companies. I don’t know exactly what those companies will do; if I did, I would start one myself. But I have a couple of ideas.

COVID-19 quickened the pace of adoption of all kinds of home delivery. We have arrived at a tipping point where there is not enough labor for all the fulfillment centers now in existence, even as Amazon and other retailers are striving to achieve deliveries within a couple of hours of receiving an order.

Amazon and others are already relying on robots to fetch and move purchased goods in these fulfillment centers, and even to pack items for shipping. There is an enormous incentive to make these robots more intelligent, more capable, and more pleasant for human workers to be around. These robots could be a catalyst for even more fulfillment centers, and for even better robots. Such capable robots would be used in manufacturing, so they might possibly prompt a return of manufacturing to technologically advanced countries that lost it decades ago to regions with lower-cost labor.

And there may be another big role for automation, too. The last-kilometer component of delivery will require faster, more automated solutions in our cities and suburbs. So we may yet see the transportation infrastructure needed to enable more robotic vehicles in these places. And that, in turn, could pave the way (as it were) for truly large-scale deployment of autonomous passenger vehicles.

It would be a revolution on a grand scale. But no more grand than others triggered by autocatalysis over the past couple of centuries. 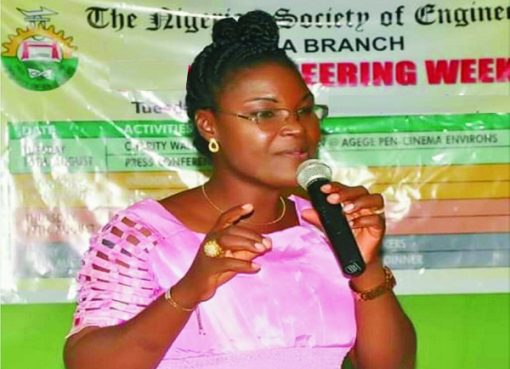 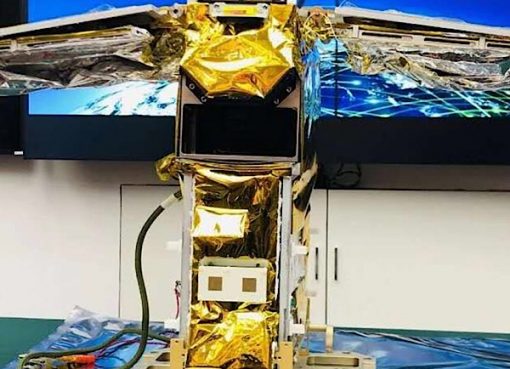 We Have Big Plans For Small Satellites, Spacety Says