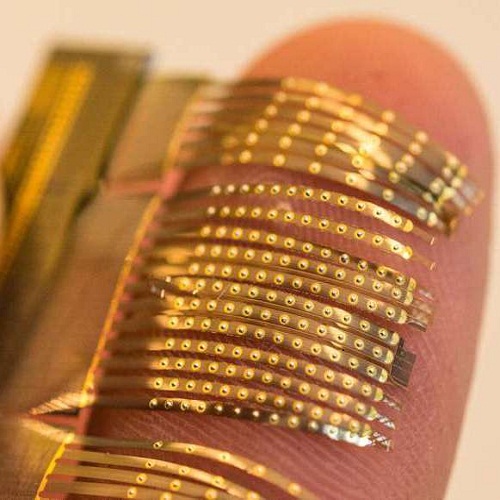 One of many special human qualities is the ability to handle objects with skill and precision. This is all down to our sense of touch, which is particularly acute in the tips of our fingers. Using our hands, we are able to explore the shape and composition of objects and to feel the texture of their surface—and all without ever clapping eyes on them.

Our sense of touch is incredibly refined. Just try and get a robot to achieve a similar degree of nuance. Production robots, for example, are able to pick up and move objects with impressive dexterity. To do so, however, they first need to know where the object is—or they require additional visual information to help with orientation. Ideally, too, they need to know how sturdy an object is, and its composition, before they grab it.

Johannes Weichart has an idea that could make robots much more adept at handling objects. Weichart, a doctoral student in the Micro- and Nanosystems (MNS) group at ETH Zurich, has developed an artificial skin that emulates the sense of touch in a human finger. He believes that this can endow robots with the ability to touch and feel. What’s more, the artificial skin is pliable, which means it can be used to cover soft and unevenly formed materials—a robot gripper, for example, in the shape of a human finger.

In common with its human equivalent, Weichart’s artificial skin is equipped with a large array of receptors. “You need around one sensor per square millimeter,” he explains. Each sensor comprises various layers. Two of these are a conductive membrane and subjacent electrodes, which springs hold apart at a distance of three to four micrometers. Changes in the distance between them causes changes to an electrical signal captured by the electrodes.

Connected to the conductive membrane is a small bead. When pressure is applied to the bead, the membrane deforms—and, with it, the signal measured by the sensor.

Half of the sensors are equipped with three electrodes rather than one. These measure not only the amount of force applied to the bead at any one point but also the angle of application. This gives the skin a much more nuanced sense of touch. “It means you can feel the quality and texture of a surface and recognize when an object is slipping over the surface of the skin by sampling the sensors at high enough frequencies,” Weichart explains.

Too much raw data

Weichart has spent the first three years of his doctoral studies demonstrating that his idea functions in principle. The challenge now is to make the skin more robust and, crucially, suitable for concrete applications. This still requires some work. “To be able to use the artificial skin in an everyday context, the sensors require a protective layer which we developed,” Weichart says. “And we also need to radically simplify the output signal. All that raw input data would overwhelm a robot. Besides, even humans don’t perceive the output of each individual receptor. We just register the overall impression.”

Despite the work ahead, the project is already looking promising. Little wonder, then, that Weichart was among the nominees for the Spark Award, which was presented last week.

Weichart tends to favor a left-field approach—as his desk readily reveals. Unlike the functional workspaces of his fellow students, his is literally surrounded by a mini jungle of houseplants.

He was also quick to diverge from the initial suggestion of his supervisor, Christofer Hierold, and his advisor, Cosmin Roman. Their idea was to develop silicon-based touch sensors. But Weichart opted to embed the sensors in a flexible substrate. That way, it will be easier to mount them onto soft and uneven surfaces. “My advisors were a bit skeptical at first,” he grins. “But, in retrospect, I think it was the right decision!”

From fusion power to sensor technology

Ultimately, it was problems with red tape that nudged Weichart in the direction of artificial skin. Freshly graduated from ETH Zurich with a degree in mechanical engineering, he first joined the company Evatec AG, where he worked on plasma processes for coating and etching integrated circuits. However, at the end of three years, the time seemed ripe for a move back into research.

His work in industry had sparked an interest in fusion technology. “But, because I come from Liechtenstein, it was difficult for me to be considered for national research programs,” he explains. In search of a reference, he turned to Hierold, who had supervised his Master’s thesis. To his delight, Hierold proposed he start his project on tactile sensor technology. 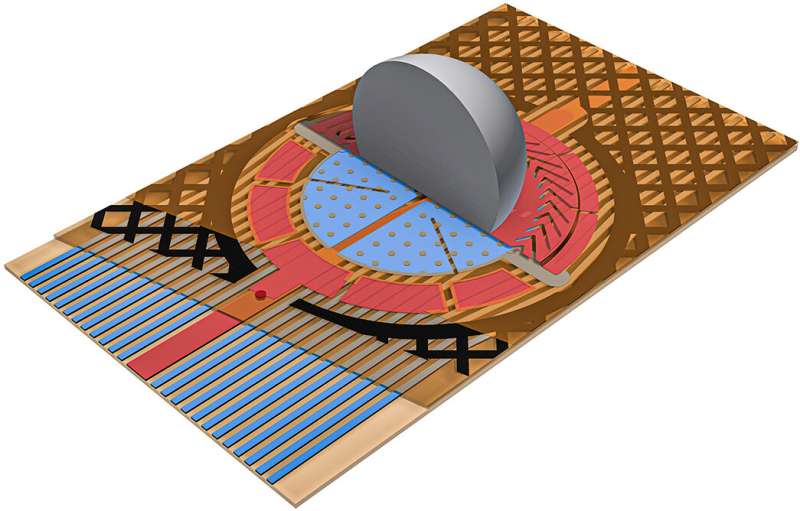 “My experience in industry has turned out to be really valuable,” Weichart says. “You don’t always need to reinvent the wheel—in fact, it’s often better to build on a technology already known.” Rather than striving for academic perfection, he aims for practical relevance: “That’s what makes me tick.” And relying on established tech can be an advantage when it comes to commercializing a new development, he says. “As a start-up, you can never be in control of the entire process chain. There are always some parts you need to outsource.”

For now, his entrepreneurial ambitions are on hold. “I’ve still got another year or so as a doctoral student, and then I’ll start thinking about my next move.” Were he to take the project forward himself—perhaps as a Pioneer Fellow—he would need to think very carefully about which area to focus on. He spies potential applications in a variety of fields, including medical robotics, telerobotics, warehouse robotics and also prosthetics. But there’s no way he can do all of these options justice at this stage of development.

Eyes on the prize

Staying focused may well be his biggest challenge over the coming months. “I’m not obsessed with details,” he admits, “and I can quickly start chasing new ideas. But that can soon get out of hand.” As it is, he already has plenty on his plate: microtechnology, electronics, precision mechanics, data processing, materials integration and AI pattern recognition—all of these fields will exercise his attention for some time to come.

Regular activity beyond the lab helps keep his eyes on the prize. “I go biking and ski touring in the mountains, swimming in the lake in winter, and do boxing and mixed martial arts to help with my coordination and self-confidence,” he says. “That frees my head and helps me refocus on the job in hand. 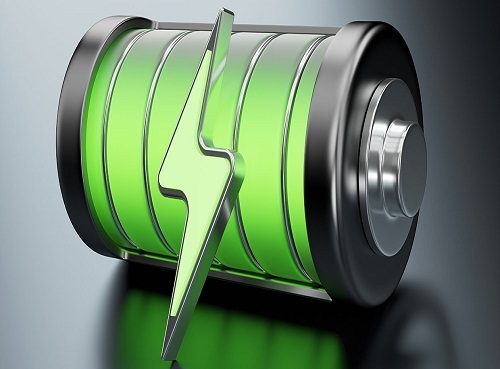 A Glass Battery That Keeps Getting Better: Is Battery Capacity To Store Energy Increases With Age? 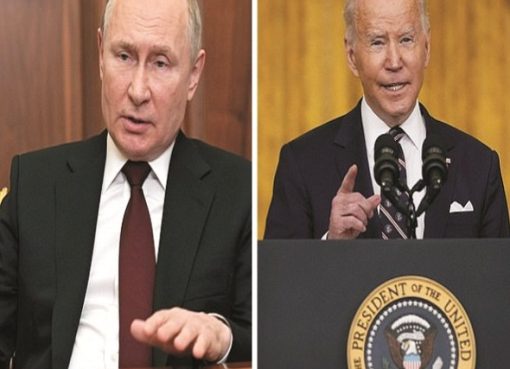 Who Will Save The ISS From An Uncontrolled Deorbit And Fall Into The U.S. Or Europe? 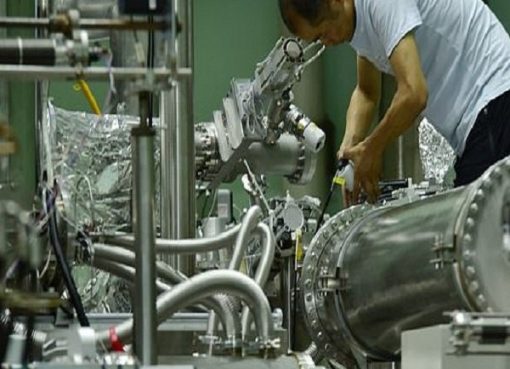