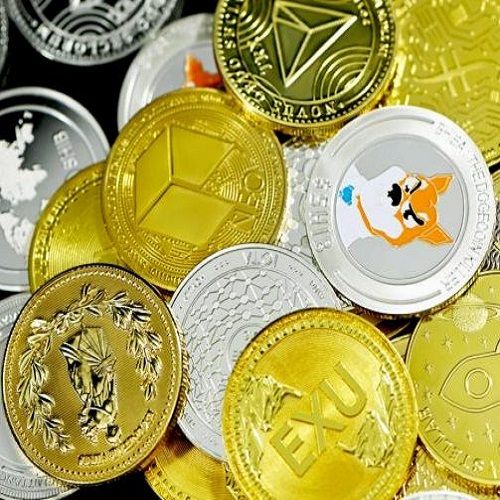 The rise of cryptocurrencies is rewriting long-standing ideas about how money should work. Eager not to get left behind, central banks around the world are starting to develop their own digital currencies. These new forms of cash could boost financial inclusion, slash payment fees, and make money smarter, say experts, but they also present significant risks.

In most developed economies, the production and distribution of money has been the sole remit of central banks for at least a century. That was turned on its head in 2009 with the launch of Bitcoin, which uses blockchain technology to delegate the minting and governance of the digital currency to a decentralized network of volunteers.

Since then a host of new cryptocurrencies has emerged, promising a fast, cheap, and secure way to transfer money directly between users without relying on banks or payment providers. Second-generation cryptocurrencies like Ether also introduced the idea of programmable money, making it possible to create smart contracts that automate the execution of financial agreements.

“We have to be very careful in not ascribing superpowers to central bank digital currencies, when government has these powers over your existing bank accounts.”
—Rich Turrin, author and fintech consultant

Volatile prices and regulatory uncertainty have limited their adoption as a practical medium of payment, but the underlying technology has led to a major rethink of what money should look like in the digital age. “They proved that there can be a new way to organize money and make payments, and that this can be widely adopted,” says Andreas Veneris, a professor of computer engineering at the University of Toronto, who has advised the Bank of Canada on digital currencies.

Now countries around the world are borrowing from crypto’s playbook to develop digital versions of national currencies. China has long been the global leader in this field, starting research on digital currencies in 2014 and launching pilots of its digital yuan in four cities in late 2019.

But in October 2020, the Bahamas became the first country to roll out a central bank digital currency (CBDC) nationwide, and since then digital versions of the East Caribbean dollar, Nigeria’s naira, and the Jamaican dollar have all launched. An executive order from the Biden administration in March called for the U.S. Treasury Department to investigate the possibility of a digital dollar, and according to the Atlantic Council, more than 50 countries are in advanced stages of exploring CBDCs.

One of the primary motivations is to improve the cost, speed, and flexibility of digital payment, says Veneris. “Payment systems today are expensive; they are clumsy and slow,” he says, pointing out that much of the underlying technology is more than 40 years old. Much like cryptocurrencies, CBDCs could make it possible to instantly transfer money between people without relying on third parties, resulting in cheaper, faster payments.

They could also open up novel possibilities for revamping social welfare and financial inclusion, says Veneris, by enabling direct cash transfers to people regardless of whether they have a bank account. Smart-contract technology could also make it possible to ensure welfare money is spent only on permitted items, such as food or medicine.

China’s digital yuan is the largest-scale experiment in CBDCs to date. The project expanded to 23 cities by the end of last year. Total transactions had crossed 87.6 billion yuan with 261 million wallets opened, according to the the People’s Bank of China (PBOC). Use accelerated in 2022 with total transaction volume in the first five months hitting 83 billion yuan. And it makes an interesting case study, says Rich Turrin, a Shanghai-based fintech consultant and author of Cashless: China’s Digital Currency Revolution, as other CBDCs will likely follow a similar blueprint. “Most of them are going to look pretty similar, because of the job they’re designed to do,” he says.

The digital yuan is the government’s response to an economy digitizing far faster than other developed countries, says Turrin. Fifty-two percent of Chinese retail transactions last year occurred online, compared to around 13 percent in the United States. The currency is aimed at fostering this digital economy, boosting financial inclusion among digital laggards, and proving a backup system in case the leading private payment providers WeChat and Alipay go down, says Turrin.

“The air gap between the central bank, the banking system, your wallet, and your money is a feature, not a bug.” Dante Disparte, Circle

The coin itself is stored as a digital token on an electronic wallet—either one designed by the PBOC or the WeChat app. It can also be stored on specially designed payment cards that allow offline transfers for those without smartphones. To open a wallet, a user has to verify their identity with a bank, which maintains a record of who owns the wallet. For lower-value transactions, users can transfer directly to another person’s wallet by simply connecting their phones, and these transactions are effectively anonymous, says Turrin. The digital tokens encode a cryptographically protected record of transactions in much the same way as cryptocurrencies do to ensure transfers can’t be faked.

For transactions above roughly US $300, the wallet has to connect to a centralized government system that carries out fraud and anti-money-laundering checks and stores a record of the transaction. If the government suspects foul play, it can apply for a warrant to get banks to reveal the identity of those involved in transactions.

This has led to accusations that the digital yuan is designed to be an economic surveillance tool, something critics fear could be replicated elsewhere. But Turrin says that China’s recently enacted Personal Information Protection Law provides some of the strictest privacy protections in the world. Officials, for one, can’t access wallet holders’ details without going through the courts. Turrin also points out that both the Chinese government and most foreign ones can already obtain warrants to access citizens’ conventional financial records. “We have to be very careful in not ascribing superpowers to CBDCs, when government has these powers over your existing bank accounts,” he says.

Fears have been raised that CBDCs like the digital yuan could destabilize the private banking system by encouraging people to transfer their deposits into safer, central-bank-backed wallets. The design of the digital yuan makes this unlikely, though, says Turrin, because it can’t earn interest and there is a limit to how much people can transfer, which are design choices that similar projects will likely mimic.

“Who wants to take the societal bet that the aggregation of all of that retail economic activity isn’t one day used for ill?”
—Dante Disparte, Circle

But this raises questions over whether central banks are straying outside their remit when it comes to CBDCs, says Dante Disparte, chief strategy officer at Circle, the company behind the USDC stablecoin, whose value is pegged to the dollar. The primary role of a central bank is to ensure sustainable economic growth by controlling the supply of money, and making low-level decisions about how citizens use their cash is well outside their core competencies, he says.

“If you’re setting micro-level, digital-wallet-level retail payments policy, then you stopped being a central bank and you started becoming a high street bank,” says Disparte. “The air gap between the central bank, the banking system, your wallet, and your money is a feature, not a bug.”

Public-sector organizations don’t have a great record when it comes to digital transformation, says Disparte, so expecting them to make the right calls on the future of digital payments seems unwise. A centralized CBDC creates considerable cybersecurity and obsolescence risks, he adds, and if it becomes the dominant standard for electronic money, people will have few alternatives if it fails.

He believes the government’s role should be to set guardrails on private-sector innovation rather than trying to manage the transition to digital cash from the top down. “The government should not be in the business of competing with the free market; it should be in the business of creating boundaries for rules-based innovation,” he says. “[CBDCs] would be the equivalent of the aviation-safety authorities choosing to fly planes and build jet engines.”

And no matter how robust protections around CBDCs are, Disparte says, a fully traceable digital currency may prove too tempting a tool for the authorities. “Who wants to take the societal bet that the aggregation of all of that retail economic activity isn’t one day used for ill?” he says.

Veneris questions whether people should be any happier entrusting their financial history to the private sector, given high-profile cases of big tech firms exploiting user data for nefarious purposes. But he agrees that a CBDC does have the potential to give governments unprecedented control over citizens.

One of the beauties of the cryptographic building blocks that underpin digital currencies, though, is the ability to encode rules into the way they work that can be easily audited and verified. This programmability opens the prospect of writing financial regulations directly into digital currencies both to protect citizens and prevent illicit behavior, in a way that enables direct public oversight. 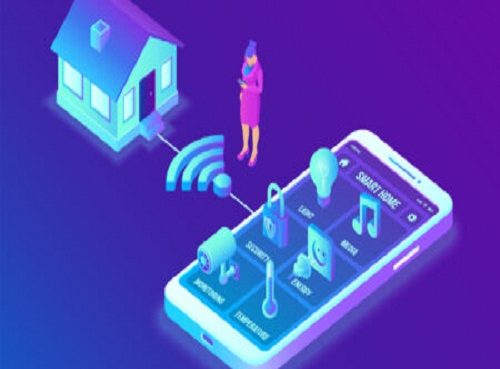 Why Consumer IoT Is Now A Major Challenge To The Business 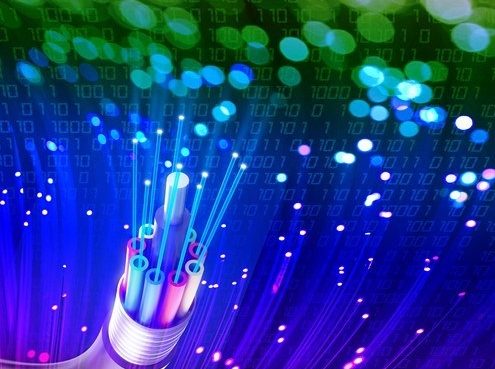 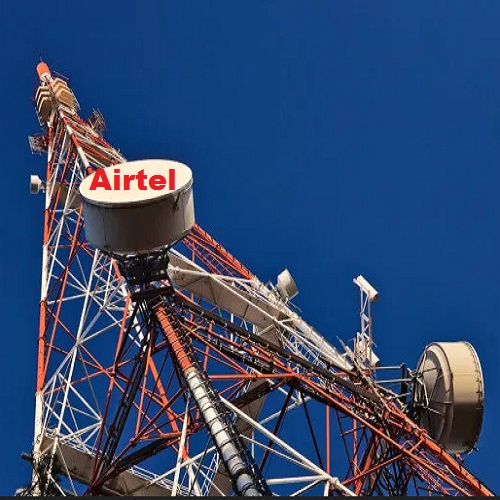 One thought on “Central Banks Join The Cryptocurrency Gold Rush”