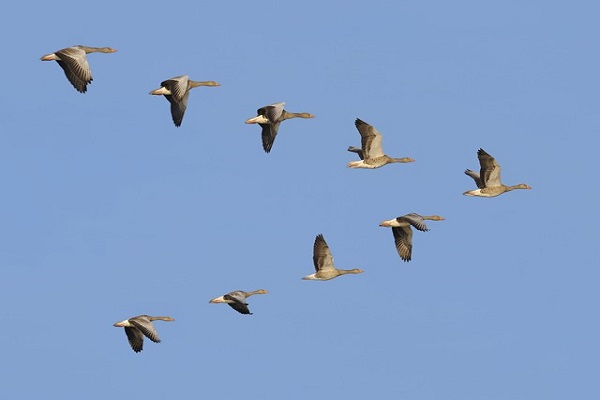 Achieving net zero will only partly come from switching to other energy forms. It will also mean having far better efficiency in carbon-emitting applications. This is especially true of the transport sector, which is looking to nature for inspiration.

Since the first life began on Earth approximately 3.8 billion years ago, nature has created ecosystems capable of supporting billions of lifeforms over geological timescales to effectively populate every part of the planet.

But our species – a comparative newcomer – is pushing these systems to breaking point after a few very short centuries of industrial development. To save our planet, we need to ditch fossil fuels and make a swift move to net zero – whereby the amount of greenhouse gas produced is matched by the amount removed from the atmosphere – and learn from nature instead of destroying it.

The International Energy Agency (IEA) says transport has the highest reliance on fossil fuels of any sector, accounting for 15 per cent of total net anthropogenic greenhouse gas emissions, according to a report by the Intergovernmental Panel on Climate Change.

To drive down harmful emissions, engineers are taking inspiration from nature to come up with greener technologies, including helping current forms of transport, from cars to planes, evolve and move towards net-zero.

By 2030, electric vehicles (EVs) will account for almost one-third (32 per cent) of the total market share for new car sales, according to one report. Deloitte forecasts their numbers will grow from 2.5 million in 2020 to 11.2 million in 2025 and 31.1 million by 2030. However, they will all need batteries requiring minerals and infrastructure to charge them, or fuel cells if they are powered by hydrogen.

Engineers are taking inspiration from nature in a bid to meet future demand. A start-up named SolarBotanic has designed photovoltaic ‘trees’ that will one day charge EVs. Its aim was to come up with an aesthetically attractive, functional and affordable alternative to conventional solar panels that will look (almost) as pleasing as a natural tree in a car park or front garden, and mimic nature to reverse hundreds of years of environmental damage.

The photovoltaic cells needed for a tree have been lab tested and a working prototype is in development.  The startup has already reached an agreement with RAW Charging – one of the largest UK providers of electric vehicle charging solutions – to initially supply 200 co-branded solar trees as part of its network of commercial EV charging sites currently being rolled out across the UK and Europe. Deliveries will start in mid-2023 and complete in 2024.

The company is primarily targeting commercial car parks requiring EV-charging points in locations where looks matter, such as premium business parks, corporate headquarters, hotels, airports and residential areas. SolarBotanic says it has over £25m in its sales pipeline since launching six months ago. “Our challenge is unlikely to be the market, but more our ability to grow quickly enough to meet a clearly nascent demand,” says Chris Shelley, SolarBotanic’s CEO.

While tree-like photovoltaics might make charging your electric car convenient and aesthetically pleasing by the end of the decade, the race is on to get consumers to embrace hydrogen-powered cars. Emitting nothing but water from the tailpipe, hydrogen fuel cell electric vehicles have the potential to revolutionise the way we drive but require different infrastructure to EVs, in the form of hydrogen filling stations. Currently, there are just two models of hydrogen-powered cars widely available, but the likes of BMW are still betting on the technology. It’s possible these vehicles will one day overtake electric cars, because refilling a hydrogen car is similar to filling up with petrol – it takes just five minutes instead of waiting for a battery to recharge.

Polymer electrolyte membrane (PEM) fuel cells convert chemical energy into electric energy continuously and can use hydrogen potentially produced from renewable resources, making them an attractive solution for sustainable energy in our race towards net zero. However, in order for these fuel cells to be commercialised, experts need to overcome challenges related to efficiency and robustness, including ensuring uniform gas distribution across the catalysts layer.

A team at the UCL Centre for Nature Inspired Engineering (CNIE) led by Marc-Olivier Coppens in collaboration with the UCL Electrochemical Innovation Laboratory, have drawn inspiration from the efficient architecture of human lungs to create a fuel cell.

“Nature and technology often differ, so adaptations are essential. We adopt and adapt nature’s lessons to help us discover disruptive solutions to address Grand Challenges, such as our pressing net-zero goals,” says Professor Coppens.

Uniform gas distribution in the lungs is achieved by a fractal structure linking bronchi to alveoli with minimal loss of energy. The team’s nature-inspired design cell borrows ideas from these attributes so the electrocatalyst is optimally used by homogenising transport and minimising diffusion limitations. Not only does this reduce the need for expensive noble metals, such as platinum, but it increases the power that the fuel cell can deliver.

The team was also inspired by desert lizards like the thorny devils, which use capillary action for passive water transport along their textured skin, so they don’t have to lower their spiky heads to extract water from muddy sand.

They implemented this lizard-inspired mechanism to control the fuel cell’s humidity, managing the water that is produced at the cathode for optimal performance without flooding, which is a problem that hampers other designs. Their PEM fuel cell can be 3D-printed or assembled from cheap printed circuit boards, which would enable manufacturing to be scaled up easily.

“Many of the CNIE’s industrial partners have shown interest in the fuel cell design, but also in the nature-inspired solution methodology it exemplifies, thus spurring collaborations on other topics related to process intensification, energy and environmental technology as well,” says Coppens.

John McCall, director of the National Subsea Centre, is involved in modelling transport as a natural system. He and his team use nature-inspired computing – a form of artificial intelligence that is based on how the natural world organises itself rather than recreating human reasoning – to evolve solutions that minimise vehicles needed, reduce journey distances, and efficiently load and route cargoes to reduce the carbon footprint of transport.

Genetic algorithms, which mimic natural evolution to ‘evolve’ designs to find the best solutions for a particular problem.

Swarm algorithms, which use small and simple but interconnecting moving parts to construct solutions to complex problems, like flocks of birds find efficient routes, or swarms of insects work together to perform tasks. This is an ideal approach, because transport is like a natural swarm system, with lots of individual moving parts that together have a large impact, such as congestion and pollution.

Ant colony optimisation, where algorithms find optimal paths in a similar way to how ants search for food. The algorithms follow digital trails and reward valuable trails by laying down artificial pheromones for artificial ‘ants’ to follow. They gradually find good solutions by following the best trails.

The team uses a battery of algorithms to find the most efficient solutions for problems such as where to best place a wind farm, or schedule vessels in a complex supply chain. “For a human planner, these are very difficult tasks,” explains Professor McCall, “but if you use a particle swarm, genetic algorithm or an ant colony approach, you can explore lots of options and these iterative processes will discover good solutions.”

The team explored how to create a resilient and more efficient ecosystem of 24 small food and drink producers and their logistics providers in the Highlands of Scotland, where logistical difficulties and challenging geographical conditions can make it difficult and less cost effective to get products to market. Elaborate routes also create more pollution. Information was gathered about the frequency of logistics as well as producers’ requirements. The researchers then applied swarm algorithms to the anonymised data to group loads efficiently. The results of the three-month pilot indicated such an approach could result in carbon emission reductions of 20-40 per cent, as well as increased resilience in the supply chain.

Over the years, the team has worked with haulage companies, offshore operators, logistics specialists and port authorities to create software systems that help to plan and manage complex freight logistic networks. McCall analysed the operations of seven operators in the North Sea over a year, including historical vessel positioning information. They used a variety of algorithms to show the companies could have completed their work with 40 per cent fewer vessels, which would save approximately 40 per cent of emissions. As a large marine vessel costs approximately $12,000 a day to run, the use of algorithms could save millions if not billions of dollars if widely used.

“The technology has the potential to achieve globally significant reductions in emissions and, because it is software-based, can be deployed rapidly with immediate effect,” McCall adds.

Aeronautical engineers are also drawing inspiration from nature to make aircraft more efficient. For example, earlier this year, Airbus completed wind-tunnel testing of its eXtra Performance Wing demonstrator, which takes inspiration from birds to improve wing aerodynamics and performance. The design is intended to be compatible with any future aircraft configuration and propulsion system to reduce carbon emissions.

The project builds on top of another – AlbatrossONE – which tested semi-aeroelastic hinged wings, which, like the seabird, unlocked during flight when experiencing wind gusts or turbulence. The freely flapping wing-tips, which are capable of reacting and flexing to wind gusts, have the potential to alleviate wing loads and avoid tip stall for improved aircraft performance. In addition, the eXtra Performance Wing will also examine onboard technologies, like gust sensors, pop-up spoilers and multifunctional trailing edges, to enable the active control of the wing.

It is not the first time that Airbus has taken inspiration from animals. In 2019, the company unveiled a theoretical design for a hybrid-electric, turbo-propeller aircraft for regional aircraft transportation. Inspired by the efficient mechanics of a bird, it has wing and tail structures that mimic those of a bird of prey, while featuring individually controlled feathers that provide active flight control.

Airbus is also investigating a ‘V-shaped’ flight technique used by migrating geese when flying across long distances, which could produce fuel savings of between 5 to 10 per cent per fello’fly trip for commercial aircraft. The migration technique is known as wake energy retrieval, when birds in formation surf the air upwash of a lead bird. Similarly, air upwash enables a follower aircraft to benefit from free lift, resulting in less engine thrust and, as a result, reduced fuel consumption. Crucially, a technical solution developed by Airbus ensures aircraft remain safely positioned at a steady altitude throughout ‘paired’ flight. The uplift from the wake has shown it can drive at least a 5 per cent reduction in CO2 emissions per trip. Airbus is collaborating with various authorities to continue to demonstrate the feasibility of the project. Perhaps one day we may see ‘flocks’ of efficient aircraft flying above the clouds.

The coming years are critical if we are to meaningfully mitigate the effects of the climate emergency on a global scale, and innovations by and for the transport industry will play a key role in curbing carbon emissions. While the future is unclear, more efficient airplanes will likely take off until aircraft powered by renewable electricity become the norm, while optimised fleets of ships will reduce emissions until carbon neutral vessels replace them.

What is certain is that nature provides an unlimited source of inspiration for engineers and scientists looking to solve Earth’s most pressing challenge. In our struggle to preserve nature in all her diverse glory, one of our best survival strategies is to learn from her ingenuity. 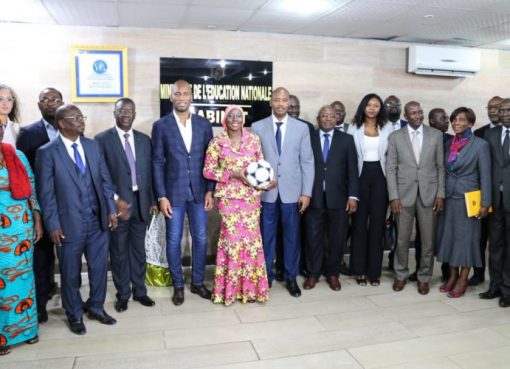 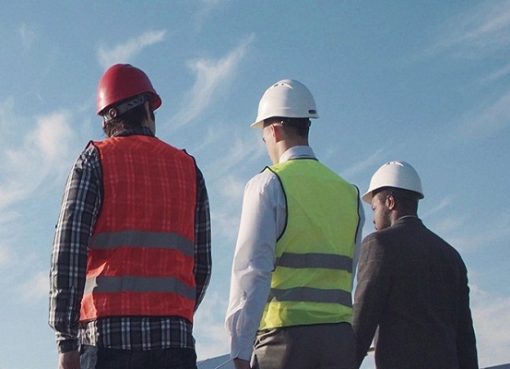 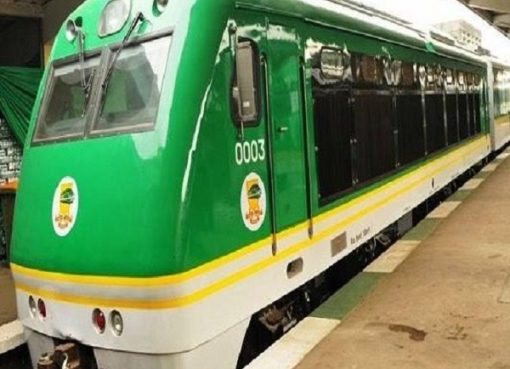