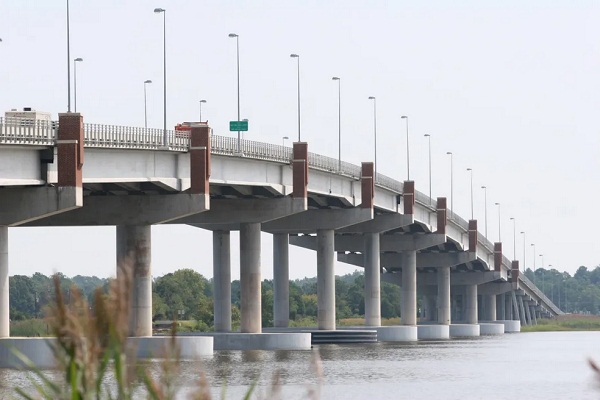 Bridges that stay structurally sound for longer despite normal and extraordinary wear and tear can help ensure safe passage for vehicles and pedestrians. Additionally, if these structures do not require substantial maintenance or repair over their service life, they can help maximize the investment made into the infrastructure. While proper design can help create long-lasting bridges, engineers and construction professionals can further enhance a concrete bridge’s lifelong structural integrity with internal curing processes.

Internally cured concrete cures from within to reduce the potential for early-age cracking caused by shrinkage stress. To provide internal moisture, construction professionals often turn to pre-wetted lightweight aggregate made from expanded shale, clay or slate (ESCS). Because this material has an internal network of unconnected pores, it can hold water for evenly distributed curing throughout the concrete mix.

In an effort to reduce chloride attack, bridge designers have reduced the permeability of the concrete used to construct a structure. Unfortunately, the measures used to reduce the permeability have also led to concrete that shrinks and subsequently cracks more. With cracks in the bridge deck, the chlorides now have a pathway to the reinforcing embedded in the concrete.

Concrete bridges that are internally cured more readily resist cracking, chloride attack and reinforcing corrosion, which can make them more durable for longer. Further, if repair is needed, utilizing internal curing in the patching materials will reduce shrinkage contributing to a more viable patch. As such, it can mitigate the need for repeated maintenance on damaged bridge sections. When civil and structural engineers plan bridge projects, it is important to maximize the potential of all materials involved to solve immediate and long-term design challenges. The following will look at how internal curing can be incorporated into bridge construction to create safer and more durable structures.

First recognized in 1948 and researched extensively in the early 1990s, internal curing can help create a stronger, more resilient concrete by reducing permeability and mitigating shrinkage. It curtails hydration-related stresses and the potential for early-age cracking. In fact, the Indiana Department of Transportation explains in a 2013 report that internally cured concrete reduced the early age autogenous shrinkage by more than 80 percent compared to non-internally cured concretes. Engineers can take advantage of these benefits by specifying structural lightweight concrete made with ESCS aggregate or by replacing a portion of sand with a pre-wetted fine ESCS lightweight aggregate in normal weight concrete.

Prewetting the lightweight fine aggregate for a minimum of 48 hours allows the material to absorb moisture into its network of internal pores. When the pre-wetted aggregate is added to the concrete mixture, it releases this captured moisture to cure the concrete from the inside, increasing cement hydration and reducing the potential for shrinkage-induced cracks. Due to the extra moisture provided, internally cured concrete can also make construction in hot and dry locations more feasible. This was first noted in a 1965 field report presented to the National Sand and Gravel Association and later confirmed in several different studies—from Robert Philleo’s “Concrete Science and Reality” to Wei and Hansen’s 2008 research into hydration and slab warping. Increased cement hydration efficiency and wider optimum curing parameters allow concrete to reach its maximum potential, thereby helping to improve bridge construction.

To reap the benefits of internal curing, a concrete mix typically needs seven pounds of internal curing water per 100 pounds of cementitious material, so incorporating internal curing processes into concrete bridge construction can be easily done with the right preparations. While prewetting lightweight aggregate and batching it correctly does require some additional efforts, its ability to significantly improve the performance of concrete outweighs the additional steps needed to incorporate it into bridge construction.

One of the most common reasons for continued bridge maintenance and repair is to prevent chloride attack, which can corrode the metal reinforcement within concrete. This can weaken a bridge, making it deteriorate over time. Internal curing sidelines chloride attack developed from early-age micro- and macro-cracking caused by shrinkage. This can prolong a bridge’s service life and increase its durability, especially in locations near saltwater or where salt-based deicers are frequently used, as these increase the speed at which chloride attack can cause significant damage.

The improved performance of internally cured patching or full depth panel replacement permits the repair to last longer than the few year lifespan commonly seen. As noted in a 2016 report by the U.S. Department of Transportation’s Federal Highway Association, the benefits of internally cured concrete indicate its performance, in both initial building and repair, “should be superior to conventional concrete pavements, resulting in improved life-cycle cost.”

Example from the field

Along the shores of Lake Erie, the Buffalo, NY metropolitan area has its share of winter weather. Its highways see some of the greatest uses of deicing chemicals in the country. To help to reduce chloride attack and increase service life of their highway bridges, the New York State Department of Transportation (NYSDOT) chose to utilize internal curing high performance concrete to construct the bridge decks on the ramps between Interstate 190 and Interstate 290.

Mixes were developed to meet the design requirements on the project. The natural sand was reduced by 30 percent by volume and replaced with saturated ESCS fines. The non-internally cured concrete was used on the approach slabs to have an area of comparison exposed to the same conditions. The mix proportions both with and without internal curing are shown in Table 1.

To evaluate the effectiveness of internal curing, the bridge decks were inspected 6 months after concrete placement and no cracks were found.  This structure was part of a study that the NYSDOT conducted to evaluate internal curing. The agency has since made internal curing a requirement on all multi-span bridges in the state.

Internally curing concrete results in stronger, more durable structures. When it comes to bridge construction, this translates to safer passage for vehicles and pedestrians. It also helps departments of transportation at the state level maximize their investments by reducing the amount of maintenance and repair a bridge would need over its service life. And if a bridge needs repair or updating, internally cured concrete can help ensure a more compatible and longer-lasting patch.

Given the relative ease with which internally cured concrete can be incorporated into bridge construction and the significant improvements it can facilitate, using lightweight aggregate made from ESCS to bolster bridge resilience is both feasible and recommended. 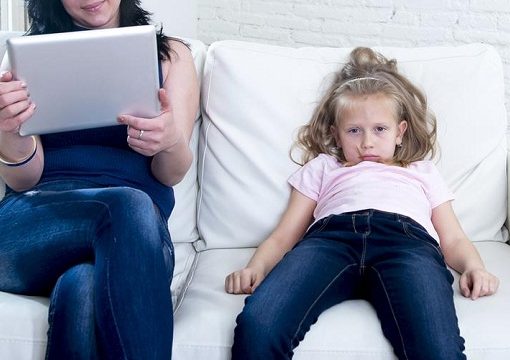 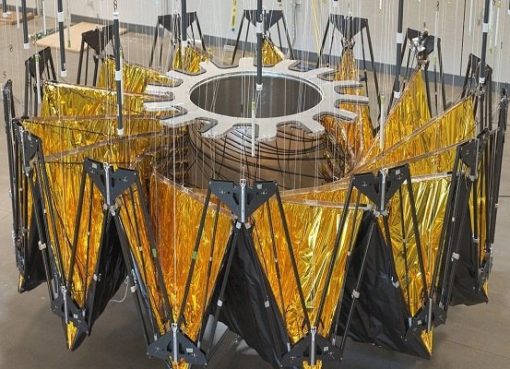