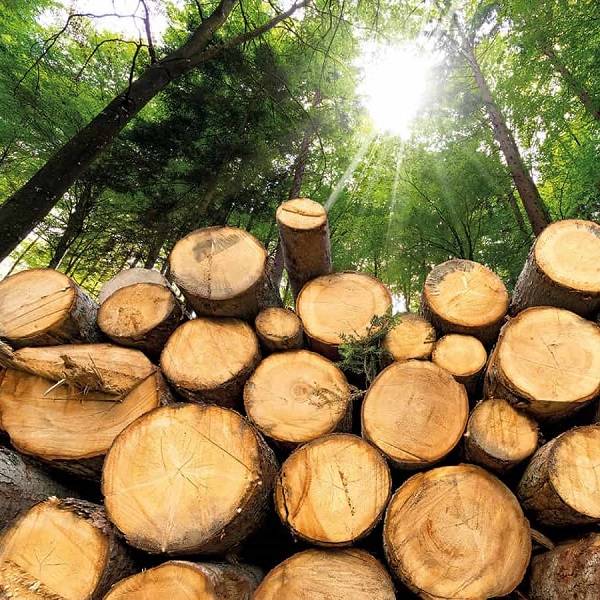 Water and wood may one day be all that’s needed to provide electrical power for a household. At a time when energy is a critical issue for many millions of people worldwide, scientists in Sweden have managed to generate electricity with the help of these two renewable resources.

The method reported by researchers at KTH Royal Institute of Technology focuses on what naturally happens after wood is placed in water, and the water evaporates. Transpiration, a process in which water moves through a plant, is constantly occurring in nature. And it produces small amounts of electricity, known as bioelectricity.

Yuanyuan Li, assistant professor at the Division of Biocomposites at KTH, says that with some nanoengineering of wood—and pH tuning—small but promising amounts of electricity can now be harvested.

“At the moment we can run small devices such as an LED lamp or a calculator,” Li says. “If we wanted to power a laptop, we would need about one square meter of wood about one centimeter thick, and about 2 liters of water.”

“For a normal household we’d need far more material and water than that, so more research is needed.”

By altering the nanoscale composition of wood, the researchers improved its properties in terms of surface area, porosity (or density), surface charge, how readily water can pass through the material and the water solution itself—all of which are factors that influence electricity generation in wood.

“We compared the porous structure in regular wood with the material we improved with regard to surface, porosity, surface charge and water transportation. Our measurements showed electricity generation that’s 10 times higher than with natural wood,” Li says.

She says that further tuning the pH difference between wood and water, due to an ion concentration gradient, achieves a potential of up to 1 volt and a remarkable power output of 1.35 microwatts per square centimeter.

Li says that to date, the wood manages to deliver high voltage for about 2-3 hours, before it begins to wane. So far the wood has managed 10 cycles with water, without a decline in the material’s performance, she says. 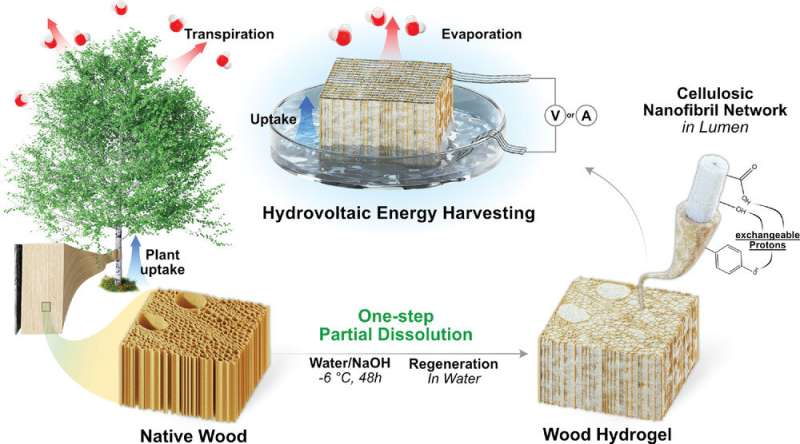 “The great advantage of this technology is that the wood can readily be used for other purposes once it’s depleted as an energy source, such as transparent paper, wood-based foam and different biocomposites.” 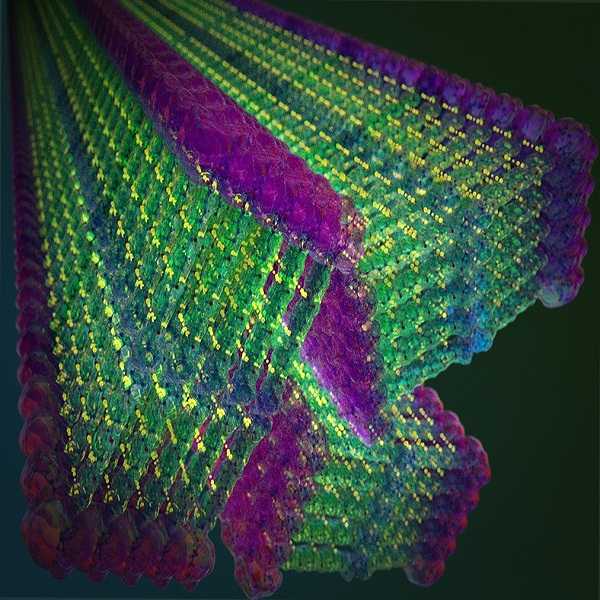 Scientists Construct Molecular Nanofibers That Are Stronger Than Steel 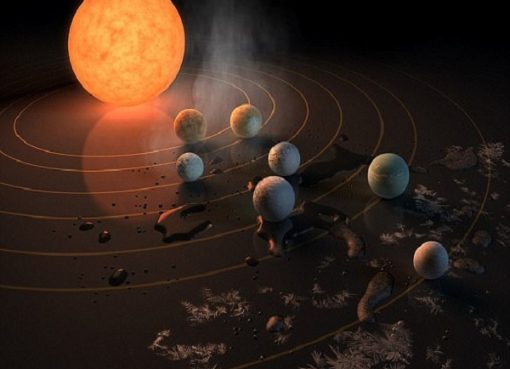 NASA Reveals Four Options For Its Next Flagship Telescope 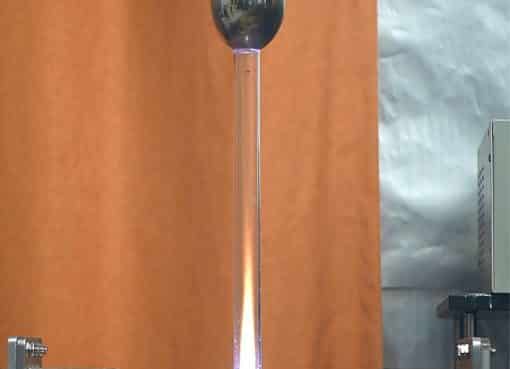