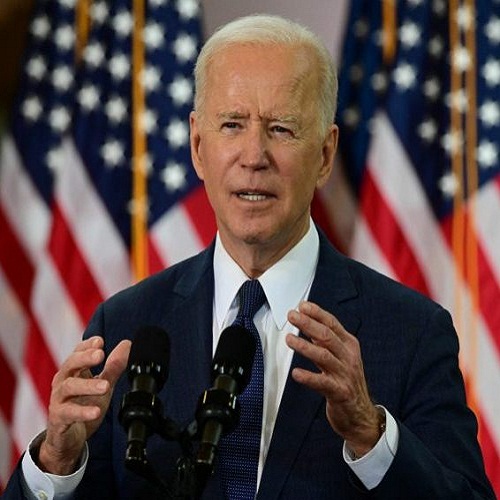 President Joe Biden of the United States of America has announced the commitment of $350 million to facilitate digital transformation in Africa.

According to Biden, such intervention would help to make sure more people across Africa participate in the digital economy.

He stated that the commitment included partnerships such as a new collaboration between Microsoft and Viasat to bring in Internet access to five million Africans.

This was part of Microsoft’s commitment to bring access to 100 million people across Africa by the end of 2025.

He revealed that the initiative would include programmes to train African entrepreneurs with a focus on women entrepreneurs to code and build skills needed to start their own businesses, to secure good-paying jobs and for technology firms.

“This will include partnerships between Africa and American companies to provide cybersecurity services to make sure Africa’s digital environment is reliable and secure.

“So, today, I’m announcing a new initiative – The Digital Transformation with Africa. Working with Congress to invest $350 million to facilitate more than almost half a billion dollars in financing to make sure more people across Africa can participate in the digital economy,” he said.

Speaking during the US-Africa Business Forum, at the at the ongoing US-Africa Leaders’ Summit in Washington DC, the United States, Biden said that Cybastion, a diaspora-owned small business, was jointly announcing $800 million in new contracts to protect African countries from cyber threats.

Furthermore, he disclosed that Visa was also committing more than $1 billion into Africa over the next five years to further expand its operations on the continent, including providing mobile payment services for more micro-, small-, and medium-sized businesses across Africa.

According to Biden, “The United States is focused on Africa’s future. And the work we’ve done over the past two years, building on decades of vital investments made under previous American presidents, has helped make possible the critical steps that I’m about to announce.

“We are finally implementing the African Continental Free Trade Area. It will represent one of the largest free trade areas in the world with 1.3 billion people, and a continent-wide market totalling $3.4 trillion.

“And with the new MoU, we are doing things correctly: enshrining protections for workers both across Africa and in the United States; looking out for small- and medium-sized entrepreneurs and enterprises to make sure they have a fair shot to compete; lifting up opportunity for women-owned businesses, diaspora-owned businesses, and businesses owned by members of historically underserved communities; and supporting and investing in the continent’s vibrant and growing urban economies.

“Together, we want to build a future of opportunity where no one no one is left behind. Secondly, we are investing to facilitate greater regional trade within Africa, including by investing in infrastructure. Today, the Millennium Challenge Corporation signed its first-ever regional transport compact with the governments of Benin and Niger.

“This compact will invest $500 million to build and maintain roads, put in place policies that reduce transportation costs, making it easier and faster for ships to ship goods from the Port of Cot- — excuse me, from the Port of Cotonou to neighbouring landlocked countries.”

Speaking further, he said: “General Electric and Standard Bank will together provide $80 million to improve healthcare services and provide access to cutting-edge healthcare equipment. Altogether, the forum has spurred more than $15 billion in new deals, which will turn, lift up, and improve lives of people all across the continent.

“And that is the biggest deal of all. These are long-term investments that are going to deliver real benefits to people; create new, good-paying jobs, including here in the United States; and expand opportunities for all our countries for the years to come. All of you, the deals you have signed, the investments we have made together, are concrete proof of the enduring commitment we are making to one another, government to government, business to business, people to people.”

In a related development, the African Export-Import Bank (Afreximbank) and the US Eximbank have signed a $500m memorandum of understanding (MoU) on trade to boost US-Africa trade.

The MoU provides the framework under which Afreximbank and the US Exim bank can operate and support renewed US-Africa trade, investment, engagement and relations.

Speaking during the signing ceremony, the President and Chairman of the Board of Directors of African Export-Import Bank (Afreximbank), Prof. Benedict Oramah, said by signing the MoU, the two banks have moved from intentions to action and set the stage for the two institutions to serve as anchors for a renewed, vibrant US-Africa trade and investment relations.

He also stated that Afreximbank would leverage the relationship with US Eximbank to promote the creation of regional supply chains by through supporting transportation, rail and road infrastructure, healthcare, renewable energy, supporting Diaspora engagements, especially the creative industry, which he said was something, “we have it as a priority and the US government also has as a priority.”

He expressed confidence that the engagement they have had would promote the work they were doing to support the AfCFTA and make it possible for them to support industries to bring in heavy equipment and capital goods needed to create manufacturing capacity, “as well as also the kind of infrastructure goods that are required to create capacities for production on the continent.”

According to him, “It is undoubtedly that the US is the largest market in the world so by improving the relationship and creating the opportunities for trade, we can gain access to that market that has helped pull billions of people out of poverty, especially in Asia.

“US is the country with the largest pool of capital. By creating the environment to attract this capital, we are going to be able to support the kind of investments that will enable us do value addition in our continent, especially solid minerals and agriculture products, it will help us to push ahead as a trade destination hub for venturing in the US, given the fracturing of global supply chain that we are beginning to witness. We have a large diaspora community in the US.

“The good thing is that the President Joe Biden administration has issued an executive order to send in Diaspora engagement and they have even appointed somebody to an office to make sure that African diaspora engagement is strengthened. The Diaspora source of foreign direct investment, marginal remittances, and skills, and it is also a market for us.

“So this renewed relationship we are beginning to see, if we are able to give it some impetus, we will also be able to fully leverage the benefits of a large pool of our diaspora here. Here, just as the Jews have done, and just as the Indians have done, we are the only ones who have not used our diaspora in a way that it is a win-win for us.

“Nigeria is large market and it has a huge population. The youth population in Nigeria is huge and it is a source of low-cost labour that can be used to produce for the US market. The US market and Nigeria are not far apart. Nigeria can be a good destination for the US and that can boost economy and create jobs.

“Nigeria is the largest source of diaspora in the US. So as we renew this engagement, we are able to leverage the pool of the Diaspora we have in the US, we are also going to attract more capital for the US into Nigeria.

“Nigeria stands the opportunity of gaining so much from the AfCFTA. So Nigeria can be industrial base that will attract manufacturing investments from the US apart from also being a potential market for our goods.”

Earlier in his remarks, the the Chairman, Heirs Holdings, Tony Elumelu called for an urgent need to address internal and external obstacles confronting Africa, stating that the region suffers the most trade discrimination in the world.

Elumelu disclosed this at a panel session on US- Africa Business Forum with the theme: “Charting the Course: The Future of U.S.-Africa Trade and Investment Relations.”

He emphasised the urgent need to address internal and external obstacles confronting the continent.

Elumelu challenged African leaders to rise to the occasion, as the continent has the capacity to do a lot for itself and the world.

“We should not allow this discrimination to discourage us. Africa can be the food basket of the world. Africa can do a whole lot more for the world and itself the moment we address the obstacles.

“We need to look at our structure, we need to work together collectively to turn Africa into a manufacturing center. Africa can do a lot more than it is doing today. The opportunities on the African continent are huge, but we need to address trade barriers and obstacles as well as environmental challenges,” he said.

“Africa can be the breadbasket of the world. Africa can do a whole lot more for the world. What I see as opportunities on the continent in the area of trade and investment is huge, but for us to realise that we need to do more in removing obstacles as well as address environmental issues. If we remove these two, we can make progress.” 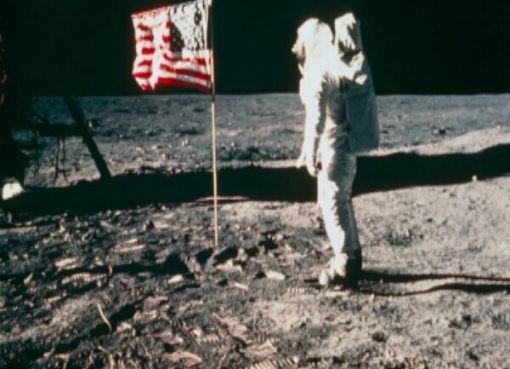 Conspiracy Theories: One In Six Brits Believe The Moon Landings Were Staged. 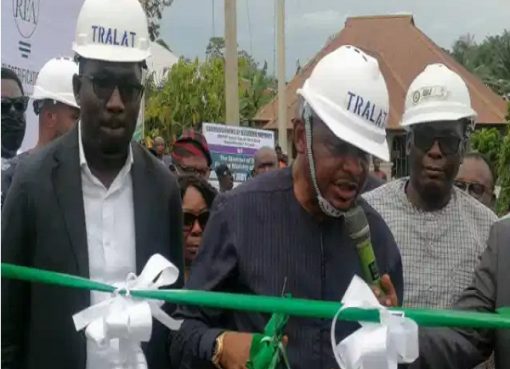 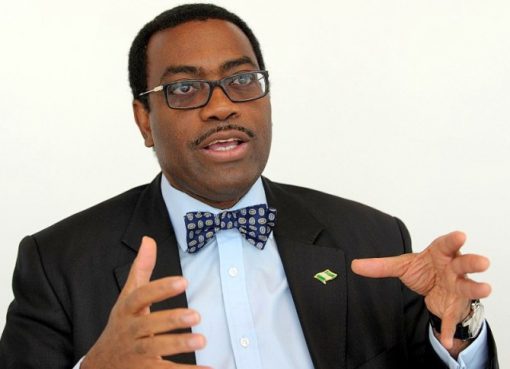