Heavy apps that would take a lot of time to download from the internet could be quickly transferred, enabling growth in the app economy

Despite the pandemic and movement restrictions over the last two years, Southeast Asians celebrating Ramadan have been resilient. This year felt different and celebratory as family reunions became a possibility. Family, friends and togetherness took centre stage. The need to share time, space and happiness was never stronger.

I saw a flurry of activity in brand marketing war rooms as my team and the marketers planned campaigns that spotlighted the ability to share the occasion. They recognised the sentiments and planned to cut through the festive noise and reach their target audience through personalised advertisements and trusted channels.

SHAREit has, over the last few years, served as a channel for those in the emerging markets to share non-gaming or gaming apps, shopping recommendations and entertainment or educational content.

This Ramadan revealed key consumer behaviours for app sharing that will stay for the future. We compared the categories of apps shared during Ramadan in 2022 versus last year on SHAREit.

The growing prominence of app sharing in emerging markets

Are people ‘sharing’ apps? I have heard this question many times. App sharing has grown enormously in the last five years, driven by the huge populations in emerging markets like the Philippines, Indonesia in Southeast Asia, Latin America, and Africa, amongst others.

It started mainly in areas where the internet infrastructure was not well established, yet digital adoption was rising. People began sharing apps that make their lives easier or useful with friends and family.

Heavy apps that would take a lot of time to download from the internet could be quickly transferred over SHAREit amongst peers. Now over 10 million apps are being shared daily on SHAREit.

The app economy has grown massively due to smartphone usage, which is becoming more affordable, and as the world population becomes more mobile-enabled. The global mobile application market size was valued at US$154.05 billion in 2019 and is expected to grow at a compound annual growth rate (CAGR) of 11.5 per cent from 2020 to 2027.

Over the course of 2021, over two million new apps and games were released, bringing the total number of apps released to date to over 21 million, according to App Annie’s State of Mobile 2022 report.

Gaming hits a new high during the festive season

Southeast Asia is one of the fastest-growing gaming markets in the world. COVID-19, too has accelerated the rise in mobile gaming, as consumers turned to the game to beat the lockdown blues.

With the practice of social distancing reducing consumer and business activity to a minimum, gaming proved to be a distraction and an engaging activity for people at home looking for social interactions. We have seen an immense demand in markets like the Philippines and Indonesia for racing, simulation and elimination games.

Interestingly despite the fact that people could finally meet and social gatherings were back this Ramadan break, gaming continued to rise. In Indonesia, people share multiple games such as action, arcade, simulation, casual and board. Share of board games was substantial and grew by 95 per cent, but trivia games led among all game types as their sharing more than doubled compared to last year.

As travel restrictions ease, holiday is top of mind

Another interesting trend that stood out was the sharing of travel apps. A travel boom is looming, and we see increased interest, especially in domestic travel.

According to a recent survey in Southeast Asia, respondents from the Philippines and Indonesia have shown the highest willingness for domestic travel.

The share of travel apps rose by 69 per cent after Ramadan as people were looking to plan holidays and getaways in the afterglow of the festive season. This is extremely good news for travel brands who have faced the brunt of the pandemic for the longest time and suffered from people not being active and even uninstalling apps.

At the heart of most festivals lies food. While the share of food apps grew by 109 per cent during the Ramadan season since people looked for new recipes to cook and order delicacies, the health and fitness app share increased by 23 per cent.

Food delivery was one of the fastest-growing app verticals globally, becoming somewhat of a much-needed tool in consumers’ lives for ordering food safely, socially distanced and conveniently. According to App Annie, sessions in food & drink apps reached 62 billion in 2021. The rise and boom in food app usage and sharing is here to stay.

With the rise in health awareness, people have become more conscious of where their food comes from, what they eat and workout and exercise regimes.

During the Ramadan season, we saw people in Indonesia turn to meal plans, schedules for suhoor and iftar, hydration guidelines, common side effects and how to deal with them. The share of medical apps increased by 491 per cent.

Consulting physicians over video conferences has gathered immense popularity due to the pandemic and is no longer a rarity.

According to App Annie, worldwide downloads of health & fitness apps surpassed pre-COVID-19 levels in 2021, despite a slight softening from a pandemic-induced high in 2020 in most countries. The top five meditation apps worldwide saw 27 per cent year-over-year growth in consumer spending.

Gaming, travel, food and fitness, and medical app landscapes will only continue to grow. For the players and app developers in the segment, it is vital to ensure they tap these growing demands from the consumers, adapt to their habits and lifestyles as we go on, and stay ready for disruption. 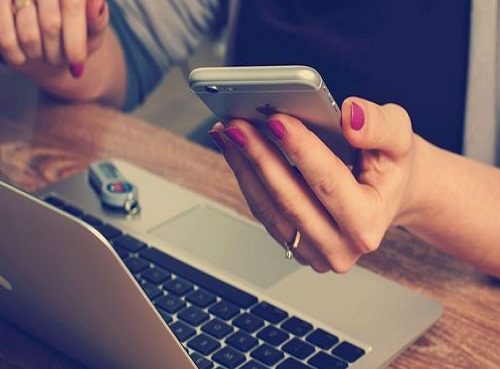 The Future Of Remote Work Is Trendy, How To Make It Work For You How To Spring Clean Your Digital Clutter To Protect Yourself