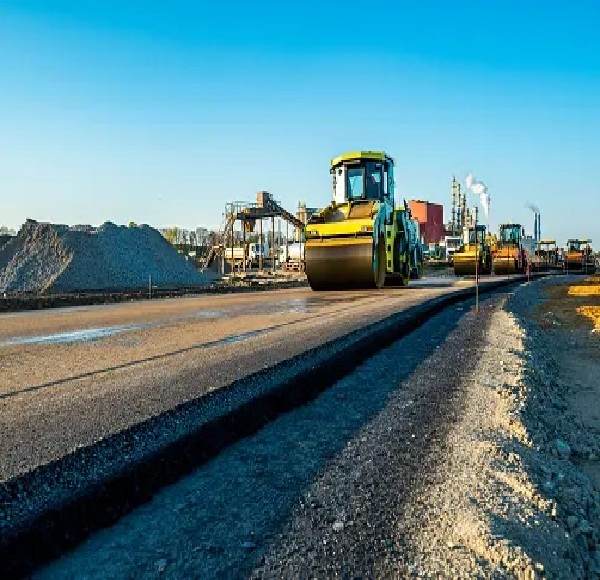 The Federal Executive Council (FEC), at its first meeting in 2023 yesterday, approved the proposal by the Federal Ministry of Works and Housing for the Nigerian National Petroleum Company Limited (NNPCL) and its subsidiaries to invest N1.9 trillion for the reconstruction of 44 selected federal roads across the country.

Yesterday’s council, chaired by the vice president, Professor Yemi Osinbajo, also endorsed the sum of N1.35 billion for the procurement of 31 vehicles for the use of the Federal Ministry of Environment. Minister of Environment, Muhammed Abdullahi, told newsmen that the vehicles would be deployed for the monitoring of power and remediation projects in some polluted areas of Ogoniland, in Rivers State.

The council equally approved the draft bill for an Act to establish Nigeria Police Force College Training School and Institution to serve as centre for professional training of officers of the Nigeria Police, and other related matters, according to Minister of Police Affairs, Maigari Dingyadi.

Osinbajo stood in at yesterday’s meeting for President Muhammadu Buhari, who was attending an African Peace Conference in Nouakchott, Mauritania.

The government approved the recommendation by NNPC to invest in the reconstruction of selected federal roads under the Federal Government Road Infrastructure Development and Refurbishment Investment Tax Credit Policy, phase two.

The approval came 15 months after NNPC expressed interest in investing in the reconstruction of selected federal roads in order to sustain a smooth supply and distribution of petroleum products across the country.

Buhari had on January 25, 2019 signed Executive Order 007, which was the instrument that brought about the scheme. The objective was to unlock funding from the private sector to critical road infrastructure in the country.

Executive Order 007 was designed to empower private companies to finance construction or refurbishment of federal roads designated as “eligible roads” under the scheme and recoup their investments through deduction of the approved total costs expended on the project from their annual Companies Income Tax (CIT).

Speaking on the N1.9 trillion approved to be expended on 44 federal roads by NNPC Limited, media assistant to the vice president, Laolu Akande, told newsmen at a post-FEC media briefing that the memo was presented by Minister of Works and Housing, Babatunde Fashola.

Akande said the ministry also got approval for concession of nine road corridors under the pilot phase of the Value Added Concession of the highways development and management initiative following the issuance of the requisite full business case compliance certificates by the Infrastructure Concession Regulatory Commission (ICRC) for a period of 25 years.

According to Akande, the minister also got council’s approval for the augmentation of contract for the rehabilitation of the Oshogbo-Ilesha Road in favour of Messers Orizon Construction Company in the sum of N1.2 billion, thereby revising the subsisting contract sum from N3 billion to N4 billion, representing an increase of 33 per cent of the original sum.

He stated, “The Minister for Works and Housing also presented a couple of memos. The council approved the recommendation to invest in the reconstruction of selected federal roads on the federal government road infrastructure development and refurbishment investment tax credit policy, phase two, by the NNPC and its subsidiaries.

“So the council approved the proposal by the Ministry of Works and Housing for the reconstruction of 44 proposed federal roads with a total length of 4,554 kilometres in the total sum of N1.9 trillion.”

Akande added, “In other memo, the Minister of Works and Housing also got approval of the council for concessionaires for nine road corridors under the pilot phase of the value added concession of the highways development and management initiative, following the issuance of the requisite full business case compliance certificates by the infrastructure concession regulatory commission for a period of 25 years for each road corridor as follows:

Under the initiative, the private participants of the scheme provide the funds for the construction or refurbishment projects and, in exchange, the participants are entitled to recoup the funds provided as a credit against the Companies Income Tax they are expected to repay.

A breakdown of the project funding showed that North-central geo-political zone got the highest chunk of N244.87 billion for the construction of 791.1 kilometres of road

South-south geo-political zone emerged the second highest beneficiary of the NNPC Road Infrastructure Development and Refurbishment project with the sum of N172.02 billion for a total of 81.9 kilometres of road. The zone is made up of Akwa-Ibom, Bayelsa, Cross-River, Delta, Edo, and Rivers states.

South-west followed with a total allocation of N81.87bn for the construction of 252.7 kilometres of road. The region is made up of Ekiti, Lagos, Osun, Ondo, Ogun, and Oyo states.

Similarly, NNPC allocated the sum of N56.12 billion to the North-east for the construction of 273.35 kilometres of road under the scheme. The states expected to be covered under this zone are Adamawa, Bauchi, Borno, Gombe, Taraba, and Yobe.

For South-east geo-political zone, the sum of N43.28 billion was earmarked for the construction/rehabilitation of 122 kilometres of road. The zone is made up of Abia, Anambra, Ebonyi, Enugu, and Imo states.

A further breakdown of the NNPC schedule showed that the North-west geo-political zone, which is made up of Kaduna, Katsina, Kano, Kebbi, Sokoto, Jigawa, and Zamfara got the least allocation. The zone was allocated the sum of N23.05 billion for the rehabilitation of 283.5 kilometres of road.

The road projects are being funded by NNPC, and the equivalent amount is deducted by the Federal Inland Revenue Service (FIRS) from the national oil company’s tax obligations.

Through the scheme, NNPC has been serving as an enabler for building the Nigerian economy, and it is collaborating with key stakeholders, such as the Ministry of Works and the FIRS, on the execution of the initiative.

This is in response to the difficulty faced by petroleum products marketers in transportation, which affects nationwide distribution.

Currently, engagements are ongoing with unions and other stakeholders to ensure smooth delivery of projects according to standards and specifications.

Speaking during an inspection tour of some of the projects being funded by NNPC, the company’s Group Chief Executive Officer, Mallam Mele Kyari, said in December that NNPC understood the importance of road infrastructure to the development of the Nigerian economy. Kyari said this was why the national oil company was committed to the scheme to fund more roads.

He said NNPC had disbursed N15 billion for the reconstruction of the Lagos-Badagry Expressway under the RITC Scheme.

The N15 billion represents a 100 per cent payment of the funding of the Lagos-Badagry road rehabilitation under the tax credit funding of NNPC Limited. Kyari said NNPC will continue to commit massive investments in critical projects in the country for the benefit of Nigerians.

He described the tax credit scheme, an initiative of the Buhari administration, as a game changer in the federal government’s quest to scale up infrastructure projects in the country.

Kyari expressed satisfaction with the progress of work at the project sites visited, adding that NNPC has done its part in releasing all the funds needed for the projects’ execution.

“We are doing 1,800 kilometres across the country. We believe that this tax credit system, which Mr. President has put in place, is the game changer for our country.

“We believe that in the next 24 months, there will be massive change to the entire road network in this country, and this is why NNPC is your company and working for all of us. We think that it is the best way to intervene and bring up our infrastructure.”

Kyari said the projects were being implemented with the consultant, which Buhari used when he was chairman of the Petroleum Trust Fund (PTF).

The environment minister, while briefing newsmen, said the council approved N1, 354,016,250 for the procurement of 31 vehicles for the monitoring of power and remediation projects in some polluted areas of Ogoniland.

Abdullahi stated, “In view of this development and because of the desire to ensure effective supervision of these projects, particularly the five water schemes and the 16 upcoming water schemes and the proposed shoreline remediation, and also the proposed centres of excellences to be built within Ogoni land and in view of the fact that we are going to inspect on a regular basis, experts from outside the country, there is a need to provide project vehicles so that they can effectively inspect, supervise and monitor the remediation exercise.

“So, FEC today approved the sum of N1, 354,016,250 only in favour of Messrs. Mujav automobile Nigeria Limited to provide 31 number of vehicles for the project.

“These include one 18-seater Toyota Hiace bus, one 30-seater Toyota coaster bus, they’re all supposed to be 2022 models. Then 11 Toyota Hilux double cabin four-wheel drive also of 2022 model, diesel engine.

“Only 31 vehicles were approved for the hydrocarbon pollution remediation project to ensure effective supervision of the project, particularly, delimitation sites. This is what we presented and was approved by FEC.”

The Minister of Police Affairs, who also addressed journalists on the approvals by the council, said, “It has also directed the Attorney General the Federal Minister of Justice, to transmit the draft bill to the National Assembly for enactment into law.”

Dingyadi said the passage of the bill was to give legal backing and financial autonomy to the institutions and to mobilise the much-needed technical and financial support from within and outside the country for the modernisation of police training facilities.

He added that this was geared towards improving the quality of officers produced for deployment, in furtherance of the federal government’s agenda on police reforms for effective policing in the country.
Source: Thisday 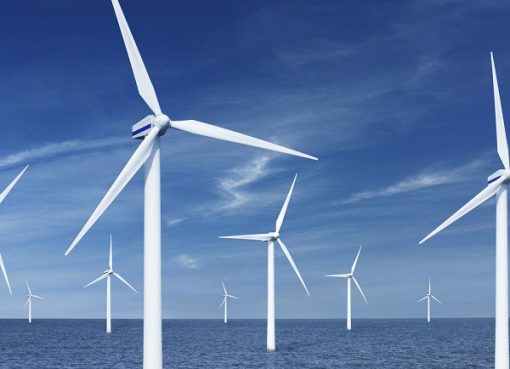 Hydrophilic Polymers: The Secret To A Sustainable Future 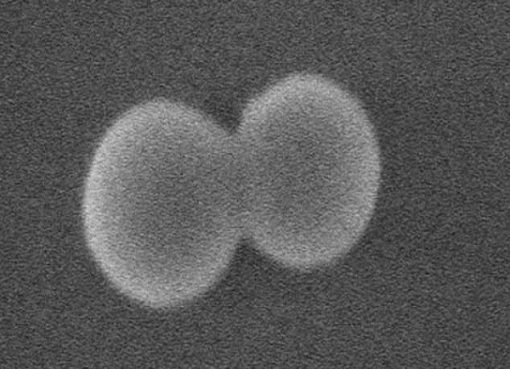 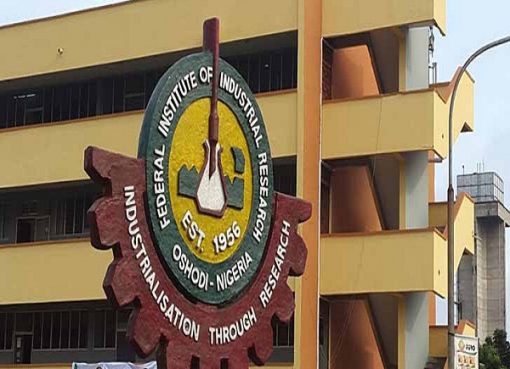