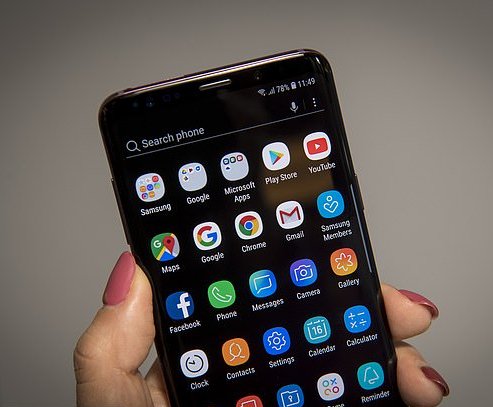 Security researchers have discovered a set of Android apps that contain sophisticated malware.

The 29 apps, which range from things like power management apps to horoscope apps, were found to be infected by Trojan malware that controls the app remotely after gaining access to the victim’s phone, according to We Live Security, a blog run by IT firm ESET.

After ESET notified Google of the issue, the malicious apps were removed from the Play Store.

However, they are believed to have been installed by almost 30,000 users.

The Trojan virus was discovered to have affected a range of apps, including one called ‘Free Daily Horoscope’ and ‘Power Manager’ on the Play Store.

‘Unlike the increasingly prevalent malicious apps relying purely on impersonating legitimate financial institutions and displaying bogus login screens, these apps belong to the category of sophisticated mobile banking malware with complex functionality and a heavy focus on stealth,’ We Live Security wrote in a blog post.

Researchers believe the malicious apps were created by a single attacker or group.

They’re able to do this by obtaining the HTML code of apps on your device and then inserting fake phishing forms in the apps.

As a result, it gives ‘the victim very little chance to notice something is amiss,’ ESET explained. 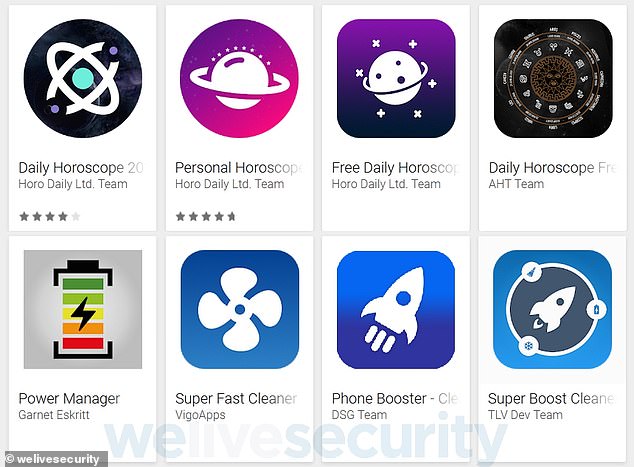 The 29 apps, which range from power management to horoscope apps, were infected by Trojan malware that controls the app remotely after gaining access to the victim’s phone

In some cases, the apps display an error message after they’re downloaded, saying that the app is incompatible with your device and has been removed.

However, the apps are still downloaded on the victim’s device, hiding in the background.

In some cases, they continue to work as normal, displaying relevant information that otherwise appears normal.

The main goal of the malware is to impersonate a user’s banking apps, obtain their credentials and steal money.

But ESET didn’t mention any cases where the malware had achieved this.

WHICH APPS WERE FOUND TO HAVE MALWARE?

ESET discovered that 29 apps were infected with malware, including:

7. Daily Horoscope For All Zodiac Signs

Researchers said the apps don’t use any ‘advanced tricks’ to continue infecting the device, so they can be easily removed.

Victims can simply uninstall them by navigating to Settings, then General and clicking on Application manager/Apps, ESET noted.

‘We also advise you to check your bank account for suspicious transactions and consider changing your internet banking password/PIN code,’ the researchers said.

ESET also added that Android users should make sure to only download apps from Google Play, making sure to check how many times they’ve been downloaded, as well as their ratings.

They recommend users pay attention to what permissions they grant a particular app once it’s downloaded on their device. 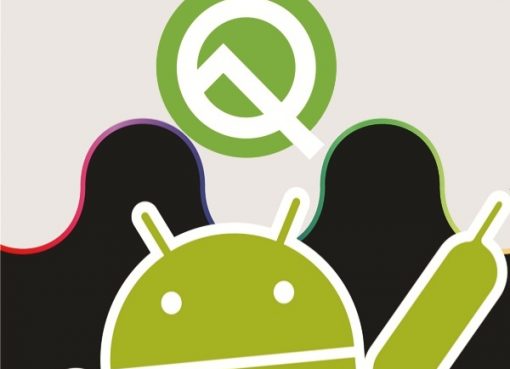 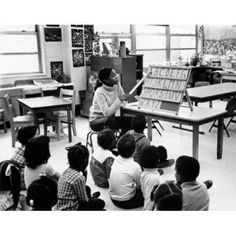 Looking Back At Project Athena 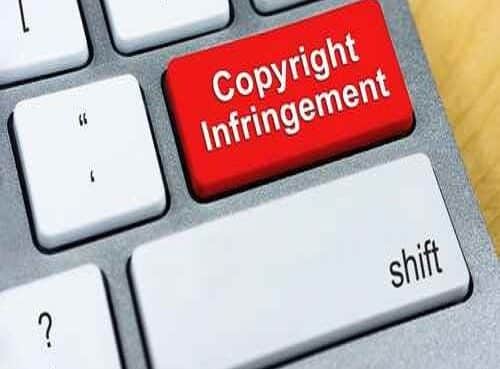 21 thoughts on “Check Your Apps! Warning Over Android Downloads ‘Loaded With Malware’ That Can Steal Banking Details”