And we’re not talking about just the need to be entertained while away from home – although many people use smartphones for this alone – but also about smartphones being a helpful assistant in everyday life, handling everything from appointments to payments, shopping, and keeping in touch with our loved ones. Let’s take a look at some of the numbers the smartphone market has produced in the last decade.

When the iPhone was released in 2007, it was the only device in its category. It was followed almost a year later by the first Android handset with similar capabilities. While other handsets with large touchscreens did exist before, they relied on styluses rather than fingers for interaction and were aimed at business users rather than the general population.

In a decade, the smartphone market has grown to accommodate an insane number of phones and manufacturers. GSMArena, one of the most widely used mobile phone databases, lists more than 100 smartphone manufacturers and almost 10,000 individual models (and counting).

Today, downloading and installing apps is normal for the vast majority of smartphone users, no matter if it’s a better music player, a news reader or the Betway mobile App. Back in the early days of smartphones, in turn, apps were in short supply.

Apple’s famous App Store launched in July 2008 with a staggering 552 apps in it, with 135 of them free. Today, the App Store has around 2 million apps, and Google’s Play Store has around 2.1 million of them. Steve Jobs’ famous statement “there’s an app for that” is very true today, with “that” being pretty much whatever you can imagine.

A decade ago, when there were just a couple of smartphones available, the smartphone market was tiny – only around 139 million smartphones were sold globally, most of them running Nokia’s Symbian OS and RIM’s BlackBerry OS. Nokia was the market leader with a share of more than 40%, followed by RIM (BlackBerry) with almost 20%. Apple’s market share stayed well below 5% back then, and so did Samsung’s.

Today, the tables have turned, though. In the last decade, Nokia has “died” at the hands of Microsoft and has only recently managed to re-emerge, after a Finnish company called HMD Global brought the brand back to its home country.

HTC all but disappeared from the market, and so did RIM. The smartphone market is dominated by Android with a market share of around 85%, followed by iOS with a bit under 15%, and other operating systems sharing around 0.1% of the market.

READ ALSO  The Future Of The IoT (Batteries Not Needed)

And when it comes to phone manufacturers, a lot has changed during the decade that has passed. Samsung lost more than 10% of its market share in the last 12 months, but it’s still the largest smartphone maker in the world, shipping more than 72 million phones in the third quarter of this year.

Apple lost its second place to Huawei, China’s largest smartphone maker that sold 52 million phones in Q3/2018, enough for 14.6% of the market. Apple is third with 46.9 million phones sold, Xiaomi is fourth, closing in on the 10% mark thanks to its aggressive pricing policy (and the quality of its handsets), and OPPO, another Chinese manufacturer, is fifth, pushing more money into marketing and flashy launch events than ever before.

The value of the global smartphone market has grown exponentially in the last decade, reaching a value close to $500 billion a year. All this thanks to Apple’s innovative approach to the mobile phone that resulted in the release of the iPhone in 2007. 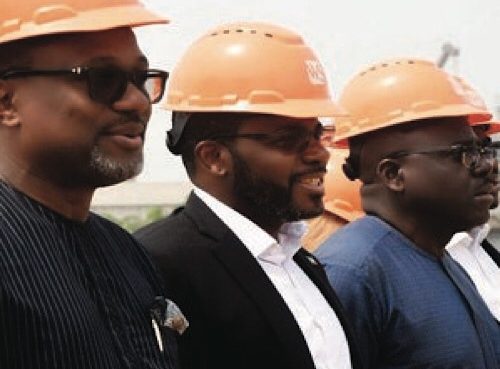 How Promising Is The Future Of Cryptocurrency? 21 thoughts on “Smartphones: A Decade Of Growth And Success”