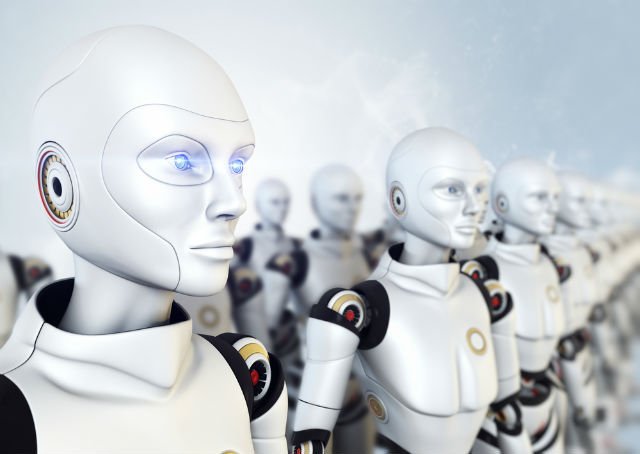 Robot is a mechanical device capable of moving independently such as walking, rolling on wheels and similar actions performed by a living creature. Robot is built to resemble a human being or animal in appearance and behaviour, thus, Robots may be constructed to take on human form but most robots are machines designed to perform a task regardless on how they appear. Generally, a robot is a computer-programmed machine developed to carry out a complex series of actions automatically. An external control device can guide robot or the control may be embedded within the body of the robot.

Today, there are different classifications of Robots. Robots can be autonomous or semi-autonomous; they can be humanoids or non-humanoids. The most popular is a humanoid robot. A humanoid robot is a robot with its body shape built to resemble the human body. The design may be for functional purposes, such as interacting with human tools and environments, for experimental purposes, such as the study of locomotion, or for other purposes. A typical example of humanoid robot is Advanced Step in Innovative Mobility (ASIMO) developed by Honda in the year, 2000. Another example is “TOSY Ping Pong Playing Robot” called TOPIO, which was designed to play table tennis against a human being. It was developed by TOSY, a robotics firm in Vietnam in 2005. It was publicly demonstrated at the Tokyo International Robot Exhibition (IREX) on November 28, 2007. Other classifications are the industrial robots, medical operating robots, patient assist robots, dog therapy robots, collectively programmed swarm robots, UAV drones such as General Atomics MQ-1 Predator, and even microscopic nano robots. By mimicking a lifelike appearance or automating movements, a robot may convey a sense of intelligence or thought of its own. Autonomous things are expected to proliferate in the coming decades with home robotics and the autonomous car as some may be driven by robot drivers
Ostensibly, robot technology deals with the design, construction, operation, and application of robots to undertake functions ordinarily performed by human being. Additionally, the technology covers computer systems for robots control, sensory feedback, and information processing as robots perform their assigned tasks. Thus, robot technology may also deal with automated machines that can take the place of humans in dangerous environments or manufacturing processes, or resemble humans in appearance, behaviour, or cognition. In the last two decades, Robots have replaced humans in performing repetitive and dangerous tasks, which humans prefer not to do, or are unable to do because of size limitations, or which take place in extreme hostile environments to human beings such as outer space or the bottom of the sea.

Efforts in developing robot technology are largely focused on the production of commercial and industrial robots. Obviously the industrial sector has relatively high demands of robotic services as it grows proportionally with the population growth. Thus, the commercial and industrial robots are now in widespread use to perform jobs more cheaply or with greater accuracy, reliability and efficiency than humans. They are also employed for jobs, which are too dirty, dangerous or dull to be suitable for humans. Robots are widely used in manufacturing, assembly and packing, transport, earth and space exploration, surgery, weaponry, laboratory research, and mass production of consumer and industrial goods. Now, who invented robot technology?

According to Wikipedia, the term ‘robot’ originates as one of the Czech words “robota” in the Slavic language, which means forced labourer, a word used to refer to those peasants compelled to render compulsory service under the feudal system. The feudal robota class depicts the imagination of a new class of manufactured, artificial workers who toil daily for a peanut.

George Devol, an American was the first inventor of industrial robot. Devol was born in the year, 1912 at Louisville, Kentucky, USA to the family of George Charles Devol, Sr. During his basic education at Riordan Prep, he gained experience through operation of the school’s electric light plant but didn’t go to an engineering school after the college and ended up establishing a private company. Devol died on August 11, 2011, at the age of 99 years, he was reputed to be a highly prolific inventor and entrepreneur. His immense contribution led to the development of the first industrial robot, called Unimate, a precursor of the machines that now automate assembly lines all over the world. However, the industrial robot was only one of his numerous contributions as he was reported to acquire over 40 patents during his lifetime. Devol was one of the few personalities who spent their entire lifespan transforming ideas from mere conception to actual reality. Some of his inventions were radar systems, counter-radar devices and microwave test equipment, microwave oven product, the popular Speedy Weeny, which automatically cooked and dispensed hotdogs. There were several others.

On perfecting robot technology, Devol found an inspiring partner by the name of Joseph Engelberger, an executive with engineering degrees from Columbia University. Engelberger had a deep-hearted passion for science fiction similar to Devol. They worked as a team to perfect their device from “programmed article transfer” to “manipulator” to “robot.” Devol and Engelberger worked hard to produce the first Unimate, a product of their new Unimation Corp. Their product was hydraulically powered with digital control, a magnetic drum memory, and discrete solid-state control components. In 1961 the first Unimate was installed at a GM plant in Trenton, New Jersey, to assist a hot die-casting machine. Over the next few years, some modifications were carried out to perfect the product, their company, Unimation Corp was able to develop robots for welding and other applications in manufacturing industries across America. Devol and Engelberger obtained a Patent Number 2,988,237 for their Unimate issued in 1961. This sowed the seed that spawned the robot industry across the globe

Thus, Devol’s patent for the first digitally operated programmable robotic arm in the 1960s represented the foundation of the modern robotics industry.

In the last five decades, from Unimation to the present  day robot, the technology has undergone series of improvements as a result of interest generated among the scientists. Consequently, various techniques have emerged in developing the science of robotics and robots. One method is evolutionary robotics, in which a number of differing robots are submitted to tests. Robot with best performance is used as a model to create a subsequent “generation” of robots. Another method is developmental robotics, which tracks changes and development within a single robot in the areas of problem-solving and other functions. Another new type of robot was just recently introduced, which acts both as smartphone and robot, this variety of robots are named “RoboHon”.

As robots became more advanced, higher institutions of learning were not left out as they immensely contribute their efforts in advancing the robot technology.  In this regard, a computer-aided operating system was designed mainly for the development of robots. Among these advances is Robot Operating System (ROS), an open-source set of programs, which were partly developed at Stanford University, the Massachusetts Institute of Technology and the Technical University of Munich, Germany, among others. ROS provides ways to program a robot’s navigation and limbs regardless of the specific hardware involved. It also provides high-level commands for items like image recognition and even opening doors. When ROS boots up on a robot’s computer, it would obtain data on attributes such as the length and movement of robots’ limbs. It would relay this data to higher-level algorithms. Microsoft is also developing a “Windows for robots” system with its Robotics Developer Studio, which has been available since 2007.

No doubt, as technology is generally and exponentially advancing, driven by ICT to reach zenith level, robot technology is similarly advancing.  Some of the emerging trends in robotic science are providing insight to the direction in which robotics development is heading in a near future. The annual Consumer Electronics Show (CES) expo in Las Vegas, early this year (January 2018) showcased robotics breakthroughs, which raised the public expectations on the type of robots likely to be in the market, pretty soon. Among the robots displayed were Domestic cleaning robots, Companion robots, Self-driving cars and Artificial-Intelligence-powered health and wellbeing technology. What are these advances in robot technology? Can robots replace human beings in companionship? 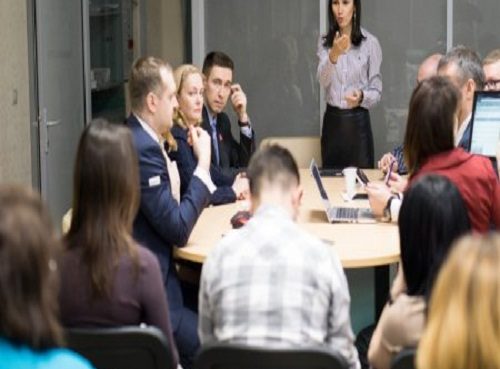 How Sales Teams Can Leverage AI To Delight Customers 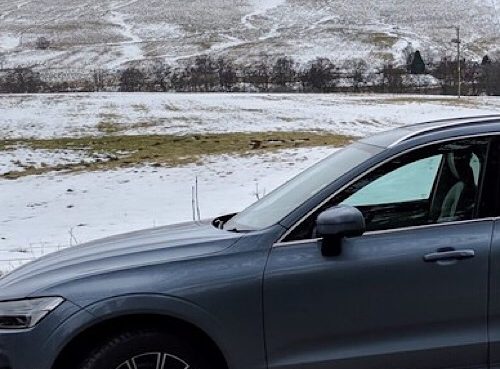 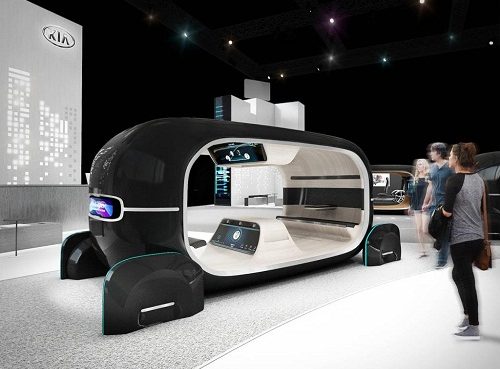