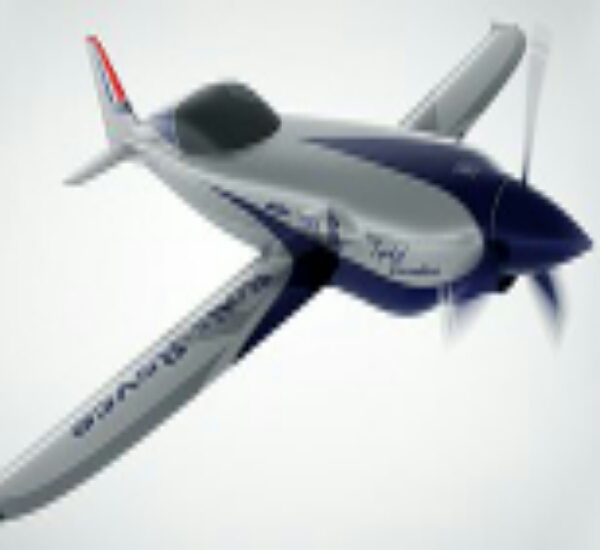 Called Accel, the firm hopes it will take to the skies next year to claim a world record.

The current record for an all-electric plane, set by Siemens in 2017, is 210 mph – which the Accel could smash.

The propeller is driven by three high power density electric motors designed and manufactured by YASA in the UK.

Compared to a conventional plane, the propeller blades spin at a far lower RPM to deliver a much more stable and far quieter ride.

Scheduled to take to the skies over Great Britain in 2020, the aircraft will reach a speed of 300 mph – and quite likely more – making it the fastest all-electric plane in history.

The project is part of a Rolls-Royce initiative called ACCEL – short for ‘Accelerating the Electrification of Flight’intended to boost sales of electric planes – powered by Tolls-Royce engines.

The firm says it will ‘pioneer a third wave of aviation’.

‘This plane will be powered by a state-of-the-art electrical system and the most powerful battery ever built for flight,’ said Matheu Parr,  the ACCEL Project Manager for Rolls-Royce.

‘In the year ahead, we’re going to demonstrate its abilities in demanding test environments before going for gold in 2020 from a landing strip on the Welsh coastline.’

The project will be based at Gloucestershire airport outside of Cheltenham.

Engineers, designers, and data specialists from Roll-Royce are working with electric motor and controller manufacturer YASA and the aviation start-up Electroflight to create the single-seater prop-plane.

Partly funded by the British government, it will draw on Formula E expertise.

The team say the biggest challenge will be the battery.

They’ll need to build an immense battery that’s powerful enough to beat a series of speed and performance records, light enough to fly, and stable enough not to overheat.

‘We’re monitoring more than 20,000 data points per second, measuring battery voltage, temperature, and overall health of the powertrain, which is responsible for powering the propellers and generating thrust.

‘We’ve already drawn a series of insights from the unique design and integration challenges,’ says Parr.

‘And we’re gaining the knowhow to not only pioneer the field of electric-powered, zero-emissions aviation – but to lead it.

At this point, our confidence is sky high.’

The propeller is driven by three high power density electric motors designed and manufactured by YASA in the UK.

Compared to a conventional plane, the propeller blades spin at a far lower RPM to deliver a much more stable and far quieter ride, Rolls-Royce says.

THE SUPERMARINE S.6B: THE 343 MPH PLANE THAT SMASHED WORLD RECORDS IN 1931 AND LED TO THE BIRTH OF THE SPITFIRE

The company was instrumental in helping Britain win the prestigious Schneider Trophy in 1931, a victory that established Rolls-Royce as a leader in aerospace.

The British racing seaplane that established the record was known as the Supermarine S.6B.

The winning Schneider flight was piloted by Flt. Lt. John Boothman in aircraft serial number S1595 at a speed of 340.08 mph (547.19 km/h), flying seven perfect laps of the triangular course over the Solent, between the Isle of Wight and the British mainland.

The plane was the brainchild of Reginald Mitchell, a former locomotive engineer from Stoke, whose passion for flying had made him the youthful chief designer at Supermarine, a Southampton-based company that specialised in maritime aviation.

In 1931 Mitchell’s final Schneider Trophy winner, the Supermarine S6, had attained an astonishing speed of 407mph, smashing the world record.

It was this achievement that led the Air Ministry to encourage Supermarine to build a new military fighter that incorporated this cutting edge technology.

The test pilot Jeffrey Quill described it as ‘a dog’s breakfast, just not a very good design.’

What hindered Mitchell was not just his inexperience with landplanes but also his poor health. In 1933 he was diagnosed with cancer, for which he had to undergo major surgery and the installation of a permanent colostomy bag. But he was a resilient, determined man. Solar Energy Is Now As Inexpensive As Grid Electricity 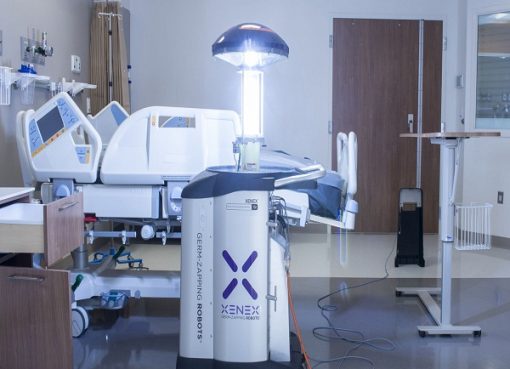 Can This Germ-Zapping Robot Kill The Coronavirus?