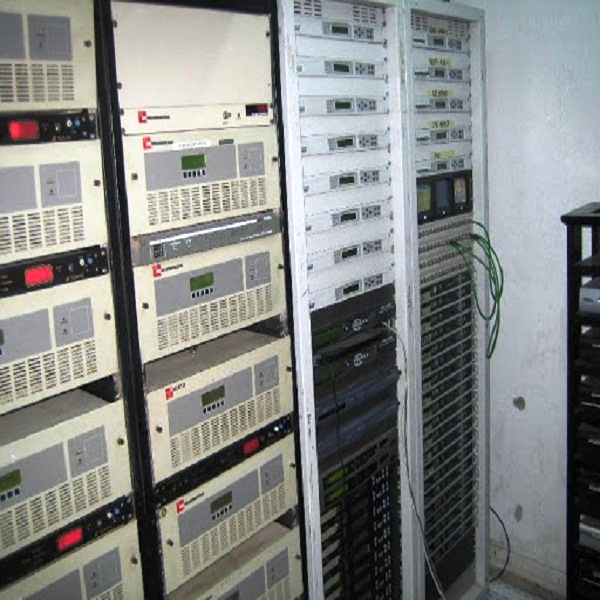 Similarly, the Digital MMDS Head-end system is a system comprising of the digital receivers and digital transmitters, digital encoders, digital multiplexers, digital modulators, digital scramblers, and digital billing system, Tower and wave guide, for the sole purpose of digital Television or Radio transmission or Broadcasting using microwave technology which enables the transmission of multiple channels to the subscribers.

The system targets to expand the signal footprint and attract a wider viewership to the organization. It also seeks to increase economic opportunities through sustainable and competitive television broadcasting and media development in the organization and its environs.

Digital MMDS Head-end system is a project comprising of 3 MMDS Transmitters, 3 digital modulators, 3 digital multiplexers, 3 DVB scramblers, 24 DVB Encoders, 50 DVB Receivers, a well-configured Billing system (Computer system), a dehydrator and a multiple receiving antennae of different sizes.  This system was designed to transmit a 24 television channels, 8 Television channels each from the (3) three sub-systems of the Head-end A, B, and C.  Sub-system A comprises of 1 MMDS Transmitter, 1 DVB modulator, 8 DVB encoders and 8 or more DVB Receivers.  The same applies to sub-systems B and C.

The 3 subsystems of this project were combined using a signal combiner of 3 inputs and a single output that runs through the wave guide. The Head-end has an already existing 60 meters mast, wave guide and the Receiving and transmitting antennae. The essence of this system is to have a smooth transmission process and a reduced downtime rate in television and Radio Broadcasting engineering.

When sub-system C is affected, sub-system A and B are still running leaving the station with 16 Television Channels instead of 24 Television Channels.  And, when two are affected at the same time, we still have 8 television channels running. The possibility of having a total outage in transmission in this system is not certain except in the case of total shutdown or emergency maintenance.

The Digital MMDS Head – end system can be separated into three divisions:

Reception antennae are used for the reception of the television signals.  For this head-end, the main reception antenna is the satellite dish.  Direct broadcast satellite (DBS) service providers mainly transmit in the C – Band and K. U. band frequency range. C – band operates at a frequency range of between 3 – 7 GHz for a downlink.  The dish size values from 1.8 – 5m depending on the signal strength or position within the footprint. KU – Band operates in the 11 – 14 GHz frequency range for downlink. The new generations of satellites are delivering hundreds of Television and Radio channels in digital format. Dish size does vary with the strength of the signal even in Ku – band. Dish sizes can be as small as 35cm.

Rain affects KU – band signals and heavy rain will cause a signal fade which can result in complete loss of audio and video at the decoder.  A 90cm dish is therefore recommended to offset the fade and minimize the time off-air.

*          Satellite Receivers/Decoders:   These are the devices used to tune in the transmitted signal programming.  The system requires a decoder for each Pay-TV channels in client’s premises.

*          QPSK Modulator:   This translates data onto a carrier wave for transmission over the air.

*          Signal combiner:   The entire individual channels are combined into a single integrated cable feed.  The resulting output will be the multi-channel Television signal ready for Transmission or propagation via the wave guide.

*          The DVB multiplexer:   In this system, the multiple channels generated by encoders are fed into it to be combined, compressed, coded and multiplexed according to customer request by the head-end; into a single transport stream.

*          The DVB scrambler:    This is the system that works hand in hand with the billing system (server):  Its job is to code the signals to avoid viewing by an unauthorized viewer.  It supports DVB simulcrypt scrambling standard.  To be decoded only by our clients.

*          MMDS Transmitter: This is an electronic equipment which does the amplification of the already processed signals and transmits them into the air via the combiner and the wave guide (Antenna).

*          The Billing System (Server):   This is where database management is being done.  It comprises of the Conditional Access System (CAS) and Subscriber Management System (SMS).

This system enables the company to offer or provide television services to only authorized viewers (customers).

When signals are transmitted from the output of the MMDS transmitter, the wave propagation continued via the waveguide and finally through the transmitting antennae.

The transmitting antenna is mounted at the topmost part of the tower or mast to ensure minimum losses, improved antennae gain, lowest wind-age and maximum power response.

The Digital MMDS Head-end system being part of microwave communication technology was designed primarily to suit the customers who are paying for the services.

*          Under normal atmospheric conditions, the radio or television horizon is around 30 percent beyond the optical horizon.

*          Radio/Television Line – of – sight takes into account the concept of Fresnel ellipsoids and their clearance criteria.

These are areas of constructive and destructive interference created when electromagnetic wave propagation in free space is reflected (multipath) or diffracted as the wave intersects obstacles.

The Fresnel zone must be clear of all obstruction.

Radius of the first fresnel zone

The Loss/attenuation calculations are composed of three main contributions.

*          Propagation losses due to earth’s atmosphere and terrain.

* Branching losses that come from the hardware used to deliver the transmitter/Receiver output to/from the antennae.

This contribution is not calculated but it is considered in the planning process as an additional loss.

*    Free space loss – when the transmitter and receiver have a clear, unobstructed line – of – sight.

The following key electrical parameters at the frequency of operation should be considered when considering an antenna product.

–           For larger higher gain antennas and antennas operating to inclined orbit satellites performance of required tracking system has to also be considered.

*          Ensuring the use of low attenuation of the wave guide or coaxial cables on the feed lines to reduce transmission losses.

*          The Omni directional antenna was employed in this project because of the central location of the head-end.

*          Earthen of all the metallic surfaces including the equipment racks, tower body and at the topmost point on the tower to prevent thunder attacks on the environment and all microwave equipment.

*          MPEG2 format was specified and recommended in the equipment installation and programming to avoid mismatch and to enable the use of TS stream satellite receiver.

* Ensuring that the transmit frequency as per the country’s prescribed frequency range (spectrum and bandwidth).

*          Engineering Standard ordered that the standard C/N of TV is 43 dB, then transmission distance is 5km when receiving antenna number is 16dB, C/N is 46dB, it satisfies the needs completely, therefore the project is viable.

To have some certainty as to whether your wireless link will be reliable, an RF (Radio Frequency) path analysis and SOM calculation need to be performed.

By doing this calculation, you can test various system designs and scenarios to see how much fade margin (or “safety cushion”) your link will theoretically have.

In other words, SOM is the difference between the received signal and the radio’s specified receiver’s sensitivity.  SOM is also referred to as link margin or fade margin. 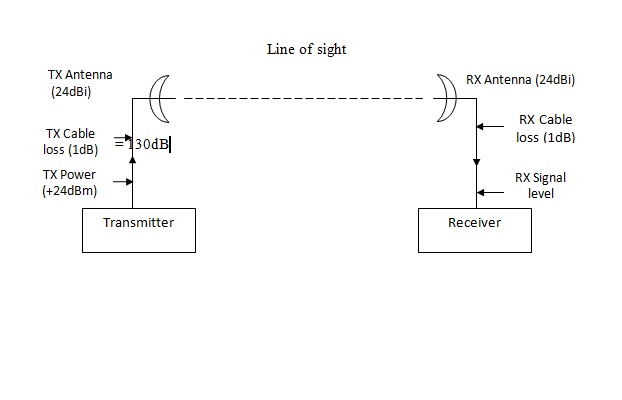 System operating margin (SOM) is defined as the difference between the signal level received and the signal needed for good reception (Receiver sensitivity) measured in dB.

From the above calculation, the received signal is   60dBmand the receiver’s sensitivity is 83dBm giving rise to an SOM of 23dB as specified by the manufacturer, which certifies the project.

Most engineers agree that 20dB or more SOM is adequate and some think that as low as 14dB is also good.

THE BLOCK DIAGRAM OF THE DIGITAL TRANSMISSION STAGES

IN AN MMDS HEAD END SYSTEM 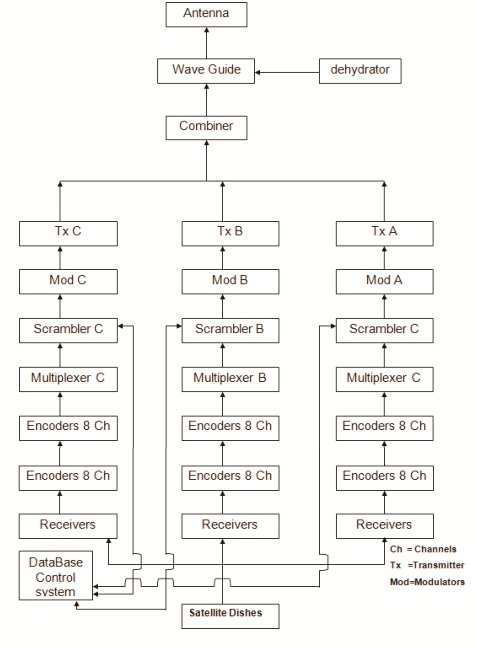 The Digital MMDS Head-end system has a building constructed close to a 60 meters tower or mast.  This closeness is to allow an easy installation of a waveguide – A hollow pipe made of silver or copper coated with a vinyl product or plastic.  The plastic coating is used in order not to give room to energy loss as a result of radiation, reflection or conduction.

The wave guide is as long as the tower 60 meters.  And it serves as a link between the MMDS equipment inside the transmission room and the transmitting antenna mounted at the uppermost part of the 60 meters tower.

This building has some other rooms such as the recording studio, live newsroom, stores, convenience and a reception room.

The Digital MMDS Head-end system was designed as follows:

–           The initial signals were tracked from the satellite uplink using different sizes of dishes in both KU band and C – band.  The local contents are sourced as news or live programmes generated in the studio.

–           The Received or tracked signals are processed using DVB receivers.

–           The Encoders receives the signals and does the conversion from Analogue to Digital and pushes it to the multiplexer.

–           The multiplexer receives the signals and compresses them to a single stream pushing them to the scrambler.

–           The scrambler does the encrypting or coding of the signals only to be decoded by our clients.

–           The modulator does the translation of signals unto carrier wave for transmission.

–           The transmitter collects the translated signals, amplifies them, giving them enough strength to move.  The transmitter now transmits the signals through its output via the combiner, waveguide and the antenna.

–           The Transmitting Antenna does the last transmission into the air.

–           The transmitted signals are received in clients homes using a receive antenna of another kind maintaining the line of – sight with the Head-end.

–           The signals are finally decoded through the client’s receiver or decoder and finally, the picture on the television of the client is the end product of this transmission done at the head-end.

All these equipment are powered by a 40KVA stand by Generators.

E.g. the distance of two points is 5km receive antenna’s gain is 18Db.

Down converters Gain is 32b

Conversion to DBµV then down

Other improvision noise instead of 2dB becomes

Engineering Standard ordered that the standard C/N of TV is 43 db, then transmission distance is 5km when receiving antenna number is 16dB, C/N is 46dB, it satisfies the needs completely, therefore the project is viable.

All the parameters used in this calculation are based on the Engineering standards in Microwave Communication or Telecommunication with the help of the manufacturer’s specifications.

.9       ANALYSIS OF TEST RESULT AND COMMISSIONING

The above project was commissioned at the end of the installation with all the safety standards and the regulations in place.  During commissioning, the transmitters and other DVB equipment were powered and field technicians were sent to various subscribers’ homes to search and receive the transmitted signal from the head-end.

It was observed that the cable station transmitted a clear picture to various subscribers in the city and the transmission equipment performed optimally. 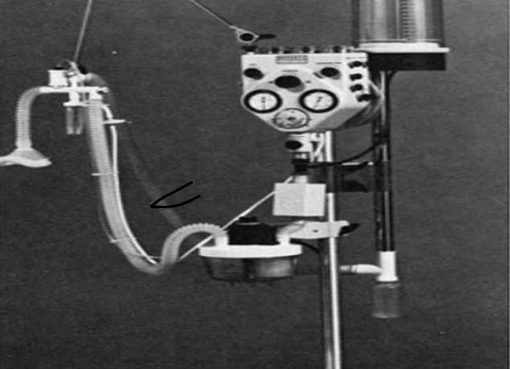 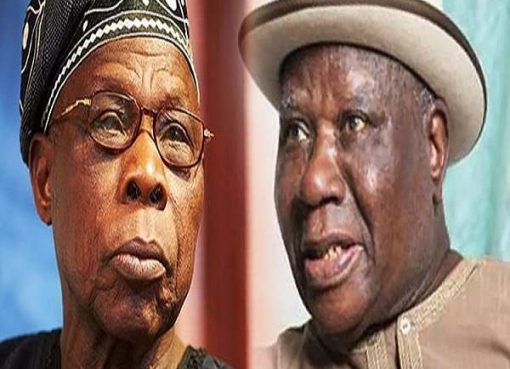 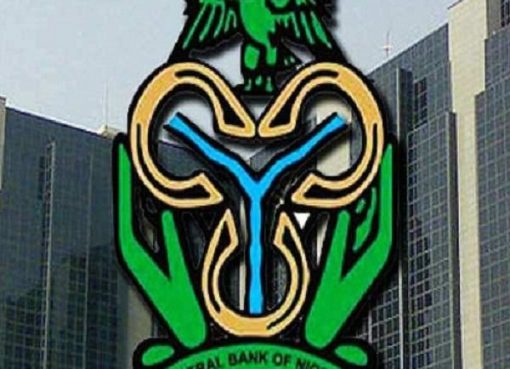