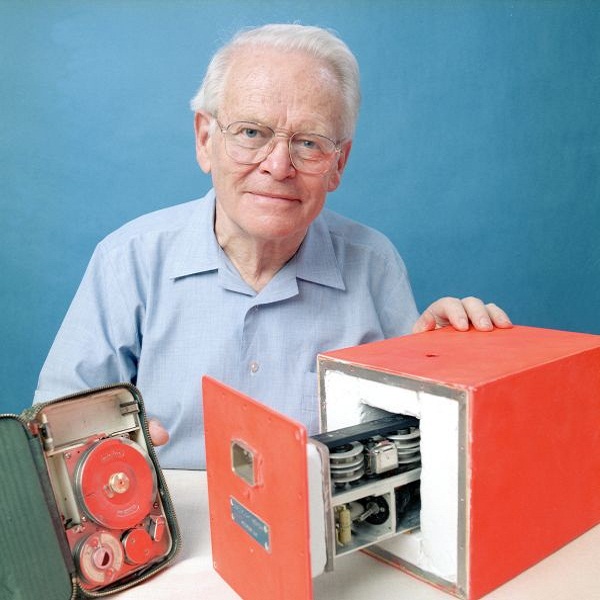 In April 1954, David Warren submitted a four-page note, “Mechanical Engineering Technical Memorandum 142: A Device for Assisting Investigation into Aircraft Accidents.” Warren described the troubling increase in major air disasters, noting two fatal crashes so far that year of the de Havilland DH.106 Comet, the world’s first commercial jet airliner. There were no survivors in either crash. Warren went on to explain how the final minutes before an accident could provide essential data for forensics experts trying to determine the cause. He proposed an instrument that would record cockpit conversation on a closed circle of wire. To facilitate the device’s recovery after a crash, he suggested it be placed in the part of the plane least likely to receive extensive damage, namely the tail. Much to Warren’s surprise, his boss hated the idea. So begins one chapter in the story of the invention of the now-ubiquitous black box, otherwise known as the flight data recorder.

The flight data recorder was inspired by a portable dictation machine

David Warren was born in 1925 on Groote Eylandt, in Australia’s Northern Territory, the son of missionaries. When he was nine years old, his father died in the crash of a de Havilland DH.86 while traveling to his new parish in Sydney. In later interviews, Warren insisted that the circumstances of his father’s death did not lead him to invent the flight data recorder. Rather, it was his father’s parting gift, a crystal radio set, that sparked his interest in science and engineering.

Warren was studying for his amateur radio license when a World War II ban on hobby radio forced him to redirect his efforts to chemistry sets. He went on to earn a B.S. from the University of Sydney and a Ph.D. in chemistry, with a focus on fuels and energy, from Imperial College London. He then spent three years as a science officer at the Woomera Rocket Range, a military and civil aerospace facility in southern Australia, before joining the Aeronautical Research Laboratories (ARL), a part of Australia’s Department of Defence, where he remained for the rest of his career.

Given Warren’s expertise in fuel tank design, the ARL assigned him in 1953 to a panel investigating two recent crashes of the de Havilland Comet. Warren found his mind wandering to a device he had seen the week before at Sydney’s first postwar trade fair: the Minifon, a German device that was marketed as the first pocket recorder. The portable battery-powered machine was intended for businessmen (for dictation) and spies (for spying), but Warren began thinking how useful it would be for airplanes.

But when Warren gave his supervisor Technical Memorandum 142, describing the use of a wire to record several minutes of cockpit conversation, his boss showed no enthusiasm. Warren was told to pass the idea to the instruments group and “get on with blowing up fuel tanks,” as Warren was quoted in a 2019 BBC News article.

Warren was not easily discouraged. In 1955, he got a new boss named Tom Keeble, to whom he pitched the idea again. Keeble was supportive and asked for more information. Warren responded with a much more detailed report, “Mechanical Engineering Technical Memorandum 180: Tests in the Development of a Crash Recorder.” In it he described a series of flights arranged by the Department of Civil Aviation where he tested the use of fixed microphones in the cockpit for recording interpilot speech. Although he concluded that the background noise levels in most military and early commercial aircraft limited such an approach, in modern pressurized cabins, a Minifon Type 54 could record conversation with 80 to 100 percent intelligibility.

Keeble liked what he read, and he told Warren to outline specifications for a prototype. The ARL contracted with Theon “Tych” Mirfield, a Melbourne-based instrument maker, to build the first working prototype.

Completed in 1958, the ARL Flight Memory Unit used a 0.05-millimeter-diameter magnetized steel wire as the recording medium. It could store up to 4 hours of voice as well as various instrument readings, such as airspeed, altitude, and cabin pressure at a sample rate of eight readings per second. The recording continued in a loop, erasing all information as it rerecorded. (The prototype is now in the collections of Museums Victoria.)

The response to the prototype was dismal. According to a 1998 account by Warren and his colleague Ken Fraser, civil authorities said that “Dr Warren’s instrument has little immediate direct use in civil aircraft.” The Royal Australian Air Force likewise decided that “such a device is not required—the recorder would yield more expletives than explanations.” Most damning was the Federation of Air Pilots, which declared that the device would be like “a spy flying alongside—no plane would take off in Australia with Big Brother listening.”

That grim reception might have doomed the flight recorder. But Robert Hardingham, Secretary of the U.K. Air Registration Board, happened to see the prototype on an informal visit to the ARL, and he was so impressed that he arranged for Warren to fly to England immediately to demonstrate it. The British response was overwhelming, with manufacturers and aircraft operators offering their support. Warren’s device was featured on the BBC evening news and the Radio Newsreel. In later life, Warren speculated that the misnomer “black box” for the device dated to these early interviews. “Black box” is Royal Air Force slang for electronics equipment. In fact, the housings for flight data recorders are usually bright red or orange to help locate them in a crash recovery.

Back in Australia, the ARL assigned Warren a team that included Fraser, Lane Sear, and Walter Boswell to update the prototype to a preproduction standard. Improvements included an increased sample rate of 24 readings per second for the instruments and the capability to continue recording after loss of aircraft electrical power.

The ARL system itself was never patented and never went into production, but the British firm of S. Davall & Sons approached ARL for the manufacturing rights. The Davall “red egg” accident recorder eventually won a large share of the flight data recording market. Warren helped the curators at the Museum of Applied Arts and Sciences in Sydney find and collect the red egg shown at top. It dates from the early 1960s and was used to demonstrate flight-recorder functions to airline staff. Sections of the front and back have been cut away to reveal the inner mechanism.

In 1963, Warren narrated this short film describing how the flight data recorder worked:

Meanwhile, Australia became the first country to mandate both data and voice recordings on all aircraft, in January 1963. A judge ordered the move after a fatal crash in Queensland in 1960. The United States passed its first black-box rules in 1964, to go into effect three years later. And the United Kingdom phased in its requirements beginning in 1965.

Warren died in 2010, and most of his obituaries credit him as the inventor of the black box. Which he was. But regular readers of this column will know by now that “first” is a difficult claim to prove, especially when work is being done secretly by the military during wartime. The cavity magnetron, for instance, was developed by the British during World War II. But it was also developed in the United States, the Soviet Union, Japan, and elsewhere around the same time.

In the case of the flight data recorder, several other people also have a reasonable claim to being the inventor. Well before Warren spotted the Minifon, François Hussenot and Paul Beaudouin, working at the Marignane Flight Test Center in France in 1939, developed a device that recorded flight data on photographic film. Meanwhile in England, Len Harrison and Vic Husband built a recorder that used a stylus on copper foil to record instrument and aircraft control data, but not voices. Finnish aviation engineer Viejo Hietala created a recorder in 1942 that he nicknamed the Mata Hari. And the U.S. Air Force used magnetic wire to record conversations onboard a B-17 bomber flying over Nazi-occupied France.

In the early 1950s, James Ryan, a professor of mechanical engineering at the University of Minnesota, had a partnership with the mechanical division of General Mills to develop a flight recorder. Ryan’s machine, which he dubbed a VGA Flight Recorder, inscribed the aircraft’s changes in velocity, gravitational forces, and altitude on a strip of aluminum. He filed for a U.S. patent on 4 August 1953, and it was granted on 8 November 1960. General Mills sold the VGA to Lockheed Aircraft Co. (Fun fact: Ryan also invented the retractable seat belt and was an advocate for automobile safety.)

Meanwhile in Canada, at the National Aeronautical Establishment’s Flight Research Laboratory, Harry Stevinson tackled the problem of finding downed planes and survivors in snow and challenging terrain. He began working on his Crash Position Indicator in the late 1940s and continued to improve it through the 1960s. The CPI was a radio beacon that would be ejected from the aircraft as it went down and send a distress signal to help recovery crews narrow the search. The U.S. Air Force used it extensively during the Vietnam War. The beacon also aided in the recovery of the flight recorder, once those became mandatory. Interestingly, modern flight data recorders are required to have an underwater locator beacon that pulses once per second at 37.5 kilohertz for 30 days and is supposed to be detectable at depths of at least 14,000 feet (4,267 meters). But they don’t have comparable beacons for crashes on land.

The flight data recorder seems like such a logical invention, it’s no wonder so many engineers were working on variations of it around the world at more or less the same time. These days, the device’s universal adoption means that in the aftermath of a crash, everyone waits for the recovery of the unit to try to make sense of the tragedy. But sometimes the units are never recovered, as was the case with Malaysian Air Flight 370, which crashed in the Indian Ocean in March 2014. Now there are calls to improve on the black box, such as having aircraft transmit flight data directly to the cloud, as Krishna M. Kavi wrote about in his 2010 article for IEEE Spectrum, “Beyond the Black Box.” Airplanes may be one of the safest forms of transportation, but that doesn’t mean we should ever stop trying to make them safer. 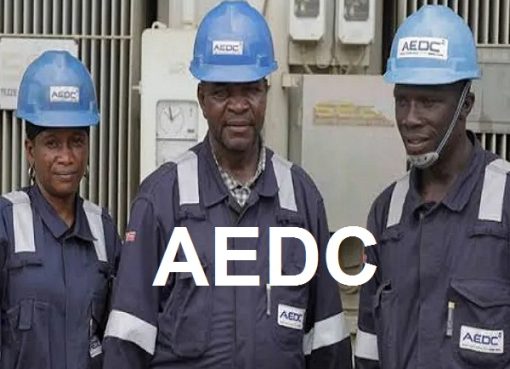 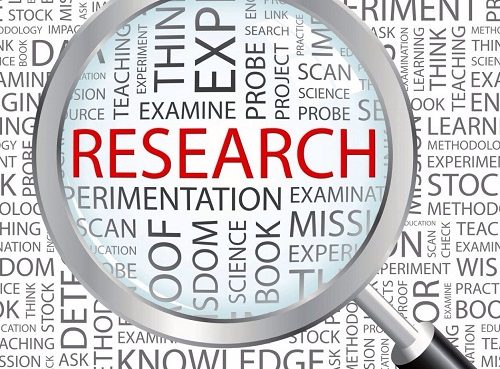 Who Is Researching In Nigeria? 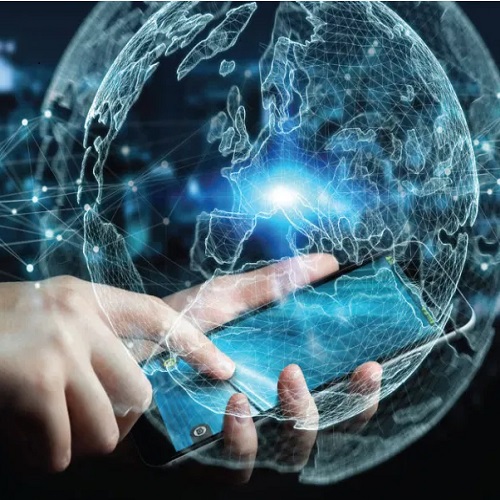