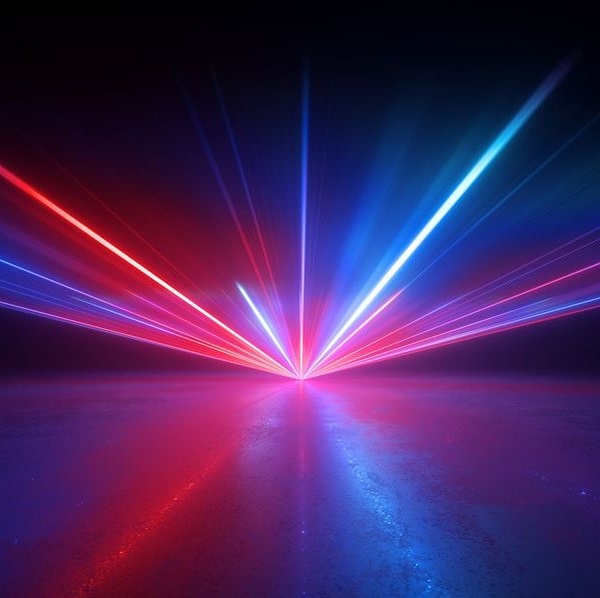 Tractor beams make intuitive sense. Matter and energy interact with each other in countless ways throughout the Universe. Magnetism and gravity are both natural forces that can draw objects together, so there’s sort of a precedent.

But engineering an actual tractor beam is something different.

A tractor beam is a device that can move an object from a distance. The idea comes from a 1931 sci-fi story called SpaceHounds of IPC:

If science fiction had anything to say about it, tractor beams would already be commonplace, and we could thank Star Trek and Star Wars for their proliferation.

But tractor beams do already exist, though their reach is only microscopic.

Microscopic tractor beams are employed in devices called optical tweezers. Optical tweezers use lasers to move microscopic objects like atoms and nanoparticles. They’re used in biology, nanotechnology, and in medicine.

Now a team of researchers has successfully demonstrated a macroscopic tractor beam. They published the paper explaining their work in the journal Optics Express. Its title is “Macroscopic laser pulling based on the Knudsen force in rarefied gas,” and the lead author is Lei Wang from QingDao University of Science and Technology in China.

“In previous studies, the light-pulling force was too small to pull a macroscopical object,” said Wang.

“With our new approach, the light pulling force has a much larger amplitude. In fact, it is more than three orders of magnitudes larger than the light pressure used to drive a solar sail, which uses the momentum of photons to exert a small pushing force.”

This macroscopic tractor beam only works under particular laboratory conditions, so it’s a demonstration, not a practical development. At least not yet.

First of all, it works on purpose-built things: macroscopic graphene-SiO2 composite objects that the researchers built for the experiments.

Secondly, it works in a rarefied gaseous environment, which has a much lower pressure than Earth’s atmosphere. While that limits their effectiveness here on Earth, not every world has as much atmospheric pressure as our planet.

“Our technique provides a non-contact and long-distance pulling approach, which may be useful for various scientific experiments,” said Wang.

“The rarefied gas environment we used to demonstrate the technique is similar to what is found on Mars. Therefore, it might have the potential for one day manipulating vehicles or aircraft on Mars.”

Their device works on the principle of gas heating. A laser heats the composite objects, but one side is hotter than the other. Gas molecules on the back side receive more energy, which pulls the object. Combined with the lower pressure in the rarefied gas environment, the object moves.

The researchers built a torsional – or turning – pendulum device made from their graphene-SiO2 composite structure to demonstrate the laser-pulling phenomenon. That demonstration made it visible to the naked eye. They used another device to measure the effect.

“We found that the pulling force was more than three orders of magnitudes larger than the light pressure,” said Wang. “In addition, the laser pulling is repeatable, and the force can be tuned by changing the laser power.”

Other researchers have tackled tractor beams in recent years with mixed results. NASA was interested in pursuing the idea of using tractor beams to gather samples with the MSL Curiosity surface rover. One of Curiosity’s instruments is the ChemCam.

It includes a laser that vaporizes rock or regolith and then a micro imager to measure its components spectroscopically. But NASA wondered if a tractor beam could draw tiny particles from the vaporized sample into the rover for a more complete study.

A NASA NIAC presentation from 2010 said: “If Tractor Beam Technology was included in a ‘ChemCam2’ to pull in dust and plasma particles, tractor beams could add a suite of additional science capabilities:

Construction Of Nigeria’s First Commercial Gold Mine Begins In Osun