Nigeria lost $416.224 million, about N127.78 billion to gas flaring in the first five months of the year, as oil and gas companies operating in the country flared a total of 130.07 billion standard cubic feet of gas from January to May 2018.

According to data obtained from the Nigerian National Petroleum Corporation’s (NNPC), May 2018 Monthly Financial and Operations Report, 10.64 per cent of total gas produced in the five-month period was flared.
Specifically, a total of 1.222 trillion standard cubic feet, SCF, of gas was produced in the period under review, out of which 500.06 billion SCF was non-commercialised.
On a month-on-month basis, a total of 31.68 billion SCF, 27.25 billion SCF, 26.88 billion SCF, 23.06 billion SCF and 21.20 billion SCF for January, February, March, April and May 2018 respectively.
Data obtained from the NNPC puts the price of natural gas at $3.20 per 1,000 SCF, therefore, using the Central Bank of Nigeria’s (CBN), exchange rate of N307 to a dollar, the flaring of 130.07 billion, translates to loss of N127.78 billion to the country.
Under the non-commercialised gas segment, the NNPC report stated that 315.9 billion SCF of gas was re-injected; 54.11 billion SCF was used as fuel gas, while 130.07 billion SCF was flared.
In the commercialised gas segment, the report disclosed that total domestic gas supply for the five month period stood at 187.81 billion SCF, while total export gas stood at 534.27 billion SCF.
In particular, 119.55 billion SCF of gas was supplied to the power sector; 68.27 billion SCF was supplied to industries; while in the export category, 8.65 billion SCF and 31.43 billion SCF was exported through the West African Gas Pipeline, WAGP, and Escravos Gas to Liquid project respectively.
In addition, 13 billion SCF was exported as Natural gas Liquids/Liquefied Petroleum Gas, while 481.17 billion SCF was exported through the Nigerian Liquefied Natural Gas (NLNG).
The report added that: “Total gas supply for the period May 2017 to May 2018 stood at 3.121 trillion SCF out of which 463.85 billion SCF and 1.363 trillion SCF were commercialised for the domestic and export market respectively. Gas injected, fuel gas and gas flared stood at 1.294 trillion SCF.”
The NNPC report further noted that the country recorded total gas sales proceeds of $608.73 million, with $130.99 million, $101.05 million, $153.81 million, $161.18 million and $61.70 million recorded in January, February, March, April and May 2018 respectively.
In the addition, the report disclosed that the country recorded total gas proceed receipts of $565.83 million from the NLNG, EGTL, NGLs and N-GAS, with $113.14 million, $87.42 million, $137.93 million, $151.69 million and $75.65 million recorded in January, February, March, April and May 2018 respectively.
In addition, the NNPC report said: “Total export crude oil and gas receipt for the period May 2017 to May 2018 stood at $4.91 billion. Out of which the sum of $3.52 billion was transferred to Joint Venture (JV), Cash Call as first line charge and the balance of $1.40 billion was paid into the Federation Account.”
Legislation Meanwhile, the Senate Committee on Gas has assured Nigerians that the Gas Flaring Prohibition Bill would be passed to law before end of the year. Senator Bassey Albert, the chairman, of the committee hinted this in Lagos when he led his members on oversight functions to the Department of Petroleum Resources (DPR). He said the bill is currently on third reading and would be giving accelerated attention to enable it come to fruition.
He explained that the bill when passed, would eliminate gas flaring and put punitive measure against perpetrating the act by increasing the penal fees paid by seeing companies from N10 per 1,000 Standard Cubic Feet (SCF) of gas to three dollar 50 cent per 1,000 SCF of gas. Albert expressed the National Assembly’s support for the 2020 final elimination of gas flare out date but expressed the need for Nigeria to be pragmatic on the new date.
He also expressed discontent over the manner gas resources are being treated like by-product, saying there was need for paradigm shift on the part of the country to see gas as economic enabler.
The legislator said the Senate is not resting on its oars to ensure that all the grey areas spotted by the President in the botched Petroleum Industry and Governance Bill are addressed and resent to him for final assent.

He promised that the Senate will look at the other legs of the Petroleum Industry Bill (PIB), as part of its contribution to ensure a robust oil and gas industry in Nigeria. To him, the DPR has not fared bad in playing its watchdog role in the industry and assured that through its oversight functions the Senate would collaborate with the agencies to nip in the bud challenges militating the delivery of its mandate.

In his remarks, the Acting Director of the DPR, Alhaji Ahmed Shakur, commended the Senate for its robust contribution and eventual submission of the Petroleum Industry Bill (PIGB) to President Muhammadu Buhari. Shakur said the role played by the Senate in the PIGB showed that it was committed to ensuring the entrenchment of robust oil and gas laws in the country. He also commended the lawmakers for the oversight visit, saying the DPR has always seen them as a partner in progress and assured that the agency would not derail in entrenching standards in the nation’s oil and gas sector.

He also told the visiting senators that the agency is committed to dedicated gas exploration, grow gas reserves to meet domestic and export needs.
The director added that the agency has embarked on aggressive campaign for the elimination of gas flaring in Nigeria by 2020, as well as meeting the target of 200trillion cubic feet of gas by same year, which he said the agency has met in 2018.
FG threatens Already, the Minister of State for Petroleum Resources, Dr Ibe Kachikwu, has said the Federal Government will from 2019 commence the revocation of the licences of oil companies that fail to stop gas flaring in their operations in the country.
Kachikwu made this known while speaking at the 2018 Buyers’ Forum/Stakeholders’ Engagement organised by the Gas Aggregation Company of Nigeria in Abuja on Monday. He said the Federal Government had been locked in a battle with upstream oil companies over the issue of gas flaring. He noted that the Federal Government was keen on ending gas flaring, but oil companies still give lot of reasons why gas flaring cannot be ended.
“Government wants to end flare; oil companies still give lot of reasons why flare cannot be ended. Bottom line is cash call and money. But the reality is that whether or not we deal with cash call issues, it is not an optional agenda, it is a compulsive immediate agenda.
It is destructive to the populace; it is intolerable in developed country and it should not be tolerated here either.” He added: “And I have said to the Department of Petroleum Resources (DPR), beginning from next year, we are going to get quite frantic about this and companies that cannot meet with extended periods the issue is not how much you pay in terms of fines for gas flaring, the issue is that you would not produce. We need to begin to look at foreclosing of licences.”
READ ALSO  21st Century, Siemens Energy Sign Deal To Build Turbine Power Plant
Source: .Vanguard 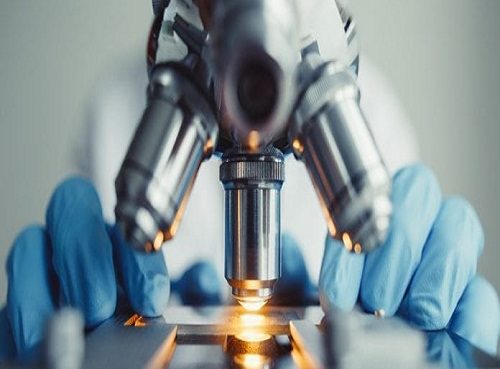 What’s Next For The Biotechnology Market?