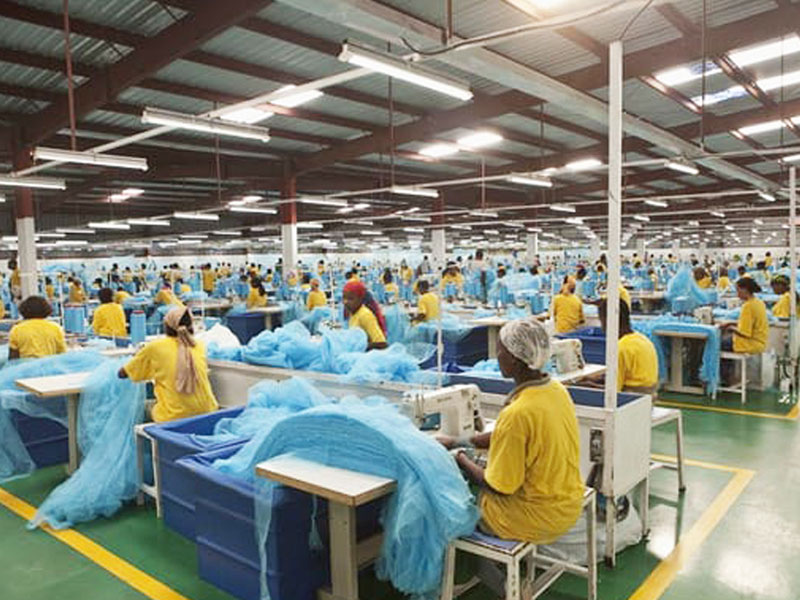 Despite promises to revitalise the Nigerian textile sector which holds numerous potential for the economy, the sector has continued to perform below expectation.

The sad reality however is that the country relies more on imported fabrics while the once vibrant industry is facing near extinction. The textile industry particularly attracts serious public debate basically because of the pivotal role it played in stemming the tide of unemployment between late 1950s and early 1990s.

The minister of state for Industry, Trade and Investment, Hajiya Aisha Abubakar, who is also the chairperson of the Committee on Resuscitation of the Cotton, Textile and Garment Industry, recently pointed out that between N500 billion to N1 trillion was needed for a complete turnaround of the sector.
According to her, although the sector had been through several reforms, a lot of issues remained unsolved.

The main objective or thrust of these reforms was aimed at strengthening competitiveness and improving product quality. The many attempts on the resuscitation of the textile industry failed due to the fact that the industry is saddled or burdened with a number of legacy issues,” she said.

The financing aspect, for example, which was singly addressed by the previous administration only served to increase their indebtedness to the banks.

There is no linkage within the value chain nor do the sector players even play among themselves.

Apart from the infrastructure challenges, majorly with the high gas price, diesel and insufficient supply of low fuel pour oil; there are issues of distrust and insincerity across the line, low patronage, inadequate quantity and quality for supplies, the smuggling of fabrics and availability of cheaper options and so many more.

The first modern textile industry in Nigeria, the Kaduna Textile Mill, started production in 1956. The primary reason for setting up the mill was to process the cotton being produced at the time, in the northern part of the country. By the 70s and the 80s, the Nigerian textile industry had grown to become the third largest in Africa.

A report by the United Nations University (UNU) for instance, had stated in 1987, there were 37 textile firms in the country, operating 716,000 spindles and 17,541 looms. This was the golden period of Nigeria’s textile industry.

Sadly, this once cherished national cash cow has now collapsed due to a number of factors.

The premise for this analysis is not unconnected to the fact that in any economy, one of the indices used in judging growth is primarily based on the producing power of that country. Industries form the bulk of these indices.

In Nigeria for instance, more than 80 per cent of all finished consumer products are imported.

Back then, the Multi-Fibre Arrangement (MFA) was a system of quota that could be imposed by developed countries on the amount of textile products that developing countries could export.

This was interpreted largely as a protection of developed countries’ textile industries from China.

The MFA was replaced by the WTO’s Agreement on Textiles and Clothing (ATC) in 1995.

Under these agreements, the textile industry was brought into full compliance with the General Agreement on Tariffs and Trade (GATT) rules, and all quota restrictions were rolled back.

The quota restrictions were not applicable to some countries, one of which was Nigeria.
In this instance, a renowned textile merchant, Iyabo Folawiyo, told THISDAY that the decline of the textile industry was as a result of the hasty accession of Nigeria to the WTO in 1995.

According to her, in accordance with WTO rules, Nigeria had to remove any protection of the local textile industry, among others.

He argued that it would have been better for the country to secure special arrangements with the WTO, such that the local textile industry would be protected until it was surer on its feet.

Before the expiration of MFA, the United States introduced the African Growth and Opportunity Act (AGOA), an initiative that opened up the American market to African countries.

Textile industry, which is basically powered by quality electricity, is a tremendous source of employment. It can absorb millions of persons, if and or when it is functional. It has prospects to generate foreign exchange thereby mopping up revenue for the federal and state governments.

This is true when other African countries begin to depend on Nigeria for the supply of clothing materials for their fashion businesses and other purposes.

Gone are the days when Nigerians embraced the products of the likes of International Textile Industry (I.T.I) at Mushin, Lagos, Texlon at Amuwo Odofin, Enpee at Oshodi, Aswani at Isolo, Boujson Mercedes at Oyingbo, Sunflag at Surulere, Five Star at Isolo and many others. Virtually all the above mentioned textile companies except one have stopped production of clothing materials but re-versified to other businesses.

According to a report by the Oxford Business Group (OBG), given the role (MFA) played in relation to employment, the development of a local supply chain and the fulfilment of the government’s import substitution policies, revitalising the sector is a priority.

The OBG noted that the sector’s impact on job creation may not be as significant as it was during the peak of Nigeria’s textiles sector in the 1980s, as mechanical automation and improvements in technology have meant that fewer workers are needed.

However, the sector has been identified a chief area of light manufacturing under the government’s Economic Recovery and Growth Plan.

The country is hoping to attract $1.9bn in investment by 2019, and believes it could capture the N3.2 billion ($11.3m) in annual value that now goes to import markets.

Nigeria currently has 25 textile mills, which run at a sector average of 40 per cent capacity and employ around 25,000 people in total. While these numbers are down from the late 1980s, when the sector comprised 180 mills and a 350,000-strong workforce, the belief that growth can return to the sector rests on the country’s abundant supply of raw materials.

Cotton grows in 26 of Nigeria’s 36 states, and West Africa is the fifth-largest producing region globally. Local cotton prices are around half the cost of those from the three largest growing countries – the US, China and India, as production is dominated by small-scale farmers in West Africa, which gives buyers leverage in price setting.

Among the categories of textile products that the domestic industry could most readily compete is print fabrics. Rolls of bright, patterned cloth have a huge market in Nigeria and across Africa, where they are made by hand into ready-to-wear clothing.

As it stands now, Chinese imports currently account for 60 per cent of the print fabric market in Africa, with India supplying an additional 21 per cent. West Africa itself is a large market for prints and buys around 65 per cent of all foreign imports. Nigerian demand accounts for around 38 per cent of total imports in the region.

With Nigerian cotton potentially coming at a cost of less than half of that for Chinese or Indian alternatives, there is a competitive advantage for local production, particularly since cotton accounts for 40 per cent of the cost of production of print fabric.

Equally crucial for local producers, Nigeria has low-tariff access to 130m consumers in the West African region through its membership in ECOWAS. The bloc has established a common external tariff among its 15 member countries, with different rates for textile products, depending on whether they are finished, and intermediate goods,” the OBG report stated.

Furthermore, the report noted that tapping into Nigeria’s competitive advantages would not be without its challenges.

Electricity counts for about 15 per cent of production costs due to inconsistent power supply, which leads manufacturers to rely on more-expensive backup generators.
The current currency crisis is another challenge. A ban on imported textiles in place since 2010, while nominally beneficial for the sector, also encourages informal market activity, and smuggled products account for an estimated 85 per cent of fabric sold in the country. As is the case in so many sectors in Nigeria, one of the key constraints facing textile producers is financing, without which capital expansions are unlikely.
In 2009, the previous administration created N100 billion ($353.4m) textile fund that made financing available at a six per cent interest rate.
To address the issues facing foreign investors, the government is offering a package of incentives, including tax-free imports of equipment and inputs to 2019, as well as a three-year tax holiday.
Additionally, preferential treatment in the procurement process is being provided, which means that these investors will have first access to potentially lucrative government contracts for state-run schools, as well as the military,” it added.
Source:This Day
0
0 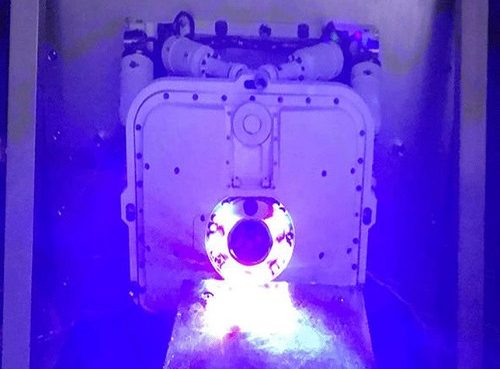 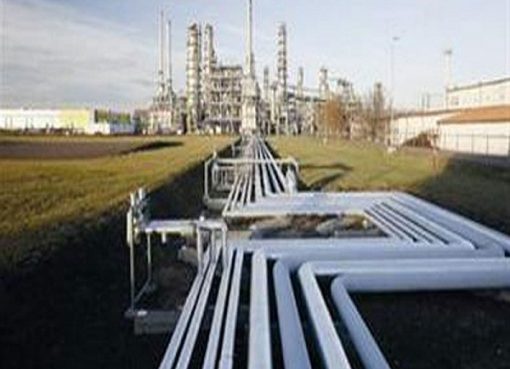 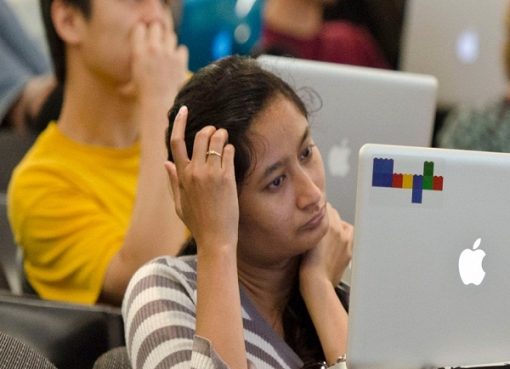 A New Project Seeks To Incorporate Ethical Thinking Into Computing