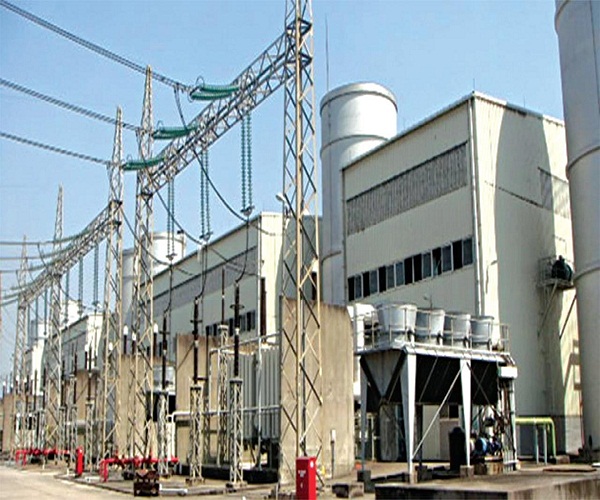 The National Integrated Power Project (NIPP) is the largest single intervention in power infrastructure in Africa and the implementation has not been without challenges. The Niger Delta Power Holding Company (NDPHC), owner of the projects, has also seriously confronted the challenge of inadequate power generation capacity in Nigeria.

Nigeria’s power sector is crisis, as there is inadequate electricity supply to domestic households and industrial producers despite the potential of the economy , which has some of the world’s largest deposits of coal, oil and gas and the country’s status as Africa’s largest oil producer.
Currently only 40 per cent of Nigeria’s population is connected to the energy grid whilst power supply difficulties are experienced around 60 per cent of the time. At best, average daily power supply is estimated at four hours, although several days can go by without any power at all.

Power supply difficulties cripple the agricultural, industrial and mining sectors as well as impede Nigeria’s ongoing economic development. The energy supply crisis, which is complex, stems from a variety of issues and has been ongoing for decades. Most Nigerian businesses and households that can afford to do so run one or more diesel-fueled generators to supplement the intermittent supply.

Since 2005, Nigerian power reforms have focused on privatizing the generation, distribution assets and encouraging private investment in the power sector. The government continues to control transmission assets whilst making “modest progress” in creating a regulatory environment attractive to foreign investors. Minor increases in average daily power supply have been reported.

The NDPHC’s pleas
NDPHC in its first phase of operations was mandated to deliver power nationwide through massive gas-fired power plants. It has gone further ahead in its phase II and also succeeded in building thousands of kilometers of transmission lines across the country; building thousands of kilometers of distribution lines and support substations; building gas pipelines that will supply gas to these power stations to realize generation targets.

The NIPPs, the monitor shows has grown Nigeria’s generating capacity by about 60 per cent within the 13 years of its existence, contributing over 35 per cent of the current installed capacity. Its relatively self-effacing modus operandi since its inception, has not limited its meeting 80 per cent of its targeted capacity. Eight functional out of 10 NIPP power plants; along with associated gas transmission metering; adding huge MVA capacity to the national grid, have been achieved.

This is definitely a concrete contribution to the nation’s supply of electricity. All these were achieved despite the fact that power generation is often disrupted by acts of vandalism on gas pipelines and transmission lines. Also, that the NDPHC is owed an accumulated debt of over N94billion by the electricity market.

The NDPHC has completed 2,194km of 330kV transmission lines and 809km of 132kV transmission lines. This represents an increase of 46 per cent and 13 per cent respectively over the pre-NIPP status of grid infrastructure. A total of 10 new 330/132kV substations and seven new 132/33kV substations have also been completed with several other existing substations significantly expanded thereby adding 5,590MVA and 3,313MVA capacity to the national grid – the statistics of NIPP contribution to overall transmission system with transformation capacity is progressively increasing each day, as the balance of the projects are being delivered.

With regards to distribution infrastructure – the NDPHC has constructed and commissioned over 350 injection substations with a combined capacity of 3,540MW across the length and breadth of this country. The NDPHC has further constructed a total of 2,600km of 11kV and 1,700km of 33kV distribution lines for improving access to electricity and quality of power supply to consumers.

The nation’s distribution capacity has also been enhanced by the installation of 25,900 completely self-protected (CSP) transformers all over the country thereby significantly reducing technical losses. Under the NIPP program, the capacity of 33/0.415kV and 11/0.415kV has been increased by 26 per cent. The NIPP is designed to increase the number of 33/0.415kV & 11/0.415kV substations by 163% all the projects are nearing completion.

Beginning of issues
The NDPHC was formed in 2005 as the legal vehicle to implement the National Integrated Power Projects (NIPP) using private sector-orientated best business practices. Under phase 1 of the NIPP, the NDPHC built 10 thermal Plants close to source of natural gas supply in the Niger Delta and some locations in the West. Under phase 11, it was to further strengthen Nigeria’s transmission infrastructure, build hydropower Plants in the North and move into the utilization of alternative sources of power generation including renewables. It has been religiously following this corporate mission.
With an overall level of completion of projects in excess of 80 per cent, the balance of which are on the verge of completion, the NDPHC said that it had definitely delivered on large parts of its phase 1 & II mandates of providing robust power generation, transmission and distribution infrastructure for the nation. Not a bad track record for NIPP.

Power throughput
The power throughput in Nigeria remains at about 12GW at generation level, 5.5GW at transmission level and about 5GWat distribution level, a situation that has restricted the improvement of service delivery at the last mile to consumers. In recognition of the subsisting gaps in power infrastructure, the NDPHC looks forward to completing its mandate by doing a lot more for Nigeria under NIPP phase II.

The nation will fully benefit from a world-class transmission infrastructure and a more diversified generation-mix underpinned on the utilization of alternative sources of power generation including renewables. Under phase II and to boost the federal government policy on escalating renewable energy opportunities through dependable solar alternative, the NDPHC has officially commenced a partnership with Azuri, a company with track record of success in its operations in East Africa. This partnership flagged off at Wuna village in the FCT, Abuja and is a part of the Presidential Initiative on Rural Solar Home Lighting Systems.

The NDPHC is actively involved in this presidential initiative where at it’s beginning, 20,000 units of solar home systems are now being deployed in under-served rural areas with no access to the national grid. Most rural dwellers in Nigeria have relied on kerosene lanterns and candles for their energy needs for decades, but this clean energy initiative, which apart from creating jobs and enabling solar installers and agents, will definitely boost general economic activities in the communities and make life more worth living. New small businesses will open and students can make better use of their nights.

Solar power with its cheap, easy to deploy effectiveness can help millions to afford stable power supply through good payments schemes. It is this initiative that the NDPHC has actively commenced. In a continent where more than half of the world’s total population without electricity live, this NDPHC phase 11 project will definitely reduce the number of Nigerians whose productivity level have been cut down due to absence of energy. The company has keyed into the federal government’s ambitious renewable energy policy, which aims to increase energy production from renewable sources from 13 percent of total electricity generation in 2015 to 23 percent in 2025.

Sill
Still under this phase, the NIPP will further close the infrastructure deficit arising from the continued growth of the economy and gaps associated with other critical stakeholders in the power value chain. NIPP plans to fund these newly proposed projects either from proceeds of the ongoing divestment of 80 per cent equity in NDPHC generation subsidiaries or by leveraging on the company’s significant balance sheet to attract the much needed foreign as well as local capital.

Only few companies in Africa can boast of an asset base in excess of $8billion– and a much higher valuation when a financial close is achieved on the transaction. It is noteworthy to report that the sum of US$5.7billion offered for the acquisition of the NDPHC 80 per cent equity power plants is well in excess of the amount expended in building the plants, thus an affirmation that the NIPP procured its assets with duty of care and due consideration for value for money.

Last line
The NDPHC will continue its march to attain stable electric supply for Nigerians. It is using every available means to raise the generation, transmission and distribution of power supply on the principle of best services. The character of the developments made during this present administration demonstrates that the policy of the present administration is dominated by public rather than private interest. This great nation, through its federal, states and local governments, set up NDPHC, the biggest power intervention Initiative in Africa, to fast-track the delivery of power supply. It is this vision that NDPHC is pursuing relentlessly. Nigeria’s sovereignty over its natural resources and of note, its vast gas resources has been harnessed by the NDPHC and is now moving into solar energy for Nigerians. It is the duty of the NDPHC to see that our natural assets are transferred into usable electrical energy and distributed at the lowest possible cost. Stable energy will be of incalculable value to this country. 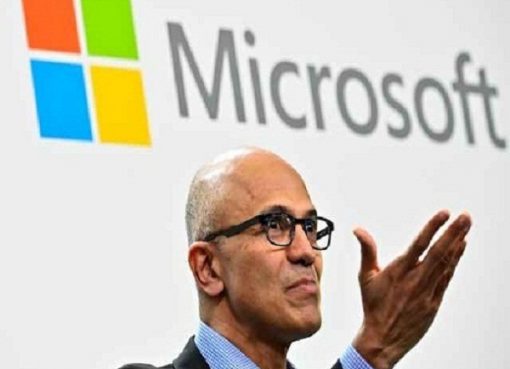 Microsoft Takes Malicious Botnet Down After Years Of Tracking 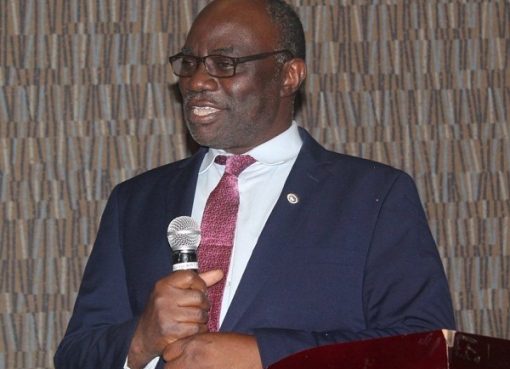 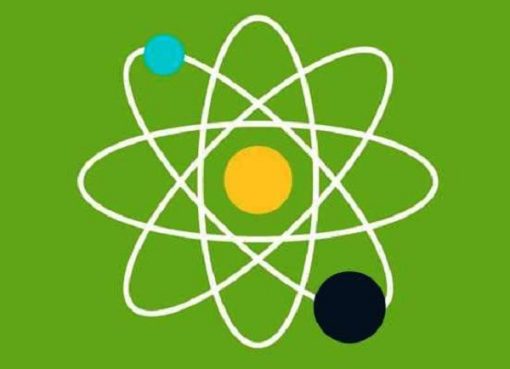