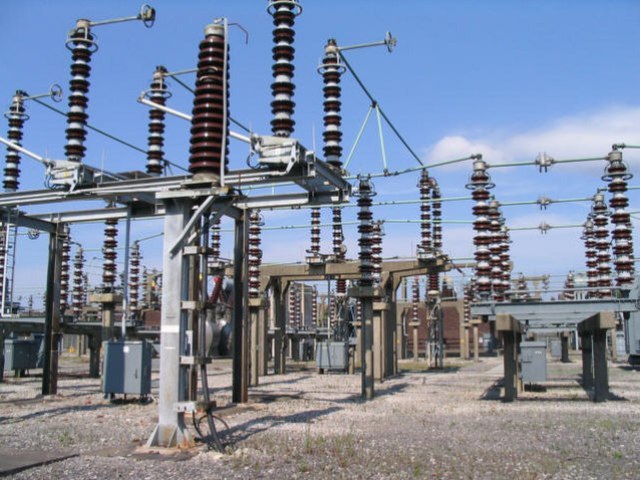 For millions of power consumers in Nigeria, year 2018 can be described as one of dashed hopes and failed expectations as energy vendors battled to survive the daunting economic hardship.

While it can be said that the Federal Government achieved some momentum of progress in a few critical areas of the sector, several other areas are still gasping for breath occasioned by poor policy implementation, delay in arriving at policy decisions and a general lackadaisical attitude on the part of government.

One of the major upsets for stakeholders in the energy sector in 2018 was the refusal of President Muhammadu Buhari, to assent to the Petroleum Industry Governance Bill (PIGB). The bill was expected to have provided a direction for the sector through increased investments. But the President’s refusal to initial it sterilised billion of potential investment inflow into the sector and the country as a whole.

The gas industry equally witnessed a major setback in 2018, as the much anticipated Final Investment Decision for the $4.3 billion Nigerian Liquefied Natural Gas (NLNG) Limited Train 7 earlier scheduled for December failed to hold.

On the other hand, government was able to finalise talks on the Nigerian Gas Flare Commercialisation Programme (NGFCP), an initiative aimed at discouraging gas flaring and incentivization.

Currently, investors have been called upon to make tenders on how to harness the huge potential capable of generating revenue and jobs.

For the country’s downstream sector, the N800 billion debt owed oil marketers by the Federal Government has resulted in setbacks for the industry as massive job and asset losses were being recorded.
Date shifts for NLNG Train 7 FID

Similarly, the Final Investment Decision (FID) for Train – 7 of the Nigeria Liquefied Natural Gas (NLNG) Limited expected to take place this month has failed to happen.

The NLNG Train-7 project plans to expand the company’s production capacity from 22 million metric tonnes per annum (mtpa) to 30mtpa.

Sources close to the deal said reason the exercise will not take place until after the completion of the Front End Engineering Design (FEED) which is expected to give investors a fair idea of what would be needed financially to complete the project.

Managing Director of NLNG Limited, Mr. Tony Atah, had recently said the delay in the development of Train-7 of the company stifled the nation’s rating among global gas producers.

He, however, expressed optimism that Nigeria would soon improve its bid to catch up with bigger gas producing nations when the NLNG Train7 development is completed and eventually comes on stream as stakeholders negotiate the Nigerian Content in the Train7 project.

In July, The Nigerian National Petroleum Corporation (NNPC) Shell, Total and Eni signed the FEED design contract of the Train 7 of NLNG.

The contract which was signed in London also witnessed the commemoration of the repayment of $5.45bn loan for Trains 1 to 6 by the NLNG shareholders.

After, almost 18 years of being in the works without clear consideration by successive governments and the legislature, President Muhammadu Buhari, late April, finally received the harmonised copy of the Petroleum Industry Governance Bill (PIGB) from the National Assembly for assent into law.

READ ALSO  What Might Be accelerating The Universe’s Expansion?

Industry sources claim that the failure of the President to assent to the bill has trapped about N2.2 billion invested in oil blocks appraisal.

But, in a dramatic twist and contrary to industry expectations, President Muhammadu Buhari, failed to assent to the much awaited PIGB to become a law, thus trapping about N2.2 investments in oil blocks.

The Senior Special Assistant to the President on National Assembly Matters (Senate), Ita Enang, had identified the provision of the PIGB permitting the Petroleum Regulatory Commission to retain as much as 10 per cent of the revenue generated as one of the reasons President Muhammadu Buhari declined assent to the bill.

He said the President’s position was that the provision unduly increased the funds accruing to the commission to the detriment of the revenue available to the federal, states, Federal Capital Territory and local governments in the country.

He said while it was true that the President had declined his assent to the bill, the reasons being adduced in the media for the decision were not true.

The presidential aide said although it was unconventional to disclose the content of the executive’s communication to the legislature before its reading on the floor of the National Assembly, he took the liberty to make the clarification because of the reports.

Enang said, “By presidential communication of July 29, 2018 (one month ago) addressed to the Senate and House of Representatives, Mr President did communicate decline of assent to the Petroleum Industry Governance Bill 2018 for constitutional and legal reasons stated therein.

“By convention, it is inappropriate to speak on the content of Executive communication addressed to the legislature until same has been read on the floor in plenary.
FG’s ‘No-gas flare policy on course’

The Nigerian gas Flare Commercial Programme (NGFCP) is a special programme domiciled in the Ministry of Petroleum Resources. It was established to implement the National Gas Policy commitment for stricter regulation of flaring under the “7 Big Wins” and a pathway to ultimate flare-out.

But, beyond slamming penalties on companies involved in gas flaring, the Federal Government has decided to convert the monumental waste of natural resources to wealth through the implementation of the Nigerian Gas Flare Commercialisation Programme (NGFCP) which is a component of the 7-Big Wins of the Ministry of Petroleum Resources.

Specifically, the government has ratified the Paris Climate Change Agreement, and recently became a signatory to the Global Gas Flaring Partnership (GGFR) principles for global flare-out by 2030 whilst committing to a national flare-out target by year 2020.

Furthermore, in recognition that flared gas could be harnessed to stimulate economic growth, drive investments and provide jobs in oil producing communities and indeed for Nigerians through the utilisation of widely available innovative technologies, the Federal Executive Council (FEC) approved the NGFCP.

This programme was launched by the Minister of State for Petroleum Resources, Mr. Ibe Kachikwu, on December 13, 2016.

According to the Senior Technical Adviser on Upstream and Gas Policy to the Minister of State for Petroleum Resources and Chairman, Steering Committee, NGFCP, Mr.Gbite Adeniji, about $3.5 billion worth of investments is required to achieve the gas flare commercialisation targets by 2020.

The analysis also shows that with these investments pumped in to implement the NGFCP, huge social and economic benefits would accrue to host communities in gas-rich regions of the Niger Delta, investors and the national economy as a whole.

The failure of the Federal Government to settle the N800 billion subsidy debt owed petroleum marketers remained one of the challenges that confronted the downstream sector in 2018.
While the debt lingered, jobs were lost with several tank farms used as collateral taken over by Banks in exchange for monies owed them by marketers.

The marketers in a bid to get paid resorted to all manner of strategies which included a threat to shut down operations at all depots, a threat government was not comfortable with forcing them to hurriedly make provisions for about N236 billion through promissory notes.

The N236 billion payment was later learnt to have been rejected by the marketers as it remained a major disincentive to their operations because the value would not be received in full as Banks will further discount the amount.

“The only way to salvage the situation is for government to pay the oil marketers the outstanding debts through cash option instead of promissory note being proposed,’’.

The oil marketers have requested that forex differential and interest component of government’s indebtedness to marketers be calculated up to December 2018 and be paid within next seven days from the date of the letter sent to the government,’’ he said.

Adewole said that several thousand jobs were on the line in the industry, as oil marketers begin to cut-down their workforce due to inability to pay salaries.

“We affirm that of all stakeholders that participated in the Petroleum Subsidy Fund (PSF) scheme, DAPPMA has the largest debt exposure in the downstream sector. “DAPPMA has alerted the FG to this dire situation and specifically to the challenge our member companies face, which will lead to our inability to pay December 2018 salaries to our teeming work force.

We urge the DMO to process and pay marketers in cash for their outstanding forex differentials and interest component claims, together with the amount already approved by the Federal Executive Council (FEC) and the National Assembly.” 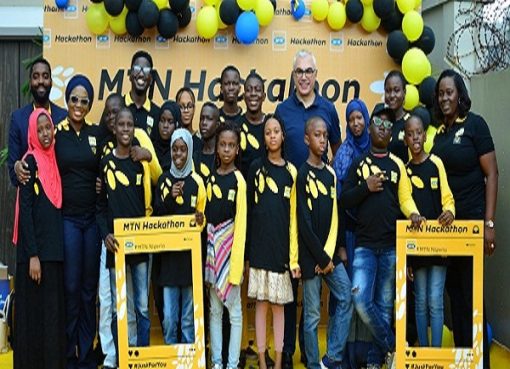 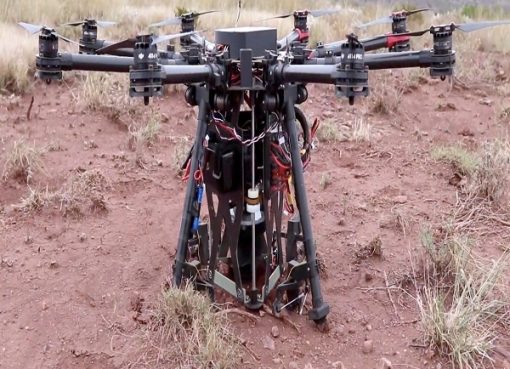 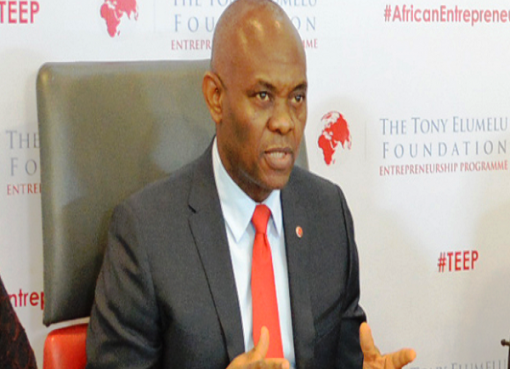