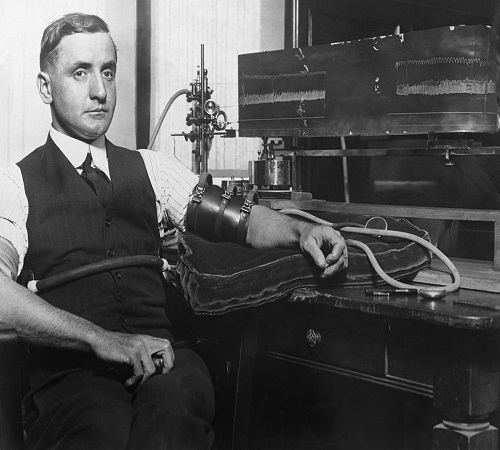 When Wonder Woman deftly ensnares someone in her golden lariat, she can compel that person to speak the absolute truth. It’s a handy tool for battling evil supervillains. Had the Lasso of Truth been an actual piece of technology, police detectives no doubt would be lining up to borrow it.

Indeed, for much of the past century, psychologists, crime experts, and others have searched in vain for an infallible lie detector. Some thought they’d discovered it in the polygraph machine. A medical device for recording a patient’s vital signs—pulse, blood pressure, temperature, breathing rate—the polygraph was designed to help diagnose cardiac anomalies and to monitor patients during surgery.

The polygraph was a concatenation of several instruments. One of the first was a 1906 device, invented by British cardiologist James Mackenzie, that measured the arterial and venous pulse and plotted them as continuous lines on paper. The Grass Instrument Co., of Massachusetts, maker of the 1960 polygraph machine pictured above, also sold equipment for monitoring EEGs, epilepsy, and sleep.

The leap from medical device to interrogation tool is a curious one, as historian Ken Alder describes in his 2007 book The Lie Detectors: The History of an American Obsession (Free Press). Well before the polygraph’s invention, scientists had tried to link vital signs with emotions. As early as 1858, French physiologist Étienne-Jules Marey recorded bodily changes as responses to uncomfortable stressors, including nausea and sharp noises. In the 1890s, Italian criminologist Cesare Lombroso used a specialized glove to measure a criminal suspect’s blood pressure during interrogation. Lombroso believed that criminals constituted a distinct, lower race, and his glove was one way he tried to verify that belief.

In the years leading up to World War I, Harvard psychologist Hugo Münsterberg used a variety of instruments, including the polygraph, to record and analyze subjective feelings. Münsterberg argued for the machine’s application to criminal law, seeing both scientific impartiality and conclusiveness.

As an undergraduate, William Moulton Marston worked in Münsterberg’s lab and was captivated by his vision. After receiving his B.A. in 1915, Marston decided to continue at Harvard, pursuing both a law degree and a Ph.D. in psychology, which he saw as complementary fields. He invented a systolic blood pressure cuff and with his wife, Elizabeth Holloway Marston, used the device to investigate the links between vital signs and emotions. In tests on fellow students, he reported a 96 percent success rate in detecting liars.

World War I proved to be a fine time to research the arts of deception. Robert Mearns Yerkes, who also earned a Ph.D. in psychology from Harvard and went on to develop intelligence tests for the U.S. Army, agreed to sponsor more rigorous tests of Marston’s research under the aegis of the National Research Council. In one test on 20 detainees in the Boston Municipal court, Marston claimed a 100 percent success rate in lie detection. But his high success rate made his supervisors suspicious. And his critics argued that interpreting polygraph results was more art than science. Many people, for instance, experience higher heart rate and blood pressure when they feel nervous or stressed, which may in turn affect their reaction to a lie detector test. Maybe they’re lying, but maybe they just don’t like being interrogated.

Marston (like Yerkes) was a racist. He claimed he could not be fully confident in the results on African Americans because he thought their minds were more primitive than those of whites. The war ended before Marston could convince other psychologists of the validity of the polygraph.

Across the country in Berkeley, Calif., the chief of police was in the process of turning his department into a science- and data-driven crime-fighting powerhouse. Chief August Vollmer centralized his department’s command and communications and had his officers communicate by radio. He created a records system with extensive cross-references for fingerprints and crime types. He compiled crime statistics and assessed the efficacy of policing techniques. He started an in-house training program for officers, with university faculty teaching evidentiary law, forensics, and crime-scene photography. In 1916 Volmer hired the department’s first chemist, and in 1919 he began recruiting college graduates to become officers. He vetted all applicants with a battery of intelligence tests and psychiatric exams.

Against this backdrop, John Augustus Larson, a rookie cop who happened to have a Ph.D. in physiology, read Marston’s 1921 article “Physiological Possibilities of the Deception Test” [PDF]. Larson decided he could improve Marston’s technique and began testing subjects using his own contraption, the “cardio-pneumo-psychogram.” Vollmer gave Larson free rein to test his device in hundreds of cases.

Larson established a protocol of yes/no questions, delivered by the interrogator in a monotone, to create a baseline sample. All suspects in a case were also asked the same set of questions about the case; no interrogation lasted more than a few minutes. Larson secured consent before administering his tests, although he believed only guilty parties would refuse to participate. In all, he tested 861 subjects in 313 cases, corroborating 80 percent of his findings. Chief Vollmer was convinced and helped promote the polygraph through newspaper stories.

And yet, despite the Berkeley Police Department’s enthusiastic support and a growing popular fascination with the lie detector, U.S. courts were less than receptive to polygraph results as evidence.

In 1922, for instance, Marston applied to be an expert witness in the case of Frye v. United States. The defendant, James Alphonso Frye, had been arrested for robbery and then confessed to the murder of Dr. R.W. Brown. Marston believed his lie detector could verify that Frye’s confession was false, but he never got the chance.

Chief Justice Walter McCoy didn’t allow Marston to take the stand, claiming that lie detection was not “a matter of common knowledge.” The decision was upheld by the court of appeals with a slightly different justification: that the science was not widely accepted by the relevant scientific community. This became known as the Frye Standard or the general acceptance test, and it set the precedent for the court’s acceptance of any new scientific test as evidence.

Marston was no doubt disappointed, and the idea of an infallible lie detector seems to have stuck with him. Later in life, he helped create Wonder Woman. The superhero’s Lasso of Truth proved far more effective at apprehending criminals and revealing their misdeeds than Marston’s polygraph ever was.

To this day, polygraph results are not admissible in most courts. Decades after the Frye case, the U.S. Supreme Court, in United States v. Scheffer, ruled that criminal defendants could not admit polygraph evidence in their defense, noting that “the scientific community remains extremely polarized about the reliability of polygraph techniques.”

But that hasn’t stopped the use of polygraphs for criminal investigation, at least in the United States. The U.S. military, the federal government, and other agencies have also made ample use of the polygraph in determining a person’s suitability for employment and security clearances.

Meanwhile, the technology of lie detection has evolved from monitoring basic vital signs to tracking brain waves. In the 1980s, J. Peter Rosenfeld, a psychologist at Northwestern University, developed one of the first methods for doing so. It took advantage of a type of brain activity, known as P300, that is emitted about 300 milliseconds after the person recognizes a distinct image. The idea behind Rosenfield’s P300 test was that a suspect accused, say, of theft would have a distinct P300 response when shown an image of the stolen object, while an innocent party would not. One of the main drawbacks was finding an image associated with the crime that only the suspect would have seen.

In 2002 Daniel Langleben, a professor of psychiatry at the University of Pennsylvania, began using functional magnetic resonance imaging, or fMRI, to do real-time imaging of the brain while a subject was telling the truth and also lying. Langleben found that the brain was generally more active when lying and suggested that truth telling was the default modality for most humans, which I would say is a point in favor of humanity. Langleben has reported being able to correctly classify individual lies or truths 78 percent of the time. (In 2010, IEEE Spectrum contributing editor Mark Harris wrote about his own close encounter with an fMRI lie detector. It’s a good read.)

More recently, the power of artificial intelligence has been brought to bear on lie detection. Researchers at the University of Arizona developed the Automated Virtual Agent for Truth Assessments in Real-Time, or AVATAR, for interrogating an individual via a video interface. The system uses AI to assess changes in the person’s eyes, voice, gestures, and posture that raise flags about possible deception. According to Fast Company and CNBC, the U.S. Department of Homeland Security has been testing AVATAR at border crossings to identify people for additional screening, with a reported success rate of 60 to 75 percent. The accuracy of human judges, by comparison, is at best 54 to 60 percent, according to AVATAR’s developers.

While the results for AVATAR and fMRI may seem promising, they also show the machines are not infallible. Both techniques compare individual results against group data sets. As with any machine-learning algorithm, the data set must be diverse and representative of the entire population. If the data is poor quality or incomplete or if the algorithm is biased or if the sensors measuring the subject’s physiological response don’t work properly, it’s simply a more high-tech version of Marston’s scientific racism.

Both fMRI and AVATAR pose new challenges to the already contested history of lie detection technology. Over the years, psychologists, detectives, and governments have continued to argued for their validity. There is, for example, a professional organization called the American Polygraph Association. Meanwhile, lawyers, civil libertarians, and other psychologists have decried their use. Proponents seem to have an unwavering faith in data and instrumentation over human intuition. Detractors see many alternative explanations for positive results and cite a preponderance of evidence that polygraph tests are no more reliable than guesswork.

Along the way, sensational crime reporting and Hollywood dramatizations have led the public to believe that lie detectors are a proven technology and also, contradictorily, that master criminals can fake the results.

I think Ken Alder comes closest to the truth when he notes that at its core, the lie detector is really only successful when suspects believe it works. 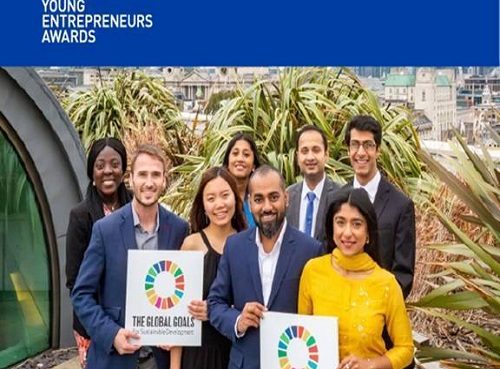 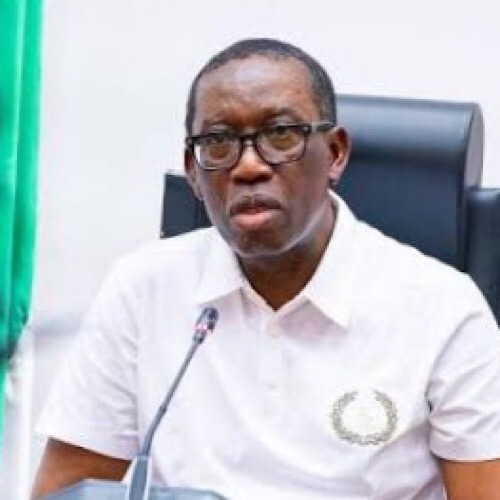 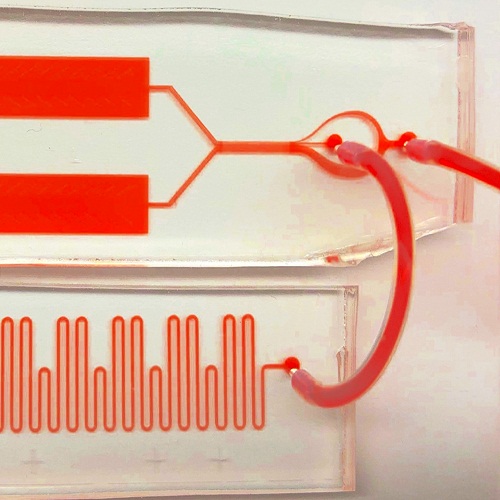