Skip to content
Home > Electrical/Electronics > Nuclear Theory: At The Very Heart Of Matter When it comes to nuclear theory, there is still a lot to learn. Prof Sonia Bacca takes a look at the heart of the atom.

Atoms are the building blocks of matter. They are not the smallest and indivisible particles that the ancient Greek philosophers thought they would be, when they first postulated their existence. At their center, orbited by electrons, is located the nucleus, which is 100,000 times smaller than the atom itself. To preserve the scale, if an atom were as big as a football stadium, the nucleus would be just as small as a pea. In other words, the atom is almost empty, with most of its mass concentrated at its heart in the nucleus.

It was not until 1911 that the nucleus was discovered. The fact that the positive charge is placed at its center was elucidated by the famous experiments run by Ernest Rutherford, Hans Geiger and Ernest Marsden. By shooting a thin gold foil with special projectiles, the alpha particles—nuclei made by two protons and two neutrons—they observed that these projectiles were most of the time passing undisturbed through the foil. However, occasionally they were deflected at very large angles, even at 180 degrees (meaning that they were basically bouncing back). This was only possible if the projectiles hit on something very massive and hard, situated at the center of an almost empty atom. Such experiments confirmed the ‘planetary’ model of the atom, with all the matter residing at the center, as opposed to the positive charge being uniformly distributed as in the plum pudding model introduced by Joseph John Thomson. This discovery sets the birth of nuclear physics, the science that is concerned with understanding the properties of nuclei.

Today, we know roughly 3000 kinds of different nuclei. We represent them on the nuclear chart, a two-dimensional plot with neutron number and proton number on the x- and y-axis, respectively. Out of these 3000, 284 nuclides are stable, while all the other undergo decays, transforming back into stable nuclei. It is believed that a few thousands of other unstable nuclei are formed in stars, but decay shortly after and therefore are not to be found on Earth. One way to study them is to synthetically produce them in the laboratory at the so-called facilities for rare isotope beams. On the other hand, information on how many isotopes there are and what their properties are can also be provided by theory.

Nuclear theory deals with the modelling of the nucleus and has as long of a history as nuclear physics itself. Theories were built to describe experimental observations, starting from simple and intuitive models based on the analogy of nuclei with liquids, evolving then into more sophisticated theories. A microscopic theory for the nucleus can be built by considering that at low energies, nucleons can be treated as point-like particles, neglecting their internal structure in terms of quarks and gluons. Given that the length-scale of the atomic nucleus is infinitesimally small, a quantum mechanical treatment is necessary. A non-relativistic framework is justified by the fact that nucleons are heavy and do not move at the speed of light. This essentially translates into solving the Schrödinger equation for many nucleons (neutrons and protons together) interacting with the strong and the electromagnetic force.

A very simple and successful theory for the nucleus is the shell model, introduced first by Maria Goppert-Meyer and Hans Jensen in 1949. Similarly, to what happens for electrons in atoms, also nucleons can be placed in shells, or single particle levels, obtained from a mean-field approximation, where basically each nucleon is assumed to be moving in an external field created by the remaining others. While the shell model is very successful, it cannot explain every observation and today we possess more sophisticated tools.

A central challenge in modern nuclear theory is to calculate the structure of atomic nuclei starting from the fundamental forces between nucleons derived from a low-energy expansion of quantum-chromodynamics, called the ‘chiral effective field theory’. The task of solving the Schrödinger equation for many nucleons with these interactions is far from trivial. Today we can solve it in up to 100 nucleons. Calculations are computationally very expensive and run on some of the largest high-performance computers in the world. This growing field is called ‘ab initio nuclear theory’. The developments and the various successes of the entire community clearly showed that this approach is our best bet to provide guidance and help interpret experiments performed at various laboratories, including the facilities for rare isotope beams, where exotic nuclei far from stability are studied. Moreover, ab initio nuclear theory can be used to impact other fields of physics, where the nucleus plays an important role, such as atomic physics, astrophysics and particle physics.

In analogy with how a prism splits the white light from the Sun into a rainbow, light passing through an atom decomposes it into a unique ‘spectrum of colours’ revealing their internal nature. While the nucleus is much smaller than the atom, certain colours of this spectrum contain its faint imprints. In muonic atoms, where a nucleus is orbited by a muon, such fingerprints are clearer. Owing to its heavier mass, the muon orbits the nucleus much closer than an electron would and consequently, nuclear-structure effects become more important. Using the above-mentioned ab initio theory, we can calculate these nuclear fingerprints. They constitute crucial theoretical input to interpret experimental data and obitain precise extractions of charge radii from spectroscopic measurements in exotic muonic atoms.

READ ALSO  Deleting What Facebook Knows About Your Private Life

Ab initio theory is providing guidance and support for several experimental campaign around the world. For example, important properties of the Calcium-48 nucleus were recently computed. Calcium-48, with 28 neutrons and 20 protons, is a good candidate for experimental studies since it is a long-lived isotope that is rather ‘neutron rich’. Its neutron distribution determines the actual size of the nucleus extending like a kind of ‘neutron skin’ beyond the proton distribution. While the latter is well known from electron scattering experiments, the distribution of the neutrons (which have no electric charge) is difficult to measure.

A theoretical calculation is insightful in understanding the size of Calcium-48. Calculations revealed that the neutron skin thickness of this nucleus is considerably smaller than previously thought, a result that has been confirmed by recent further improvements of the theory. The electric dipole polarisability for this nucleus was also predicted, a quantity that involves nuclear excitations. When a nucleus is excited, it can break into many pieces. Only very recently have we managed to account properly for disintegration effects with as many as 48 protons and neutrons involved. Our theoretical prediction for the polarisability was subsequently confirmed by an experiment performed in Japan. Both the neutron-skin thickness and the electric dipole polarisability of nuclei have implications for the size of neutron stars, which can be viewed as gigantic nuclei as large as a city. Studies on finite nuclei, combined with the direct detection of gravitational waves from the coalescence of binary neutron stars, will help in the future to underpin properties of nuclear matter.

Last, but not least, ab initio nuclear theory is called for in the determination of how neutrinos—the most elusive elementary particles in the standard model—interact with the nucleus. This information is needed to analyse data obtained from accelerator-based experiments aimed at measuring neutrino properties. Ab initio nuclear theory has still a lot to say and new adventurous avenues will soon be explored with simulations on quantum computers. 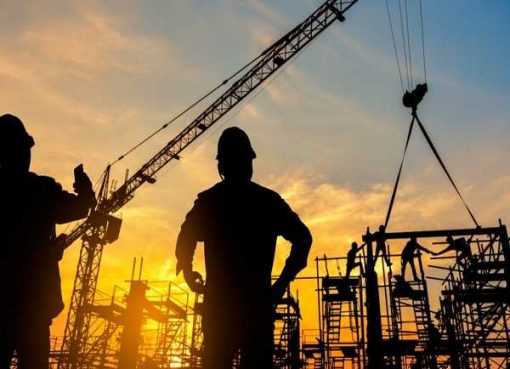 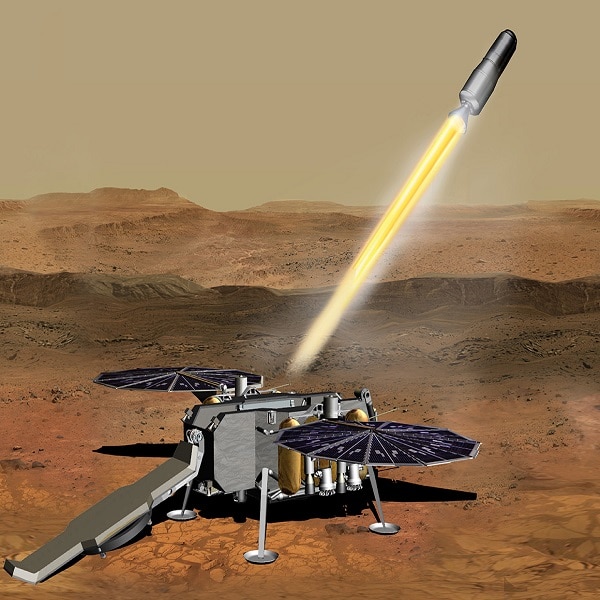 The Mars Sample Return Mission Will Be A First For Humankind 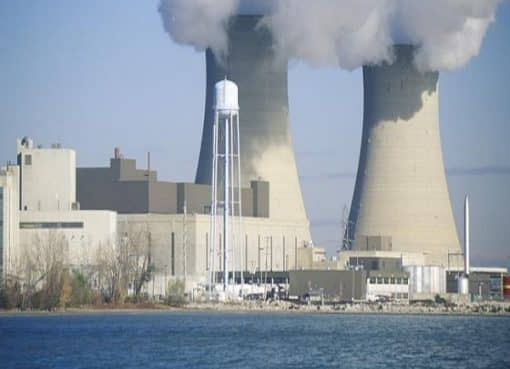