The concept of using an “elevator” to travel from Earth to space has been around for quite some time, with an early concept first proposed in 1959 by Russian engineer Yuri Artsutanov. But now, that seemingly far-fetched idea may become a reality.

The idea is relatively simple: a cable is stretched from a satellite counterweight above the geosynchronous orbit, where it’s attached to a floating anchor station at the equator. The cord is able to stand up on its own by centrifugal force, allowing a car to travel along the cable, directly from Earth to a space station.

NASA and space agencies in Japan and China have been working on this version of the space elevator for years. The Obayashi Corporation has promised to have its version up and running by 2050, estimated to cost $90 billion.

Recently, a non-peer-reviewed study by Zephyr Penoyre from the University of Cambridge and Emily Sandford at Columbia University theorized that not only is an “elevator” to the moon possible, but it can be built using current materials. Their idea takes a different approach than that from NASA and the other space agencies.

As opposed to a cable stretching skyward anchored from the Earth, the cable proposed in the study runs from the moon down toward our planet, coming to an end and hanging in Earth’s geosynchronous orbit, 22,236 miles above the surface. This would place the cable out of danger zone of lower orbit, where it could be struck by satellites or space debris. The pencil-lead-thin cord would be constructed from carbon polymers and hung from the moon. The cost is estimated to be in the billions of dollars.

“[The study] looks really legit,” Michael Laine, founder of LiftPort Group, told Fox News. “It looks like they have independently invented the lunar space elevator. We got there first, but it’s really gratifying to have somebody unrelated to our field do the math, figure it out and say ‘Yeah, that’s a real thing.’”

From 2001 to 2003, Laine worked on the NASA Institute for Advanced Concepts (NIAC) research team for an Earth elevator concept, which was the more traditional concept of the space elevator.

“Mathematically, the Earth elevator concept models very nicely,” Laine added. “The problem is that in the actual real world there are still a lot of problems with it.”

One problem is the material for the cord. Any material that would stretch from the Earth to the vicinity of the moon (Obayashi’s proposed cable measures almost 60,000 miles) would have to be incredibly strong. Carbon nanotubes, extremely thin hollow tubes of carbon that are 100 times stronger than steel, could do the trick, but the technology isn’t there yet to make them long enough.

Another problem is avoiding all the space debris, which is now compounded by the rapidly climbing number of satellites.

“When [NIAC Principle Investigator] Dr. Bradley Edwards and I were doing this work nearly 20 years ago, there were only 350 total satellites,” Laine explained. “We now have about 1,500 satellites — 400 were launched last year alone and we’re moving to a world where there’s going to be possibly 17,000 satellites, most of them in Low Earth orbit. So the idea of having the string dodge 17,000 objects is really challenging. I’m not sure that that works anymore.”

A few years ago, Laine and his Tacoma, Washington-based company switched from working on the Earth elevator to working on a lunar model. In LiftPort’s concept, astronauts would launch from the ground to lower orbit. Once they get to lower orbit, an in-space transfer vehicle or “space tug,” would travel out of lower orbit, to Lagrange point 1 (or L1), which is close to the moon.

“We get to L1, we drop the string down to the surface of the moon, we drill in and stay there, so one end is firmly anchored into the lunar surface,” Laine said. “Then we unspool that string back toward Earth — it’s about two-thirds the distance toward the Earth from the moon.”

He emphasized that there’s a big gap between the end of LiftPort’s elevator cord, which is the counterweight and Earth.

According to Laine, the first version of LiftPort’s lunar elevator would cost $800 million and would be built in seven to twelve years. He added the benefits of having a lunar elevator are enormous, both financially and scientifically.

“There’s a lot of talk about mining for lunar resources,” he said. “Some folks will go out, capture lunar ice and make rocket fuel. Other people will go out and mine the moon for minerals, which we’ll use as the building blocks for a larger space station at the L1 point.”

The larger space station would then allow astronauts to have a shipyard and docking system. Laine foresees it getting to a point where new ships are built that never see Earth and are used for traveling to asteroids or other planets.

“Once you’ve got it constructed, that’s where it gets interesting because it becomes the foundation for everything else.” 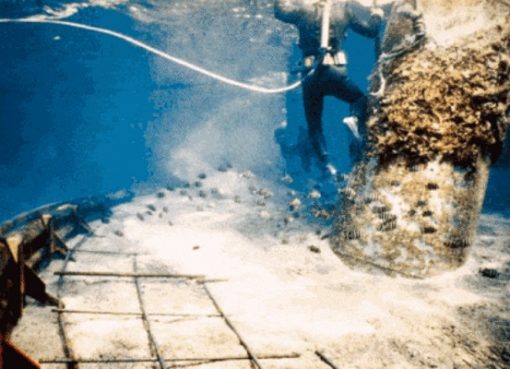 Properties Of Materials For Underwater Concreting 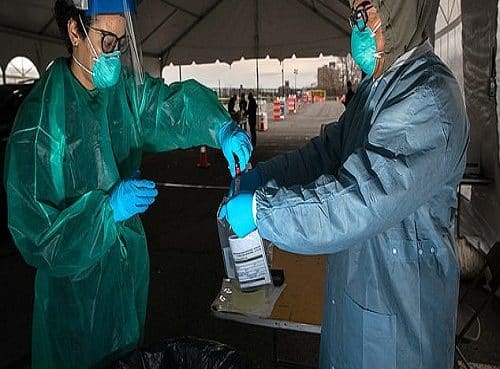 Scientist Develops AI-Powered Software To Detect The Coronavirus Within Seconds 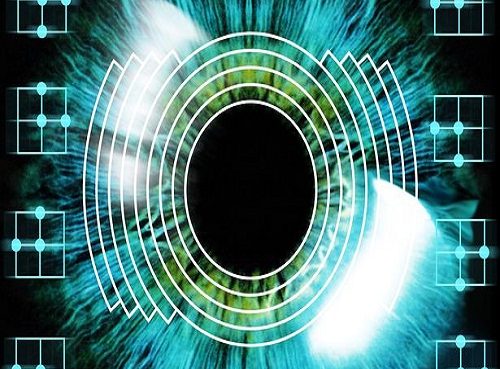 Injecting Nanoparticles Into The Eyes Could Make People See At Night