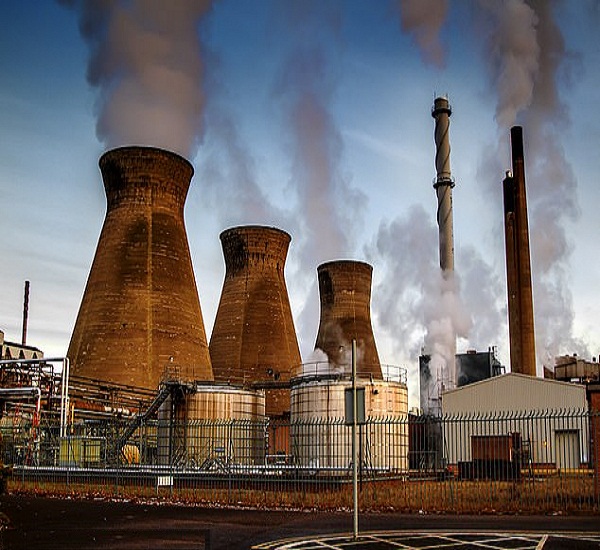 The federal government has paid over N240 billion between 2015 and December 2019 for power generated, but not transmitted through the national grid by the Transmission Company of Nigeria (TCN) for distribution, a senior government official said  at the weekend.

The payment, however, is for five power plants: AGIP, Shell, Olorunsogo, Omotosho and Azura.

Also, contrary to claims last week by the TCN that the gas supply constraint, which generation companies (Gencos) recently experienced has subsided, power supply in Nigeria has continued to be negatively impacted by gas shortage.

The source said even though the plants generated reasonable amount of power, he put what was being evacuated into the national grid for distribution at about 30 per cent.

He attributed the challenges to lack of infrastructure, sustainment and expansion.

He also added that the power distribution companies were also hugely indebted to many banks, therefore, lacking the capacity to borrow more fund for sustainment and expansion.

Responding to a question on why the huge investment in the power sector has not yielded the desired dividends, the source stated: ‘’When you talk about the monies you have invested, I like to be evidence-based on my responses. I don’t have the total money spent in the sector or how they were spent; so I don’t give blanket responses. Because I hear this all the time and in some situations it becomes a challenge to respond.

“The question requires some facts to be able to say, okay, how have you spent the money? What we have in Nigeria is about 13,500 megawatt in existing power plants. We are talking about how much has been spent and why is there a problem.

“If you look at this, I just want to explain to us that the possible amount of electricity that you can move through this is 5,000 megawatt. If you put on the switch, you see the electricity; there’s no storage in appreciable quantity.’’

The government official explained that where the government had made investment was in transmission – that is fully owned by government.

He said: “It means that TCN should have the budget; the same thing with the distribution; we should be able to do the sustainment, and if you now have money you’re building additional lines, you’re expanding, it means that if I’m running a new line from here to Damaturu, along the line too, I may require some transformers; I may require at some point to create an injection substation, that’s expansion.

“For each of these, we must provide the funding. You know how budget is released, even if I have to do a project that is N100 billion and at the beginning of the budget I get N10 billion, it becomes a challenge, the same thing happens in distribution, now the same thing is happening in supply.

“When it comes to generation, a number of them have made a lot of investment, but even at that they need to ensure things are working. But do they have the money in each of these things they want to do?’’

According to him, the growth in demand for electricity is not at the same pace with the investment in the sector.

He added that the sector requires more funding for expansion and sustainment of infrastructure.

On the huge amount of money being paid for power generation not evacuated, the source blamed government officials who signed deals with power generating companies, without considering the enormous difficulty awaiting the government because of their ‘’vested personal and political interests.’’

For example, the source said in 2018, some senior federal government officials branded Azura power plant as the flagship of sovereign guarantees to private sector.

We gathered that the deal has suffered setback because of the inability of TCN to dispatch about 70 per cent of power being generated from Azura.

That means while Azura is producing power, TCN does not have the capacity to dispatch; but the federal government still pays Azura for the power because of the nature of the agreement — paying for the gas to Azura under the “take-or-pay arrangement.”

The complaint is that those who executed the deals “knew the problems before signing the agreement with Azura,’’ that the national grid does not have the capacity to evacuate the power that is being generated by Azura.

Already, the federal government is obligated to pay between $30 million and $33 million monthly to Azura for power generated, even if about 70 per cent of it is not transmitted through the national grid by TCN.

The interpretation is that the $33 million invoice that the federal government receives from Azura monthly, is about N8 to N9 billion, and now that dollar has appreciated, it will probably be close to N10 to N11 billion monthly.

“It means Azura will take up to what the federal government is receiving. Does it mean we won’t pay other power generation companies? That is the huge problem we are currently face.

“Nigeria also pays roughly N700 million monthly as the exchange rate differential in the deal with Azura and with the current high exchange rate, we will pay more.

“In addition to paying for power generated, the federal government is also footing a yearly N5 billion bill for gas supply to Azura — even though the cost of gas is already part of the tariff approved for the plant’’, the source stated.

Azura is said to have guaranteed the highest tariff of 10.1 cents/kWh in the power purchase agreement with the Nigerian Bulk Electricity Trading (NBET) Plc — the guarantor that buys electricity from generating companies (GenCos) and resells to distribution companies (DisCos).

And if the federal government fails or refuses to meet these monthly obligations, the World Bank partial risk guarantee (PRG) can be called by Azura’s creditors.

Meanwhile, contrary to claims last week by the TCN that the gas supply constraint, which Gencos recently experienced has subsided and reasonable supply restored, power supply has continued to deteriorate.

The Nigerian Electricity Regulatory Commission (NERC) has also rolled out new guidelines to forestall potential shutdown of power supply in the country as the COVID-19 pandemic rages on.

According to supply statistics obtained from the Advisory Power Team in the Office of the Vice President, Prof. Yemi Osinbajo, the country’s 11 Discos got an average of 4,023 megawatts (MW) of electricity daily from the national grid between March 30 and April 3.

The analysed figures also showed that the national grid lost an average of 5,090MW of electricity daily to diverse constraints, chief of which was gas supply constraint, which the TCN said has been addressed.

For instance, on Friday, the supply statistics indicated that as much as 6,665.9MW of electricity could not get to the national grid while only 4,072.04MW was supplied.

It explained that gas, transmission and line constraints were responsible for the shortage.

Last week, the TCN said gas supply to Gencos had significantly improved and that most power plants previously experiencing gas supply shortage have started generating power to the grid.

It noted that if the gas supply trend remained healthy, the problem of gas shortage to power plants would soon be resolved and supply to Discos improved.

However, the production records stated that on March 30, the country got 4,257.23MW

Again, on March 31, 4,152.9MW was generated to the national grid while 5,295.9MW was not, with gas supply constraint contributing 4,070MW to the constrained volume.

The supplied and constrained figures for April 2 were 4,082.87MW and 4,539.3MW respectively with gas shortage contributing 3,393MW of the constrained volume of that day.

With regards to financial losses, Osinbajo’s office said approximately N12.217 billion was not earned by the power sector within five days.

It also noted that 13 Gencos were still significantly impacted by the shortage of gas for power production, adding that five Gencos of the National Integrated Power Projects (NIPPs) lost the most of their production volumes.

NERC has also explained that its tracking of the COVID-19 situation made it fitting for it to issue guidelines to ensure that electricity production and supply in Nigeria remained unhindered.

It stated that it “has been monitoring the rampaging effects of the COVID -19 pandemic in Nigeria and the world at large,” adding that “considering the cardinal role of electric power in sustaining the wellbeing of any nation and particularly in powering critical infrastructure,” it would direct all operators in the electricity industry to ensure continuity of service during the period.

It added that it has directed all operators in the sector to immediately activate their business continuity plans to ensure that they maintain minimum manpower requirements on their operations, provide contingency plans for accommodating essential staff on site, provide health and isolation facilities for localised outbreak of Covid-19, provide essential resources, including food, medical supplies to their staff on site.

The commission also said the plan would cover operator’s sourcing of essential spare parts and consumables to maintain their operations, monitoring of their assets and equipment, arrangement for clearance of faults detected on networks, and creation of alternative channels for engaging with customers. 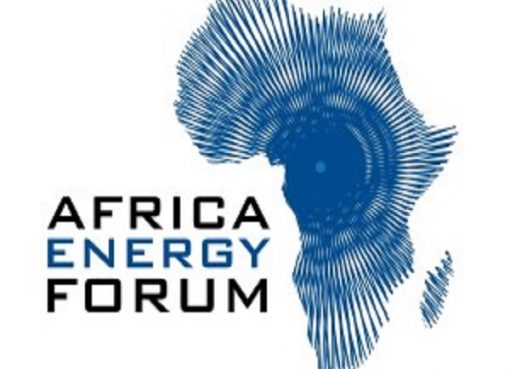 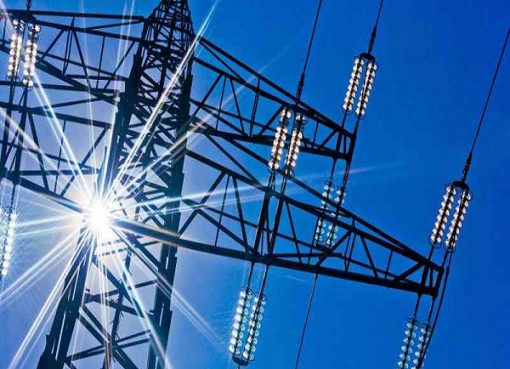 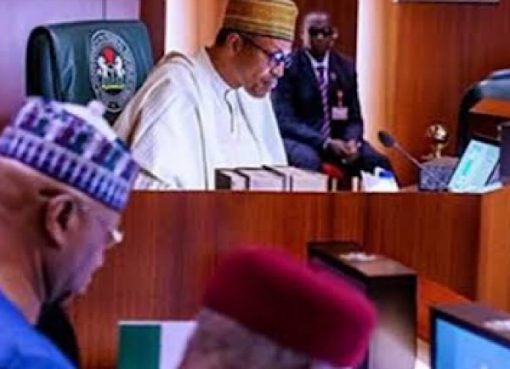