Billions of Internet-connected devices now adorn our walls and ceilings, sensing, monitoring, and transmitting data to smartphones and far-flung servers. As gadgets proliferate, so too does their electricity demand and need for household batteries, most of which wind up in landfills. To combat waste, researchers are devising new types of solar cells that can harvest energy from the indoor lights we’re already using.

The dominant material used in today’s solar cells, crystalline silicon, doesn’t perform as well under lamps as it does beneath the blazing sun. But emerging alternatives—such as perovskite solar cells and dye-sensitized materials—may prove to be significantly more efficient at converting artificial lighting to electrical power.

A group of researchers from Italy, Germany, and Colombia is developing flexible perovskite solar cells specifically for indoor devices. In recent tests, their thin-film solar cell delivered power-conversion efficiencies of more than 20 percent under 200 lux, the typical amount of illuminance in homes. That’s about triple the indoor efficiency of polycrystalline silicon, according to Thomas Brown, a project leader and engineering professor at the University of Rome Tor Vergata.

The results, published in late April, are the highest reported efficiencies for any indoor flexible solar cell technology, Brown said. Amorphous silicon technology, which is used in commercial products like calculators, is only about 9 percent efficient on flexible layers.

“There’s a revolution happening with the Internet of Things,” Brown said. He imagined integrating the ultralight cells into wireless thermostats, fire alarms, security cameras, and other low-power sensors. When solar cells are paired with an energy storage device, “that would diminish or eliminate the use of replaceable batteries,” he says.

Perovskites, a rapidly growing area of photovoltaic research, are a hybrid of organic compounds, metals, and halides, with crystal structures mirroring those of the mineral calcium titanium oxide. Companies and universities are racing to turn the low-cost, easy-to-produce materials into durable and stable solar cells, in the hopes of making renewable energy more affordable and abundant worldwide.

In recent years, Brown’s team in Rome has made flexible perovskite solar cells using low-temperature procedures. In 2018, they began applying the solar cells to a 100-micrometer-thick piece of flexible glass—coated with indium tin oxide (ITO)—provided by the Fraunhofer Institute for Organic Electronics, Electron Beam and Plasma Technology. (ITO is a thin transparent layer that is electrically conductive.) The Italian group then exposed the solar cells to varying intensities of indoor lighting.

They found that, in shelf-life tests, un-encapsulated solar cells retained 80 percent of their initial power-conversion efficiency for more than 100 days. However, performance declined more rapidly after that period. In order to integrate into IoT devices, indoor photovoltaic cells will need to last at least five to ten years, around the time people typically upgrade electronic devices, Brown said.

Perovskite solar cells in general can degrade when exposed to moisture, harsh temperatures, ultraviolet light, oxygen, and other elements. Such challenges are amplified when the technology is used outside, where the environment is less forgiving, and where solar panels are expected to last for decades.

“I often tell people, in the context of photovoltaics, your iPhone is a wonderful device, but if you put it on your roof for 30 years, I don’t think you expect that it’s still going to be functioning,” said Joe Berry, a senior research scientist at the U.S. Department of Energy’s National Renewable Energy Laboratory. “That’s what we do with solar cells, and we expect them to survive for 30 years.”

Berry is director of the U.S. Manufacturing of Advanced Perovskites Consortium, which brings government labs, academic institutions, and companies together to speed up development of the novel solar technology. With small indoor devices likely to hit shelves first, Berry said early uses of perovskites could guide researchers and manufacturers in developing cells for higher-volume, larger-scale outdoor applications.

“As soon as you’re able to get to market, the things you learn are just very different than what you can learn being in the lab,” he said.

Perovskite cells aren’t the only material being eyed for indoor photovoltaics.

Photo: Marina Freitag A researcher holds a dye-sensitized solar cell based on a copper iodide complex.

A European research team led by Marina Freitag is developing dye-sensitized solar cells (also known as the Grätzel cell) based on a copper-complex electrolyte. The group recently tested their cells on a thin square of conductive glass. They found that solar cells converted 34 percent of ambient light into electricity at intensities of 1,000 lux, and 31.4 percent at 200 lux from a fluorescent lamp, according to a recent paper.

Freitag, a chemist, began her work at Uppsala University in Sweden and completed the study at Newcastle University in the United Kingdom, where she is now a Royal Society University research fellow. She said that when she entered the photovoltaic space years earlier, perovskites were gaining momentum just as dye-sensitized solar cells were losing favor in outdoor applications (in part due to poor energy conversion efficiency).

She said the latter technology may have the advantage indoors, where the cells can maintain high voltages and high light sensitivity in the low-light settings of homes, offices, factories, and retail spaces.

“You can mix and match the dyes to fit the spectrum of indoor light,” Freitag said. “You can adapt the system very easily.”

Freitag’s team also collaborated with the Technical University of Munich to help develop self-powered smart IoT devices that are capable of collecting, transmitting, and processing data when the most light is available. The gadgets intermittently sleep between completing their workloads, and they can sleep longer when there is less light available—such as during nights and weekends at an office building—thus avoiding the need for batteries and minimizing energy loss.

Like her peers in perovskites, Freitag said she’ll next work to improve the stability and scalability of dye-sensitized solar cells.

If and when either technology advances from the lab, they’ll undoubtedly have ample opportunities to harvest energy in the real world. By some estimates, about 75 billion Internet of Things devices will have been installed worldwide by 2025.

Brown, the perovskite researcher, said he believes “the most appealing entry market with remarkable growth potential is that of indoor power generation.” 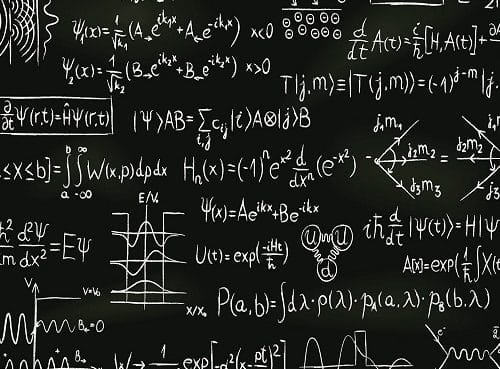