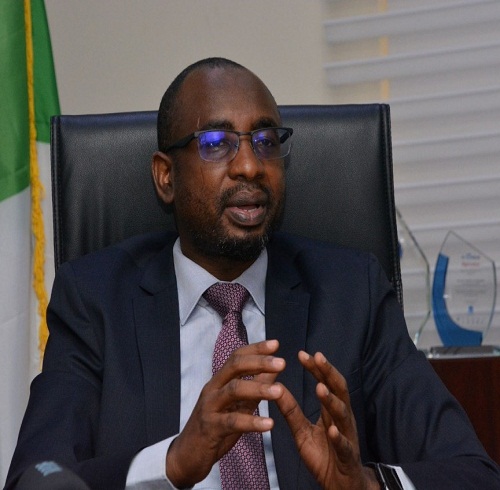 The planned NITDA Bill 2021 is seriously generating heat in the industry over its possible overlapping and overbearing effect on some functions, which industry analysts claim would cause serious frictions in the sector if not expunged or simplified.

Since last year when the news broke out about the contentious bill, stakeholders, operators, startups, among others, have raised the alarm at different fora over some of the provisions in the proposed bill, which they described as ambiguous, overlapping and overbearing and could cause deep frictions within the ICT/telecoms ecosystem. They submitted that the bill requires further consultation before it should become an Act.

Industry analysts noted that the NITDA Bill 2021 arrogates powers of several other regulatory agencies to NITDA, which is an infringement on the statutory powers of agencies of government like the Nigerian Communications Commission (NCC), Computer Professionals (Registration Council of Nigeria) (CPN), Galaxy backbone, Office of the National Security Adviser (ONSA), the National Universities Commission (NUC), among others.

Under the current Act of 2007, which it seeks to amend, NITDA has no powers, its roles are basically developmental, but the agency does have a host of functions which increased from 14 to 24 in the new bill.

Indeed, in March 2021, NITDA Director-General, Inuwa Kashifu-Abdullai, presented a proposal for the realignment of the NITDA Act 2007 with the principles of the Nigeria Digital Economy Policy Strategy and Fourth Industrial Revolution (4IR) to the relevant committees of the National Assembly.

Kashifu-Abdullai had explained to the lawmakers that an urgent review of the laws was needed to keep abreast of the accelerating changes within the global IT-driven ecosystem and properly position Nigeria as Africa’s leading digital economy and a major player.

The proposed bill, expected to repeal the NITDA Act 2007, is aimed at creating a regulatory framework for the development of the Nigerian IT sector and digital economy.

Kashifu-Abdullahi early in the year disclosed that to keep up with the pace of innovation that has swept the country, there should be a realignment of the Act with “tenets and ideals of the Fourth Industrial Revolution” and Nigeria’s Digital Economy Policy.

What is NITDA?
NITDA is the agency tasked with creating a framework for the planning, research, development, standardisation, application, coordination, monitoring, evaluation and regulation of Information Technology practices in Nigeria. Simply put, NITDA is a developmental agency.

The agency is currently under the purview of the Ministry of Information and Digital Economy. As part of its mandate, it provides regulations regarding data protection, registration of domain names, IT Clearance, among others.

Areas of contention
If this proposed bill is anything to go by, NITDA appears to be gearing up for a more active, albeit forceful reign, which would see it usurping the authorities and powers of other regulatory agencies in the country.

In the planned bill, Sections 6, 13, 20, 21, and 22, which cover NITDA’s power, classes of licenses and authorisations, and offences and penalties, among others, are the most contentious provisions causing apprehension within the sector in Nigeria.

Section 6 proposed new powers to be given to NITDA. Also, a new subsection also gives the agency the power to “enter premises, inspect, seize, seal, detain and impose administrative sanctions on erring persons and companies who contravene any provision of the Act subject to the order of a court of competent jurisdiction.

READ ALSO  AI, ML To Push Ed-Tech Beyond The Classroom

NITDA will also have the power to “fix licensing and authorisation charges, collect fees and penalties as may be necessary for the exercise of its functions under this Act.”  This bill would also introduce a new regime of licences and penalties.

Section 20 would give NITDA power to issue regulations regarding licences and authorisations for operators in the information technology and digital economy sector — which the agency is to determine.

For instance, Section 1 (Objectives of the Bill), states that “The purpose of this Act is to create an effective, impartial, and independent regulatory framework for the development of the Nigerian information technology sector and digital economy.” From here, it could be deduced that this section lays the foundation of converting NITDA from an IT Development Agency to a regulatory outfit.

Analysis showed that the inclusion of the concept of ‘Digital Economy’ as part of its regulatory purview expands its frontiers to matters within the exclusive regulatory mandate of the NCC. This will impact on the Commission’s functions in Section 4 of the Nigerian Communications Act 2003; that empowers the Commission to regulate communications services that drive the digital economy.

Sections 9 (d, e, h, I, l, p, s, v, w), talks about the functions of the agency. It noted that NITDA shall-
(a) develop a framework for regulating the use, development, standardization, research, and application of information technology, emerging technology and digital services, activities, and systems in Nigeria. The 2007 Act does not contain such provisions.

Checks showed that this is a reflection of the provisions of Section 4 (1) (h) of the Nigerian Communications Act 2003 that mandates the NCC to develop and monitor performance standards and indices relating to the quality of telephone and other communications services and facilities supplied to consumers in Nigeria having regard to the best international performance indicators.

Therefore it could be deduced that this section will create a regulatory overlap for matters that relate to setting standards for communications services in Nigeria.

Section 10 (c) pointed to the fact that NITDA shall have powers to issue regulations, standards, and guidelines with respect to the use of information technology and digital services in every sector of the economy in pursuance of the objectives and functions of the Agency. This was not in the earlier provisions.

Analytically, this draft provision will empower NITDA to become a regulatory agency and have enforcement powers on matters related to ‘digital services’ across all sectors of the Nigerian economy. This will create regulatory uncertainties and needless conflicts across different sectors, with possible adverse impact on market sustainability and investments.

Legal experts’ point of view
Legal experts in Nigeria have equally picked holes in the proposed NITDA (Repeal and Re-Enactment) Bill 2021, describing it as infiltrating or attempting to unnecessarily duplicate the regulatory powers of some existing government agencies in the country.

The legal experts made their positions known during a webinar on ‘Stakeholders’ Engagement for Legal Practitioners in Nigeria on National Information Technology Development Agency Bill.

The webinar put together by the Information and Communication Technology (ICT) Committee of the Nigerian Bar Association Section on Business Law (NBA-SBL), in collaboration with the NITDA and Farisad Investment Limited (FIL), was attended by stakeholders within the legal ecosystem, who critically dissected the new provisions in the proposed bill.

Firing the first salvo during the webinar anchored by the Chief executive Officer of FIL, Sanusi Musa, was the NBA President, Olumide Apata, who, after his brief remark, raised three fundamental concerns on the proposed Bill, which, he said, should be looked into by stakeholders at the webinar. Apata was represented by the ICT Committee, NBA-SBL, Rotimi Ogunyemi.

The tripartite concerns raised by Apata, were around how the Bill will align with the Startup Bill before the National Assembly, how the NITDA Bill intend to navigate its way within the broadband context of other regulatory functions of other regulate agencies to avoid overlapping of functions; and what will be the implications of the harsh penalties for violation of certain sections of the Bill on the ICT business environment.

NITDA seeks collaboration
Justifying the need for the Bill, Kashifu-Abdullahi, said the scope of ICT has widened over the years with a lot of convergence and expansion in technology platforms being used by businesses and governments for delivery services. “Considering that the NITDA Act is almost 16 years old, we consider it necessary to keep the Act up-to-date with the current reality in the Nigerian digital economy space,” he said.

In his earlier remarks providing information on the new provisions in the proposed NITDA Act 2021, Director, Legal Service Department at NITDA, Emmanuel Edet, stated clearly “we know that some of the areas we would like to be regulating fall into the existing regulatory functions of some agencies.” He said this informed why NITDA’s emphasis would be on collaboration.

Further responding to a question raised on over-regulating the ICT ecosystem, Edet said “It is better to over-regulate than to under-regulate, saying that NITDA’s vision is to evolve into a “development/ regulatory agency.”

He said while the major challenge identified so far by stakeholders has been the issue of regulatory overlap, NITDA would take a look at this and also put all the observations, comments and inputs by stakeholders into consideration on further work on the proposed Bill. 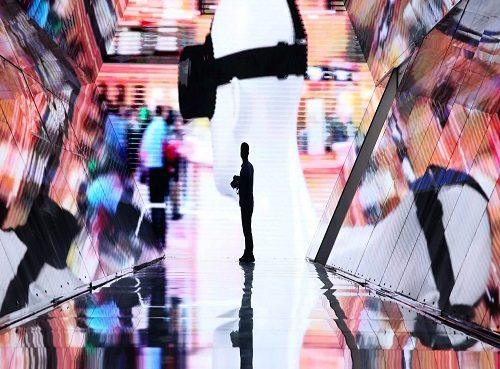 Taiwan To Ban Alibaba, Huawei, Lenovo And Others 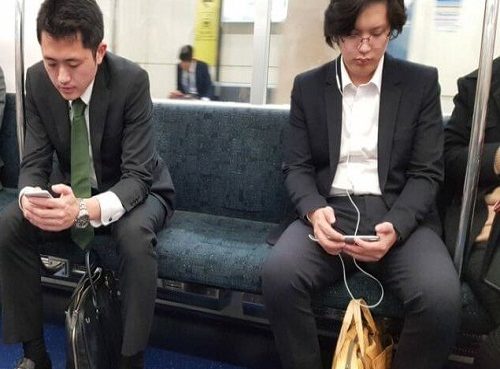 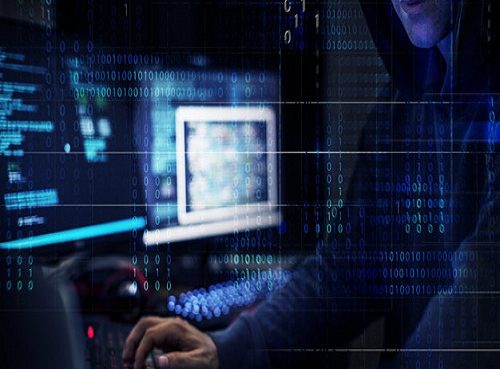 Cybercriminals On The Hunt