Skip to content
Home > Civil > New Grout Injection Tech: No Limits, No Digging And No Danger 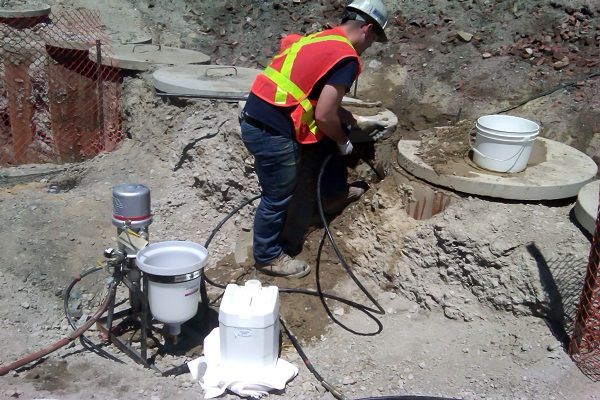 Injecting chemicals to stabilize, lift, seal or compact weak soils and rocks is not new. Polyurethane grout material has been used for this purpose since the 1960s. However, the limitations of this process have often been frustrating, not only for asset owners but installers, as well. Historically, material injection has been limited to shallow depths of twenty feet or less, due to the technology, means, and methods of application.

As the material is injected, it begins to synthesize (cure) inside the injection tube. While the synthesis rate can be accelerated or retarded by controlling the chemical temperature, that control is short-lived. The deeper or longer the injection tube, the longer time the chemical has to cure before exiting the tube. While this is happening, the diameter of the injection tube effectively shrinks in diameter, as the cured material bonds to the tube wall. This limits the depth at which successful injection can occur, using the old technology. Another side effect is that the chemical being injected can lose its desired effect the deeper it is injected, as it cools once leaving the tube.

This frustration is being abated by Deep Horizons Injection Grouting (DHIG), a process developed by Polymer Technologies Worldwide, Inc (PTW). Their innovative system of injecting chemical grout allows the ability to inject at depths far exceeding previous limits. The following case studies describe how PTW successfully injected their product to seal a leaking effluent line, with an invert depth of approximately 35 feet and an injection depth of 45 feet, at two Florida sanitary lift stations.

Lift Station 87 was under construction to replace existing Lift Station 7 on the wastewater collections system of the City of Sarasota, Florida. It would eventually forward about a third of the City’s wastewater flows to its WWTP. While testing the 36-inch influent line, which crosses Hudson Bayou, City crews discovered significant groundwater intrusion through several holes, breaks, and joint failures. This infiltration would cause the sanitary system to unnecessarily work harder, putting more stress on the system. That would not only waste capacity but also shorten the life of WWTP equipment over time, so it had to be eliminated.

The first repair effort was a trenchless epoxy-impregnated liner installation (CIPP). While this type of largely non-disruptive repair has worked in similar circumstances, it failed to stop this water intrusion. A second effort to repair the pipe involved injection of a two-component, fast-reacting chemical grout, intended to seal the pipe from the exterior, in-situ. This historic method failed for reasons previously described, as the pipe is situated deeper than 20 feet.

The method considered for a third try was traditional dig-and-replace, but that would have caused extensive disruptions to surrounding infrastructure and the local population, which was why previous attempts had been trenchless. This more traditional option was estimated to add an additional $9-12 million to an already over-budget project, along with extending completion time approximately another year for the already severely delayed project.

Highly motivated to avoid these major issues, the City took a chance on engaging the patented new DHIG system. Not only did this effort seal the pipe leaks, it also enhanced and further stabilized the foundation of the lift station structure. Best of all, because the process is trenchless and requires a small physical footprint, it not only didn’t disrupt the surrounding area, but was actually accomplished while the facility construction continued.

Another nearby lift station project at Symmes Rd. in Hillsborough County, Florida, also proved out other advantages of this new injection technology. Station well inlet pipe cracks and some other damage was found to be caused by approximately 4 inches of settling of the cover slab. Using the standard testing procedure, soils in proximity to the station—ten feet between 18.5-28.5 feet below ground surface— were found to be very loose, displaying weight-of-rod conditions, in which the boring tube drops under its own weight, without any force applied.

The wet well for the station measures 8 feet in diameter and 30 feet in depth. To excavate and repair the station would again result in a large area of disturbance that could have possibly affected an adjacent residential community, underground utilities (electric, cable, etc.), and possibly Symmes Road itself. Again, the decision was made to take a chance on the still-new DHIG system.

Standard ground borings (STP data) demonstrated that injected material did not expand beyond the lift station property. Injecting 2,623 gallons of polymer through four injection points, with injection depths between 1-45 feet below grade, yielded the following results:

A post-injection analysis and report was rendered on the Symmes Rd. project by Integrity Drilling & Geophysical Services, LLC, of Groveland, Florida. During the project covered here, testing showed good control of the material, in that none of it encroached on neighboring properties. Also revealed was that soil adjacent to the grout was compacted and stabilized, despite no presence of material in those sampled soils.

The DHIG rig is used, in part, to advance injection casing to the desired depth. The three-inch diameter steel casing, threaded on each end, is advanced, with new sections threaded on as needed. While skin friction is considered negligible, it takes increasing power to turn the casing as it advances more deeply. Turning power is also affected by the strength and adhesive properties of the material being advanced through the casing.

Upon reaching the desired injection depth, the rig withdraws the casing as the polymer is injected. Care must be used to advance at an appropriate rate that avoids fouling the casing with the polymer; but not so fast that the polymer is under-injected.

To inject the polymer, a special nozzle is advanced through the casing and attached to the drilling head at the tip of the casing. This is the third use of the rig, to lower the casing head and attached chemical feed lines in a careful manner, to avoid fouling the lines or damaging the injection nozzle. Upon carefully lowering the equipment by attaching a lowering/turning bar, that bar is then rotated to lock the equipment to the head. As the casing is withdrawn, the lowering bar is removed in sections, just as the casing is removed.

The injection system for the DHIG chemical is like any other, in that pumps feeding the chemical must be powerful enough overcome the strength of the soil materials, as well as any line friction. Line friction will most likely be the controlling factor, relating to possible depth efficacy. This limiting factor can be overcome by increasing the pumping power, feed line and casing diameter, and subsequently the rig size and associated power, so it’s adaptable to the needs of many applications.

The significant advantage of the DHIG technology is that, theoretically, there is no limit to the depth at which the material can be successfully injected. This is due to the material being combined at the tip of the casing—which allows for full material strength to occur where needed at the tip—as opposed to inside the feed line, which is standard practice using most existing systems.

Another benefit of the DHIG system is that the material can be injected from a lateral point, to avoid interference with nearby surrounding project activity. This results in reduced time, cost and impacts to the public and the environment. For example:

The suitability of this process and material has been successfully applied up to 100 feet below ground surface without foreseeable limitation. 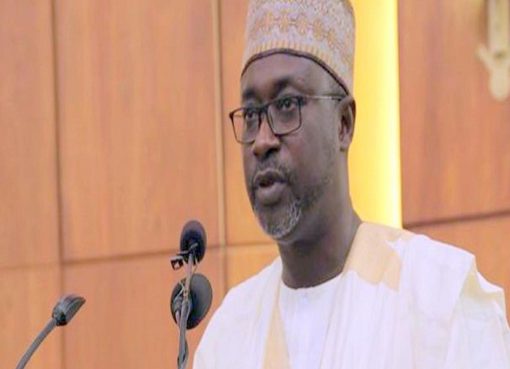 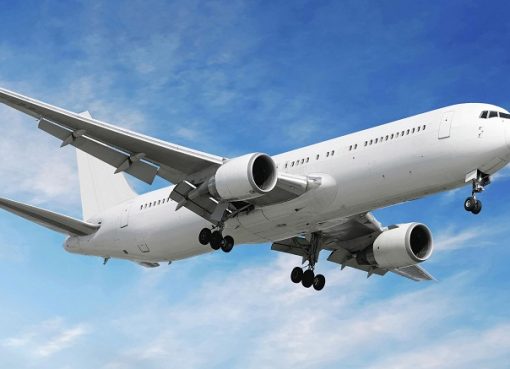 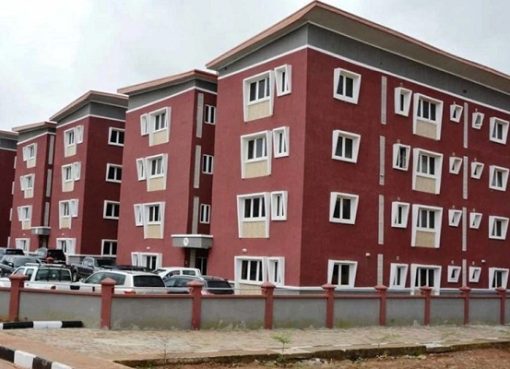