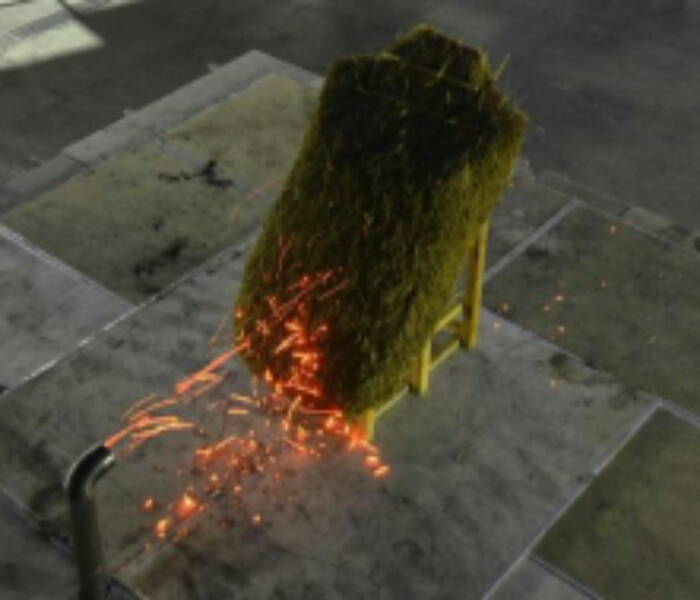 Visitors to the historic mountain villages in central Japan marvel at the elegance of the steep thatched-roof farmhouses found there. Known as “gassho-zukuri,” Japanese for “constructed like hands in prayer,” the architectural style emerged more than 250 years ago to ruggedly withstand the area’s heavy winter snowfalls. Recently, a National Institute of Standards and Technology (NIST) fire researcher and his Japanese colleague conducted a special fire test to learn how to protect these treasured icons, and other thatched-roof structures around the world, from a more insidious threat: fire.

To better understand the mechanisms by which firebrands — the airborne, glowing embers released by an outdoor fire — can ignite a thatched roof, NIST mechanical engineer Samuel Manzello and research scientist Sayaka Suzuki of Japan’s National Research Institute of Fire and Disaster (NRIFD) used the NIST Firebrand Generator, nicknamed the NIST Dragon, to shower continuous streams of firebrands upon 1.1-meter-by-0.9-meter (3.6-foot-by-3-foot) roof mockups made from water reed, bamboo and wood.

Reported in the latest issue of Fire Safety Journal, these first-ever tests to study the firebrand vulnerabilities of thatched roofs were performed in an NRIFD wind facility specifically designed for fire experiments. The researchers simulated the movement of firebrands at two wind speeds.

“Research into large outdoor fires — such as wildfires spreading into urban areas in the United States or urban fires following earthquakes in Japan — lags behind other areas of fire safety science,” said Manzello. “In both cases, wind-driven embers are a major contributor to the spread of fire from structure to structure. Yet, we have only observational data, not quantifiable measurement, of how that occurs. Our study was done to continue filling in that knowledge gap.”

Due to the continual shower of firebrands from the Dragon, multiple glowing firebrands reached the thatched-roof mockup. These accumulated on the surface, primarily near the bottom of the structure, with ignition occurring on average within 90 seconds. Once ignited, the fires progressed rapidly. Within 20 seconds of initial combustion in the majority of tests, flames reached the top of the roofing assembly and penetrated completely through it.

Manzello said that the results of the thatched-roof ignition tests using the Dragon to generate and distribute firebrands were compared with those from a conventional fire test in which firebrands came from a burning “wood crib” placed next to the target.

Workers are seen building a thatched roof on Japanese house.

“While the flaming firebrands from the crib ignited the mockups faster than the glowing ones generated by the Dragon, it’s probably not an accurate replication of what happens in a real outdoor fire,” Manzello said. “Most field observations during actual fire events have indicated showers of glowing, rather than burning, firebrands, so we feel our test method better reflects this important characteristic.”

Manzello said that the findings of the new study will initially be used by NRIFD to help Japanese fire services evaluate and develop effective counter measures to protect thatched-roof structures from urban fires that spread through firebrands. These include historical sites listed by the United Nations Educational, Scientific and Cultural Organization (UNESCO).

“After that, we hope that this knowledge will help others mitigate damage and loss from large outdoor fires in areas where thatched-roof dwellings are still used such as Denmark, England, France, Germany and southeast Asia,” he said. 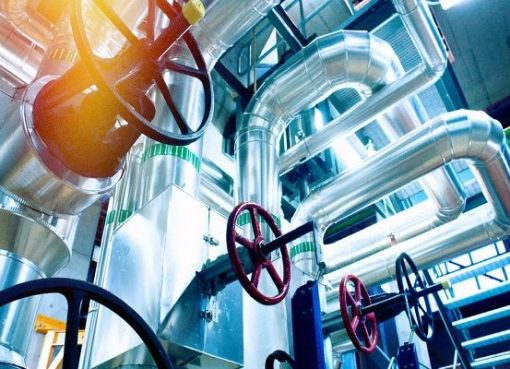 Why The Water Industry Must Embrace Digitisation 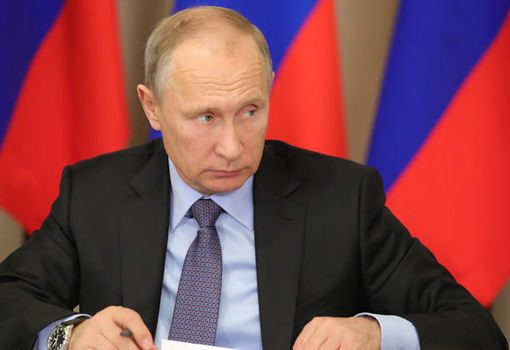 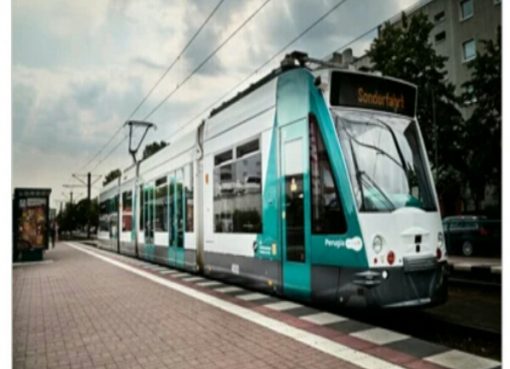